PLUS: Brunch with the international man of mystery! 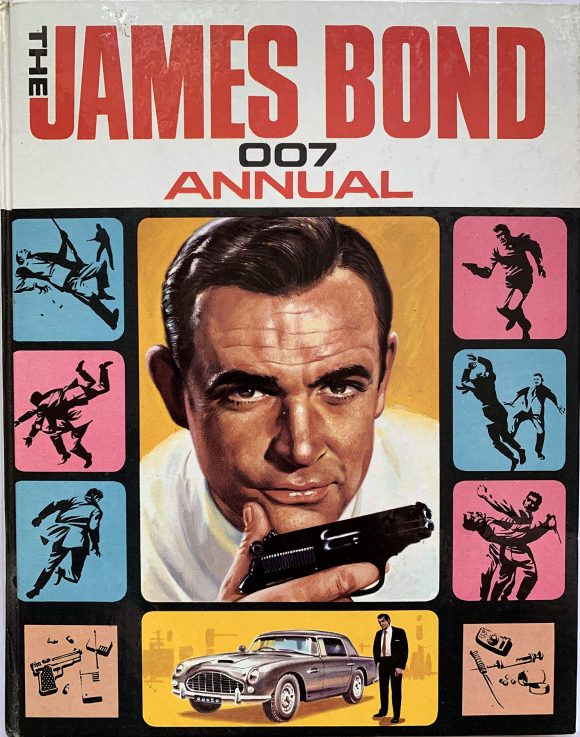 When a megastar like Sean Connery dies, fans are touched in a multitude of ways – a mixture of admiration, nostalgia and triumph with only the merest hint of sadness if the celebrity lived a robust 90 years like the original 007.

It’s akin to an unofficial holiday dedicated to one of the greats. (I myself watched three Bond films yesterday – Dr. No, You Only Live Twice and Thunderball. I put Goldfinger on at bedtime but fell asleep as the gunbarrel sequence unfurled.)

Here at 13th Dimension, we ran a series of tributes – which you can check out here – and heard from friends and fans of the greatest James Bond of them all. 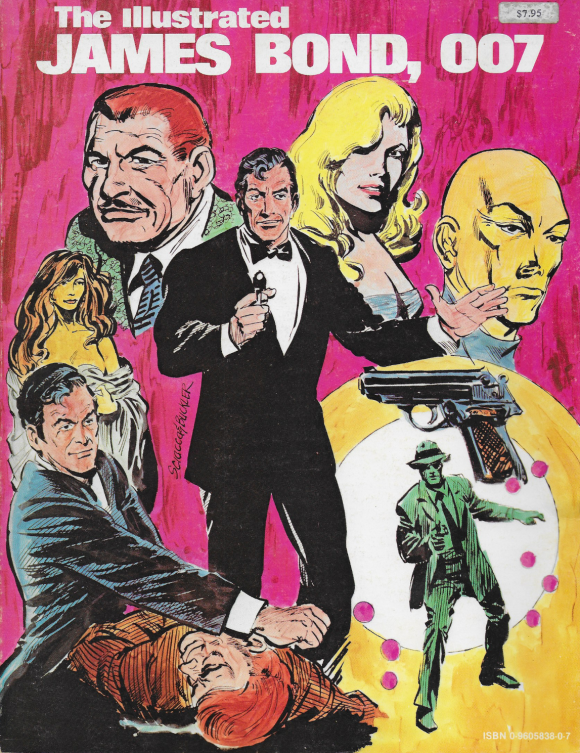 US. Cover by Tom Sciacca and Rich Buckler

One of them was Tom Sciacca, a former comics pro and regular 13th Dimension reader. We’ve corresponded a number of times and even met in person once (we live near each other). Tom, a big Connery fan, took it upon himself to send me a series of comics covers featuring 007 from around the world – and then topped it off by telling me that he’d once had brunch with the actor.

Unable to resist, I asked Tom — who also once illustrated the book cover for a collection of official Bond comic strips (see above) — to write a guest column, and he readily agreed.

So here’s the story of one fan’s meeting with a screen legend – along with 13 COVERS: SEAN CONNERY’S JAMES BOND AROUND THE WORLD. 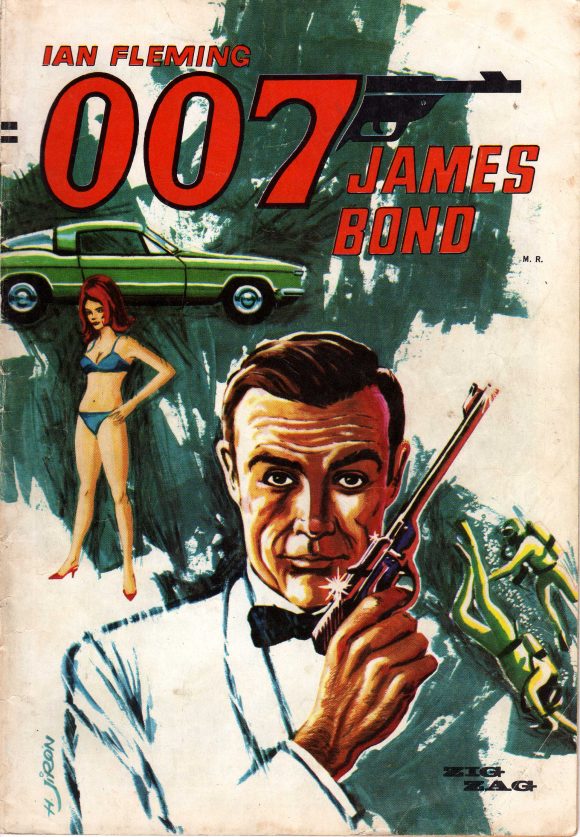 I was a mere 20-year-old lad from the Bronx, going part-time to Lehman College and freelancing part-time at Marvel Comics.

I was writing film reviews for the Lehman newspaper on a regular basis — so regular that I was going to three or four film screenings a week in Manhattan.

I had become friendly with the studio publicists and at a screening for Allied Artists, I had struck up a conversation with one of the studio heads, mentioning what a fan I was of Sean Connery, who was in their upcoming  film, The Man Who Would Be King. 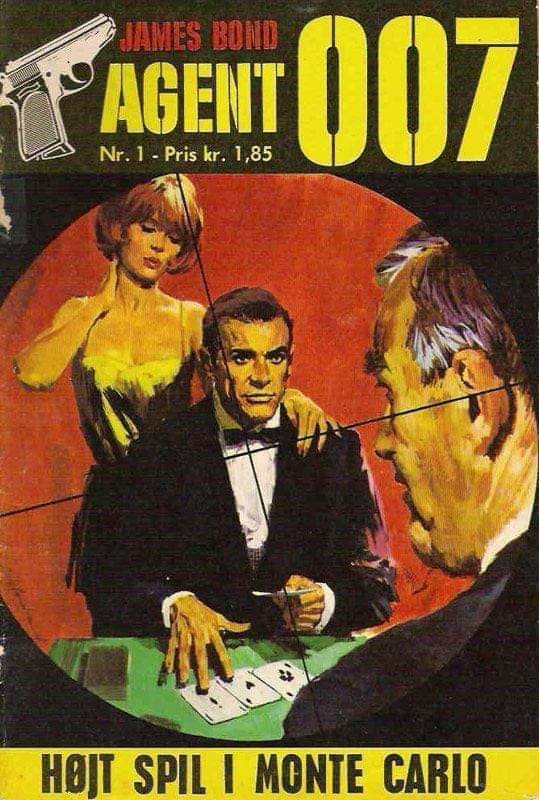 Somehow, for whatever reason, the studio executive invited me to a publicity brunch with Sean Connery, his co-star Michael Caine, and director John Huston. It was at the Warwick Hotel and it was my birthday — December 15, 1975.

I was told, however, not to reveal that I was a college writer, as this was for foreign press, so I went undercover as a freelance journalist. I went in one of the ballrooms, where a few tables were set up, plus a buffet table with breakfast.

So I took a seat, placed my tape recorder and 35mm camera down, went to the buffet table, grabbed a plate – and who bumps into me but 007 himself!

“No problem, Sean,” I replied.

I introduced myself, Sean got some scrambled eggs and then said, “Tom, can you pass me the ketchup?”

James Bond just asked me for ketchup! He puts ketchup on his eggs too!

Then Michael Caine and John Huston walked in — friggin’ Harry Palmer and the director of The Maltese Falcon and The Treasure of the Sierra Madre. Holy crap!

Of course, I was screaming inside my head but totally professional outside. I sat at the table with a couple of other journalists — who had no clue about movies — so I ended up asking most of the questions.

John Huston talked about doing The African Queen with Bogart, The Roots of Heaven with Errol Flynn — getting drunk with both.

I spoke a bit with Sean about Bond (his favorite film being From Russia with Love) and about his movie, The Offence, with Sidney Lumet — and he actually invited me to a screening of it the next day. We spoke at length about the upcoming U.S. presidential election; he thought Jimmy Carter would win.

We spoke about Scotland, his contributions to Scottish independence and the Tartan Army, which was blowing up oil pipelines. 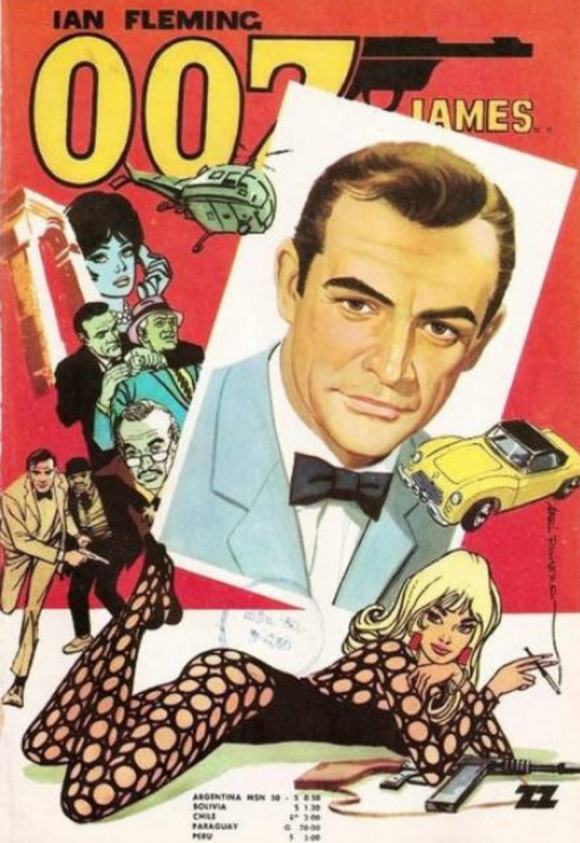 We were talking for an hour after the event ended and his wife, Micheline, had to get him to leave.

And at the end I got a birthday present — an autographed photo from Sean himself. 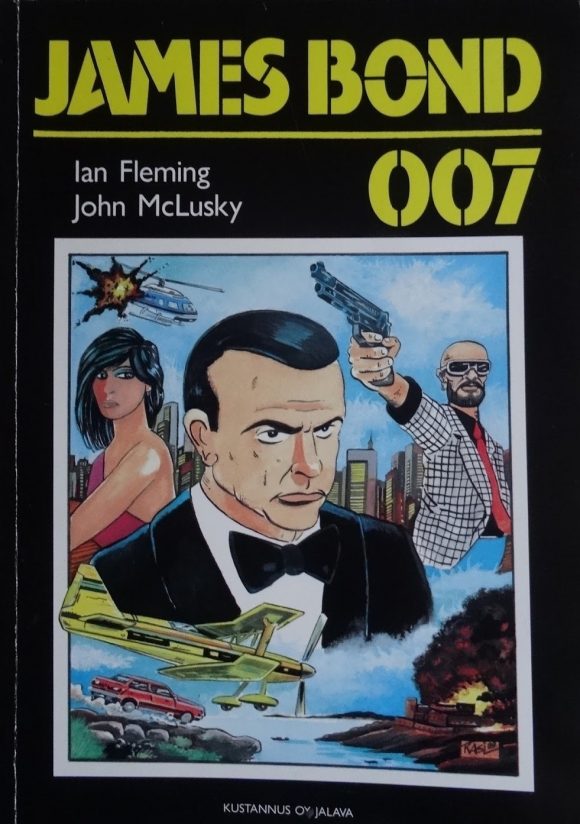 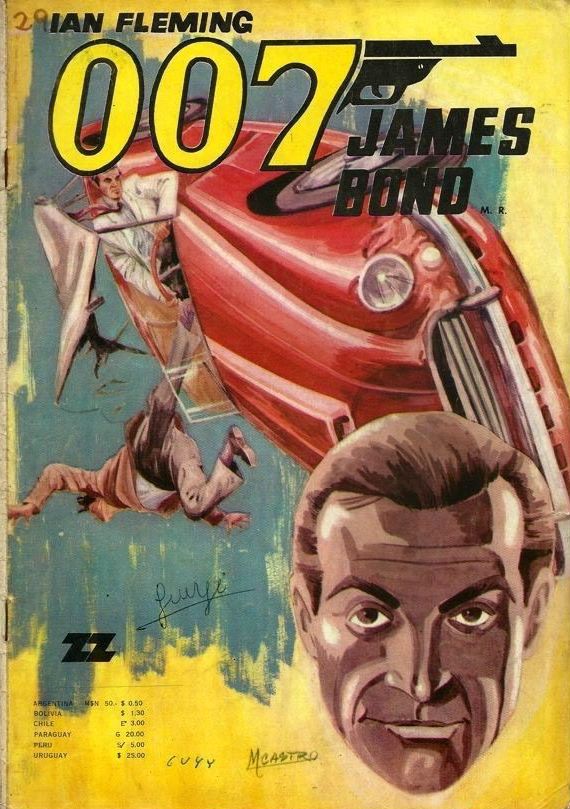 NOTE: If you have info correcting any of the source countries, please post in the comments!