SOCKAMAGEE! The clever concept gets its day in the sun… 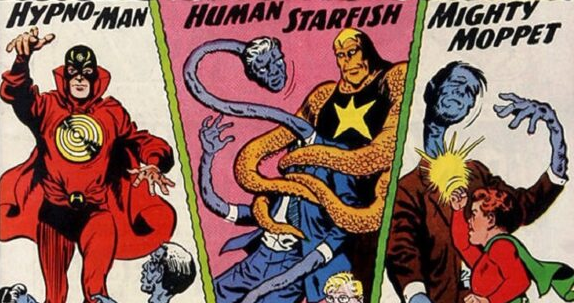 On November 18, 1965, House of Mystery #156 (cover-dated Jan. 1966) introduced us to teenager Robby Reed, who discovered in a cavern a glowing device that resembled a telephone dial (remember those?) that he thought could possibly be of alien nature or from another dimension.

Translating the 10 symbols upon it, he learned that if he dialed what translated as H-E-R-O, he would be transformed into a new superhero and by dialing the letters in reverse, O-R-E-H, he would return to Robby. What he didn’t know was that each time (mostly), he would become a different superhero. Some were fun, some were downright wacky, as you will see from the covers below. On other occasions, someone else used the dial’s letters V-I-L-L-A-I-N to become a bad guy, and Robby’s friend Suzy used it to dial H-E-R-O-I-N-E to transform into Gem Girl. 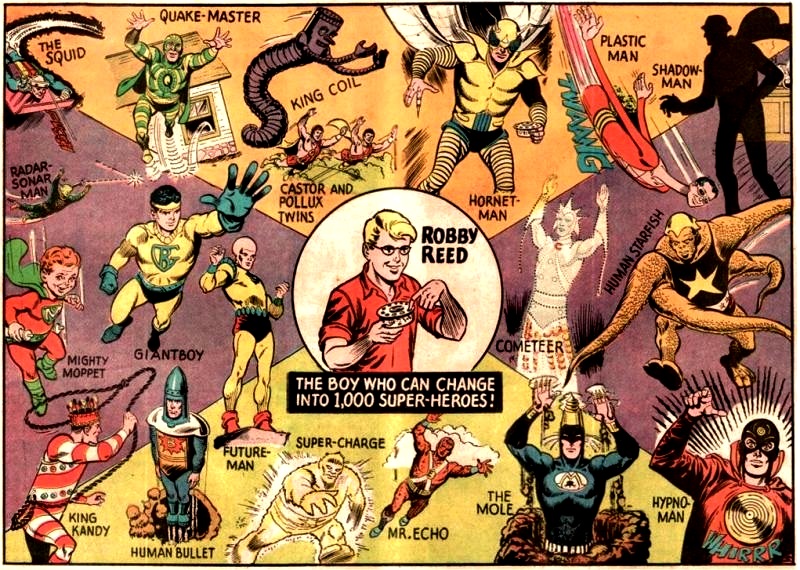 The Dial H for HERO series was primarily written by Dave Wood, with art by Jim Mooney, and ran in House of Mystery #156 through #173 (Mar.-Apr. 1968), after which the comic book title reverted to being a horror comic book.

The original dial, or variations of it, would go through a number of hands over the years, as recently as 2020. DC’s website in 2021 listed all the characters that came from this — more than 300 so far — and you can find the roster here.

Meanwhile, here are 13 COVERS from the initial run, all with art by the great Jim Mooney: 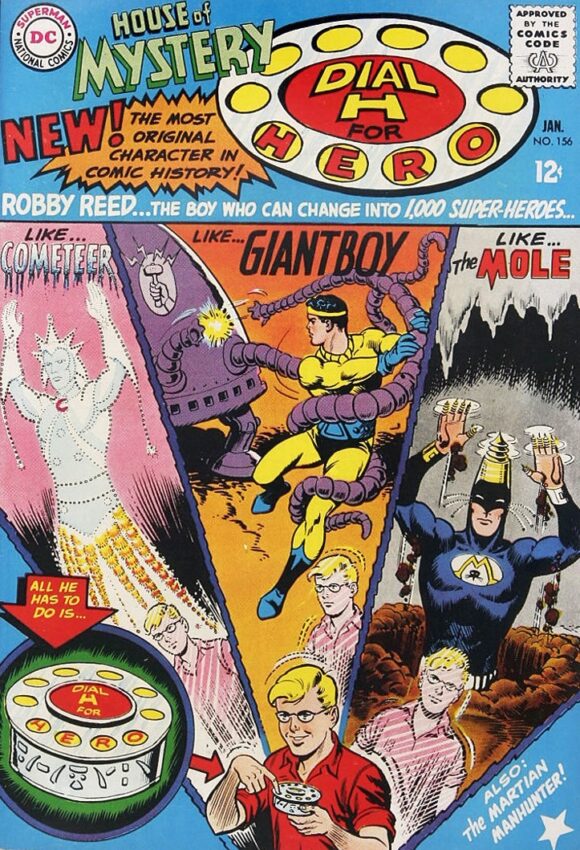 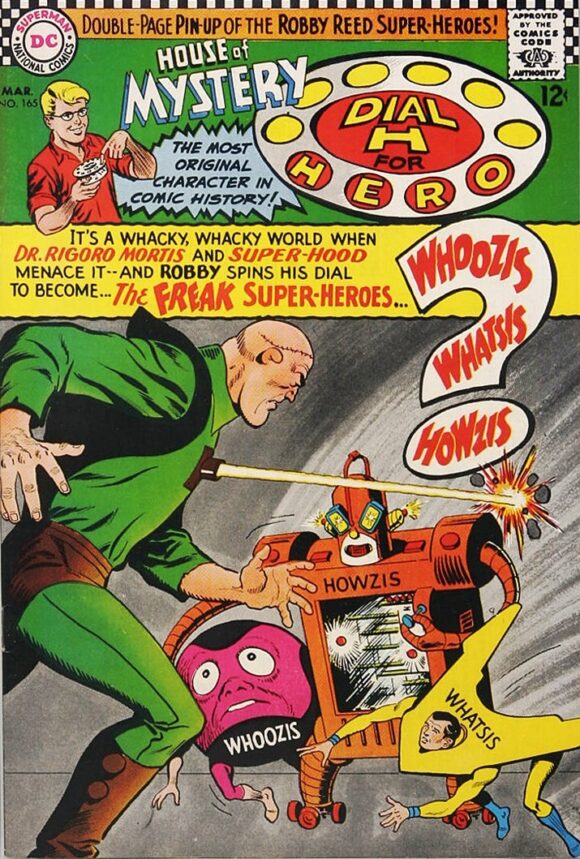 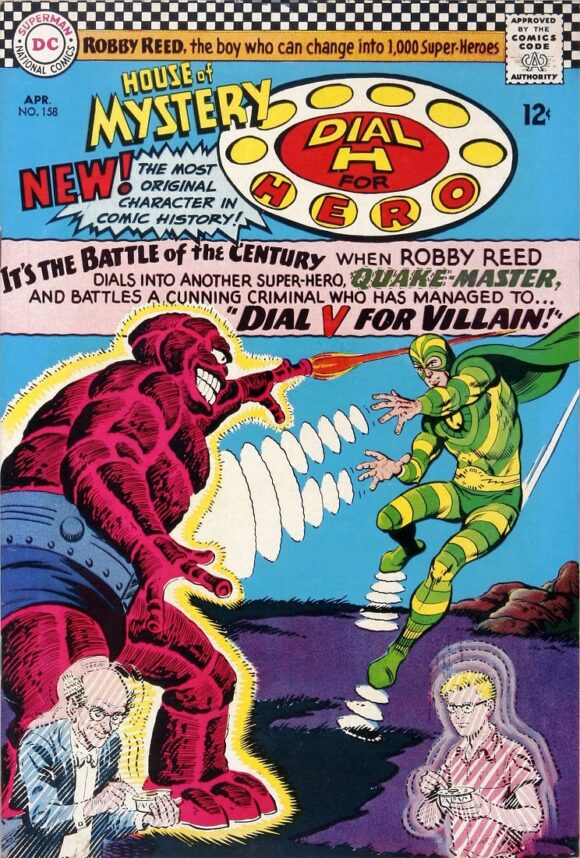 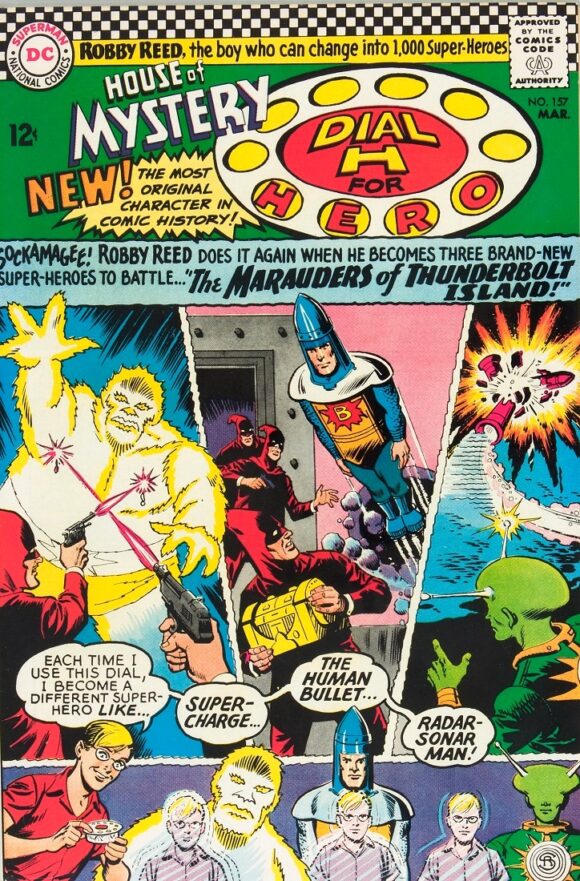 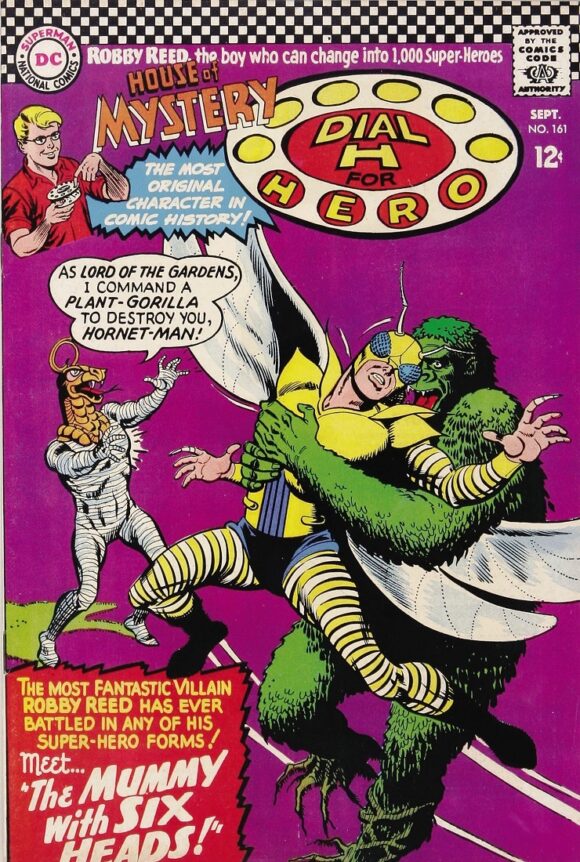 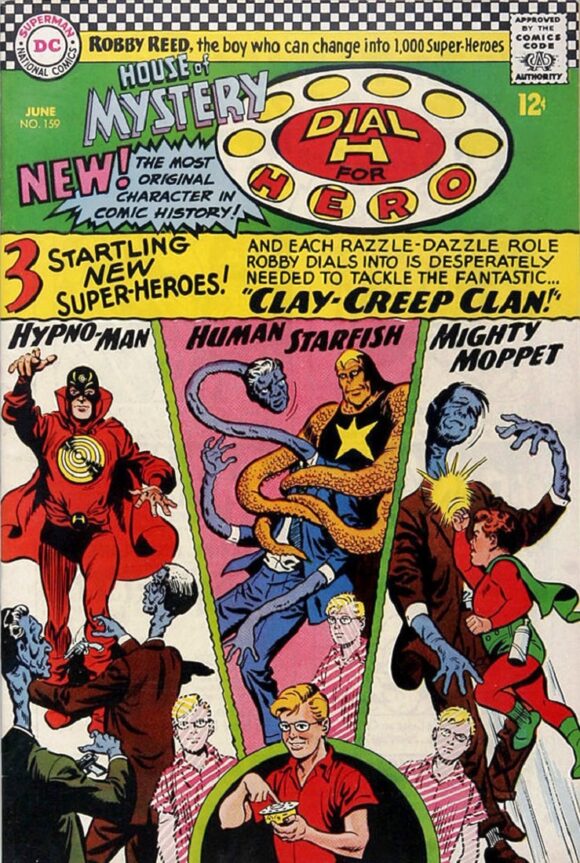 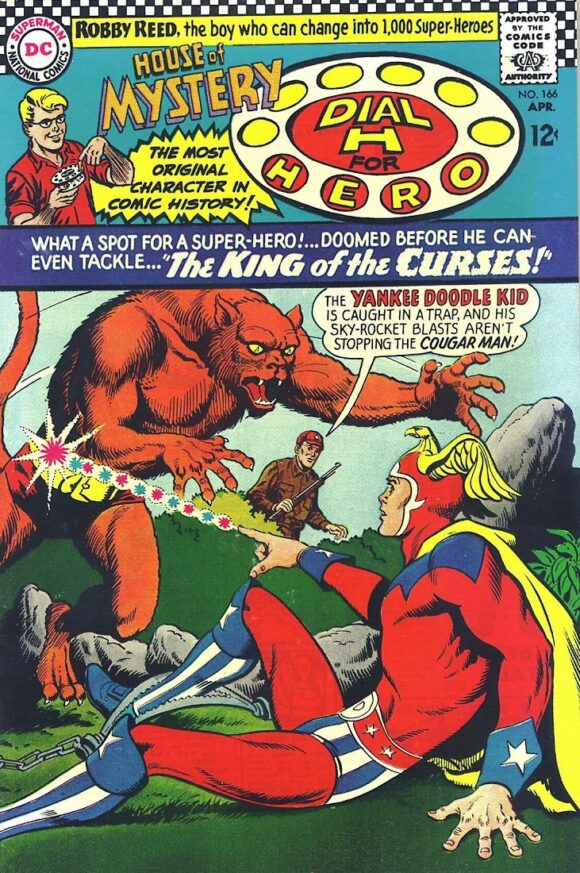 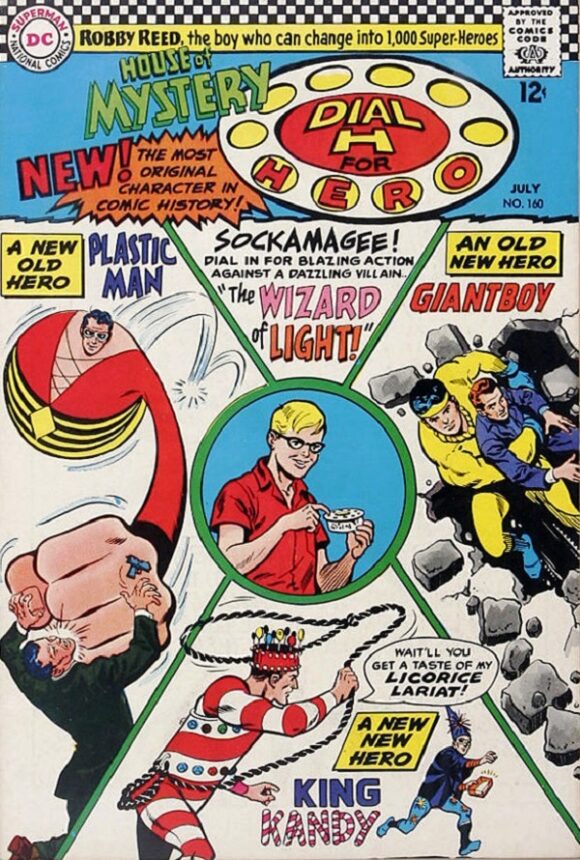