YOU SHOULD BE READING THIS: Red Sonja

Home » RANDOM STUFF » YOU SHOULD BE READING THIS: Red Sonja

Our man Menachem Luchins is back with another awesome suggestion of a book that you really need to check out. 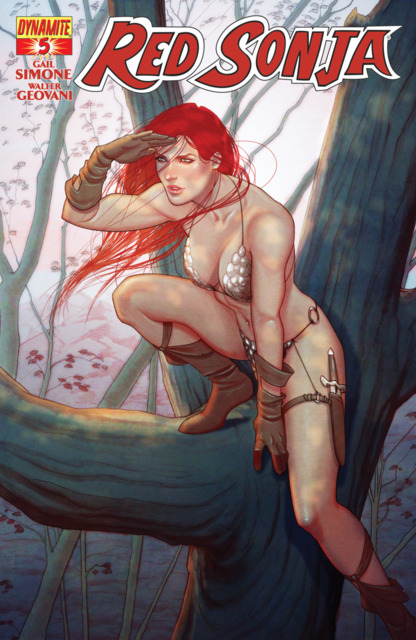 It’s a long story for another time, but the year I started buying monthly comics again was the same year that Dynamite launched their own Red Sonja comic. Having a wife who was obsessed with the Sonja film as a child, I thought it would be a fun book to get. I was wrong. Three issues in, I abandoned the book due to its overly complex art and far too simplistic writing.

Since then I have read many, many, many more comics and Red Sonja has just been, it seems, chugging along. Once I opened the shop (Escape Pod Comics in Huntington, Long Island), I noticed there were some interesting Sonja mini-series besides the main book, so I got the first issues. I was always disappointed. Now I know what you’re thinking: Why would the indie-loving, Cerebus-touting, creator-owned-pushing comic dude even THINK he’d like Red Sonja comics?

I’ll tell you. Despite my “public persona,” I quite enjoy a fun story without too much heavy subtext. Plenty of books in my reading pile are not “deep” or “meaningful.” The only criteria I have for a comic is that I enjoy it enough to pay for it. The art and the story should work and the overall whole should absorb me long enough to make me stop thinking about the medium and just read. And, guess what? I like tough barbarian heroes. I like redheads. I like tragic back stories. So, if Dynamite  got their act together, I’d like Red Sonja, right?

Well, they did get their act together. Gail Simone’s re-launch of Red Sonja is exactly what we need with this character and Walter Geovani’s art is just the perfect blend of lush and deadly to match Sonja’s story and personality. (Not to mention some awesome variant covers by the likes of Jenny Frison, Fiona Staples and many others). What makes this Sonja work is how lean and straightforward everything is: the storyline, the art, the characterization, and the plot-twists. It’s exactly what a barbarian babe adventure should be!

Pitting Sonja against an almost parody version of herself, Dark Annisia, allows you to be aware of how balanced and believable Simone’s Sonja is. As always, I will avoid plot spoilers but the flow and movement of the story is also such as to let each single issue feel independent of the larger whole while still moving things forward. 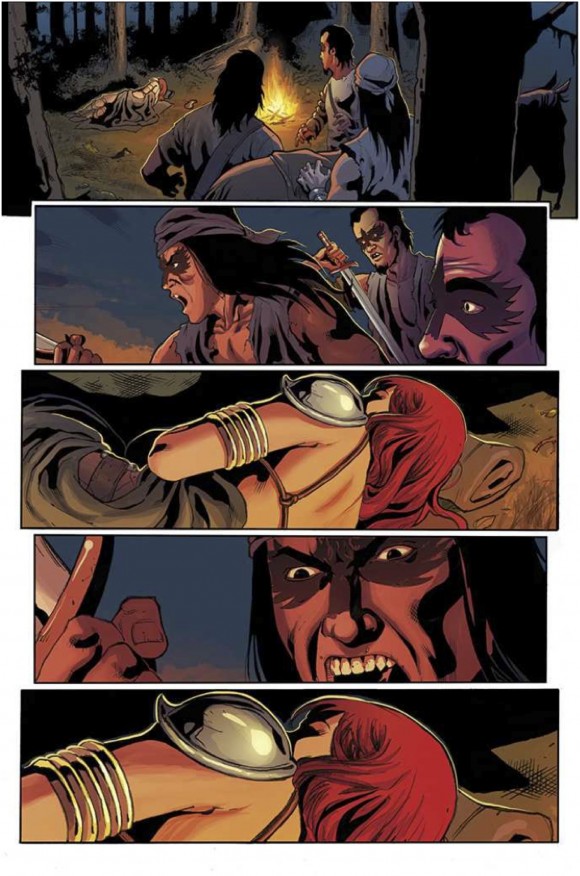 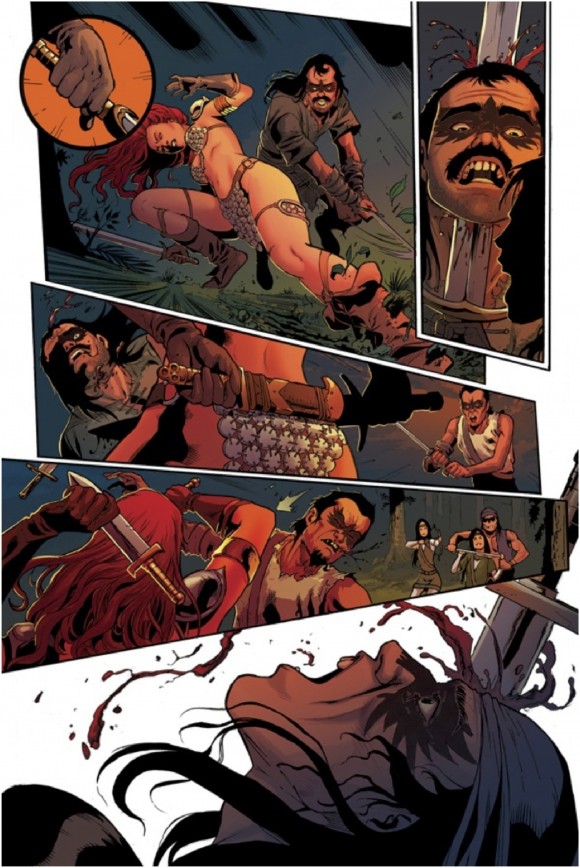 Put bluntly: Red Sonja is the action/adventure comic that you always wished someone would make, the one that so many books you’ve read could almost be but never quite were. Fun but not ridiculous, serious but not pedantic, sexy but not sexual, bloody but not gory, I’d say this book was a perfect monthly guilty pleasure but there’s really nothing to be guilty about!

Who would like this book: Readers of Frank Cho’s Savage Wolverine and Dark Horse’s Conan, especially the earlier Busiek issues, watchers of Xena on TV and the first Conan film.

Red Sonja, published by Dynamite Comics, is available at comic shops and digitally through Comixology.

Menachem writes You Should Be Reading This a couple times a month. More here.