That Julian Totino Tedesco is at it again! 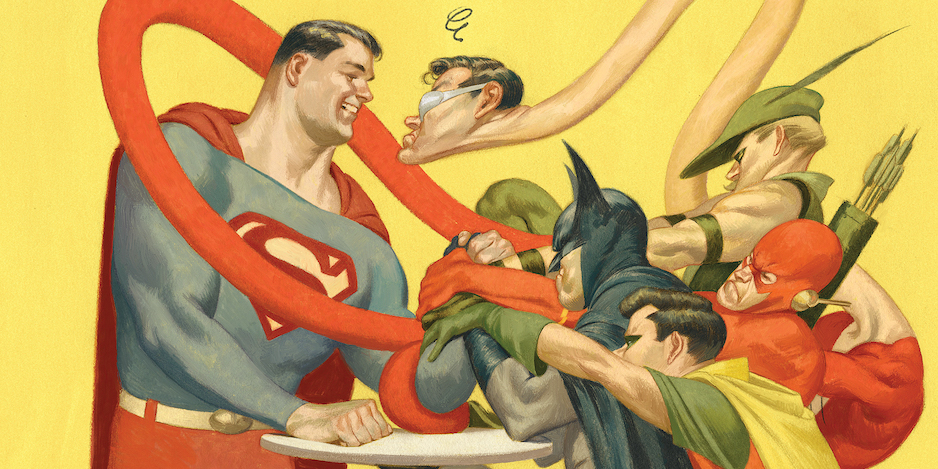 If you’ve been following along over the last year or so, you know that I’ve become kind of obsessed with Julian Totino Tedesco’s Action Comics variant covers, which not only celebrate various aspects of the Man of Steel’s history, but also pay tribute to the concepts and styles that made him so popular to begin with.

Well, there’s another one in the offing — Feb. 22’s Action Comics #1040, which echoes the playful gags you’d see on Supes’ Golden Age covers. 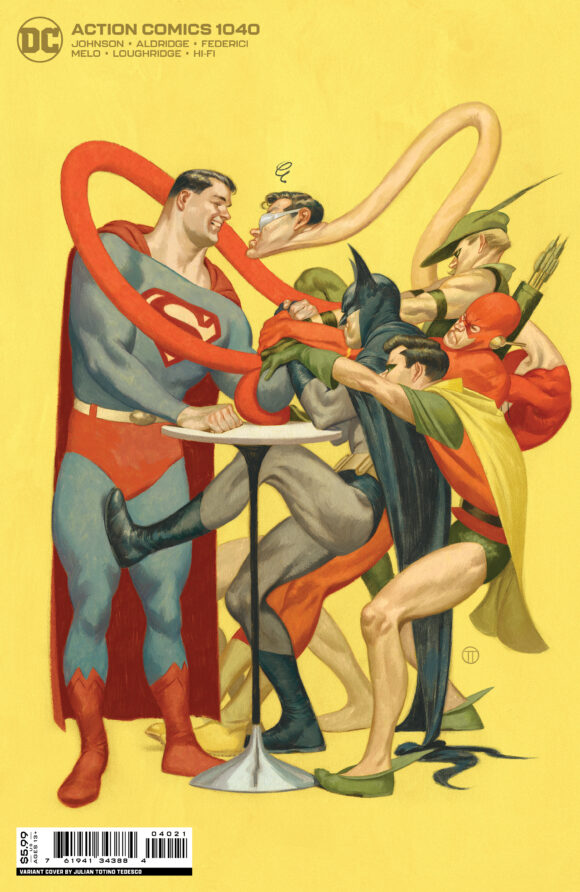 I love it. Like I said, it’s a total riff on the humorous Action and Superman covers of the ’40s and early ’50s — or, perhaps even more accurately, World’s Finest, given the appearance of Batman and Robin among the heroes. 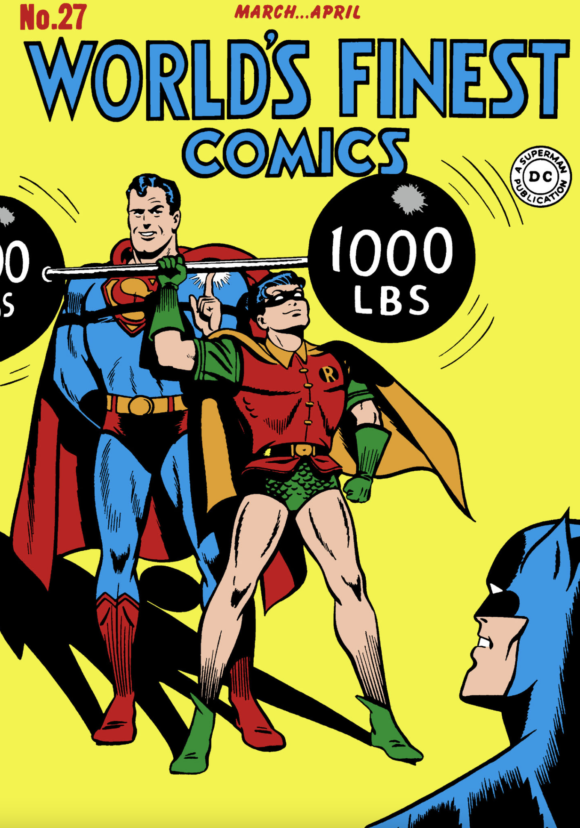 Y’know, this kinda thing is probably ripe for a 13 COVERS gallery.

— This is an ACTION COMICS Cover You Need to See. Click here.