A never-ending battle for truth, justice… 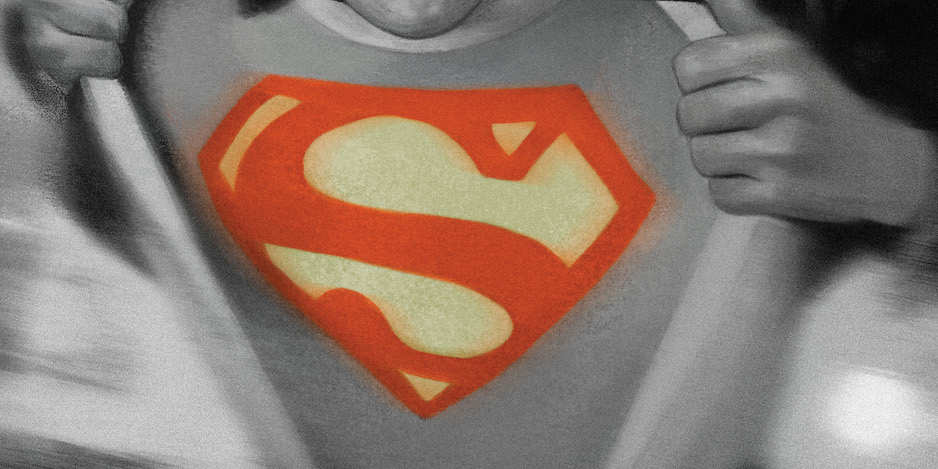 Typically, if you see modern artists pay tribute to Superman of the past, it’s more likely to be a salute to an artist like Curt Swan or a defining actor like Christopher Reeve.

George Reeves of the 1950s Adventures of Superman doesn’t get the same level of attention these days — but Julian Totino Tedesco appears to address that in his upcoming variant cover for June 22’s Action Comics #1032. 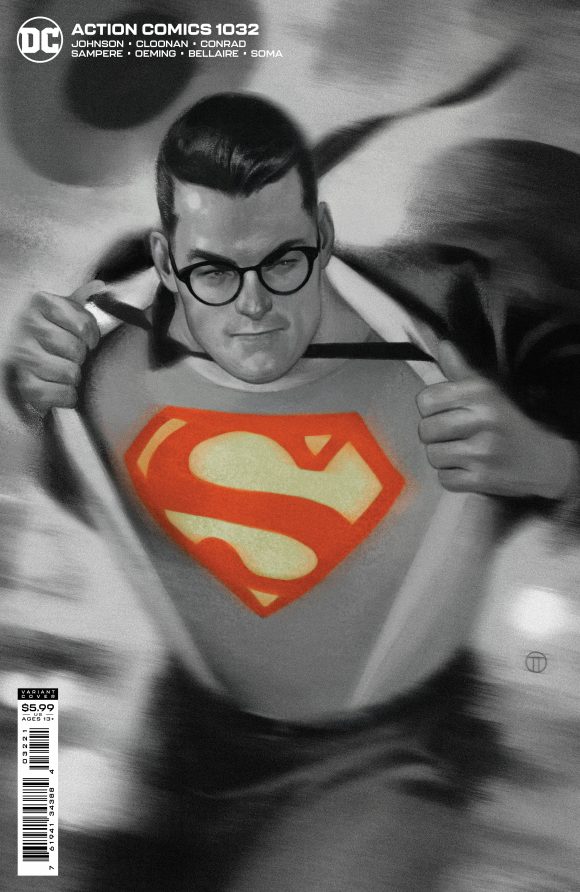 — Is it a dead ringer for Reeves? No. DC won’t use his exact likeness. Instead, the artist captures the spirit of the show’s black-and-white years with a Clark Kent that certainly bears a strong resemblance to the star — to the point where it almost looks a like a publicity still: Superman’s got some beefiness to him and he’s got the determined eyes, slick-backed hair and round glasses, to boot.

— The “S” seems drawn from Christopher Reeves’ version, but that’s a quibble with something this striking. Whether it was Totino Tedesco’s intent or not, the whole package works as an artistic homage to the TV Superman who inspired generations of devotees.