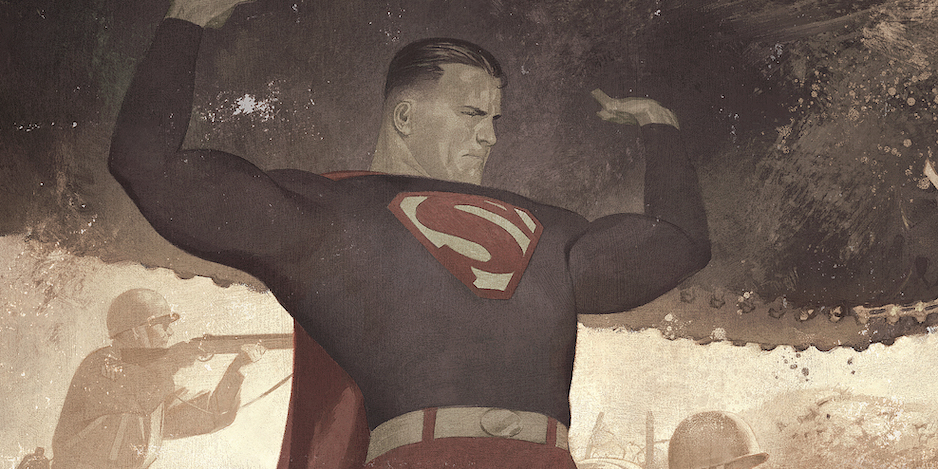 This is one of those “record scratch” moments, when you’re moseying along doing your thing and then you see something and hear that sound in your head that makes you stop dead cold. 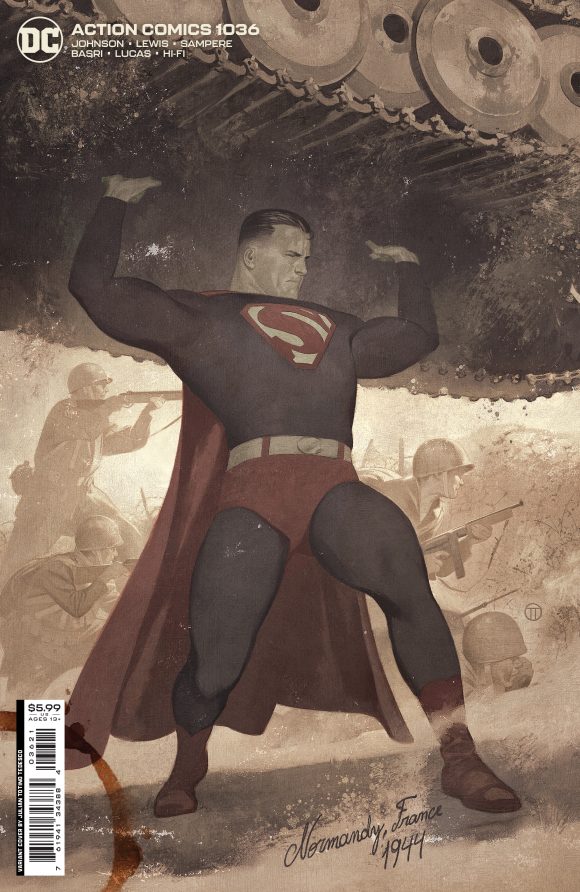 Totino Tedesco has done something here that is exceptionally rare — crafted a modern Superman cover that truly captures not just the feel but the symbolism of the Man of Steel in the Golden Age. (Other superb illustrators like Steve Rude and Michael Cho are also really great at this sort of thing, but to me personally, this one stands head and burly shoulders above.)

The artist has turned in a number of old-school Action variants in 2021, including one that appears to homage George Reeves. But this is something else entirely — a powerful image of grit and awe that reminds us why Superman has endured for more than eight decades.

There are also hints of both Action Comics #1 and Frank Miller’s The Dark Knight Returns #3: 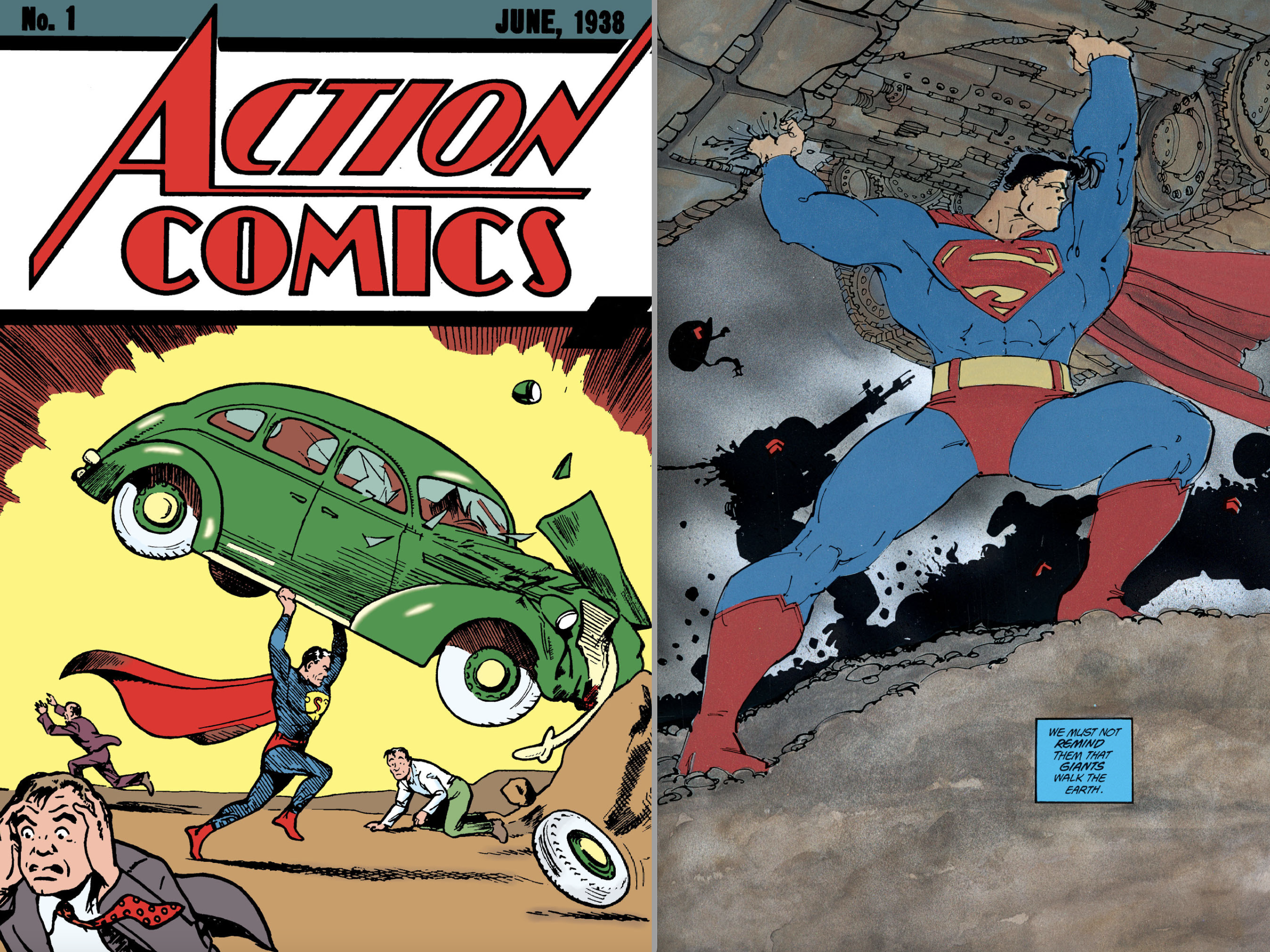 But the clearest influence appears to be H.J. Ward’s 1940s portrait — with its six-sided Superlogo — that became widely known as the cover of 1974’s Limited Collectors’ Edition #C-31: 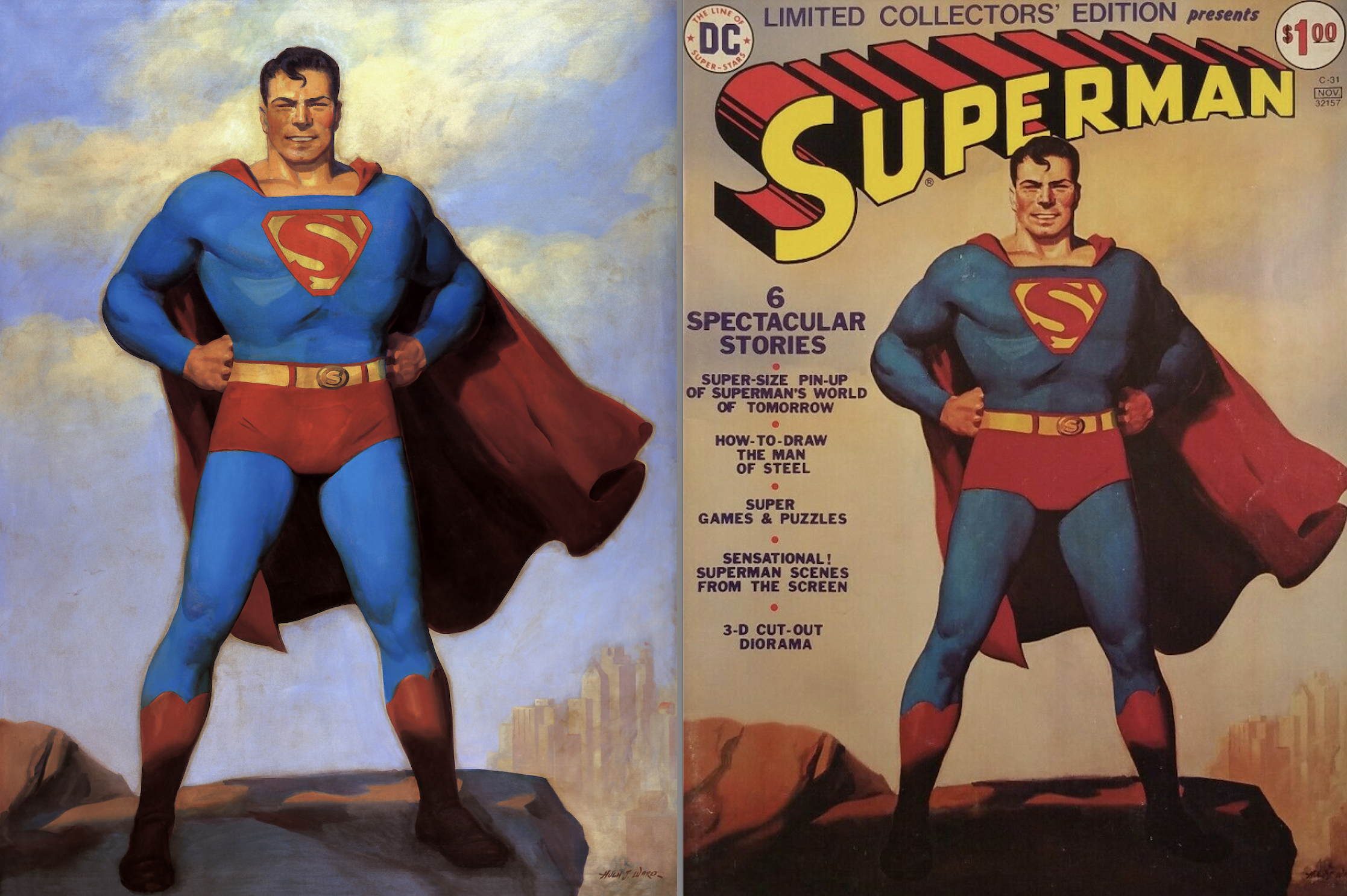 Some folks resent variant covers, and I understand all that. But I look at the best of them as affordable works of art in their own right — and Julian Totino Tedesco’s vision certainly qualifies.