TOYHEM: It’s not all Mego this year. Get ready for some SECRET WARS…

We all have a few memories of new toys on Christmas morning that still seem fresh in our minds, despite the sore back and middle-aged gray in our hair. For me, I vividly remember opening Secret Wars figures at the age of 9 and marvelling (pun intended) at how cool they were. You can imagine my excitement when I unexpectedly opened the Tower of Doom playset. I spent a fair amount of that Christmas day deep in play, breaking them in. 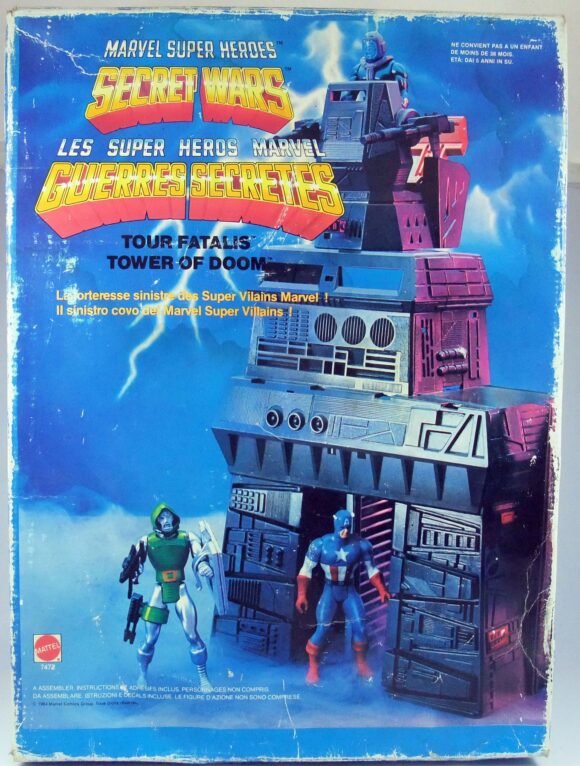 Secret Wars was Mattel’s answer to Kenner Super Powers and as a kid, they were interchangeable in size — meaning DC vs Marvel games. To rank my TOP 13 MARVEL SECRET WARS FIGURES, I went back to my own childhood figures, which I still own in what I’d call “well-loved” condition. The pictures that follow are the very same ones Santa Claus brought me decades ago. (Except for Kang — I couldn’t find him.)

13. Daredevil. Dead last is Daredevil. For whatever reason, my figure seemed to change color after opening him (see picture). The limbs turned this weird stained color. Probably the least exciting figure from this set. 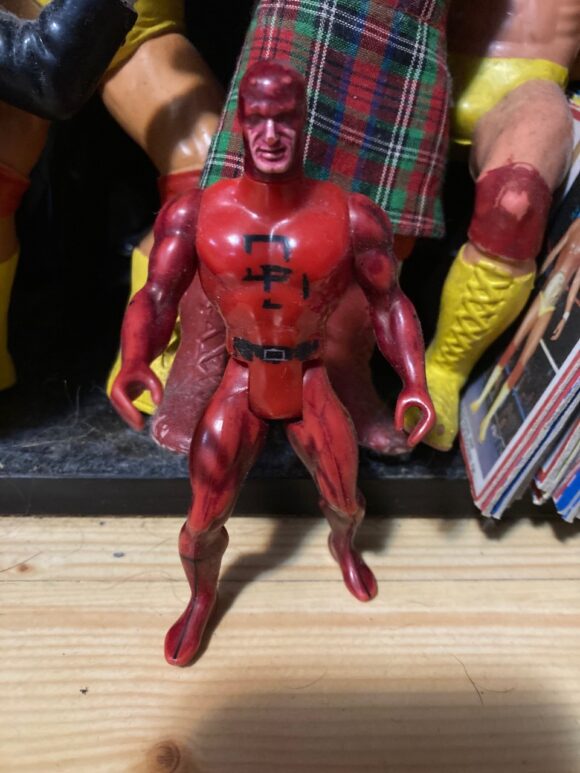 12. The Falcon. The only figure in the collection with wings! Cool feature. I recall having him team up with DC’s Hawkman in games as well as act as rivals. Probably my favorite Falcon figure ever made. 11. Black Spidey. The first black Spidey figure is still my favorite. I remember feeling like this was a big deal as a kid to get a Spidey toy in a black suit instead of the classic design. 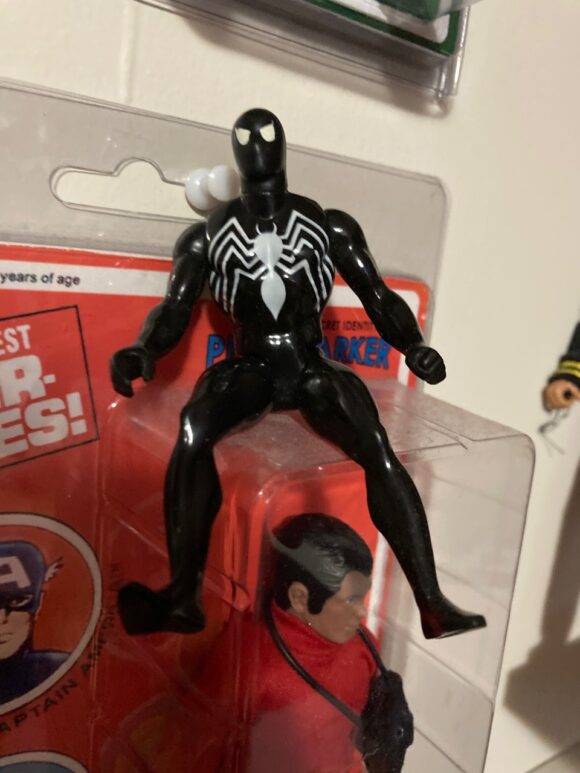 10. Wolverine. This figure was my introduction to the character at age 9; I’d never heard of him and was never an X-Men guy. The claws are what made him cool and to this day I credit this toy as the reason I prefer the brown suit over yellow. 9. Magneto. Not sure what it was about this very basic figure, but I always liked it. He was just a cool bad guy and i had fun pretending he could move objects around with his mutant powers. 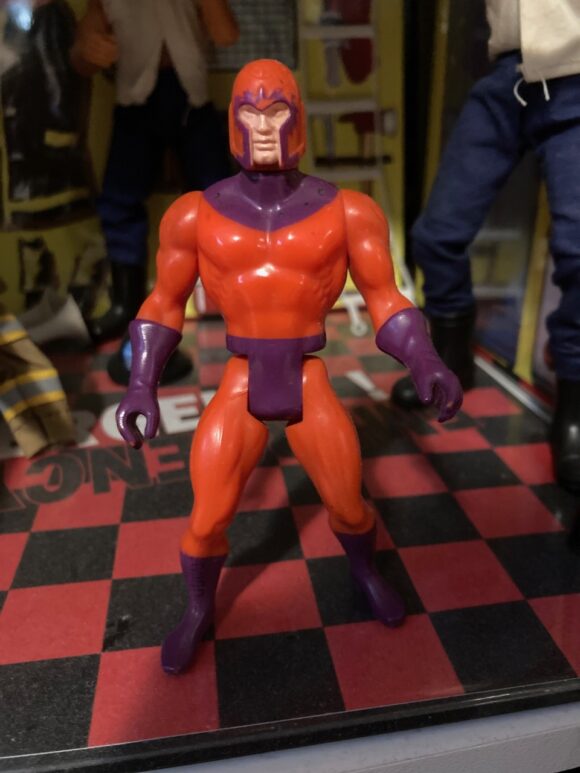 8. Doctor Octopus. There’s one thing I love about this figure… the head sculpt. It’s a dead-on likeness of Doc Ock. He was in much better shape than I remember in the comics and could have used a rounded belly. My Doc Ock’s arms fell off from playing, which I think added to the play value as I found they sometimes got in the way. 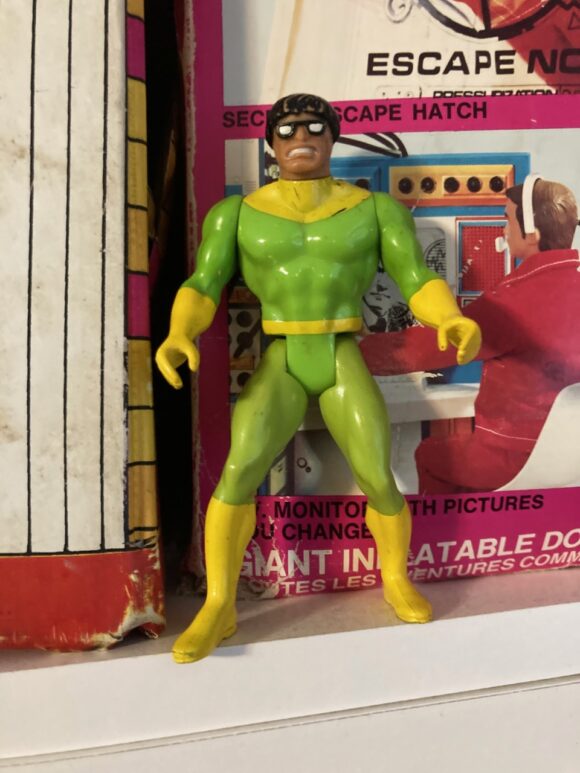 7. Hobgoblin. I wish they’d have sold Green Goblin instead but it was 1984 and this made sense. The glider was an amazing touch and added a lot to the play value for this character. The colors really popped and the figure remains a favorite of many. 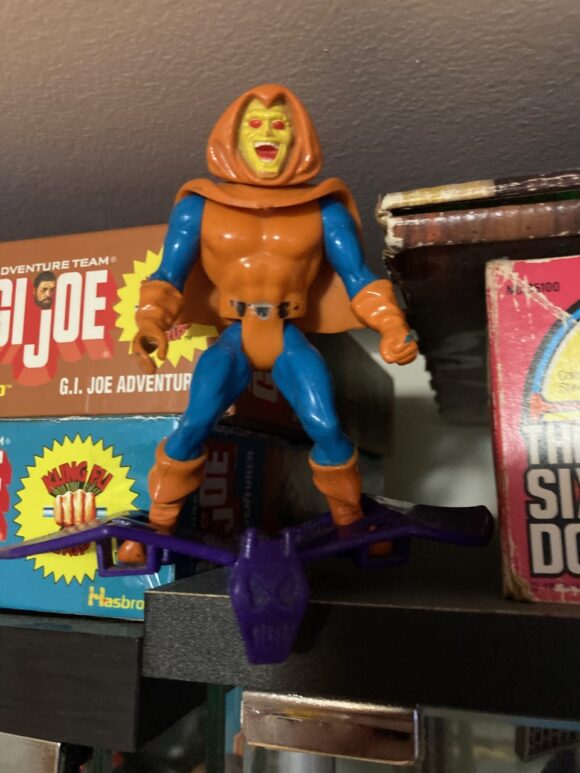 6. Spider-Man. Not even in the Top 5? I love Spidey; he’s second only to Superman in my book but this figure didn’t do it for me. The peanut head bugged me and the webbing detail came off so easy. But hey, it’s still Ol’ Webhead! Like most kids, this was the figure I carried around with me most. 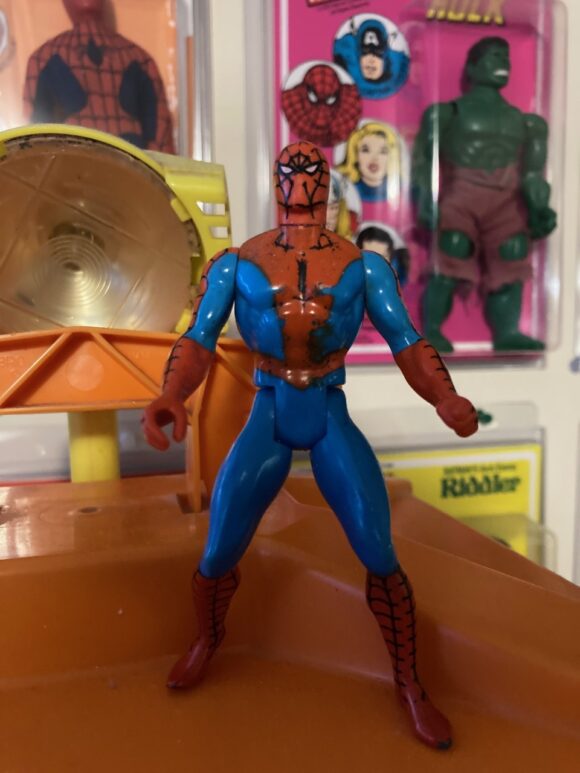 5. Kang. When I received this toy, I had no idea who he was, which is part of the reason I liked it. I got to create his character myself. His purple color scheme reminded me of Hypnos and as I got to know who Kang was, this toy remains how I envision his appearance (we won’t talk about Disney+). 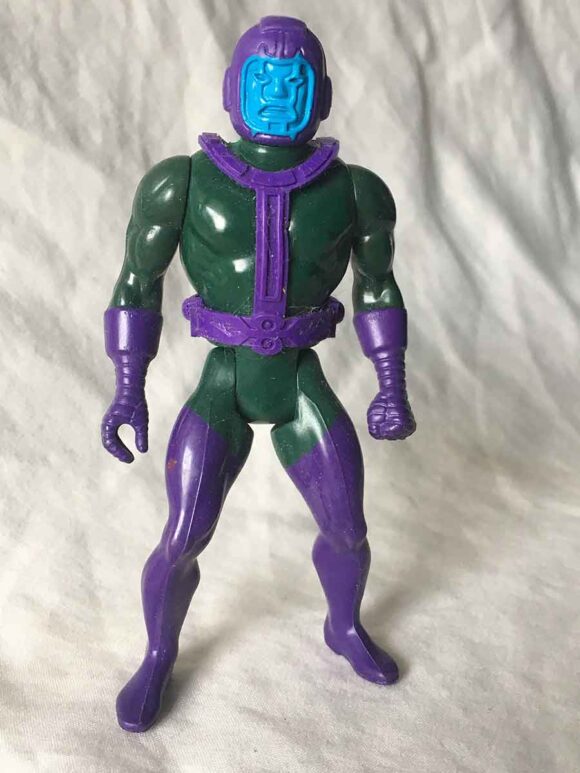 4. Captain America. I didn’t care for the hologram shields that came with these toys, but at least a shield was a part of Captain America’s outfit. Since he didn’t come with his regular one, I substituted the shield with the version that came with Mego Pocket Heroes’ Cap. You’ll see in the pic that the red stripes on his belly wore off and my Mom replaced them with red nail polish. 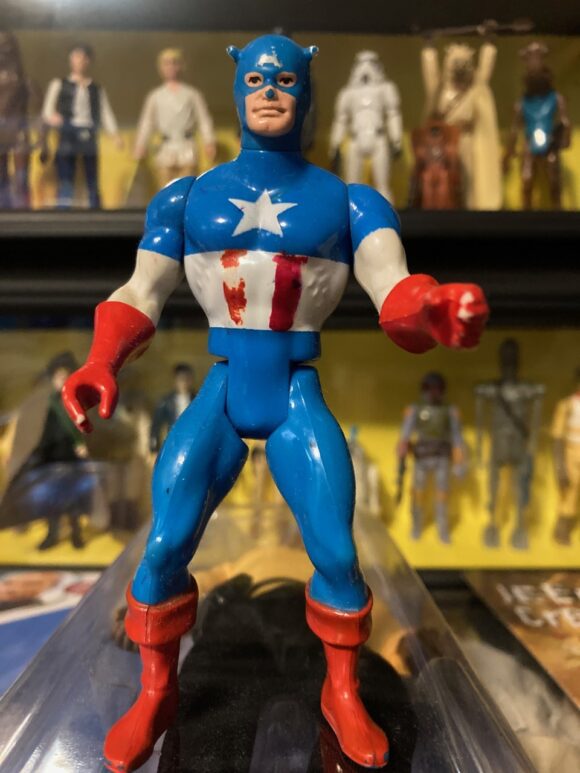 3. Iron Man. I love my Mego Iron Man, but THIS figure got it right! Every detail was captured perfectly on this figure, giving me the perfect Iron Man toy. 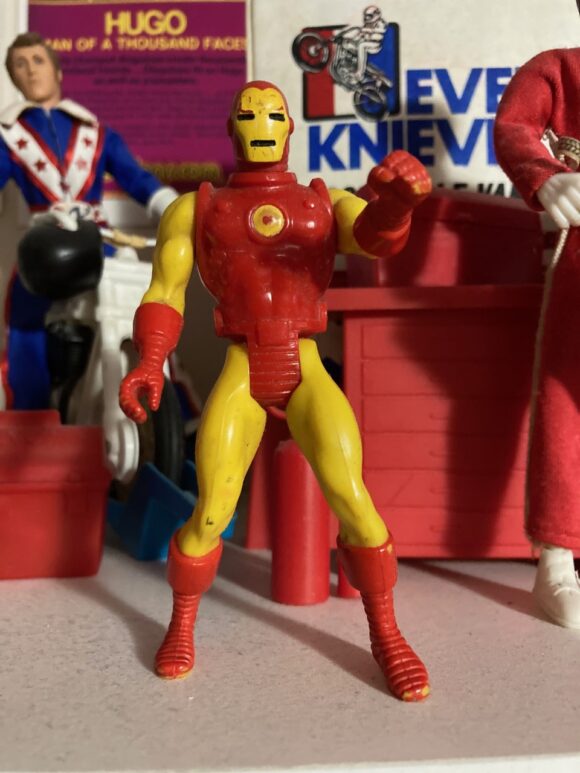 2. Dr. Doom. This was literally the first time I ever owned any action figure of Doom and he was made cool. Not only that, the playset (Tower of Doom) was his. He was the bad guy boss. I always seemed to have a thing for silver action figures like Bulletman or Dr. Steel. 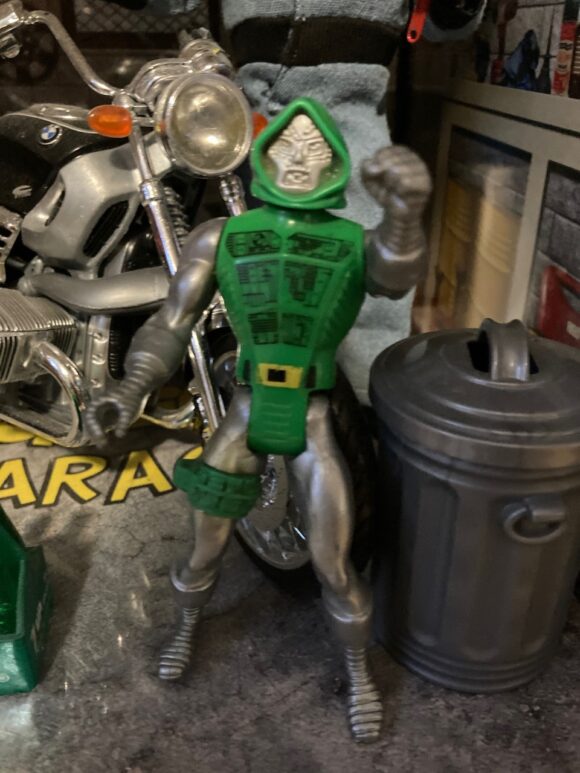 1. Baron Zemo. Yeah, you’re probably surprised by this choice as #1. I come from a family of boxing fans and my brothers and I made all our action figures box (or sometimes wrestle). Zemo’s removable belt served as the world title belt. Not only that, the shape of his left hand allowed Zemo to land an impressive chokeslam that would make WWF’s Kane proud. 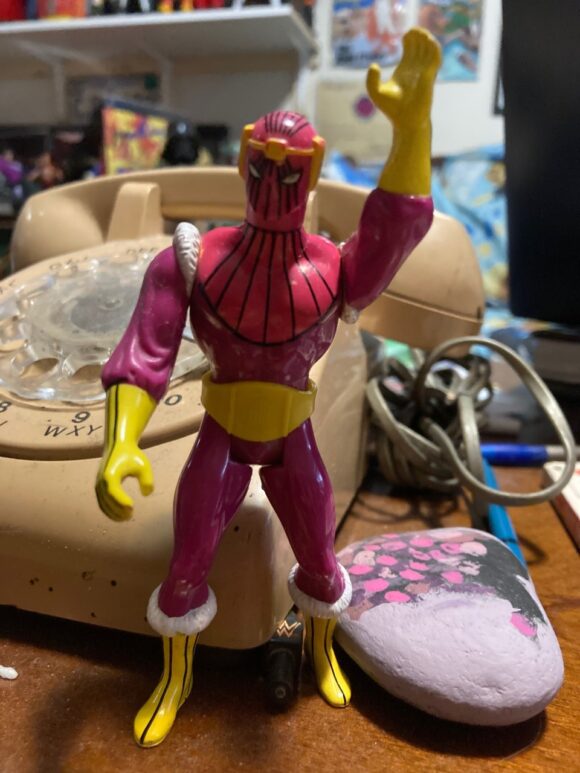 Jason Young is a historian and DIY publisher who has written four books on groovy pop culture: The Wonderful Artwork of Wax Wrappers, An Old School Halloween, Power Trip and the forthcoming Whitman’s World of Coloring Books. 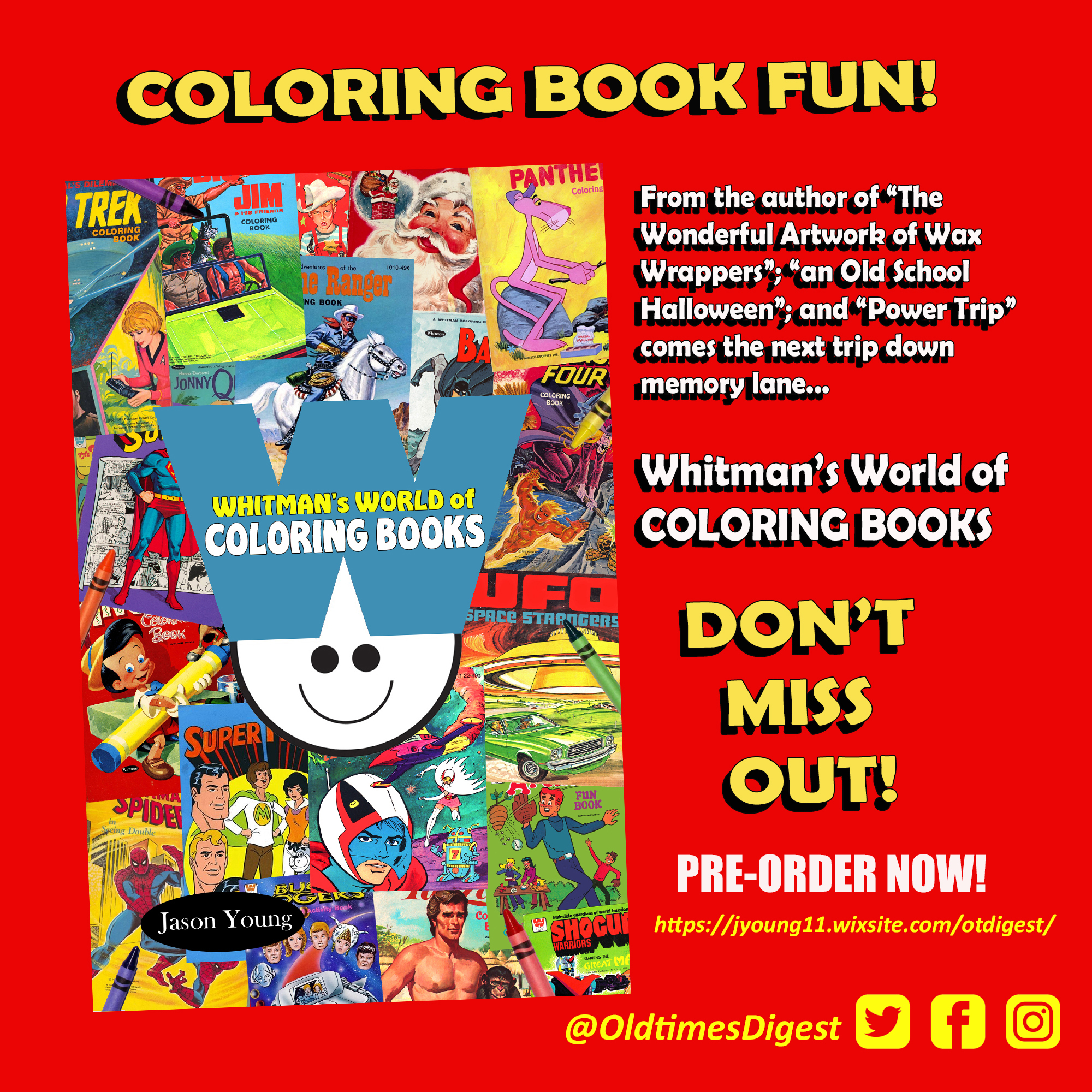