This Week in AXIS: This is The End

Home » REVIEWS! » This Week in AXIS: This is The End 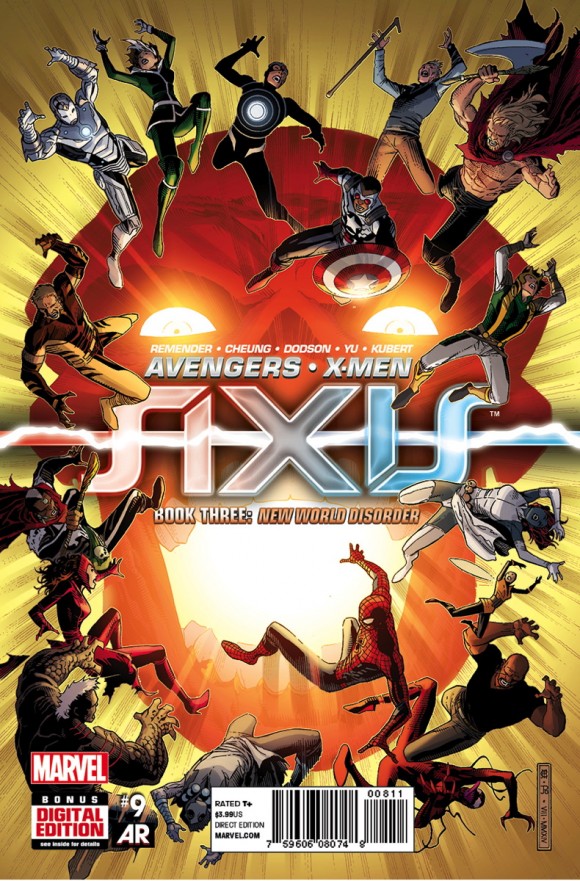 Avengers & X-Men Axis #9. Writer: Rick Remender. Pencilers: Jim Cheung, Terry Dodson, Leinil Francis Yu & Adam Kubert. Inkers: Mark Morales, Dave Meikis, Gullermo Ortega, Mark Roslan, Rachel Dodson, Jim Cheung, Leinil Francis Yu, Adam Kubert. Colorist: Paul Mounts.
Well, it ended strong. Axis #9 is a little too busy with some subplots that really go nowhere — Thor/Loki springs to mind, it had a cool visual conclusion but was not integral to the story — but the conclusion leaves the Marvel Universe in an interesting place moving forward and isn’t that the mission statement for crossovers like this? The conclusion was a fun meditation on the nature of heroism and the inevitability of villainy; it just took too darn long to get there. 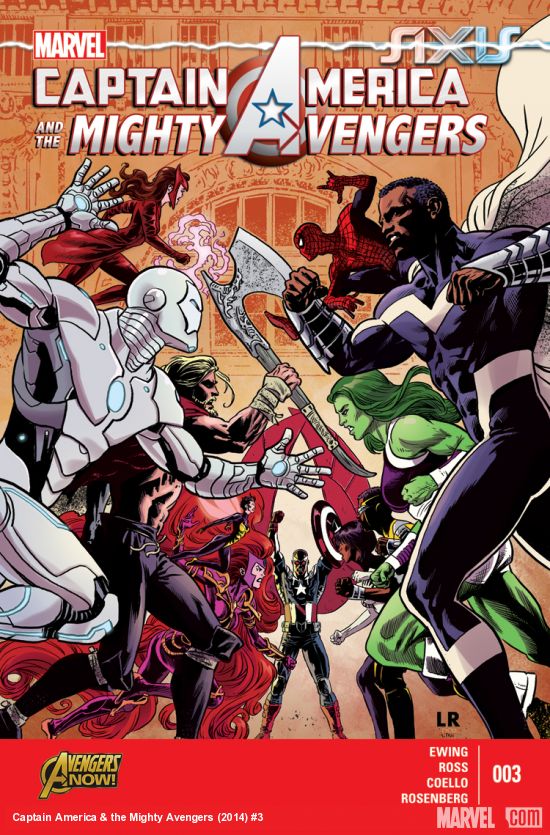 Captain America and the Mighty Avengers #3. Writer: Al Ewing. Artists: Luke Ross and Iban Coello. Color Artist: Rachelle Rosenberg.
Underneath a wonderful Avengers/Defenders War homage cover is an issue that suffers from Axis-itis. Ewing has a flair for each of the Mighty Avengers, particularly Blue Marvel and Spider-Man, but the book seems directionless because it launched with a fractured team thanks to the Axis Inversion. This issue, the inverted Avengers led by Iron Man and Captain America Sam Wilson fight the Mighty Avengers, and that’s really it. It’s very clear Ewing and company are just biding their time until they get their characters back, which should happen next issue.