THIS is the Greatest BATMAN/SUPERMAN Fight Ever

MERCH MADNESS REVIEW: Forget the movie — battle it out on your table top. 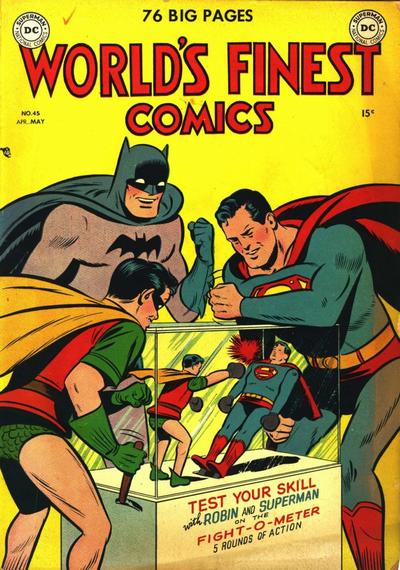 I didn’t care much for Batman v. Superman. (If you care to know why, click here.)

But that doesn’t mean the merchandising machine hasn’t produced some pretty cool stuff. Mattel, for example, has put a superhero spin on Rock ‘Em Sock ‘Em Robots by recasting the red and blue boxers as Batman and Superman. 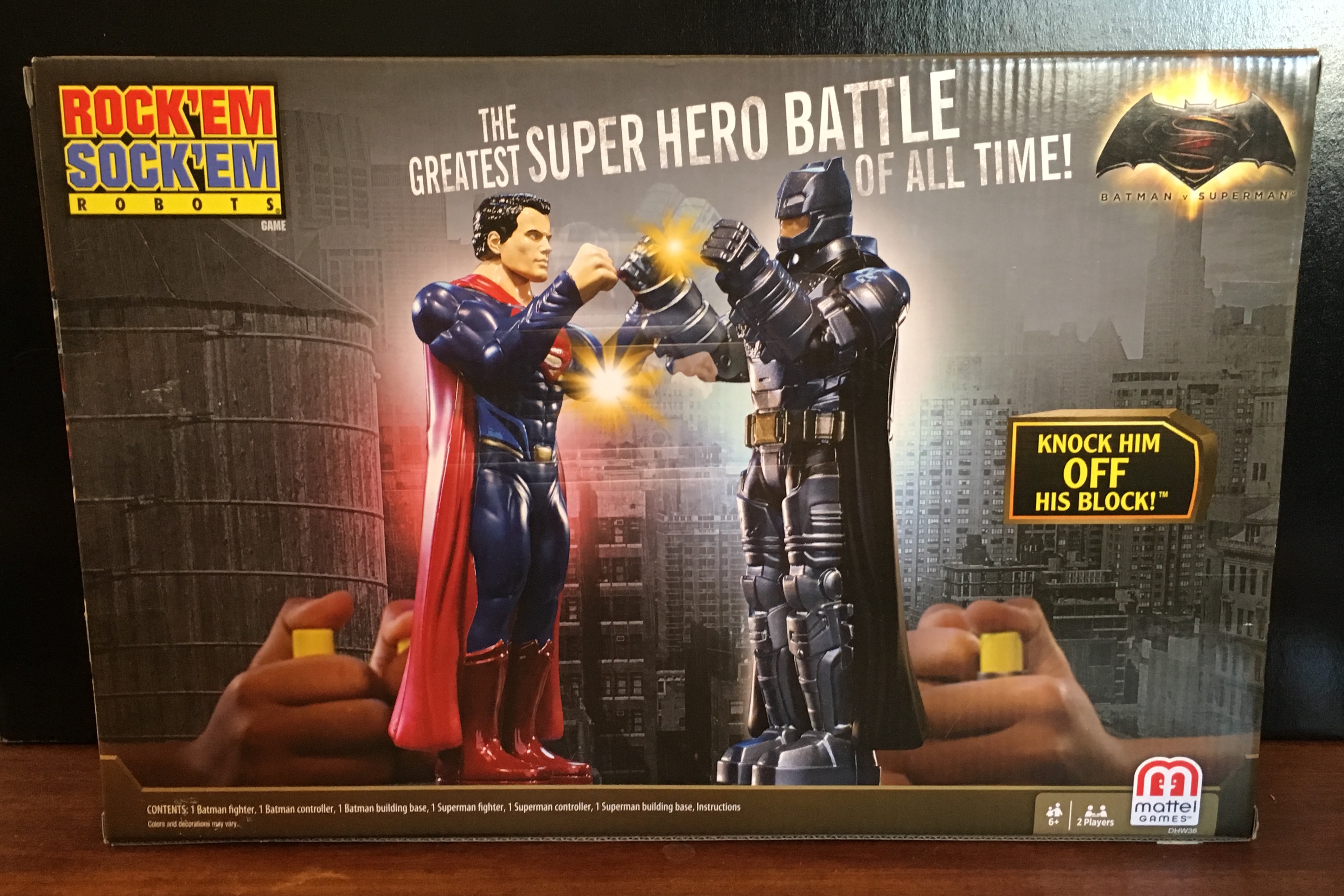 It’ll cost you about $25, depending on where you get it.

Great Caesar’s ghost is it fun!

It’s basically the same set up as classic Rock ‘Em Sock ‘Em, except there’s no ring and you don’t knock your adversary’s block off. Instead, if you pop the other guy just the right way, you knock him completely off his feet. 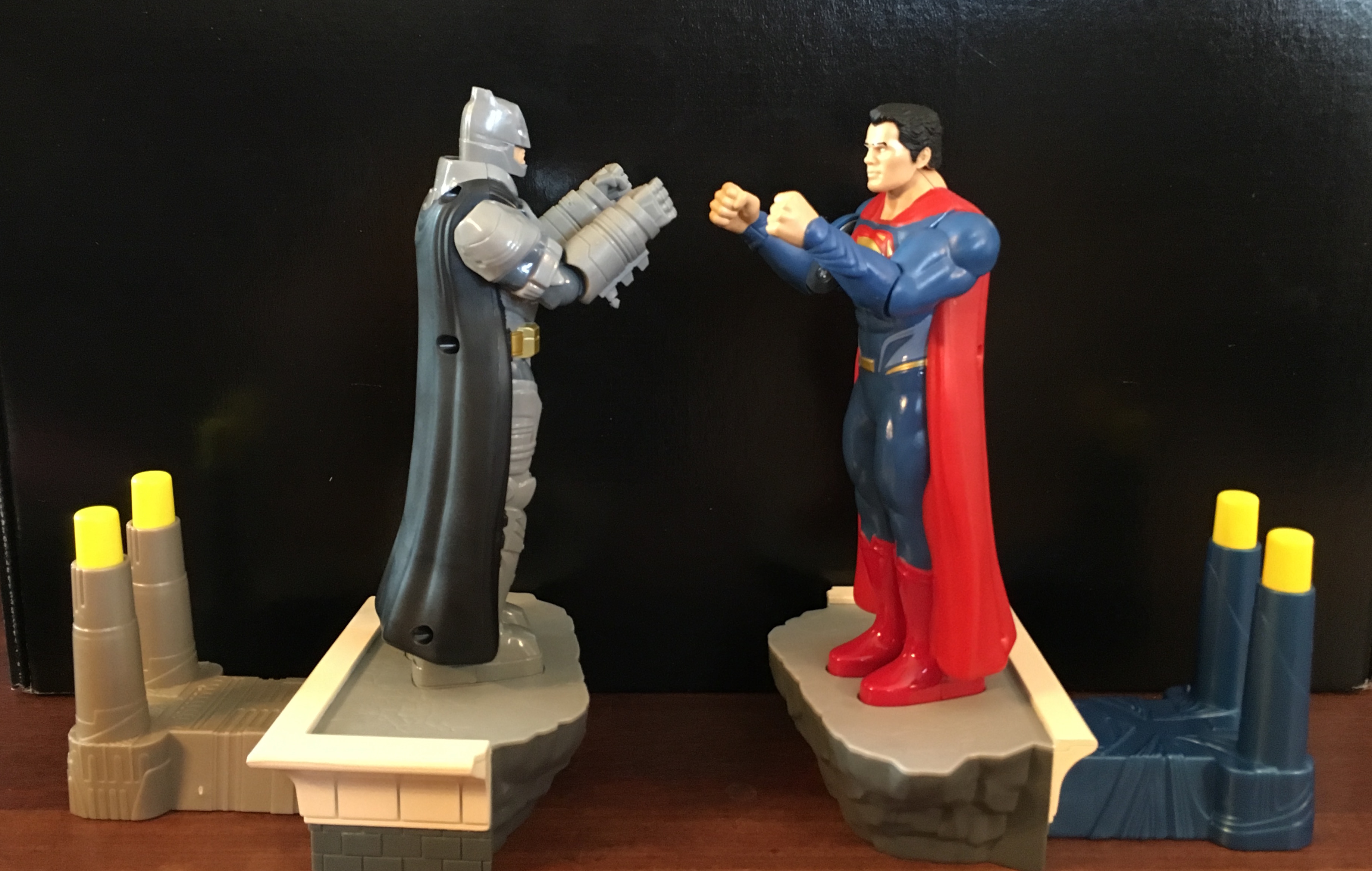 As is typically the case, rounds don’t last long because two evenly matched players will get their licks in fast before one of them smacks the other in the right spot. Very quickly, you’ll find yourself squaring off for best 6 of 11, etc.

It’s hard not to whale on the buttons with force, but eventually, it seems, one of the figures will become more vulnerable than the other. In our set Superman is now tougher to knock out than Batman.

Then again, that only seems fitting. 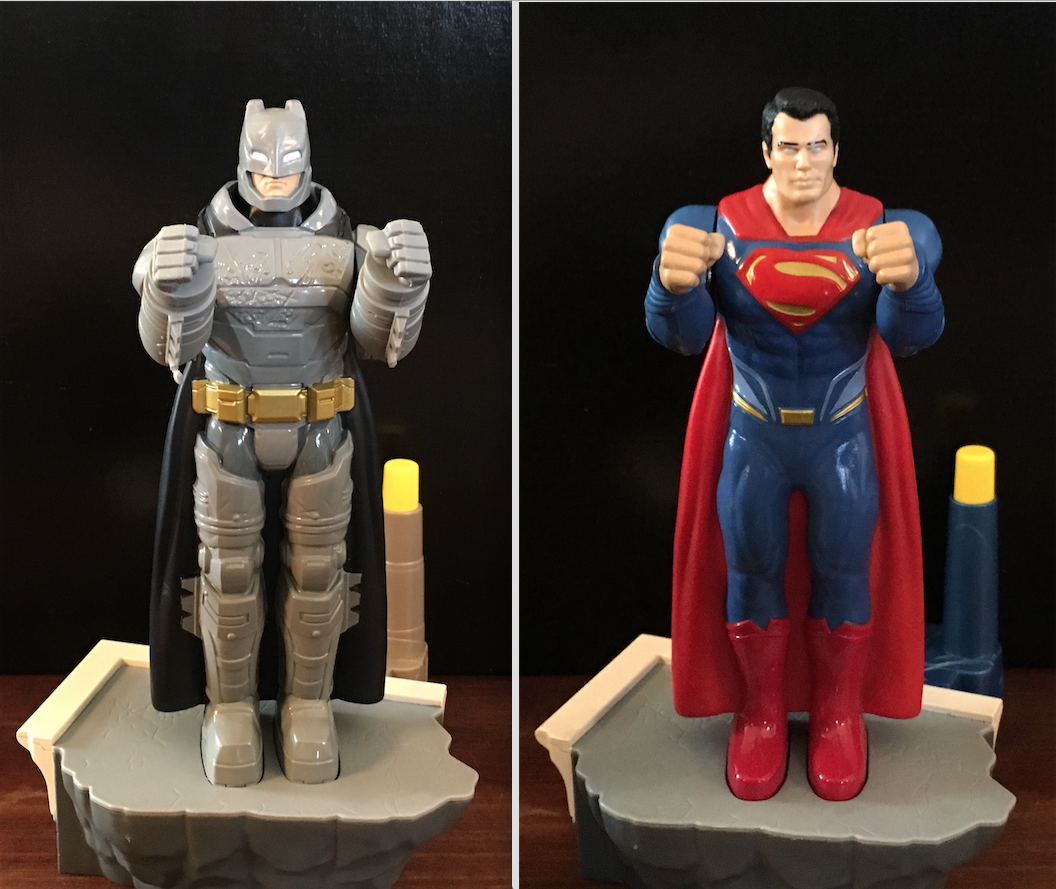