This Groovy Retro CATWOMAN Illustration Will Make Your Day

I love it when I scroll through Twitter or Facebook and see an image that just knocks my socks off.

And so it was the other night that this groovy image by animator James Tucker popped into my Facebook feed: 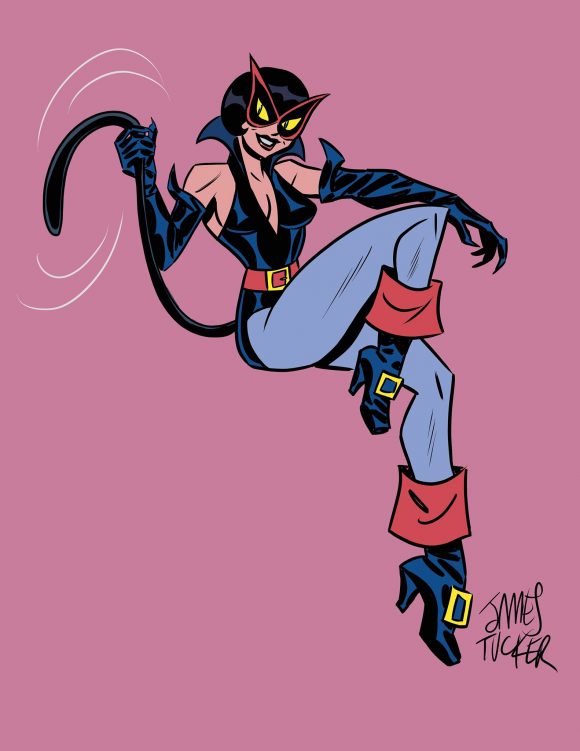 In this image, Tucker — probably best known for his brilliant work producing Batman: The Brave and the Bold and the two animated Batman ’66 features — accomplishes something I don’t think any other artist ever has: He’s made the oft-maligned “pirate Catwoman” outfit, which premiered in 1969 and was used through the mid-’70s, look damn cool.

And that’s really saying something when you consider the major talents who’ve taken a crack at this particular costume over the years, such as Frank Robbins — who designed it, based on the Golden Age Black Cat … 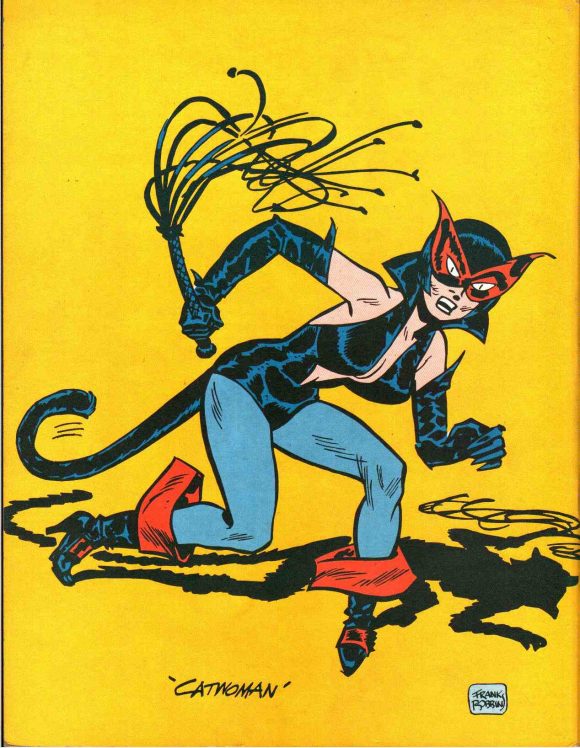 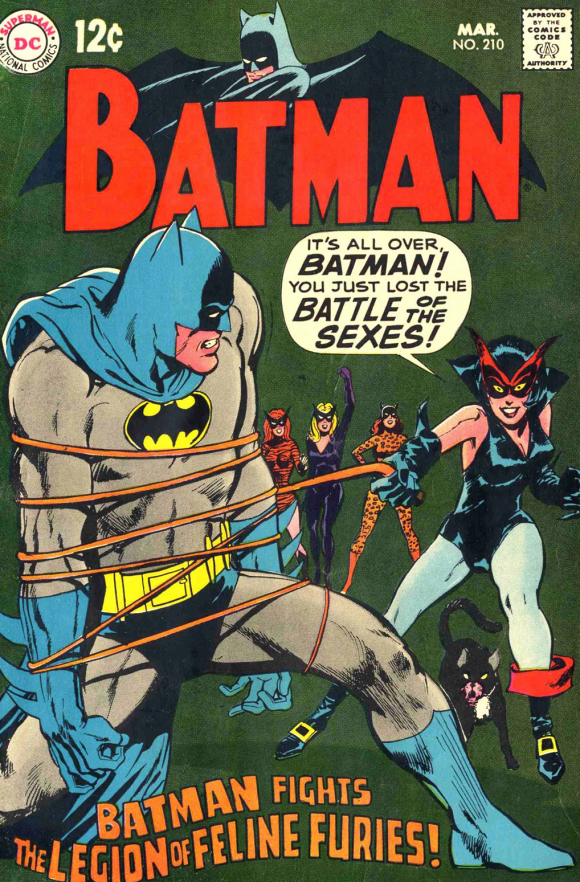 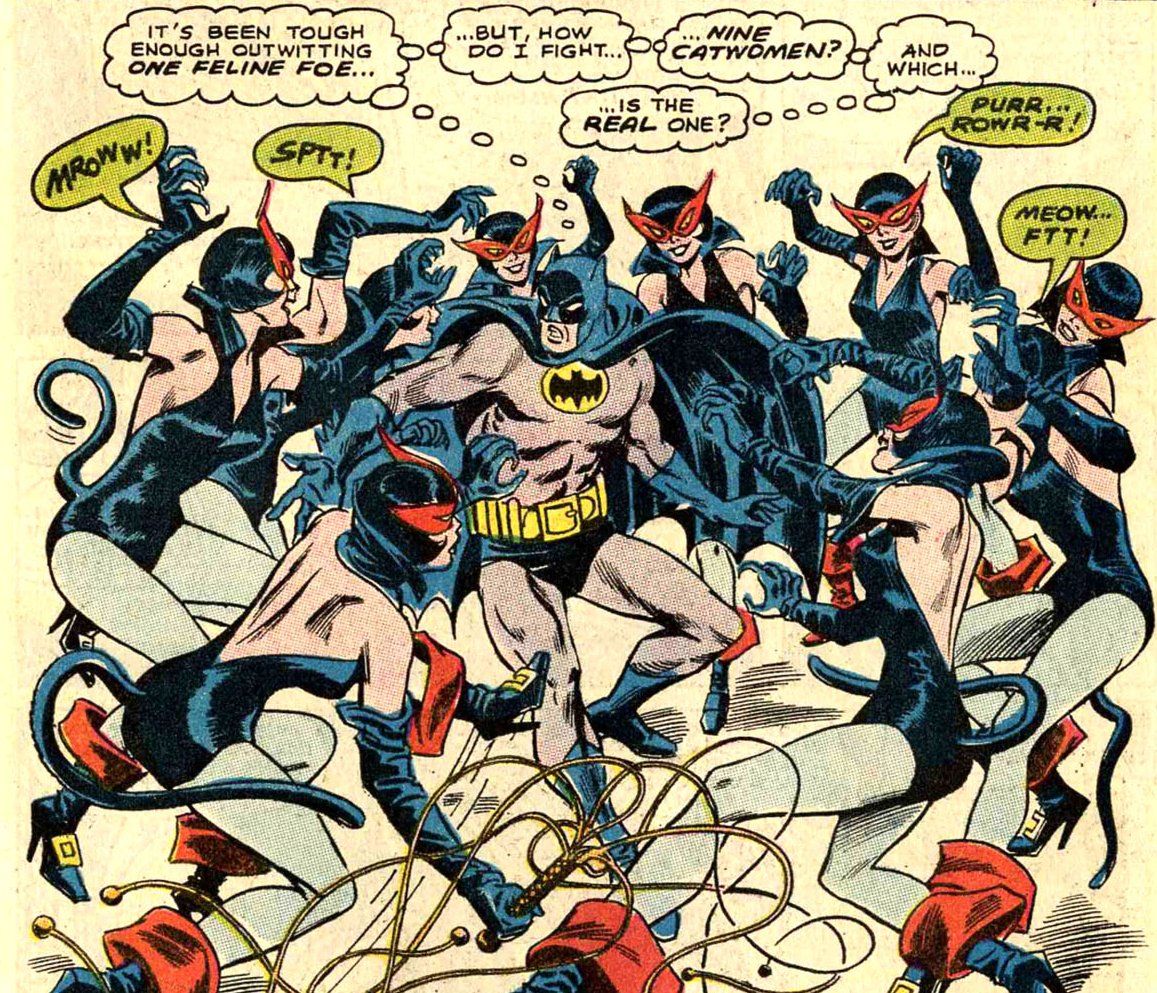 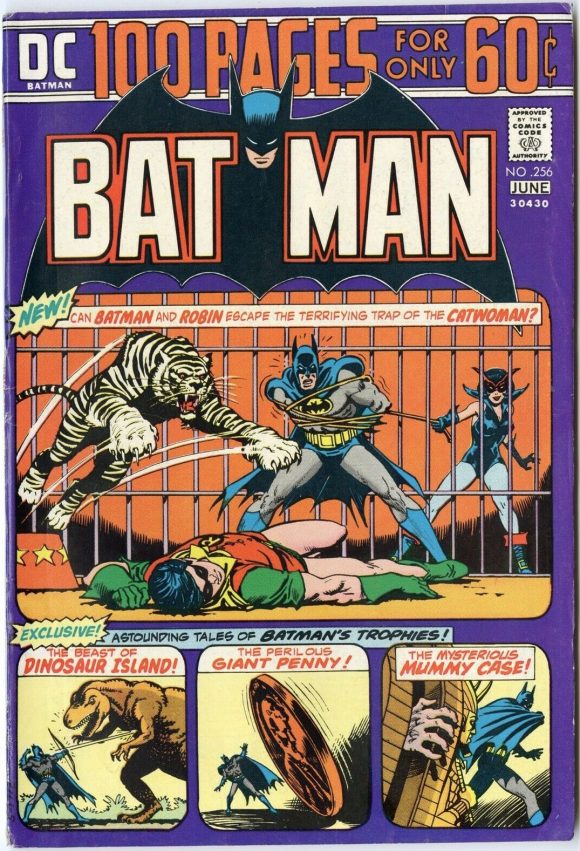 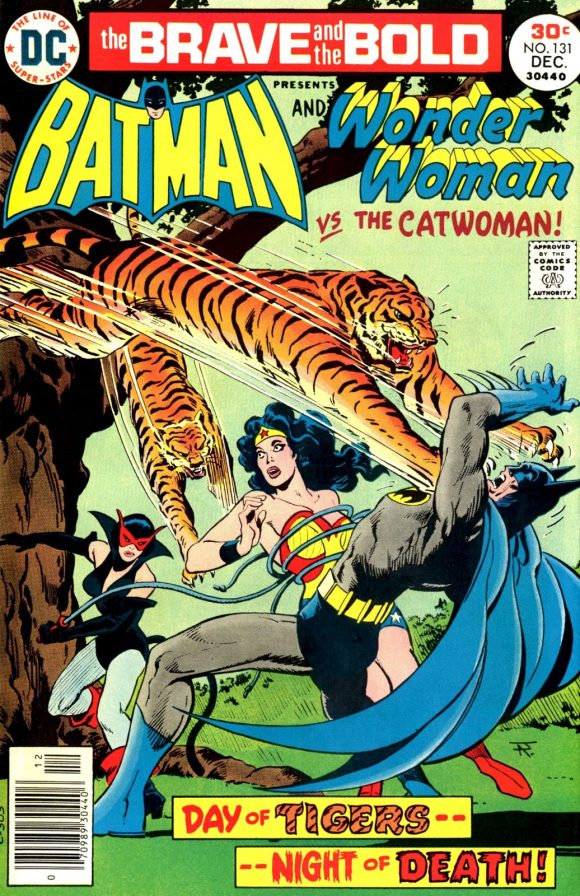 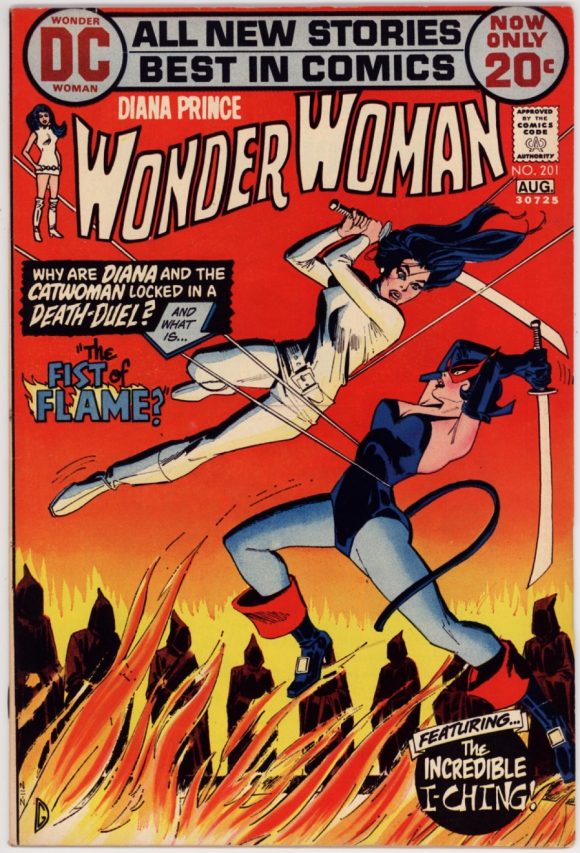 … and, of course, the fine folks at Mego: 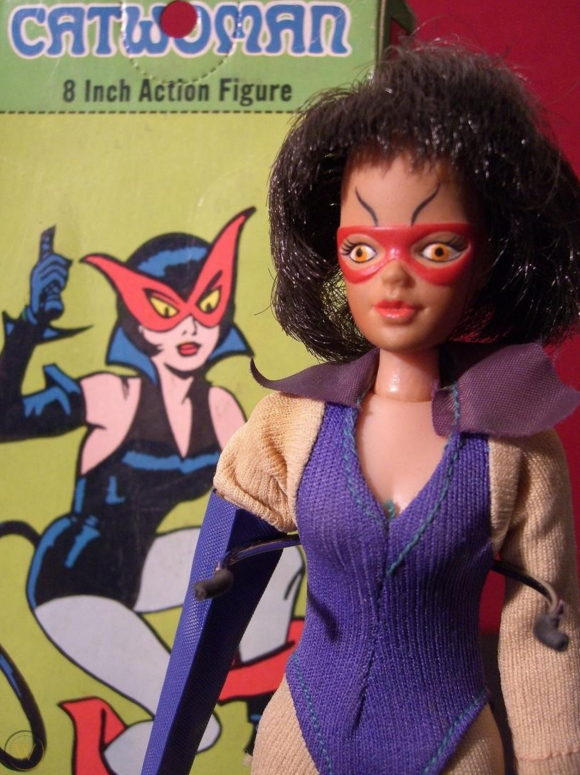 To this day, Mego Catwoman remains the least attractive figure in the entire World’s Greatest Super-Heroes line. Sorry! I really am!

Now, again, that’s not to knock the work of these exceptional talents. Hardly. It’s just that Tucker saw something in the design and was able to amplify it in a way that others never have, even as he utilizes some of the same heavy line work that was Robbins’ artistic hallmark.

Simply put, he works it.

Tucker drew it just a few days ago, as it happens, and I asked him what prompted him to revisit this relatively obscure piece of Cat-history.

“Just felt like it,” he messaged me. “No deep thought. LOL. This look was a sentimental favorite of mine because it was the first version of the character that was in the comics when I started reading in the early ’70s. Until then, I only knew of Julie Newmar’s look. I had no idea until fairly recently that Frank Robbins had designed it and that he based it on the Black Cat costume design from the ’40s. 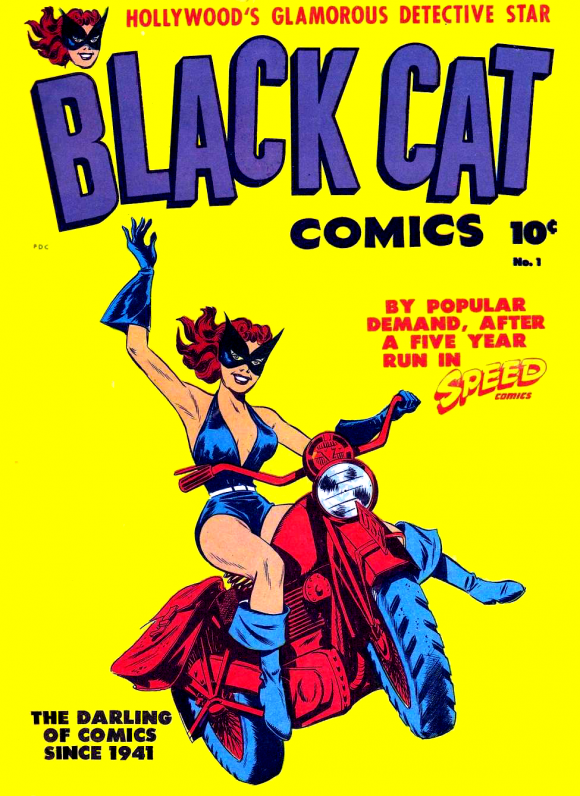 “This version of the costume appeared in Batman, Wonder Woman, a Batman 100-Page Spectacular (the book I first saw the costume in), and the Brave and the Bold comics (as far as I know, there might’ve been more appearances),” he continued. “Mego made a Catwoman doll using this costume. Anyway, it’s a fun look and has a nice rogue swashbuckler vibe that seems appropriate for Catwoman. I also used this iteration in the Batman: The Brave and the Bold cartoon in the third season. So that series has my two favorite looks — her ’40’s/’50’s purple dress with green cape, and this version.” 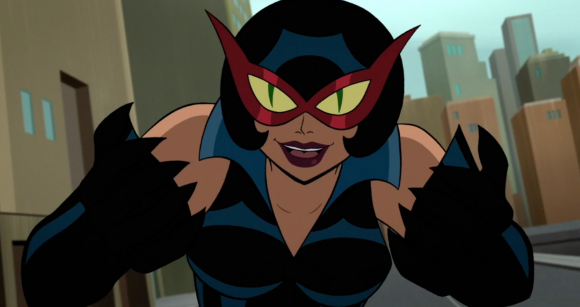 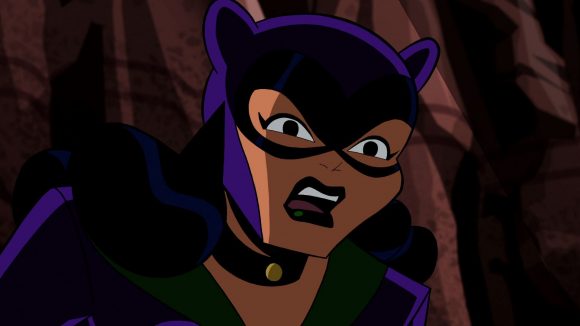 — EXCLUSIVE: Dig These Original BATMAN: THE BRAVE AND THE BOLD Designs. Click here.