A modern master visits Gotham for the month of October — again.

This time last year, I made the point that the highest compliment I can give an artist is that I’d want them on Batman full-time — and that Chris Samnee is pretty much at the top of that list.

I brought it up then because Samnee had chosen the Dark Knight as his Inktober subject — and I’m bringing it up now because Samnee’s been doing Batman again. (Inktober is a month-long exercise where artists draw a new sketch in ink every day in October. There are single-word prompts chosen by Inktober’s founder Jake Parker and the artists take it from there. Click here for more info.) 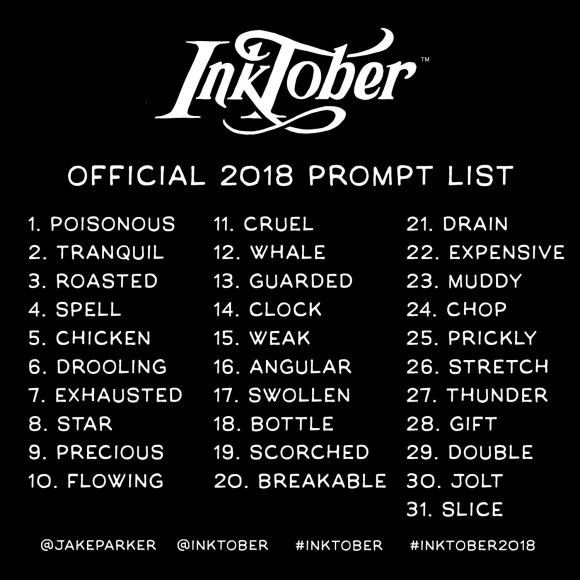 Chris has been posting his sketches to Twitter (click here) and he’s given me the OK to share 13 of my faves here. Of course, there are still several days left in the month, so there’s a lot more to look forward to.

I gotta tell you, a number of these really took my breath away. Like most comics fans, I tried my hand at art when I was a teenager only to find out very quickly that I had neither the aptitude nor the dedication to make it work. Looking at Chris’ images, I’m reminded that great artists see the world in ways the rest of us can’t even imagine — but I’m so glad they’re here to show us their vision.

So dig these 13 sketches, accompanied by their Inkober prompts, which convey just how clever an artist Samnee is. (I’m also impressed by his ability to work so many of Gotham’s heroes and villains into these).

Enjoy. I know you will. 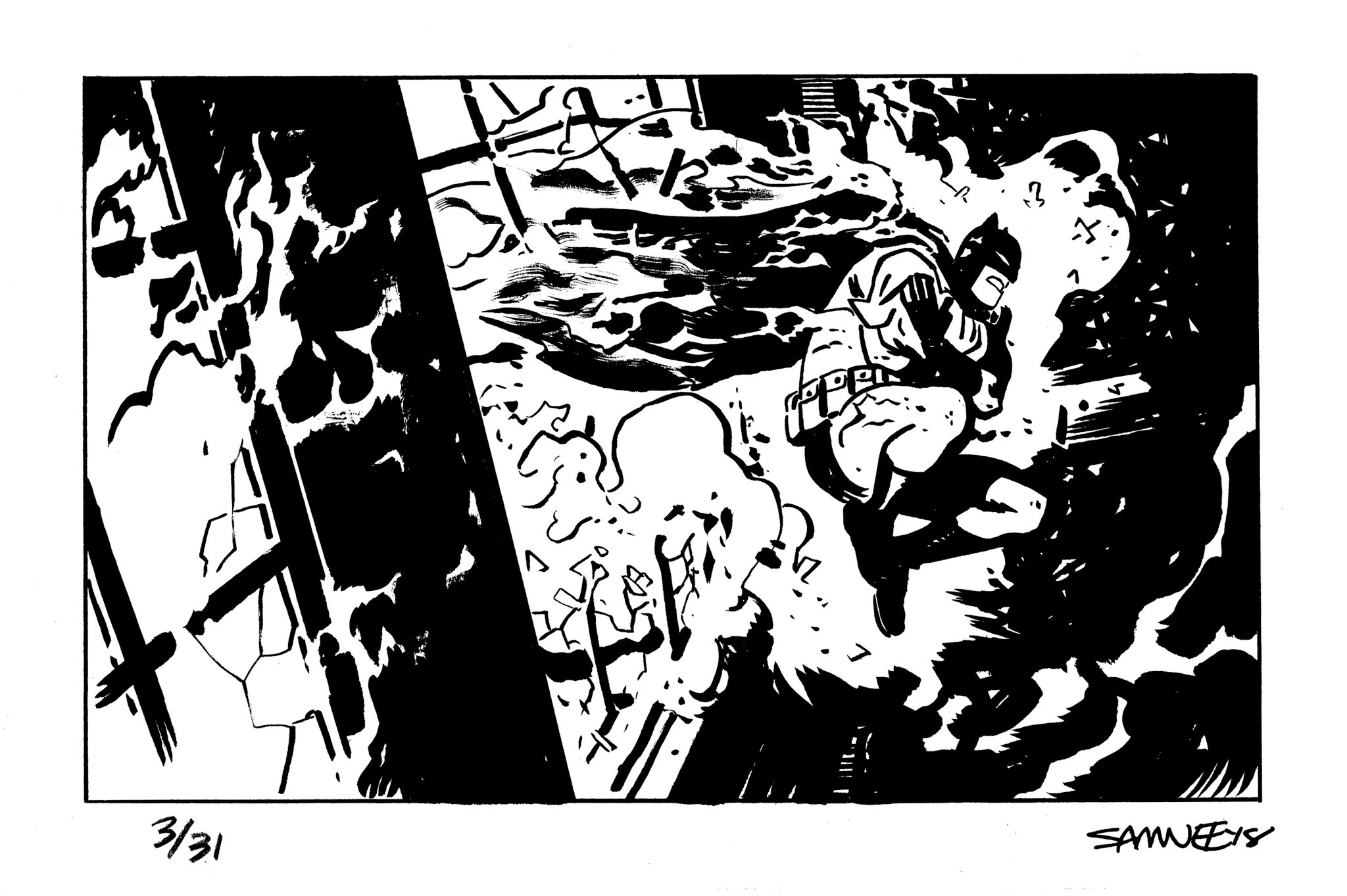 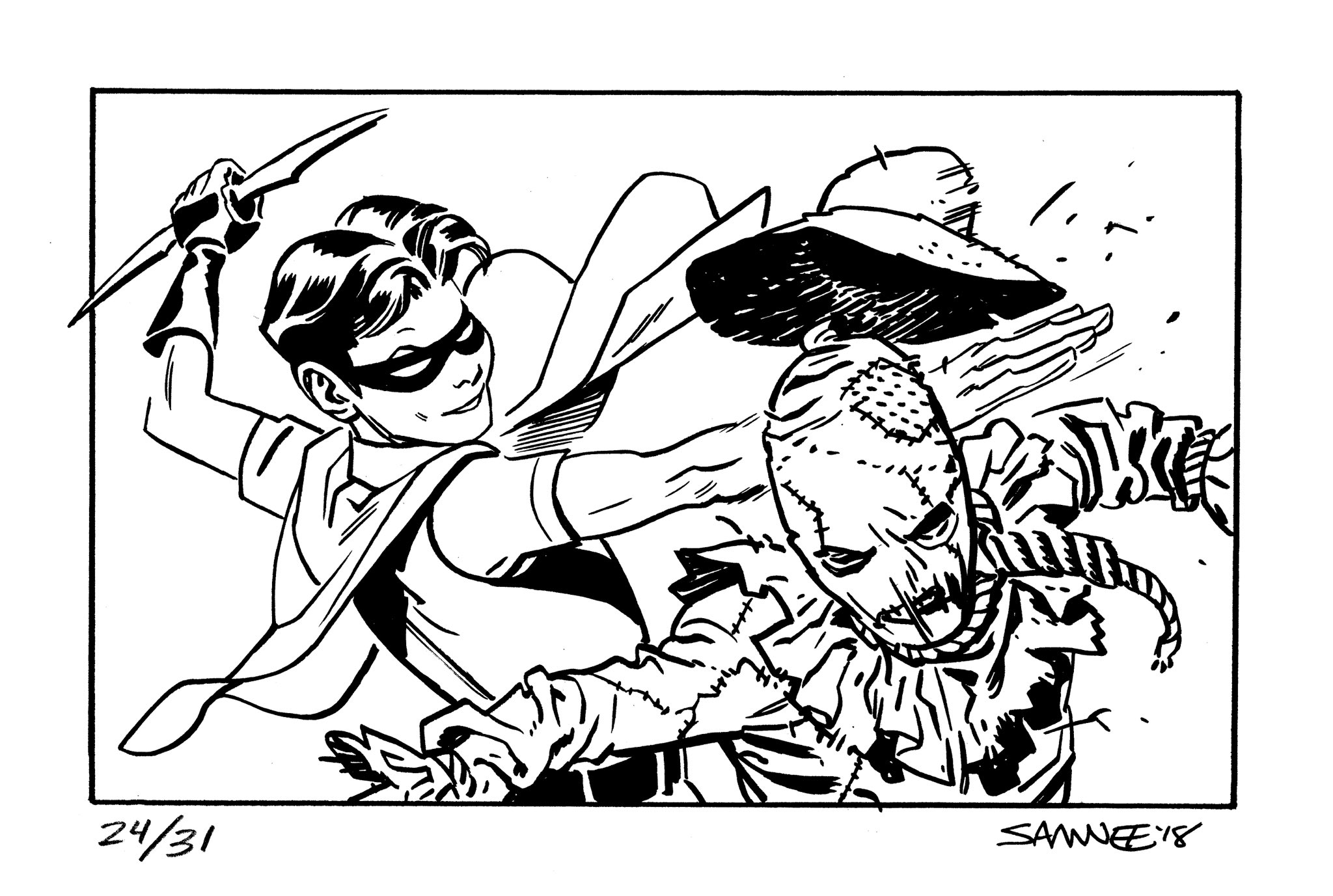 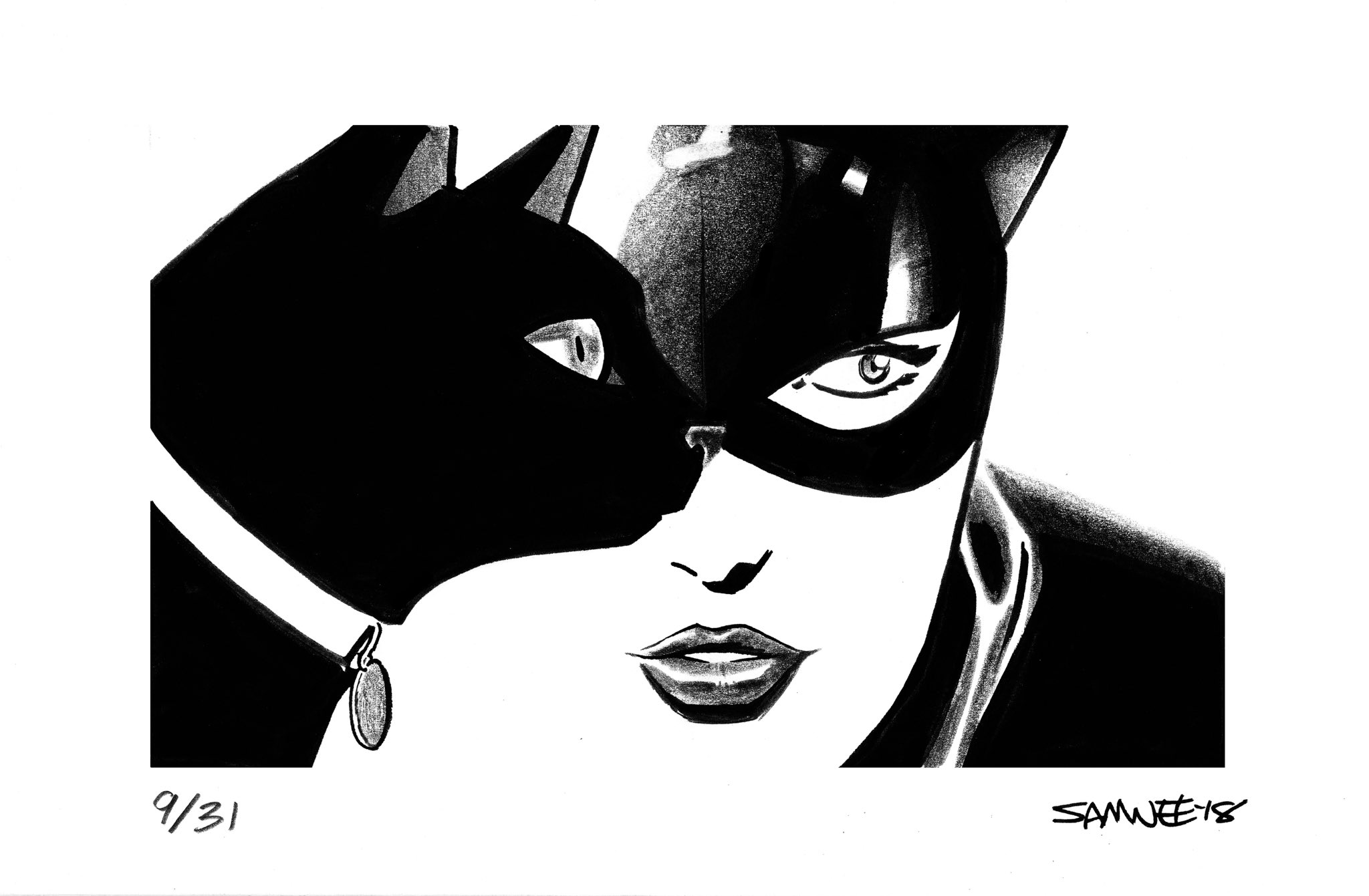 Chris noted on Twitter that he incorrectly believed Catwoman’s cat Isis was named Precious. We’ll give him a pass. Because how great is this? 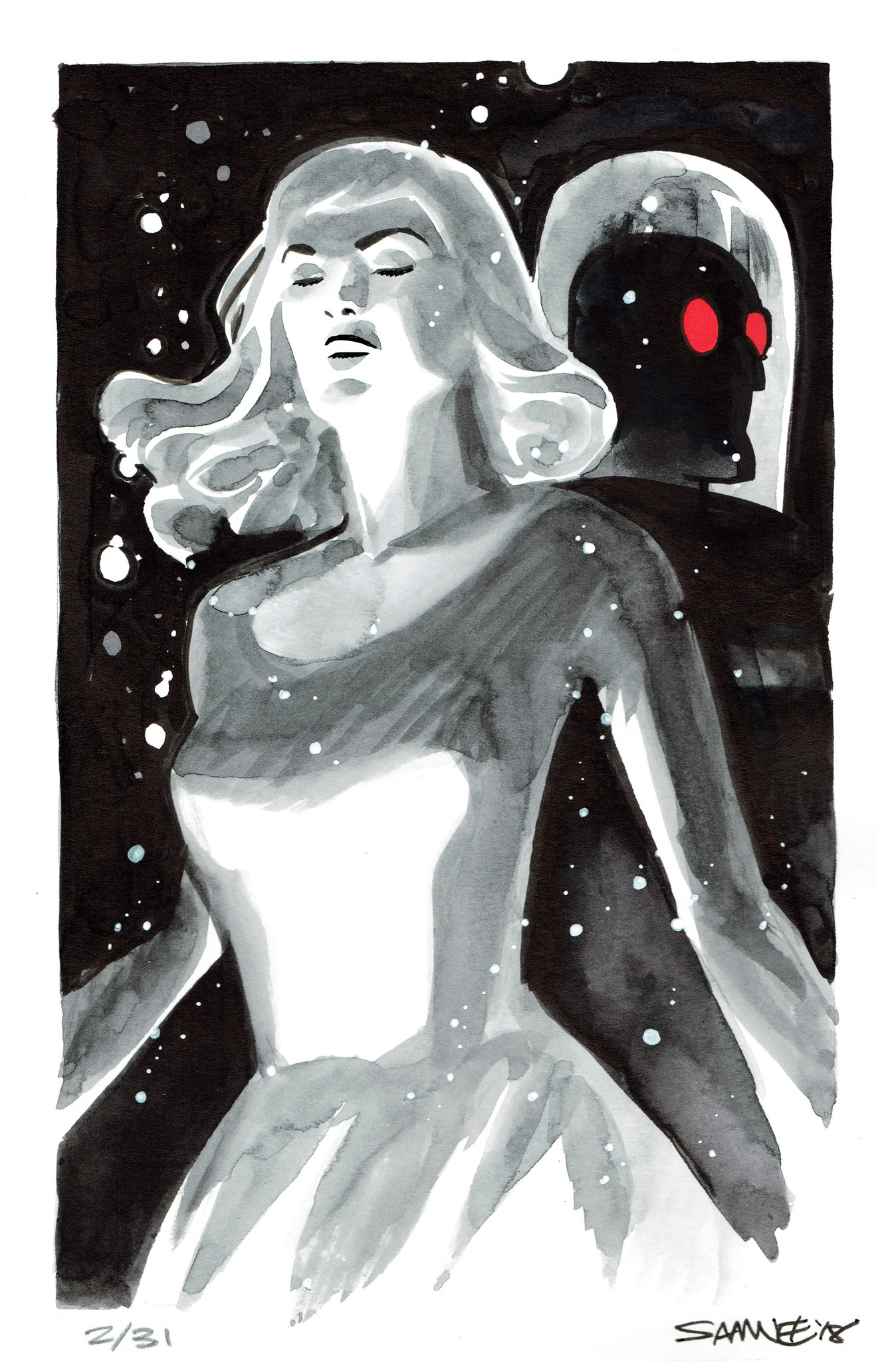 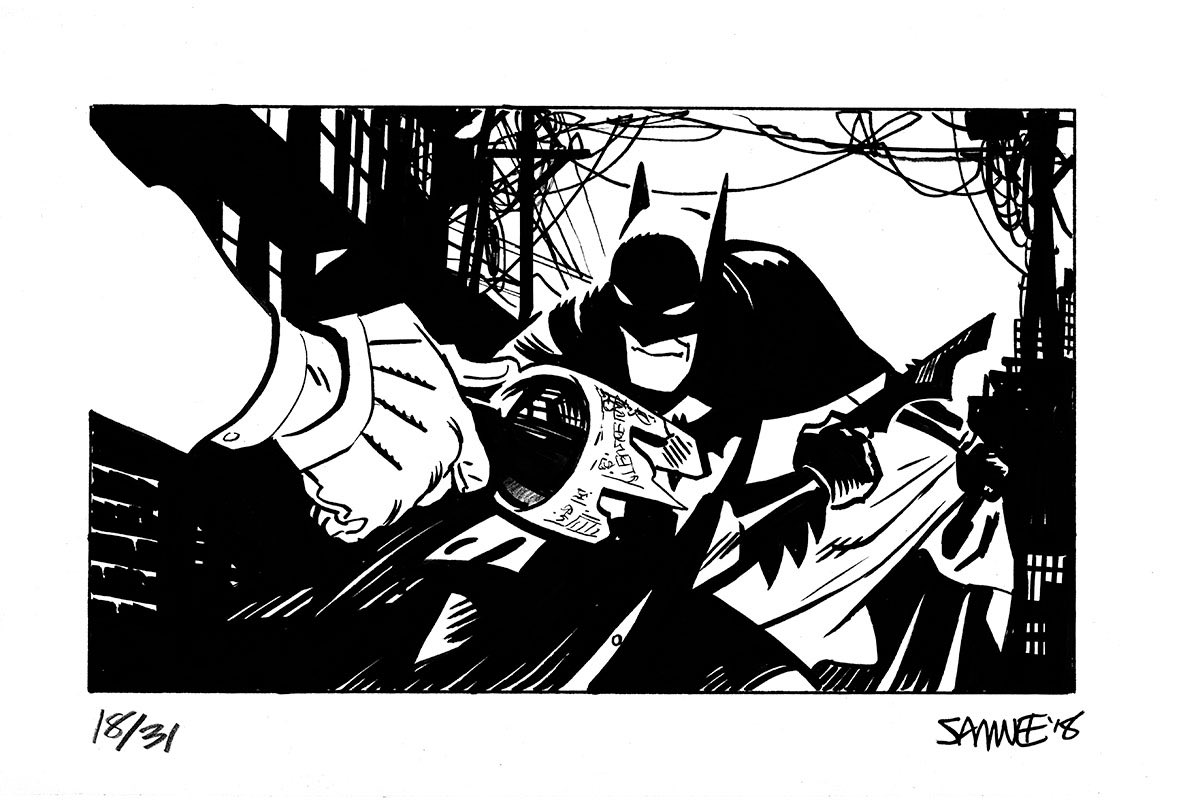 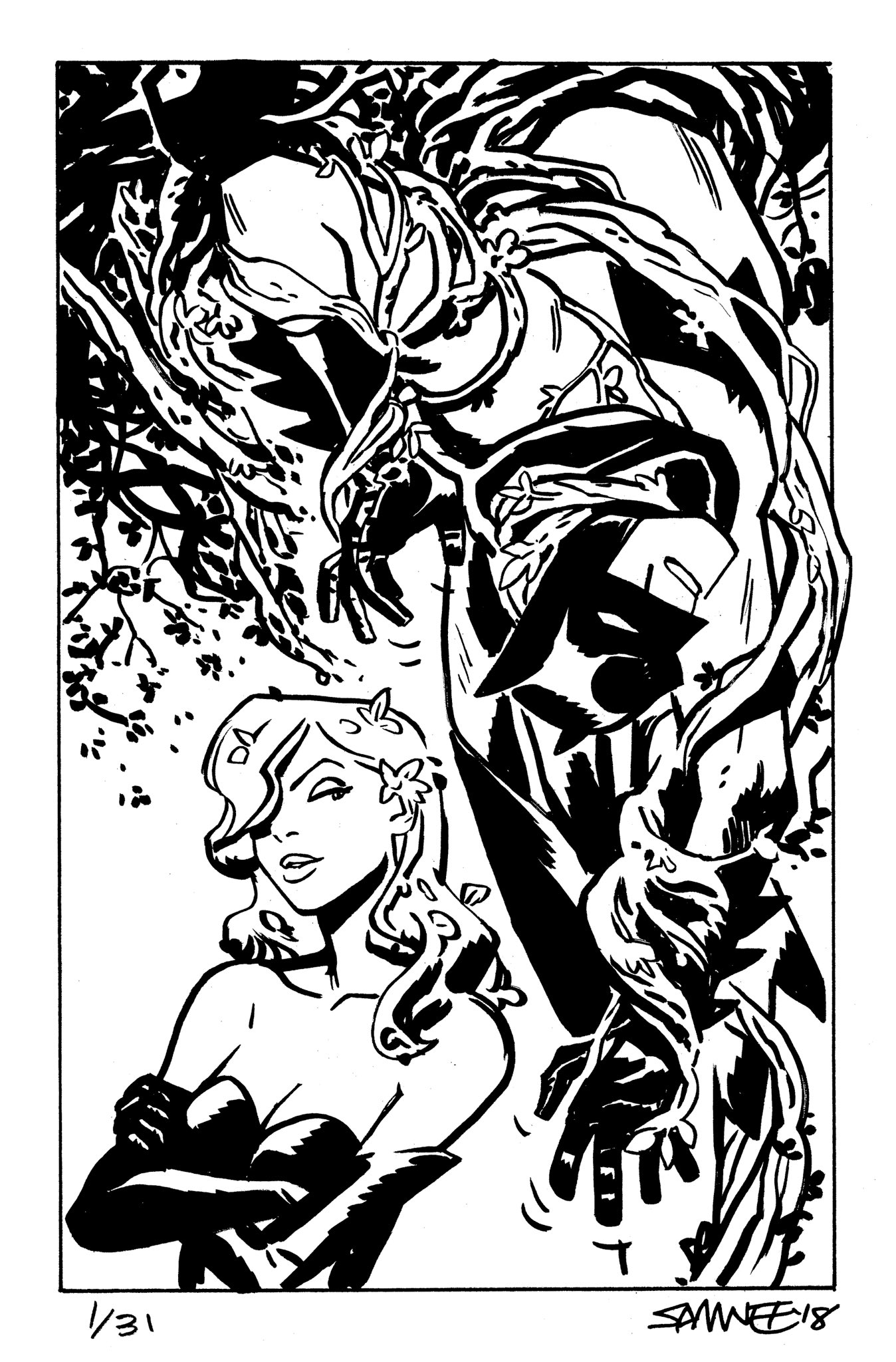 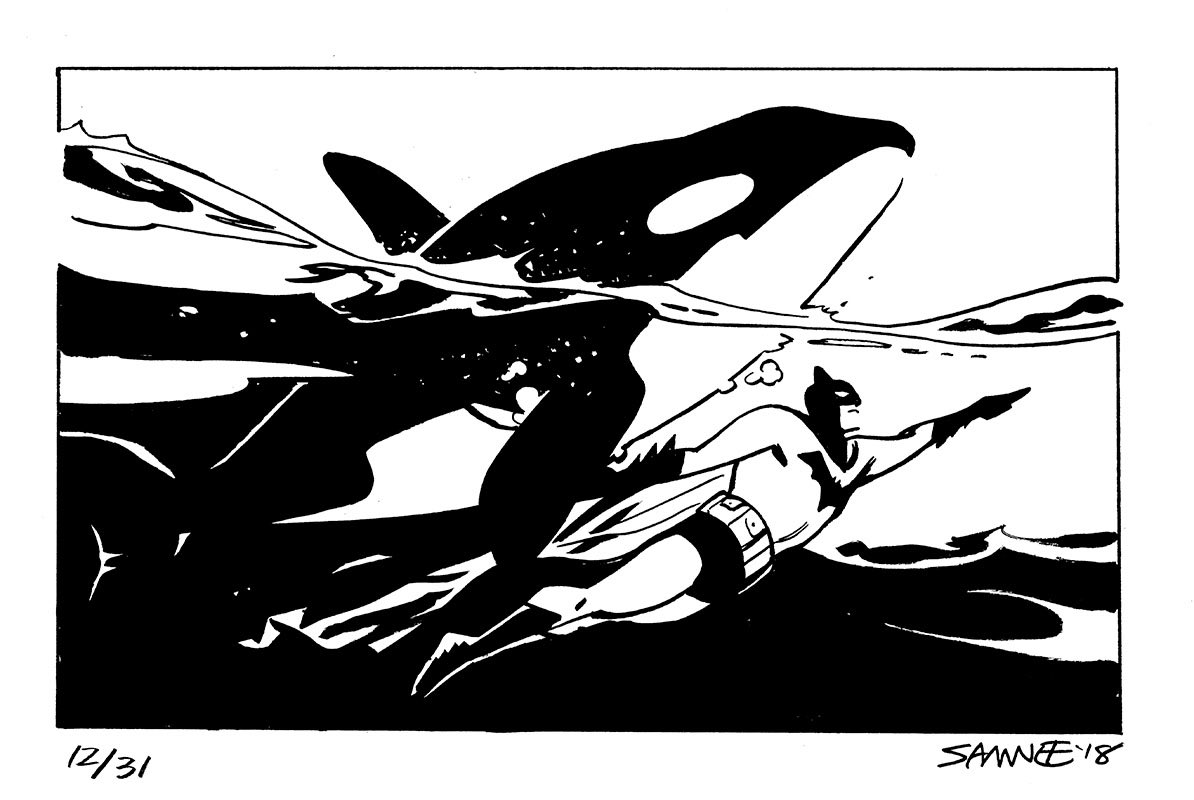 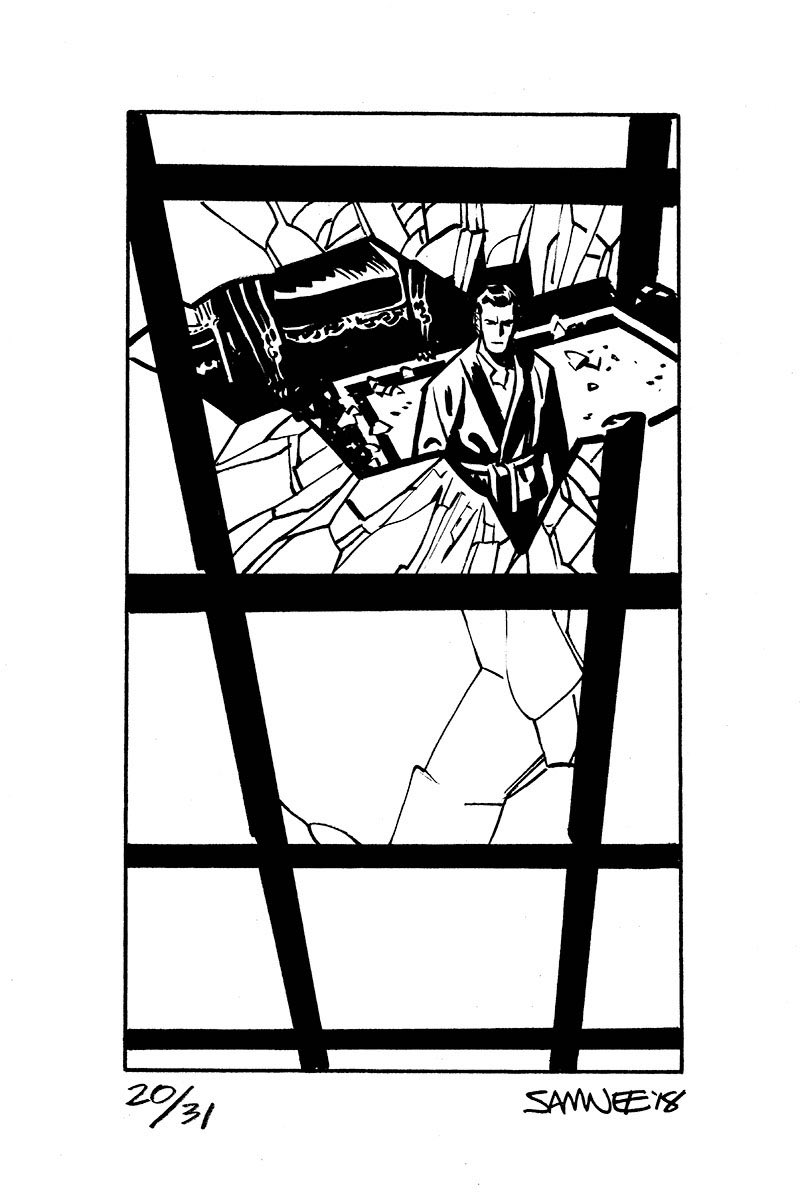 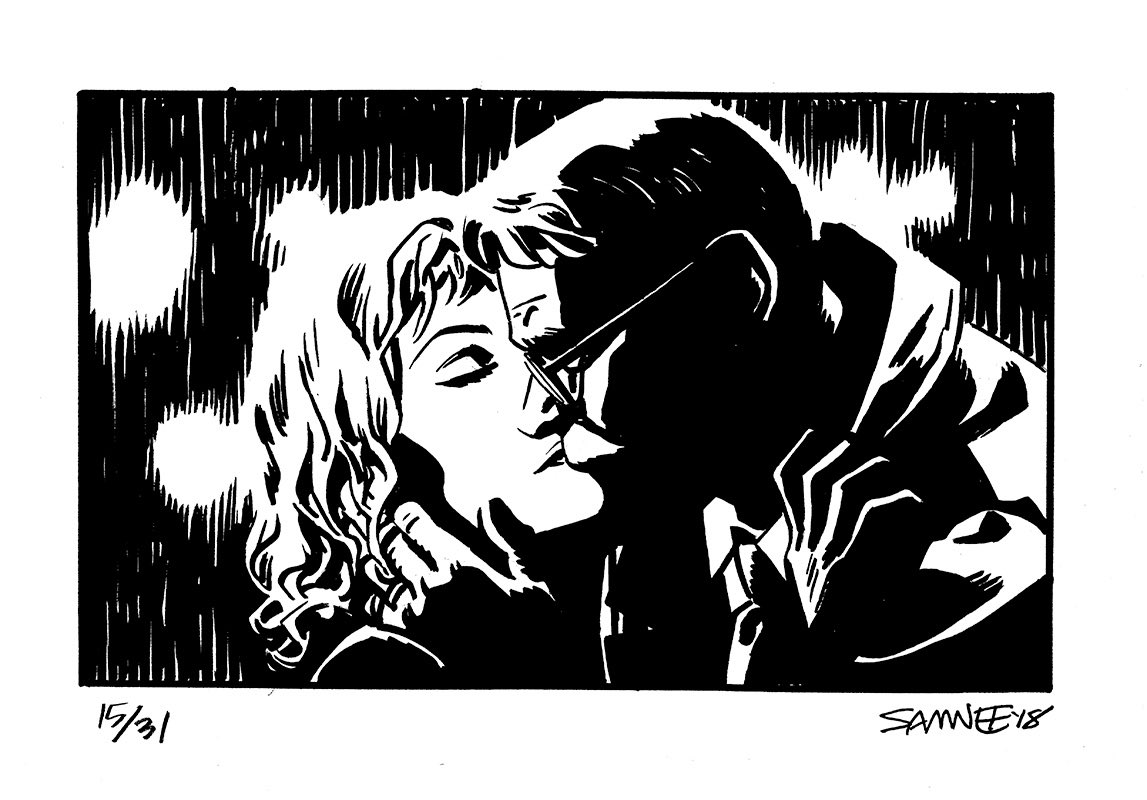 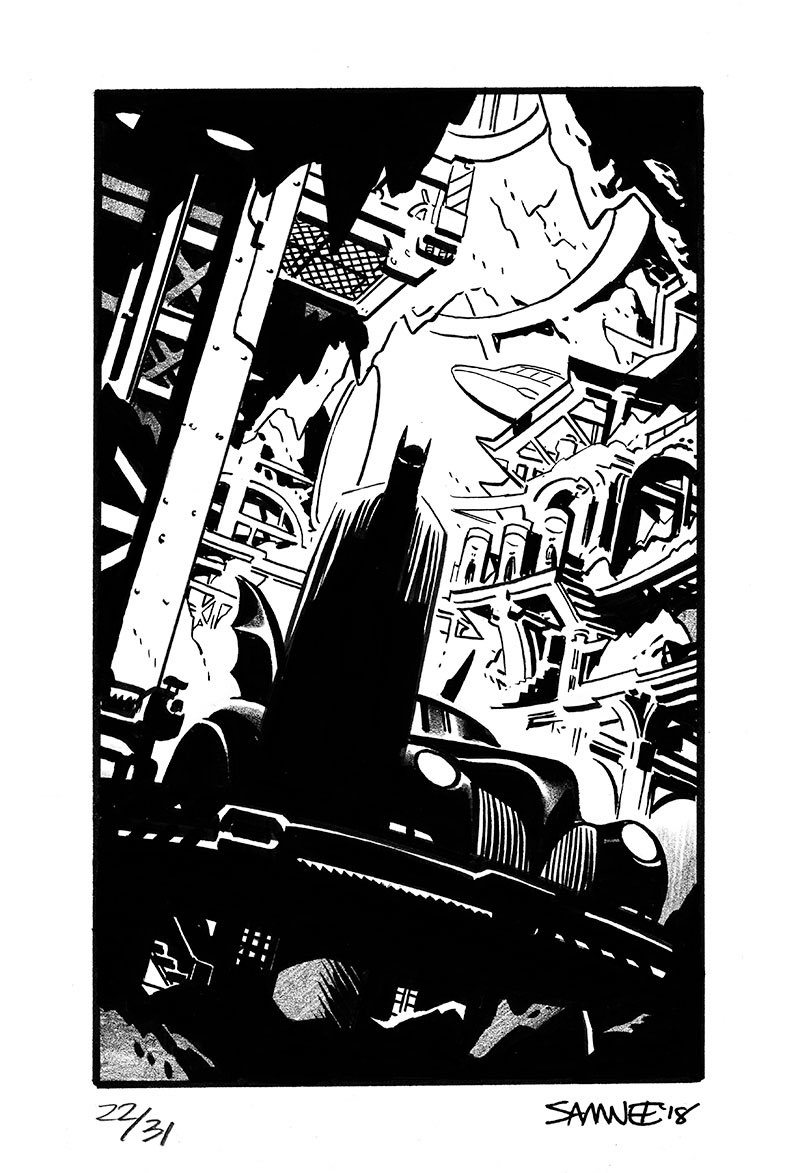 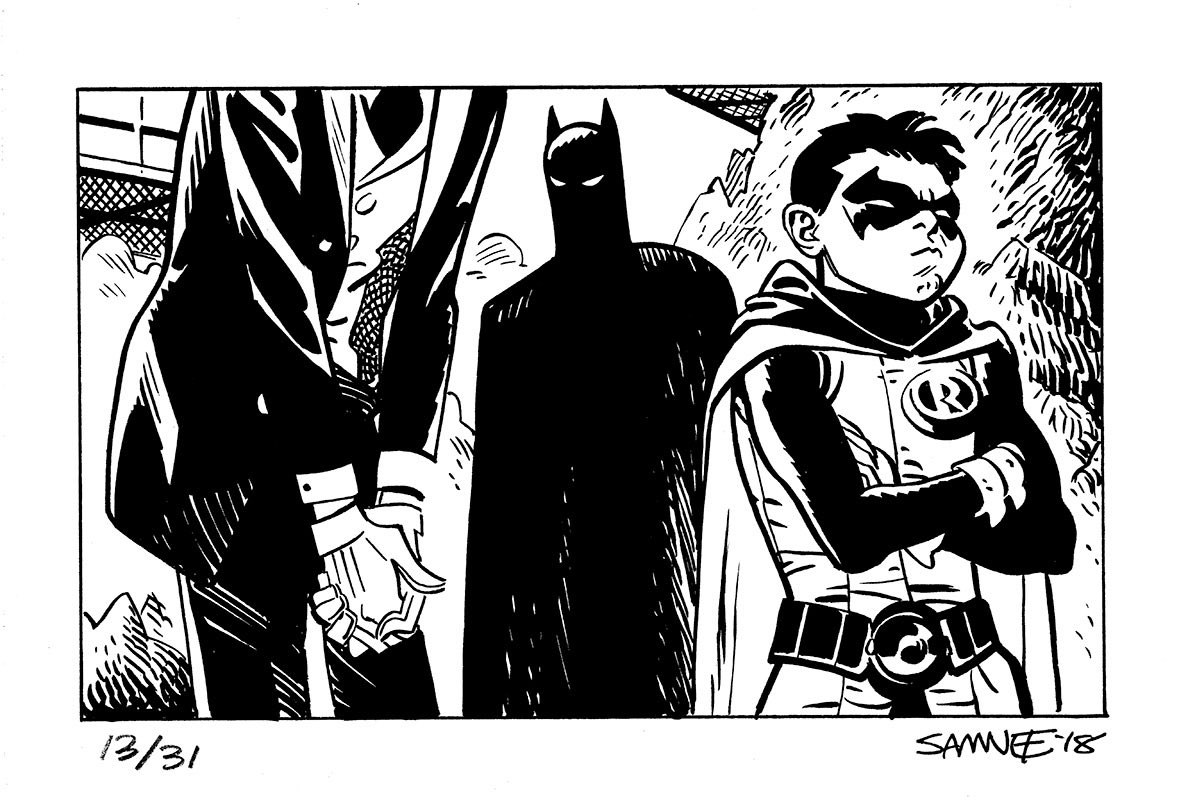 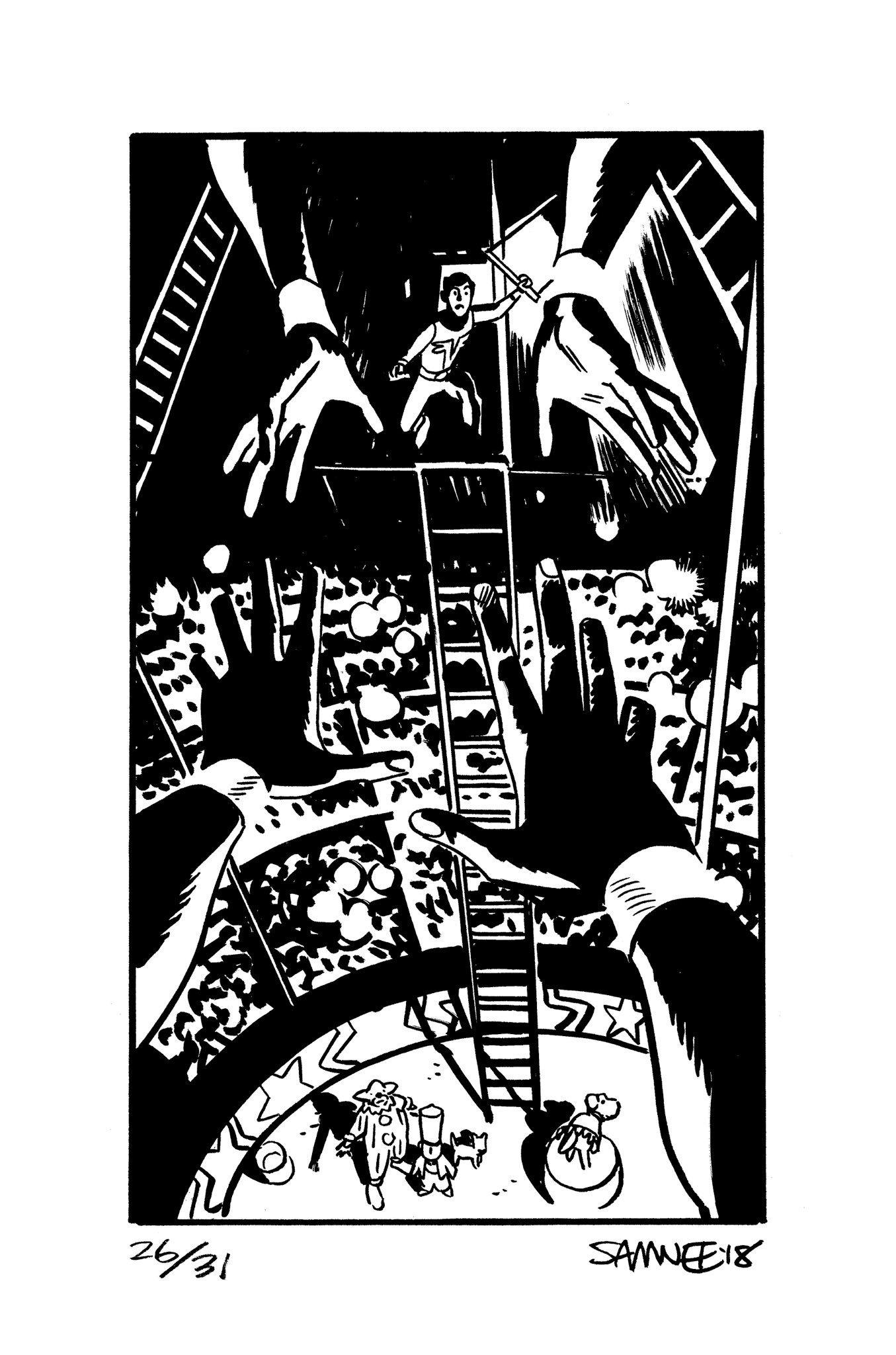 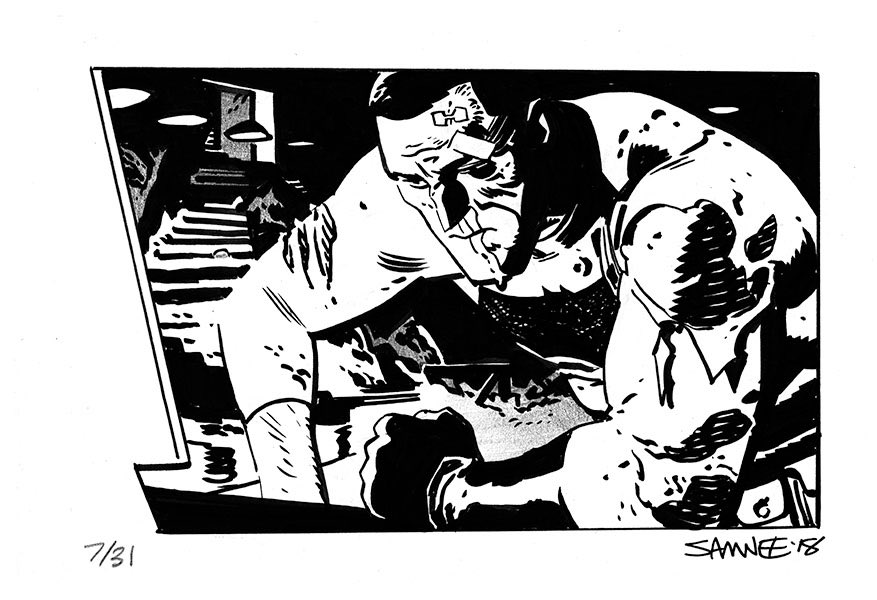