EXCLUSIVE: The Brave and the Bold #28 gets a full-on reprint — ads and all… 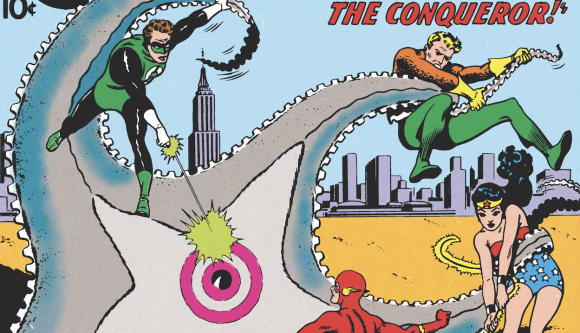 As I noted earlier, DC in March is expanding its Facsimile Edition line again, with three releases.

More on that below, but one of the issues is The Brave and the Bold #28 Facsimile Edition — featuring the first appearance of the Justice League of America.

Dig the official solicitation info, which will be released Friday by DC:

THE BRAVE AND THE BOLD #28 FACSIMILE EDITION 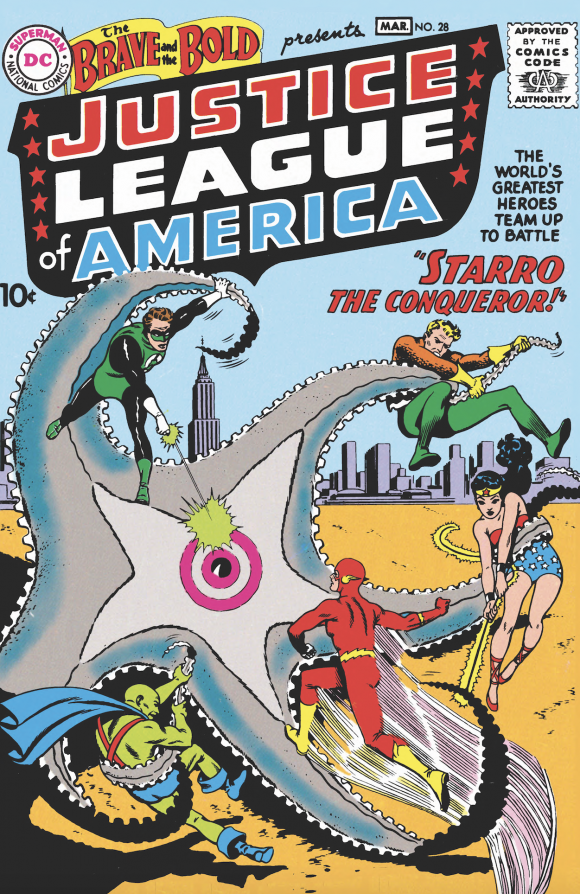 Written by GARDNER FOX
Art by MIKE SEKOWSKY and BERNARD SACHS
Cover by MIKE SEKOWSKY and MURPHY ANDERSON
The 1960 epic that first introduced the Justice League of America is reprinted as the World’s Greatest Heroes team up for the first time to battle the threat of Starro the Conqueror!
ON SALE 03.18.20
$3.99 US | 32 PAGES | FC | DC

— It was only a matter of time before they released this one, right? And why now? Because, B&B #28 is officially dated Feb.-March 1960, making it the 60th anniversary of DC’s preeminent superteam. (The issue actually came out at the end of 1959, according to the Grand Comics Database, but hey.) DC will also be publishing a hardcover collection celebrating 60 years of the League in March.

— Yes, this story has been reprinted many times, blah blah blah. But it’s all about the presentation because for four bucks, you get the whole shebang — ads and whatnot. To compare, an original, unslabbed reader copy recently sold on eBay for $1,200.

— As noted, this is one of three Facsimile Editions coming from DC in March. The others? Well, one of them features one of the biggest debuts in comics history. Click here to find out what it is. The third is rather strange. (Click here.)

— 13 COVERS: The JUSTICE LEAGUE in the Silver Age. Click here.