How Fans Viewed the JUSTICE LEAGUE at the Very Beginning 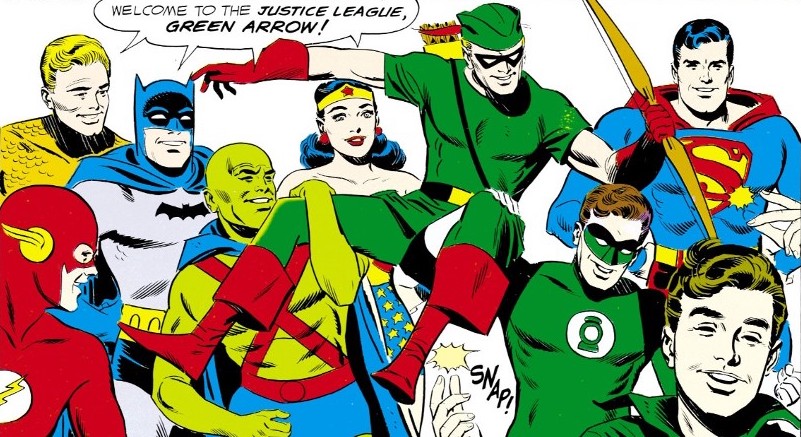 I’ve noted a few times here and there that I’ve been re-reading the Batman and Detective Comics of the New Look ’60s. Partially to recharge the batteries, partially for story inspiration and partially because it’s so damn fun.

One of my favorite things is reading the letter columns, to see how readers viewed contemporaneous stories that became classics (or didn’t) and to see which fans ended up in the business, like Cary Bates and Mike Friedrich.

Then there were the fanzines, which built upon the letters columns and helped lay the groundwork for a universe of fandom that would eventually become what you see today: a powerful network of websites and social-media outlets that give readers and viewers a powerful voice — for better or for worse.

Well, you can get a taste of those early days in Roy Thomas’ Alter Ego #156, which includes a roundtable discussion of the primal days of DC’s Justice League of America, then a mere 2 years old. 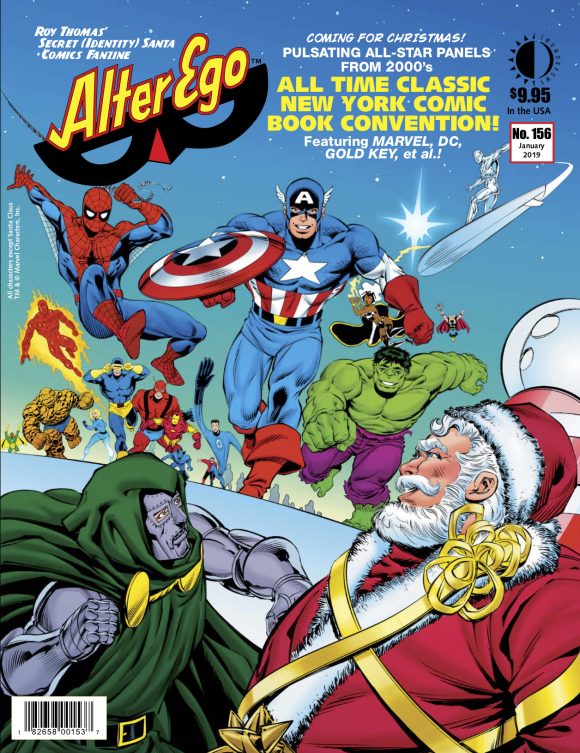 No, that’s not the Justice League on the cover. But you knew that.

The discussion was originally printed in the first issue of the fanzine Hero and features Thomas himself — well before he became one of the most important creators of the Silver and Bronze Ages.

Anyway, we regularly run EXCLUSIVE excerpts from TwoMorrows’ magazines and books — and this time around you can see what knowledgeable fans thought of the JLA in its infancy. It’s a real kick.

Oh, and the rest of the issue is worth your while too, to be sure. Check out the Table of Contents: 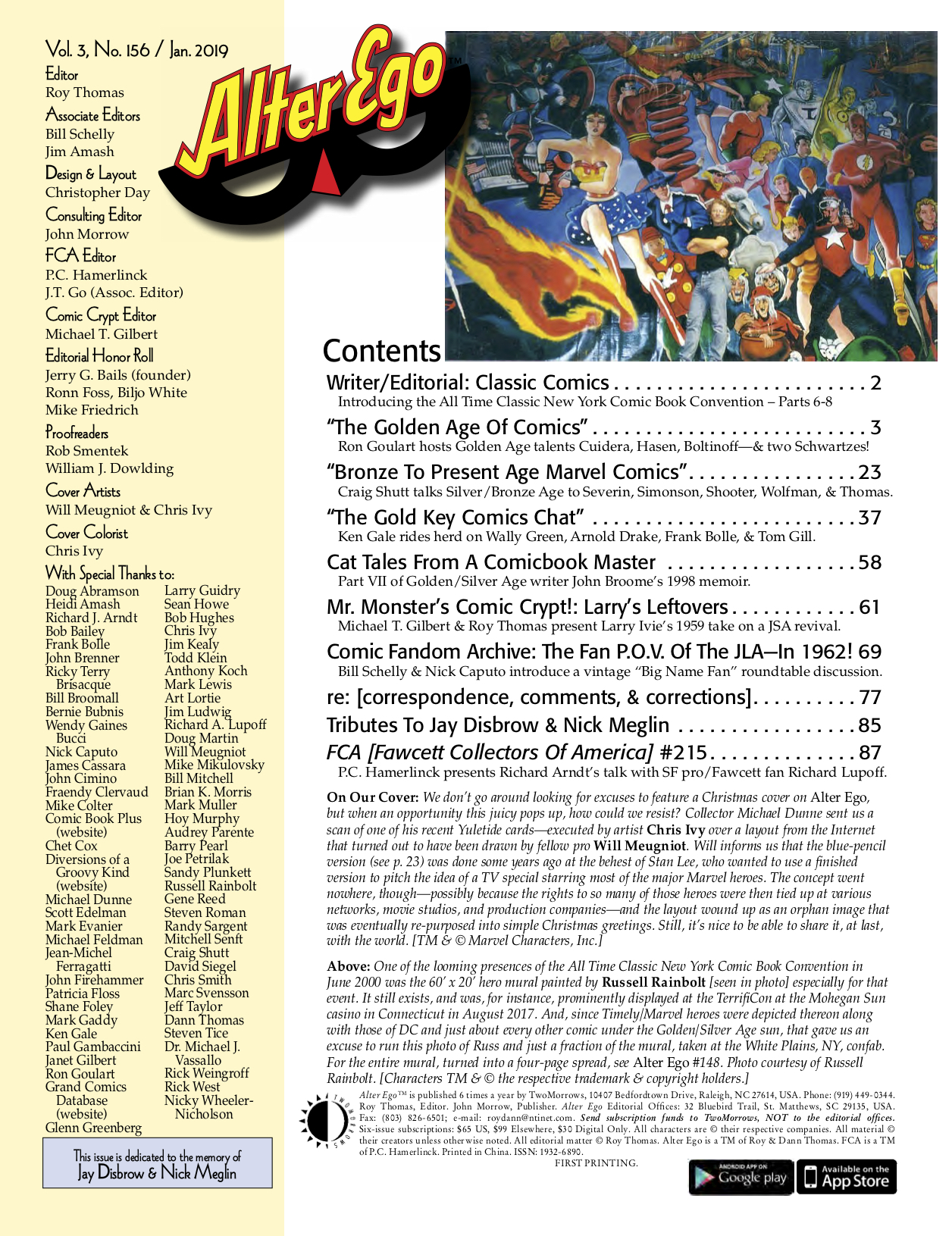 That Marvel discussion is particularly interesting — with the late Marie Severin telling a great story about how Larry Lieber panicked after he damaged Jack Kirby’s art by mistake. 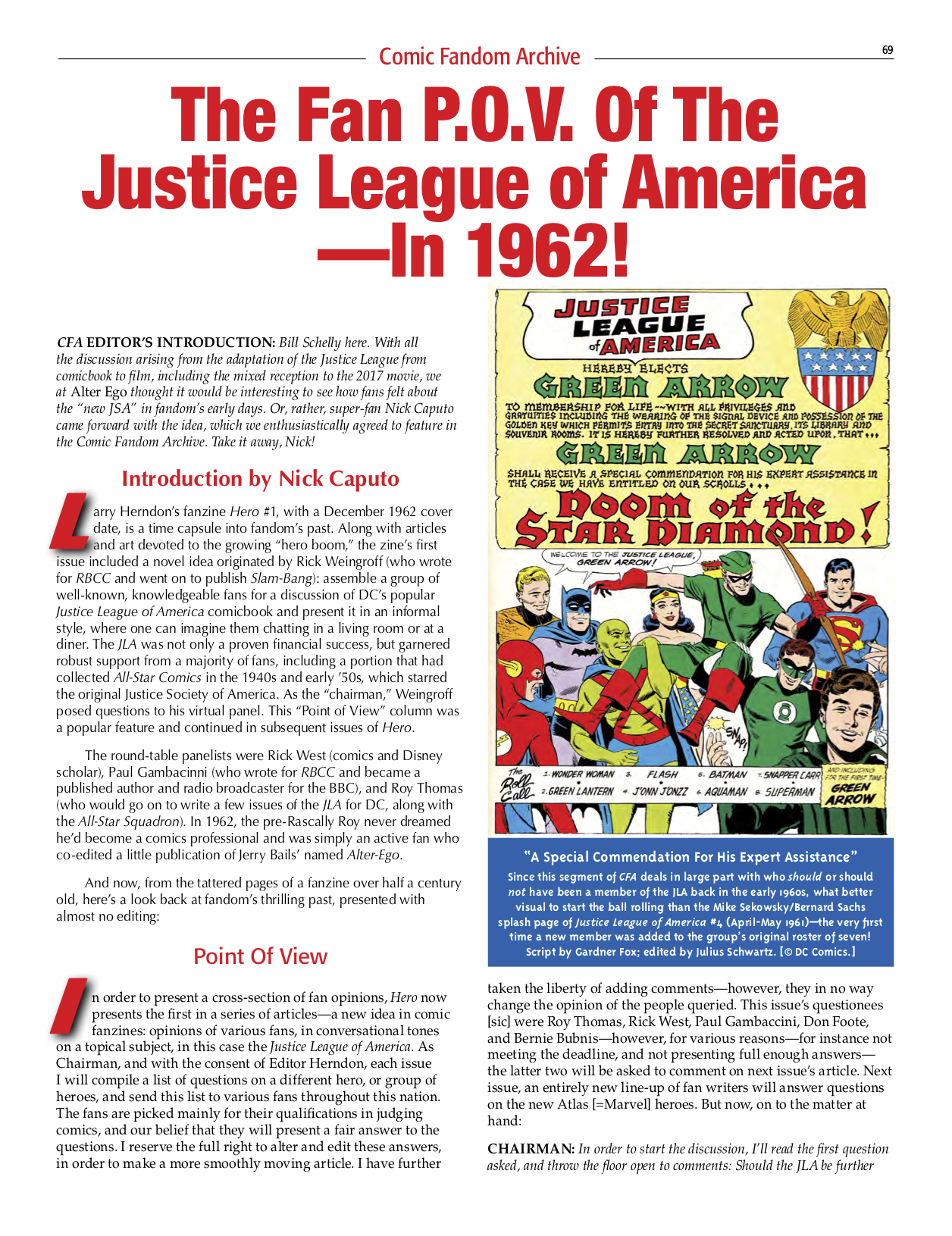 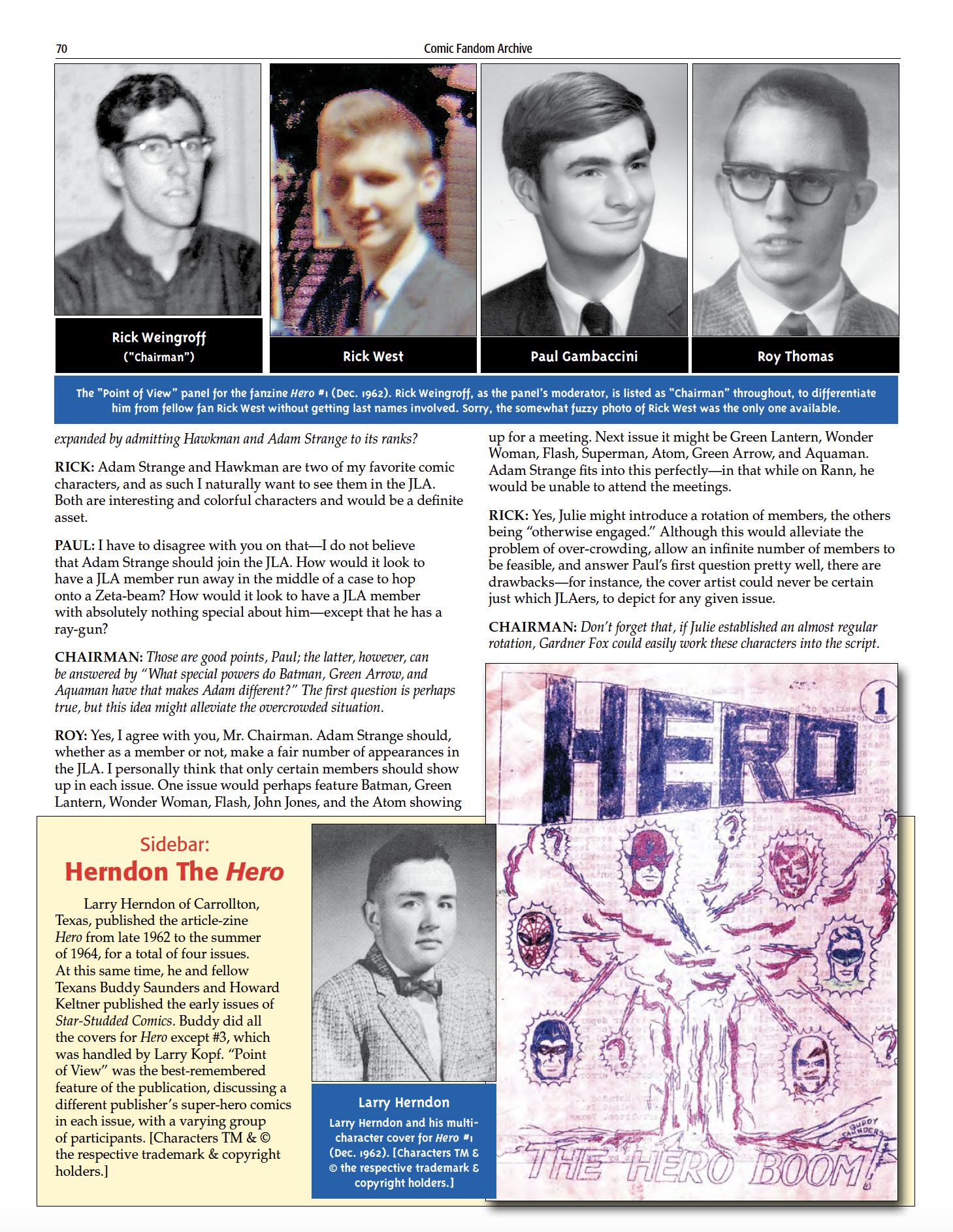 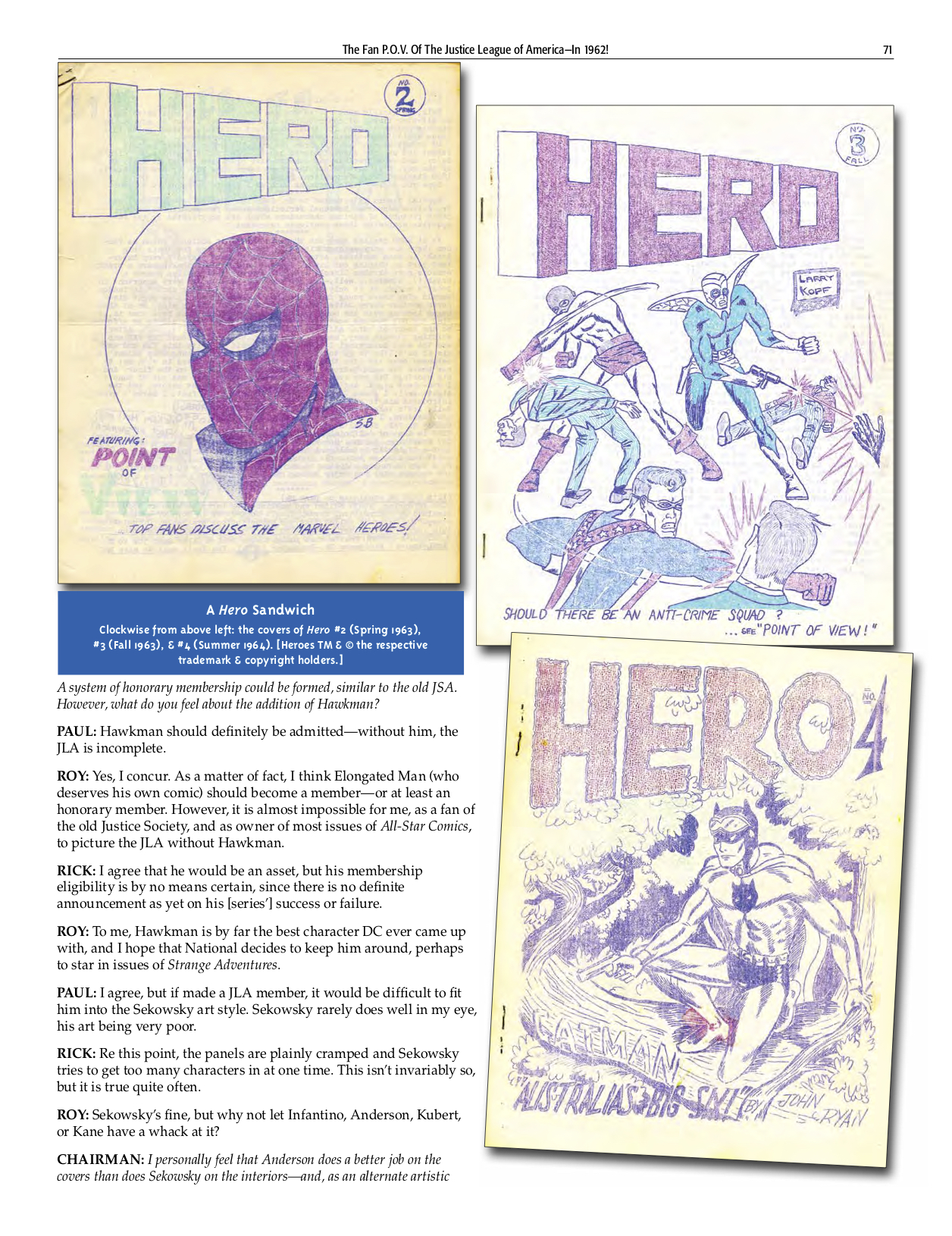 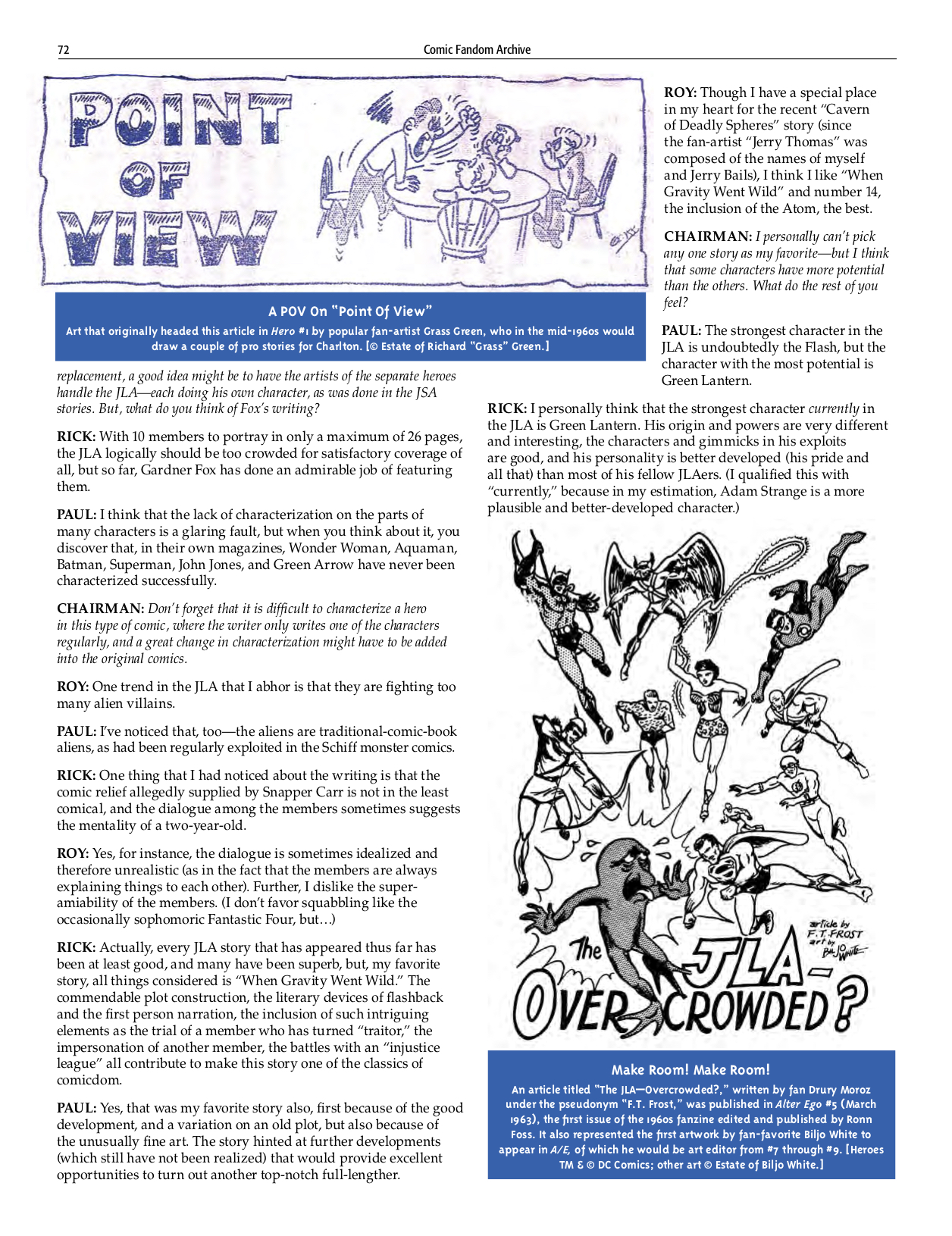 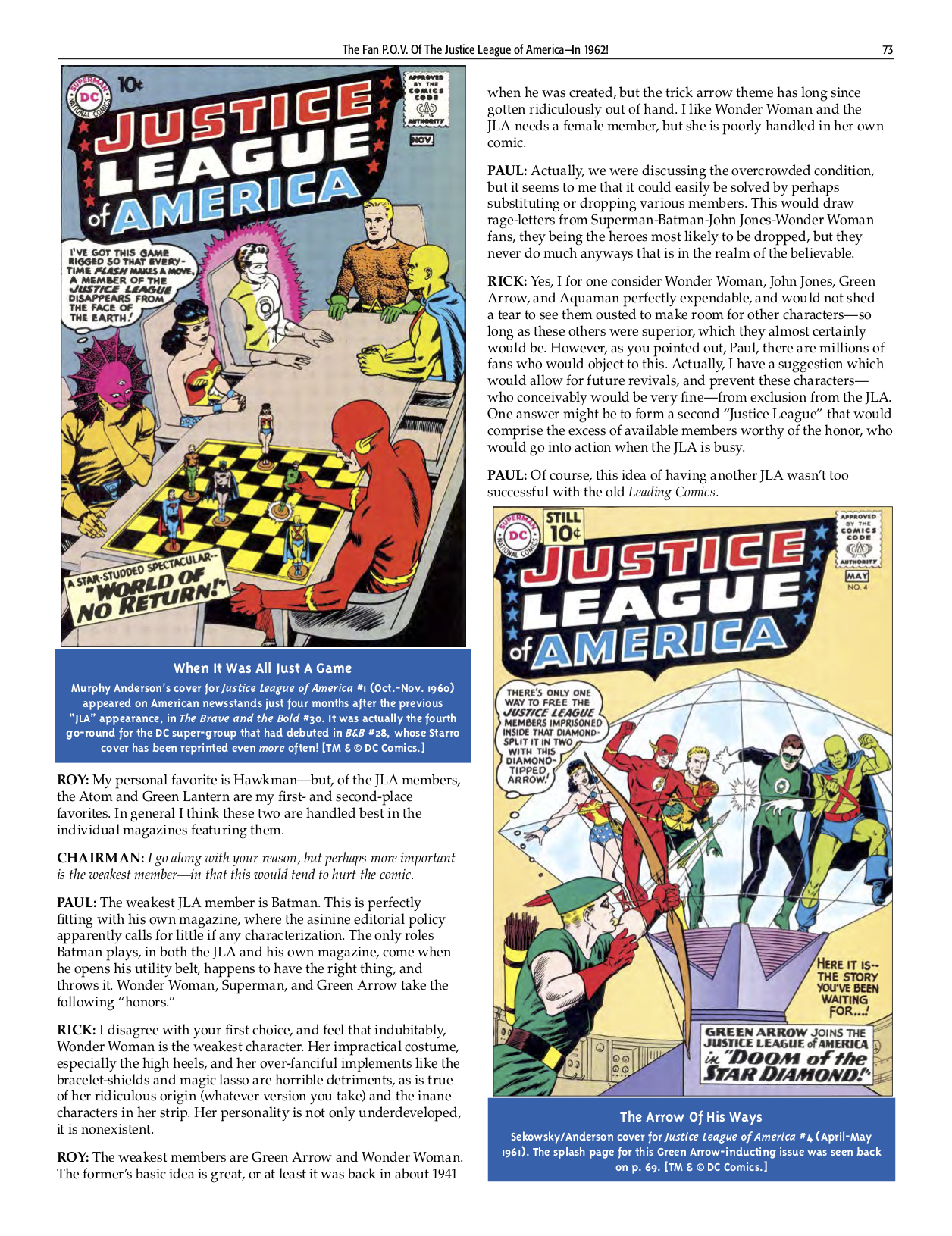 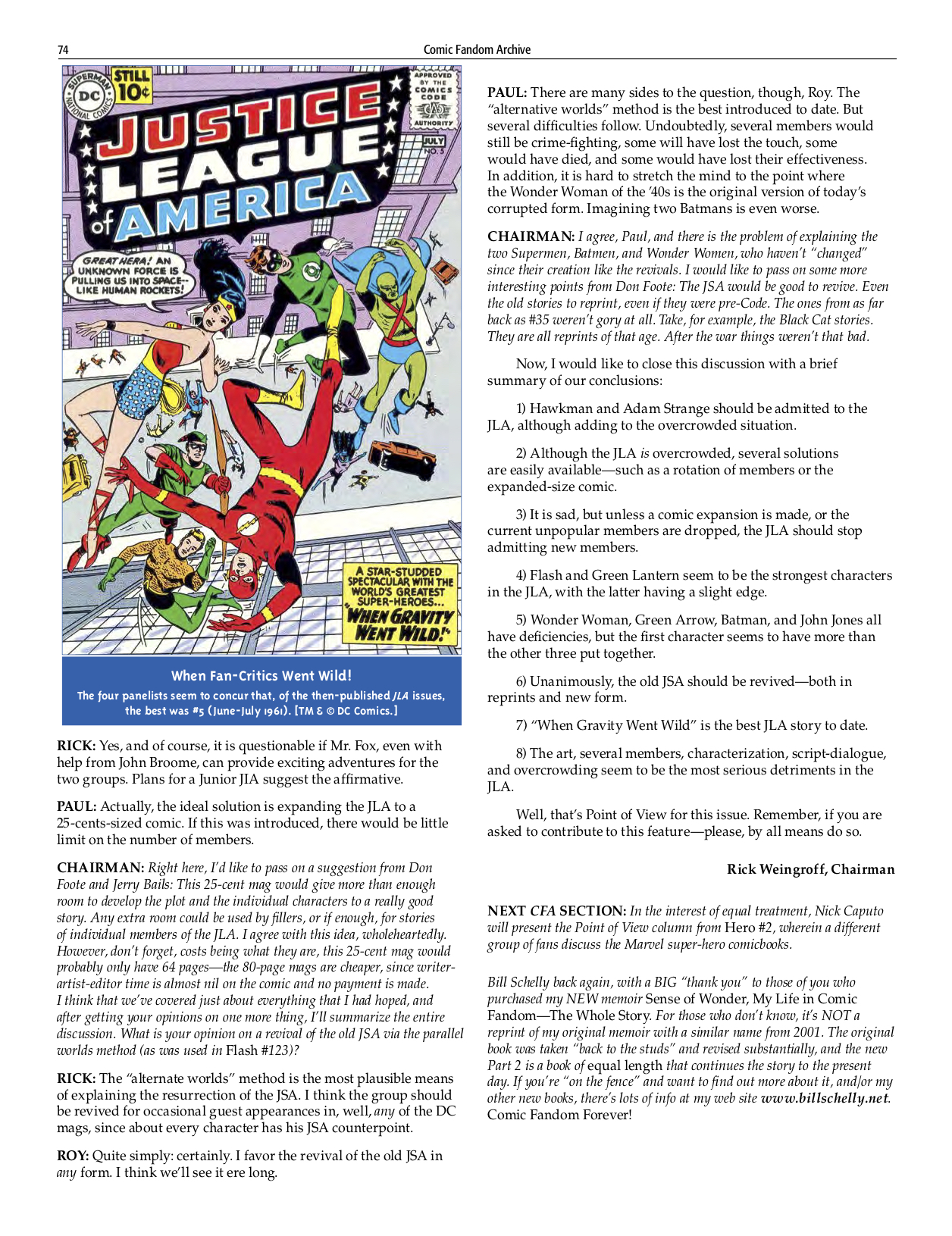 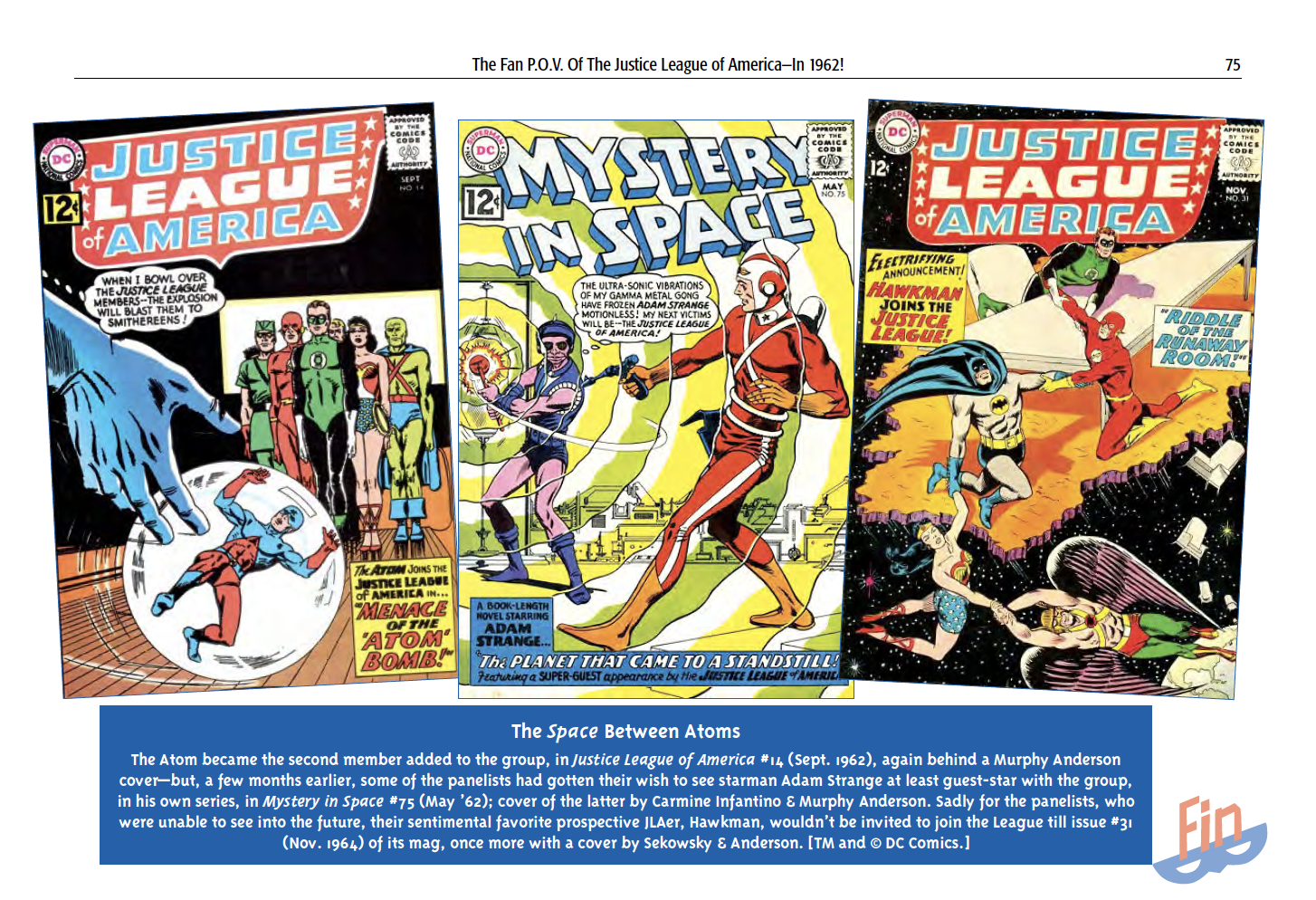 Alter Ego #156 is out 12/12. It’s available at comics shops and other retailers. You can also get it directly from TwoMorrows. Click here.