EXCLUSIVE: The classic Mystery in Space #75 is heading back to shelves… 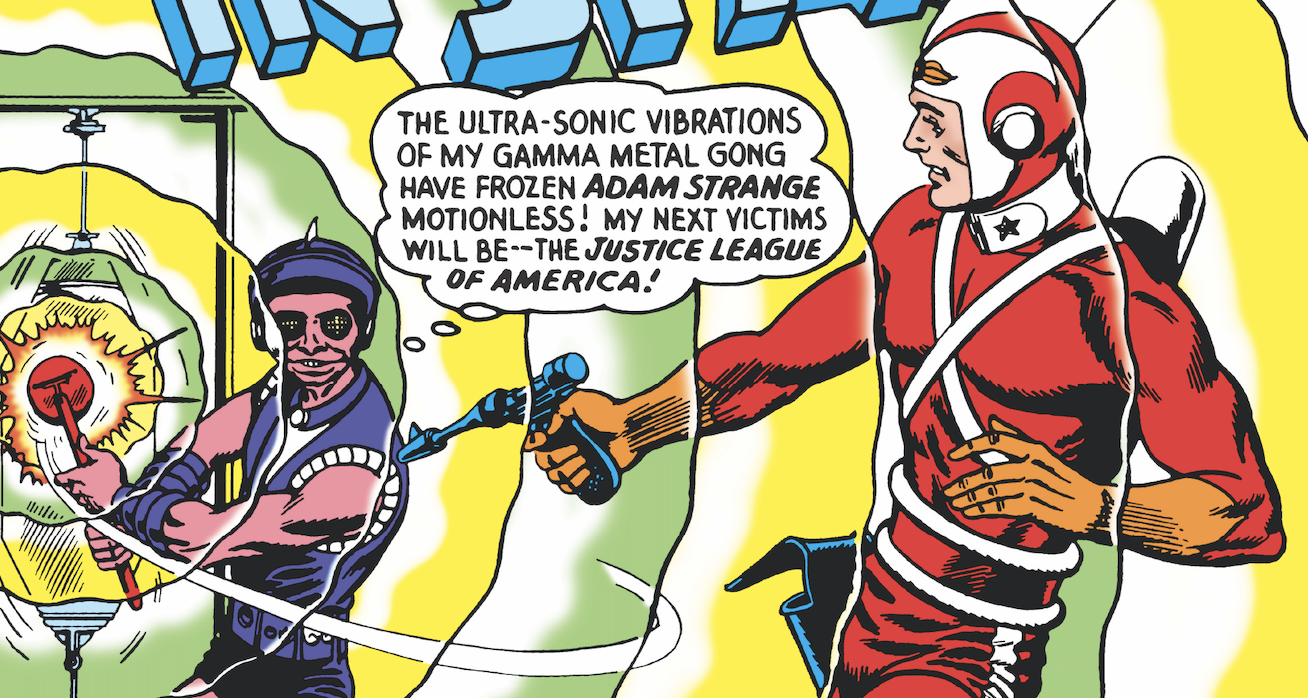 Of the three Facsimile Editions DC is publishing in March, this one is easily the strangest — as in Adam Strange.

Check out the official solicitation copy, which will be released Friday by the publisher: 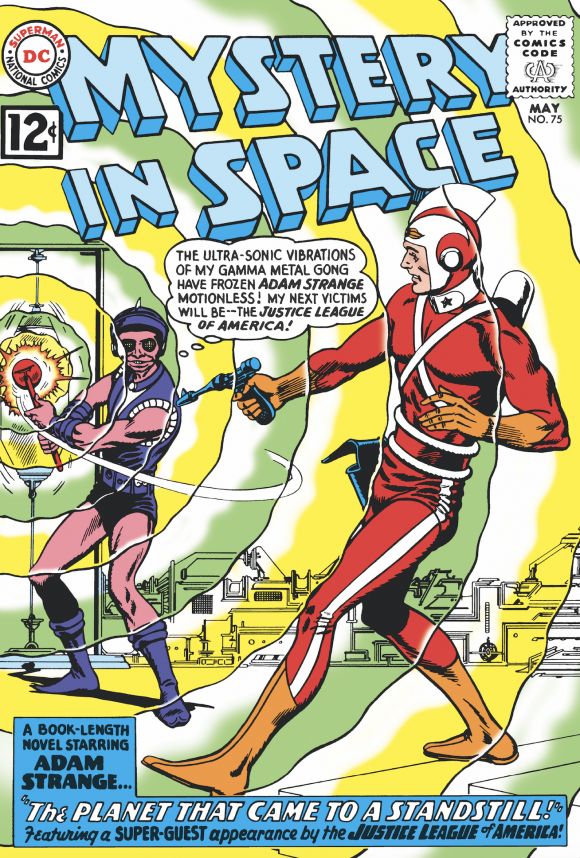 Written by GARDNER FOX
Art and cover by CARMINE INFANTINO and MURPHY ANDERSON
In this novel-length story, Adam Strange enlists the help of the Justice League of America to help capture his greatest foe, Kanjar Ro! Fans voted this issue “Best Book-Length Story” in 1962.
ON SALE 03.04.20
$3.99 US | 32 PAGES | FC | DC

— This is easily the most offbeat choice in DC’s Facsimile Edition line to date, though it makes sense. You know as well as I do that Strange Adventures is going to get Eisner buzz right off the bat.

— Why this issue as opposed to Adam Strange’s debut in Showcase #17? Well, it does have an interesting back story. Evidently, in an issue of Justice League of America, the Flash mentioned the spaceman as a possible new member. But a letter to the editor pointed out that the JLA couldn’t have heard of Strange since all his adventures took place on Rann. So the editors put together the story in Mystery in Space #75.

— Another possibility is that this story will tie in to whatever it is that King and co. have planned.

— Requisite price comparison: The Facsimile Edition is $3.99 — ads and all. An original, unslabbed Very Fine copy recently sold on eBay for $45.

— As mentioned, DC will produce three Facsimile Editions in March — the most in one month so far. One of them features the debut of one of the biggest names in comics history. (Click here.) The other reprints the first appearance of a certain superteam. (Click here.)

— 13 COVERS: The JUSTICE LEAGUE in the Silver Age. Click here.