Wouldn’t it be cool if these were brought back? 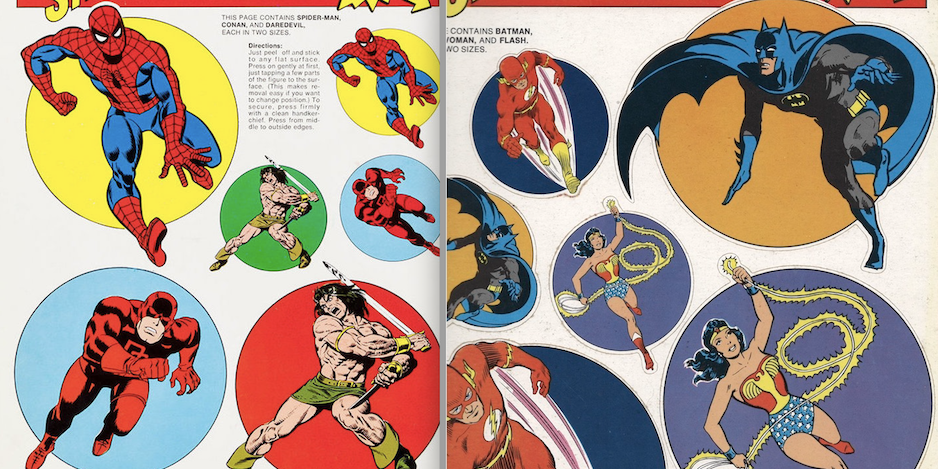 Over the last several years, reprints, re-releases and replicas have been all the rage, whether we’re talking comics, books, toys or other ephemera.

Marvel, especially, has had a fun go of it, with reprints of ’60s and ’70s trading card-size stickers; vending machine mini-books; and — most notably — a portfolio of classic black-light posters, which is now slated for October. 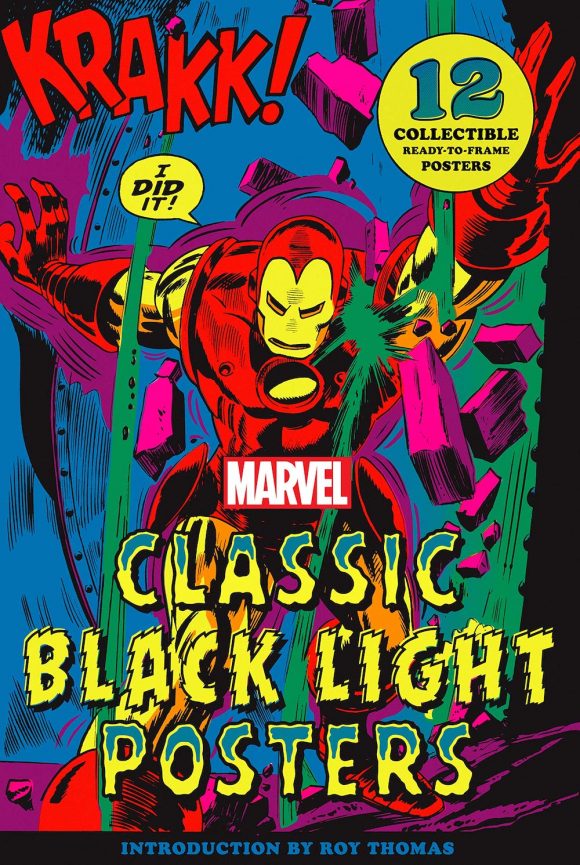 Every once in a while, we’ll run 13 CLASSIC TOYS WE WANT TO SEE RE-RELEASED and I certainly would love a full run of 1970s Slurpee cups, all fresh and new.

Most of these fantasies are exactly that, though: a desire for what once was, even though it may be impractical. Nevertheless, you know what I would really love to see again? The DC and Marvel “stick-ons” produced by Our Way Studios that proliferated in the ’70s. 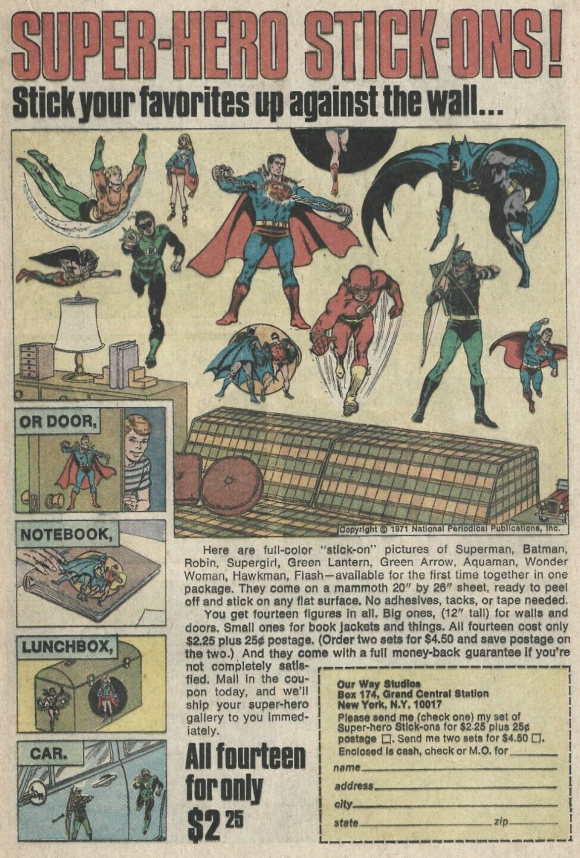 I had one set: the giant sheet of DC heroes you could order through comics. I was probably 5 and this was how I learned that Mom really doesn’t want you to put stickers on the walls — even though that’s what the ad suggested. So almost as quickly as my heroes went up — Batman, Robin, Superman and so on — they went back down again. The only one that survived beyond the first few days was a Flash sticker I put on the box I kept my View-Master in.

I also didn’t realize at the time that there were Marvel stick-ons too — and I certainly would have wanted any of Spider-Man. 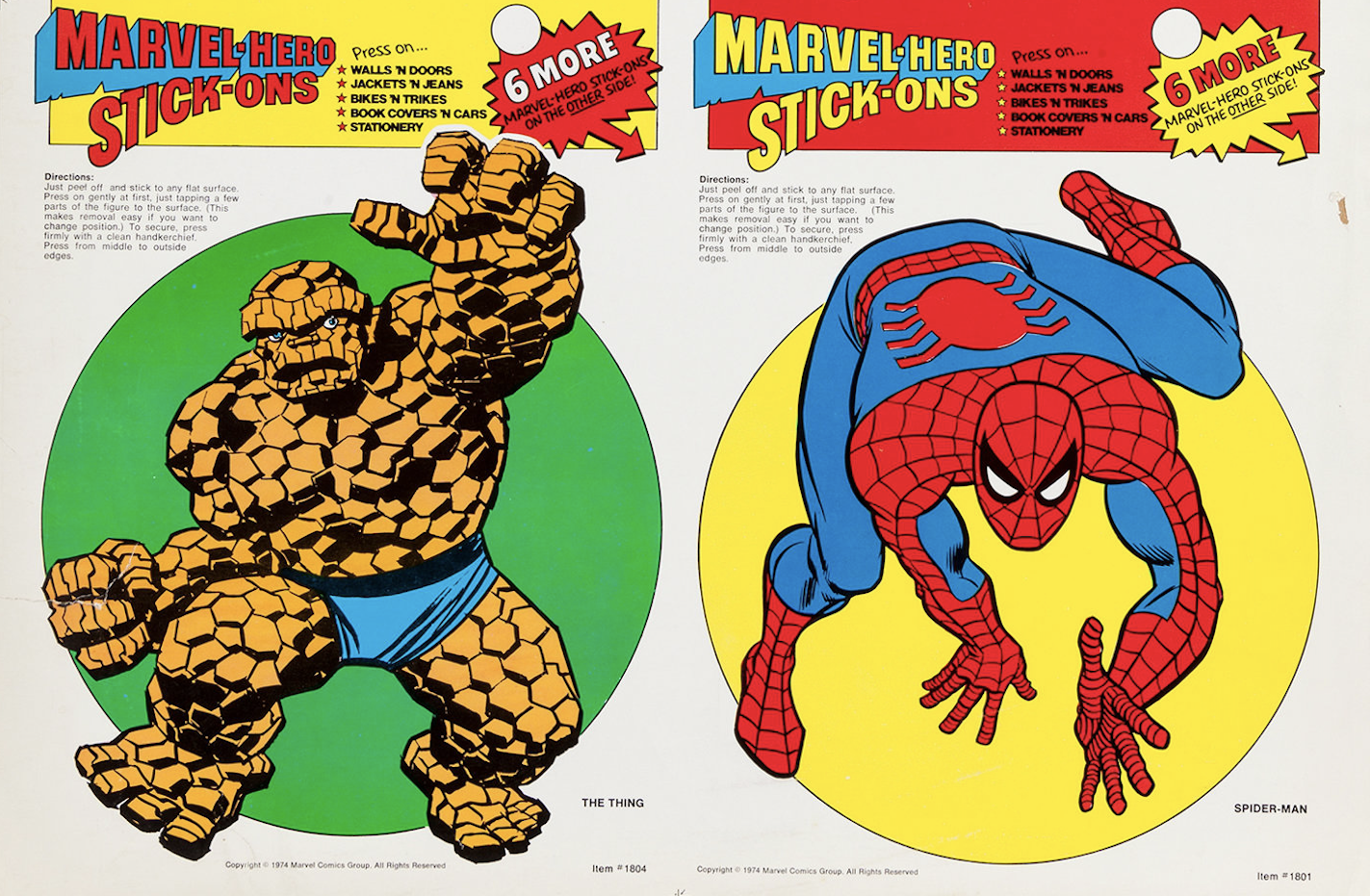 Anyway, it’s nearly impossible to land the stickers on those big, comprehensive sheets. But I was able to grab four complementary DC sets through eBay and man, they are the bee’s knees. I think every one of those DC designs you got on the big sheet — stock images of varying sizes by the likes of Neal Adams and Murphy Anderson — is represented in these four sets with the strange exception of Green Lantern.

I scanned them and wanted to put them out in the world again in hopes that some inventive licensee will see them and get all excited and put out fresh, new affordable sheets. Because if you want the originals, they ain’t cheap. (RoomMates, however, does have reusable Marvel stickers that feature Bronze Age art. Wonder Woman, too.)

So dig these pretty DC stick-ons from my collection. (Those Marvel ones above are gleaned from the interwebs.) 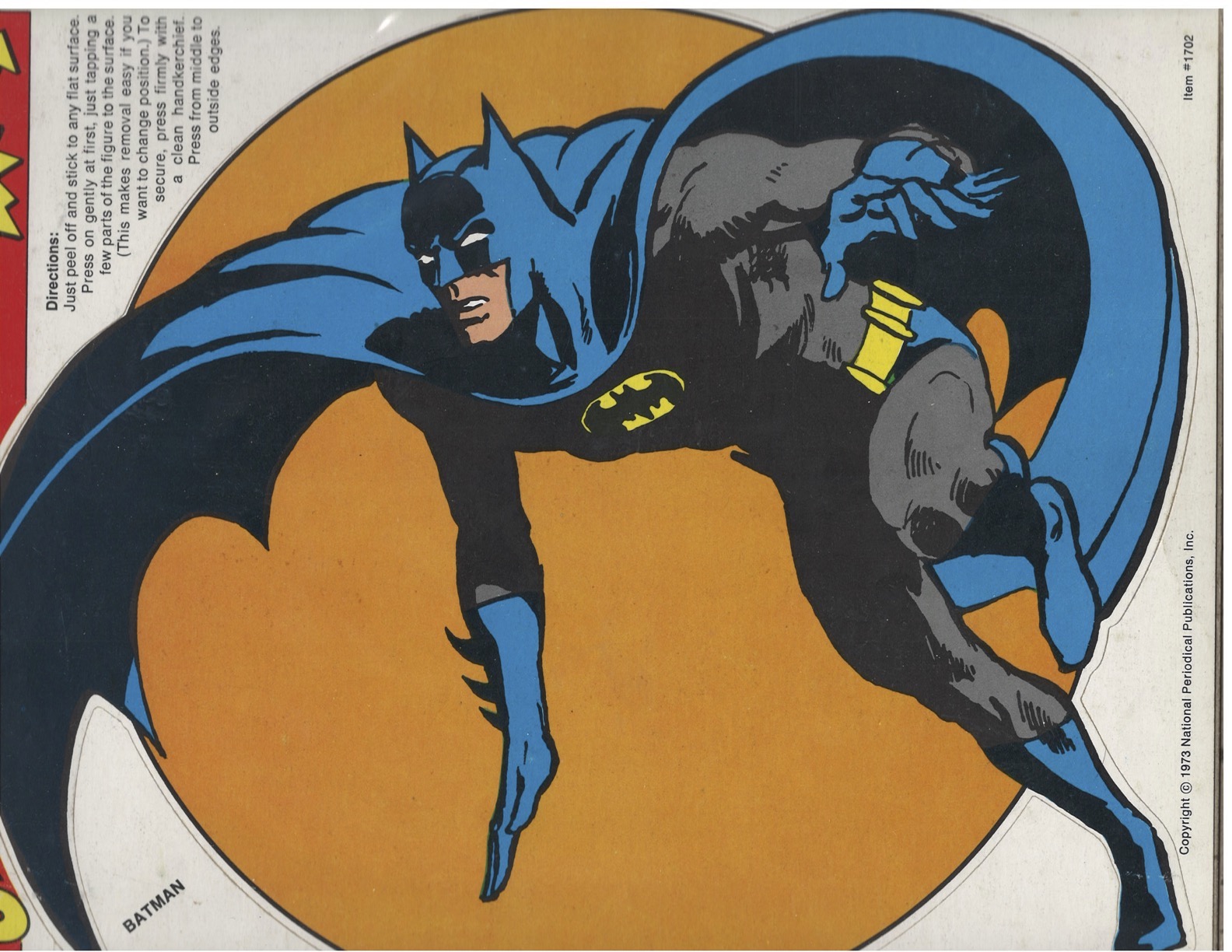 Batman main sticker. Pardon the crops. These sets are still bigger than your typical scanner. 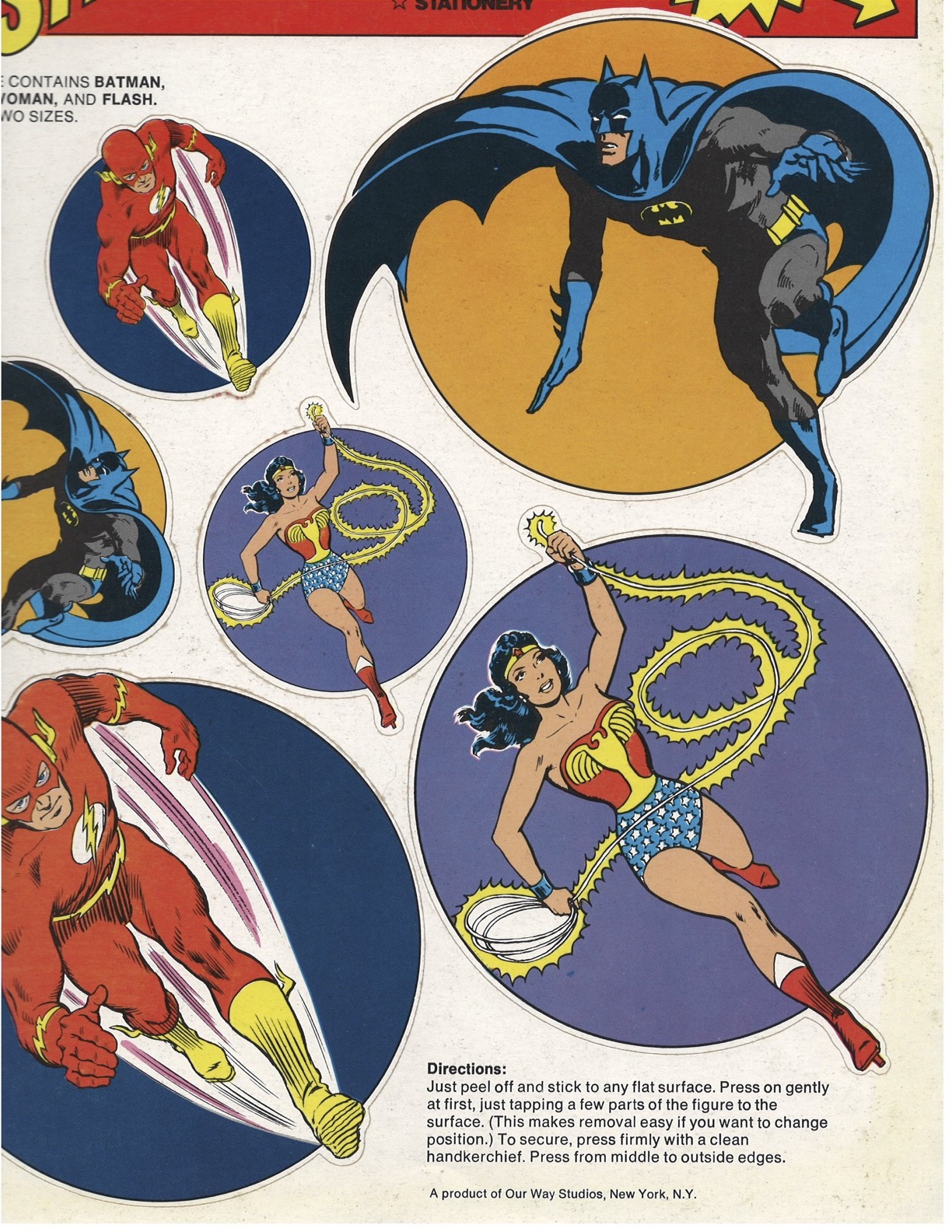 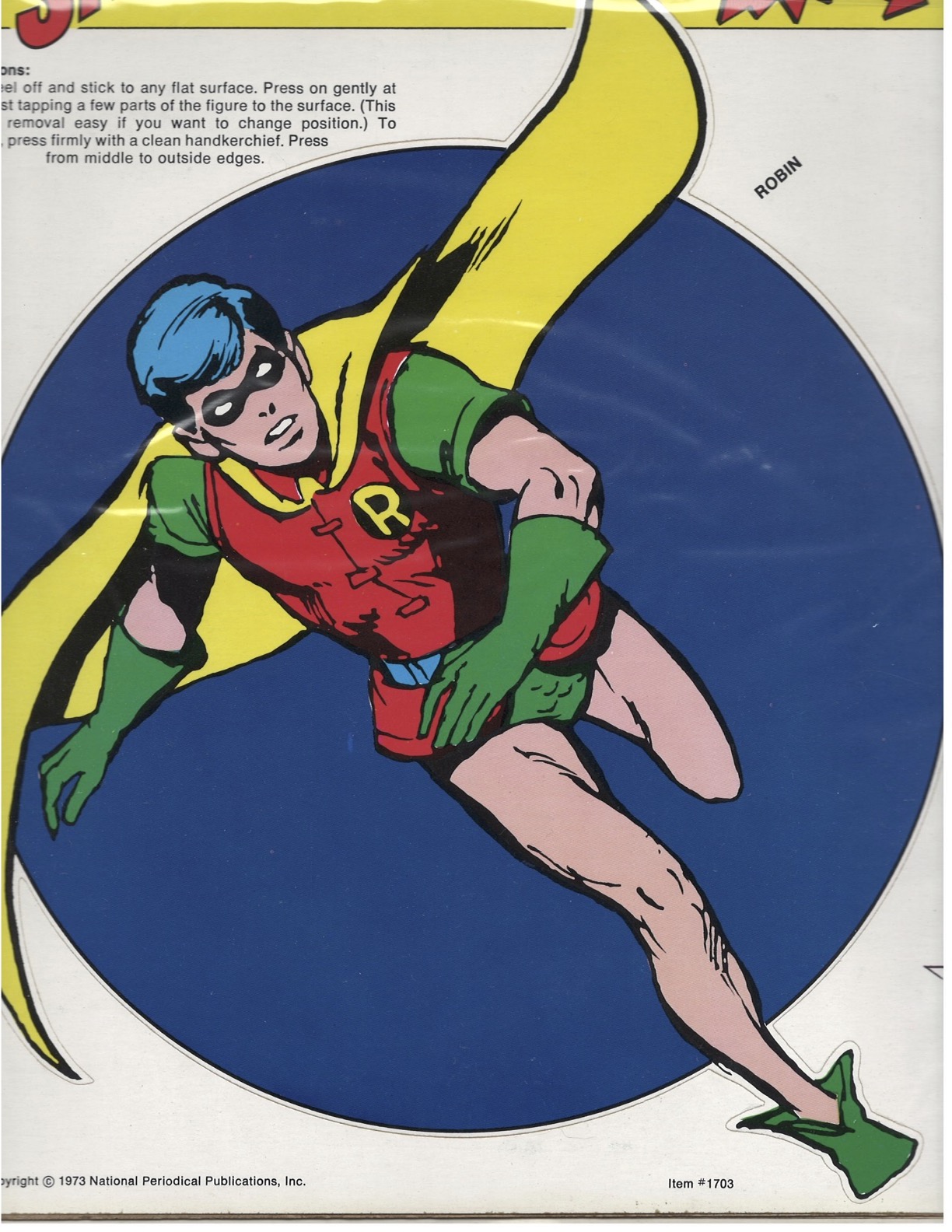 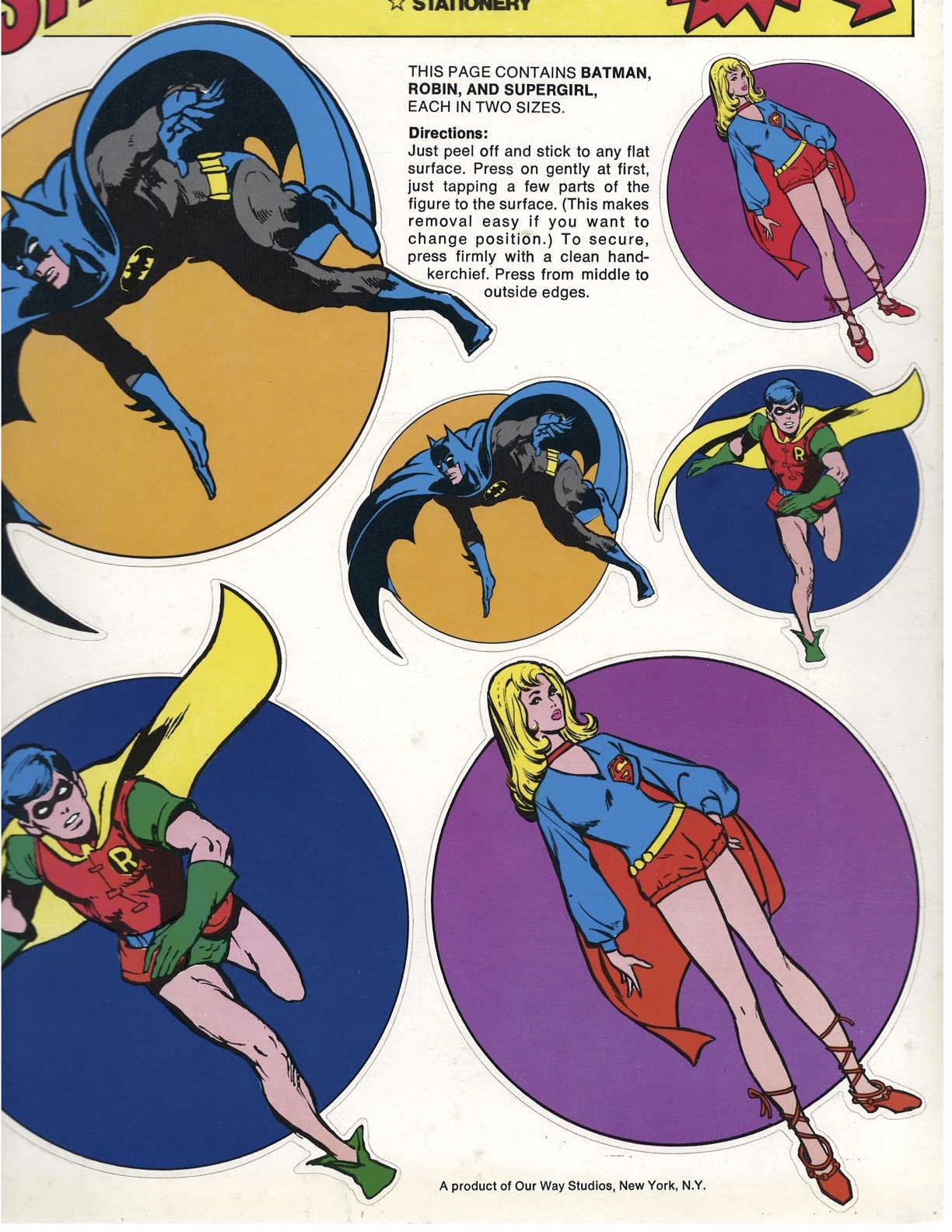 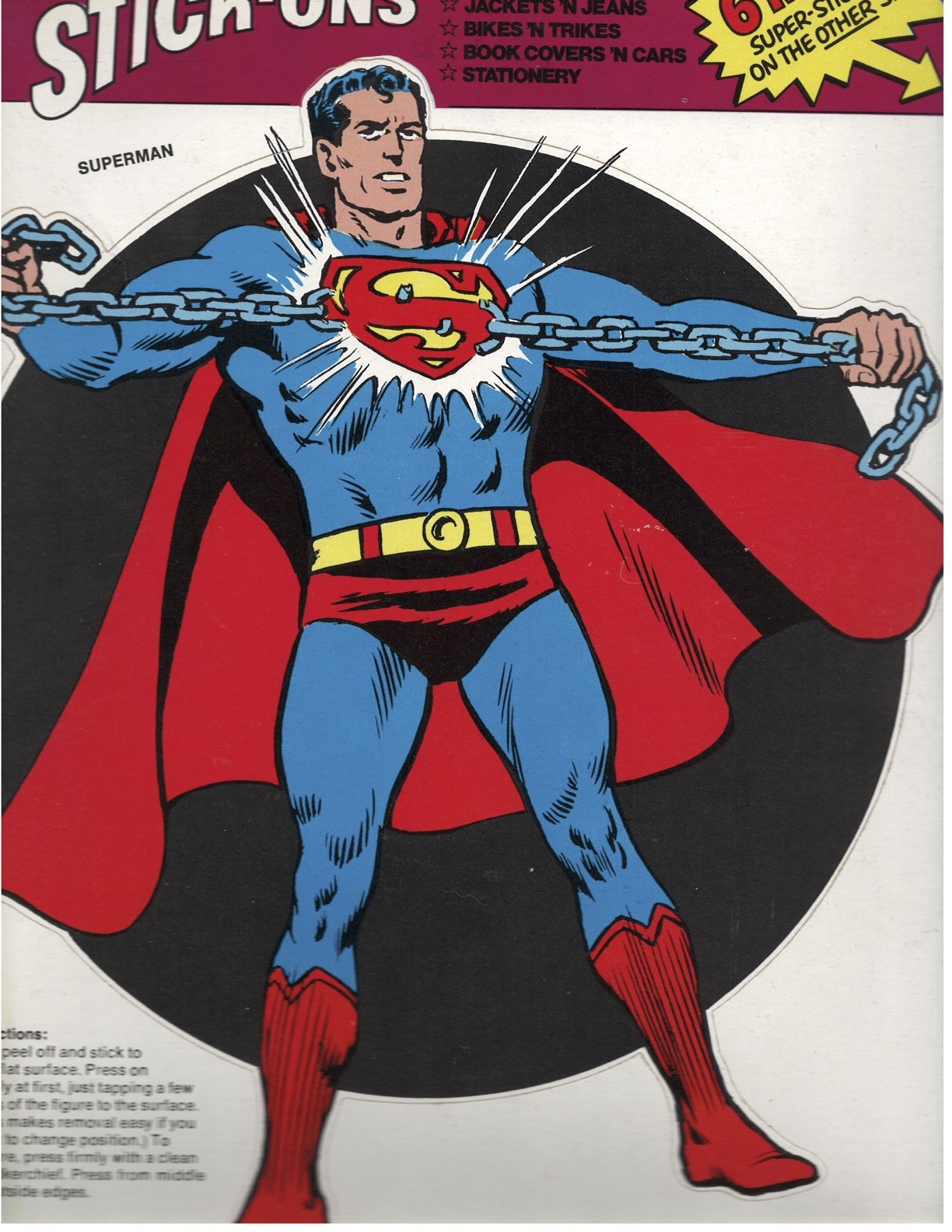 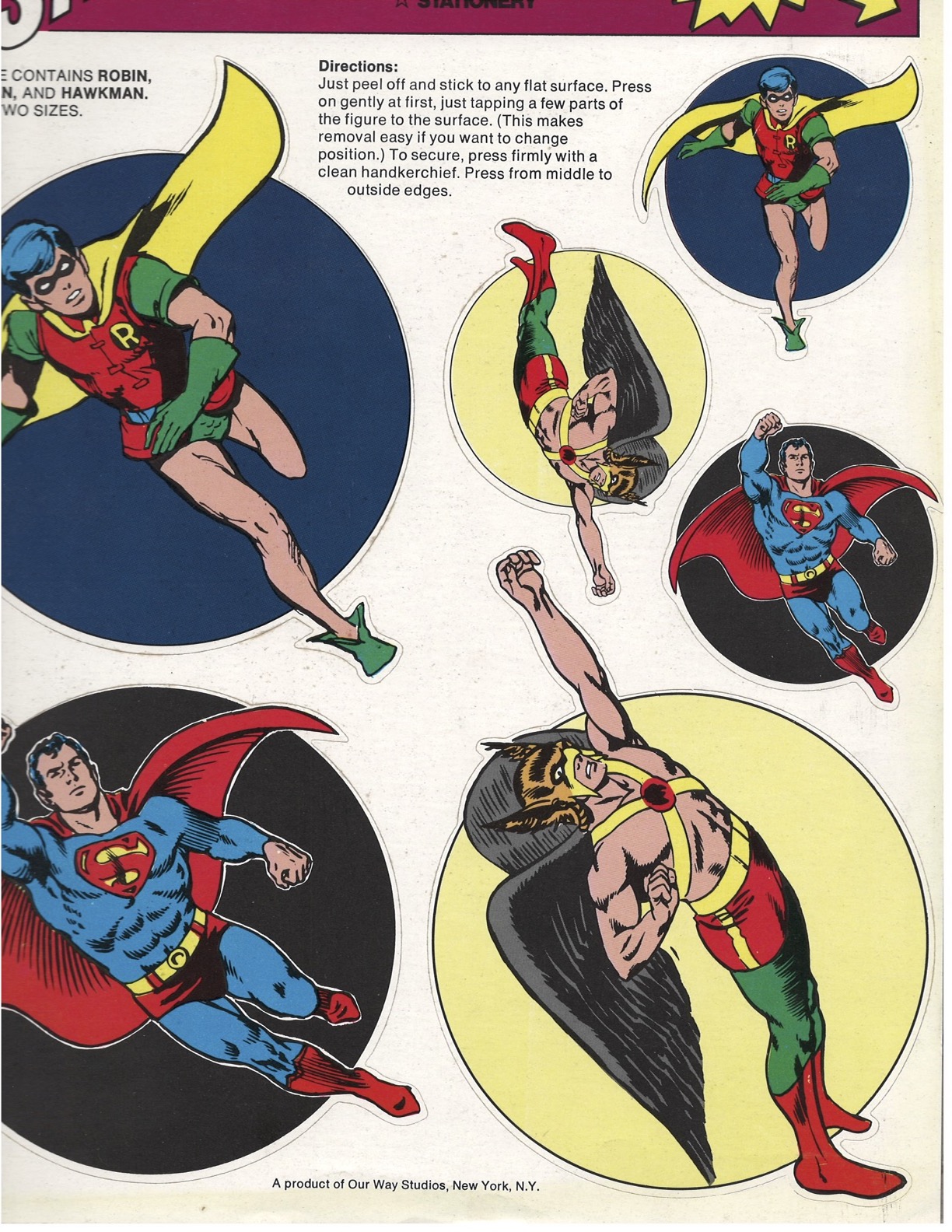 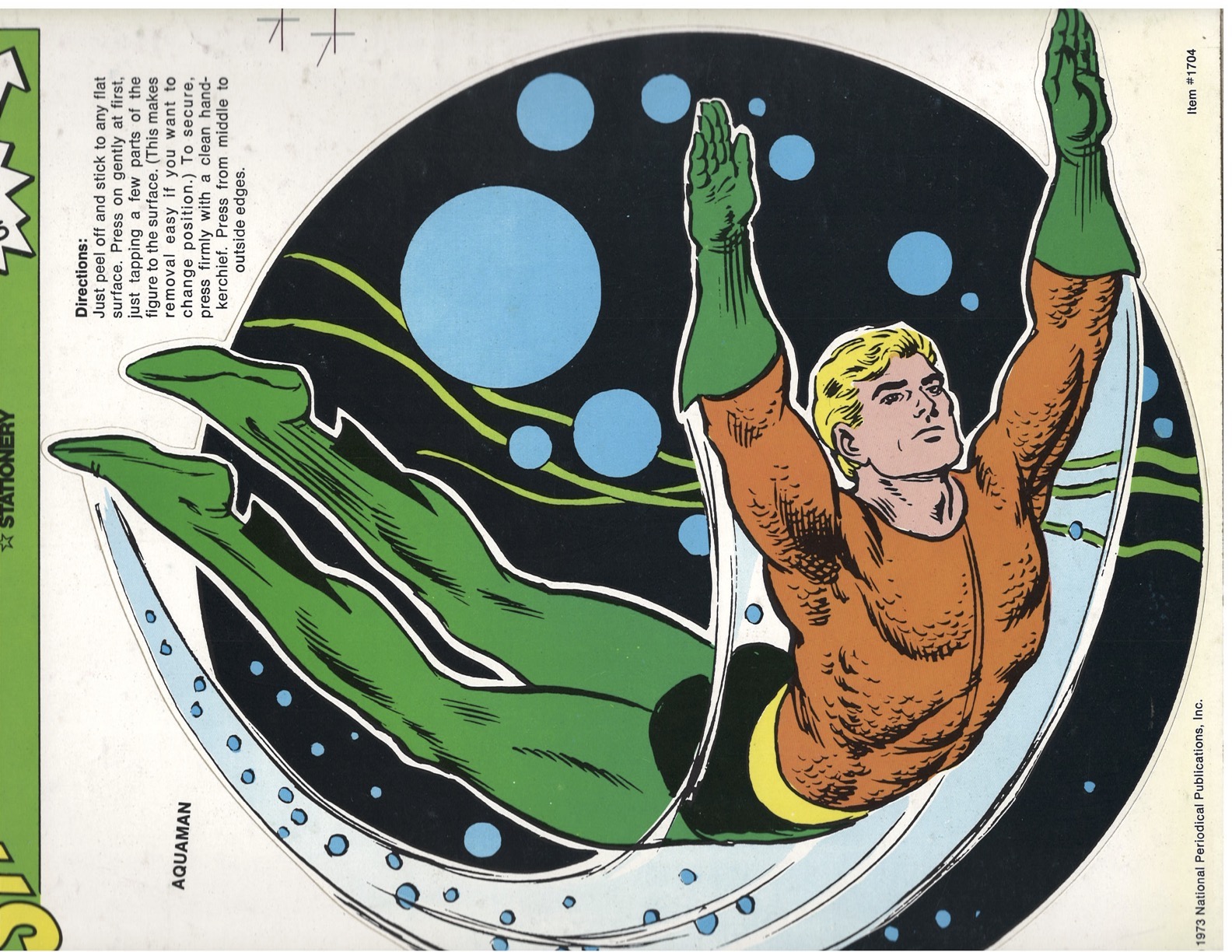 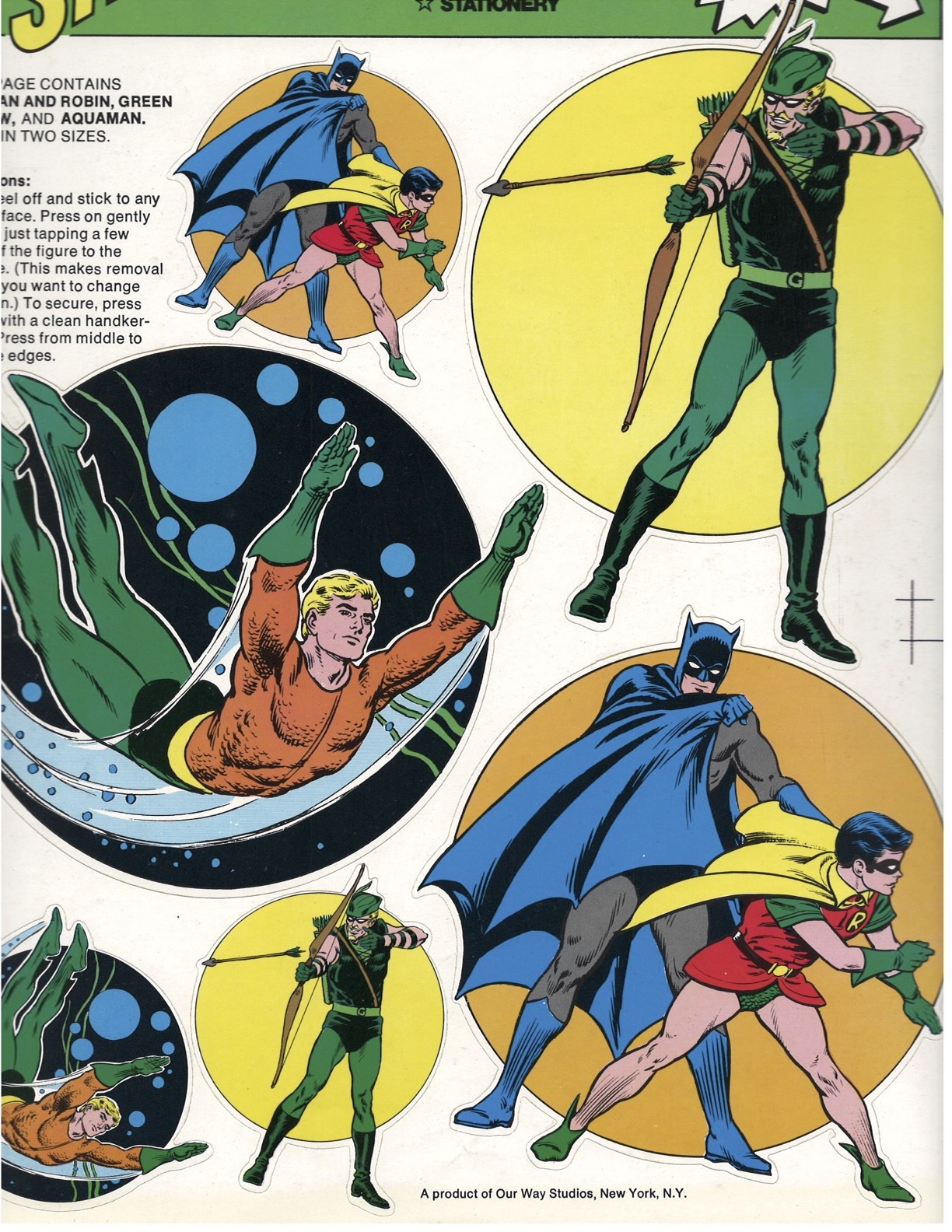