Some Marvel Age whimsy to brighten your day… 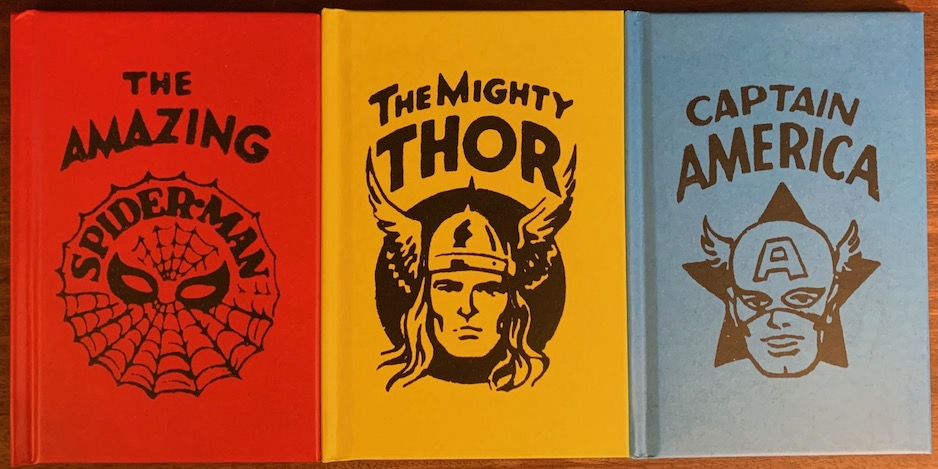 I’ve said this before in other contexts but we’re living in the Golden Age of reprints and reproductions. So many of our favorite comics, toys and collectibles have been re-released as replicas over the last several years that retro-minded collectors can get brand-new versions of childhood favorites for a relative bargain.

Are they the real deal? No. But they’re pretty darn close and in some ways improvements. If you want an original, say, Mego 8-inch figure, you can still track one down fairly easily. But you can get a pretty spot-on remake for a fraction of the cost. 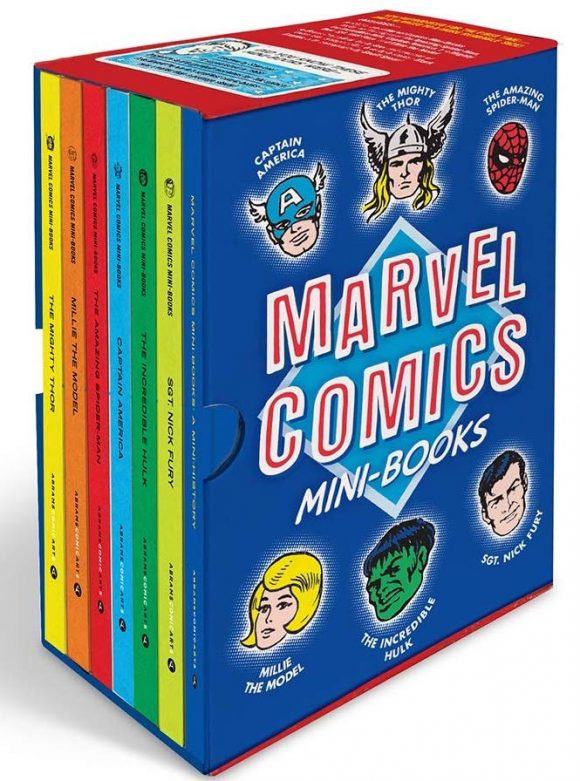 We told you about this back in March — and you can click here for a lot of the details. But in case you’re unfamiliar: Back in 1966, Marvel published six comics — starring Spider-Man, Captain America, Thor, the Hulk, Sgt. Fury and Millie the Model — that were so small they could fit into gumball-machine capsules.

Each tiny volume — smaller than a postage stamp — told the character’s origin story or gave an intro. They threw in some gags as well (an unnamed Man of Steel even makes a cameo in Spidey’s book). They’re considered the smallest comics ever and are a nifty footnote in Marvel history.

The new set, on the other hand, enlarges each for readability while maintaining the kitschy art and tone of the originals.

Check out this INSIDE LOOK: 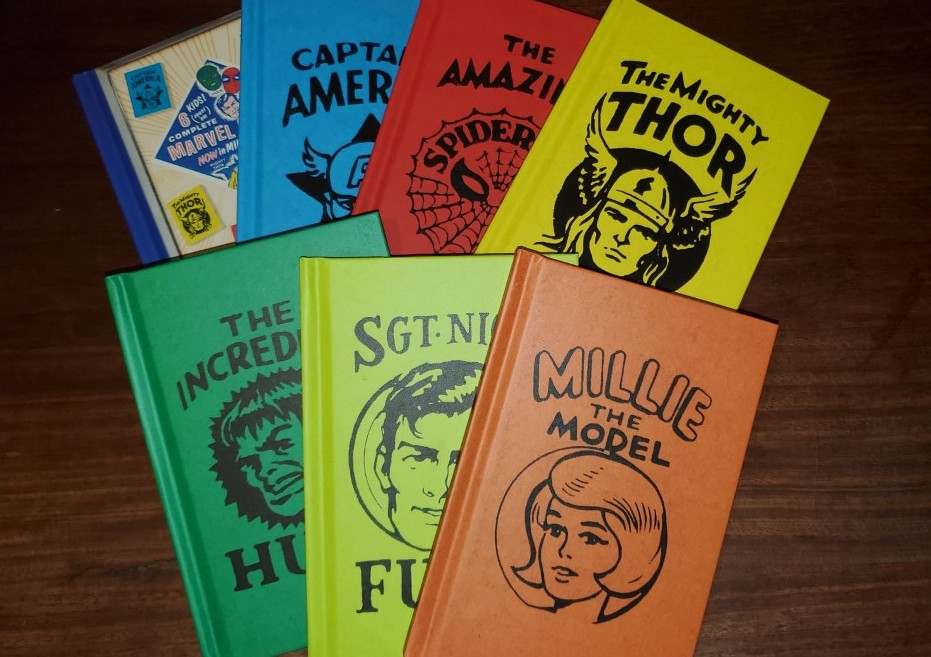 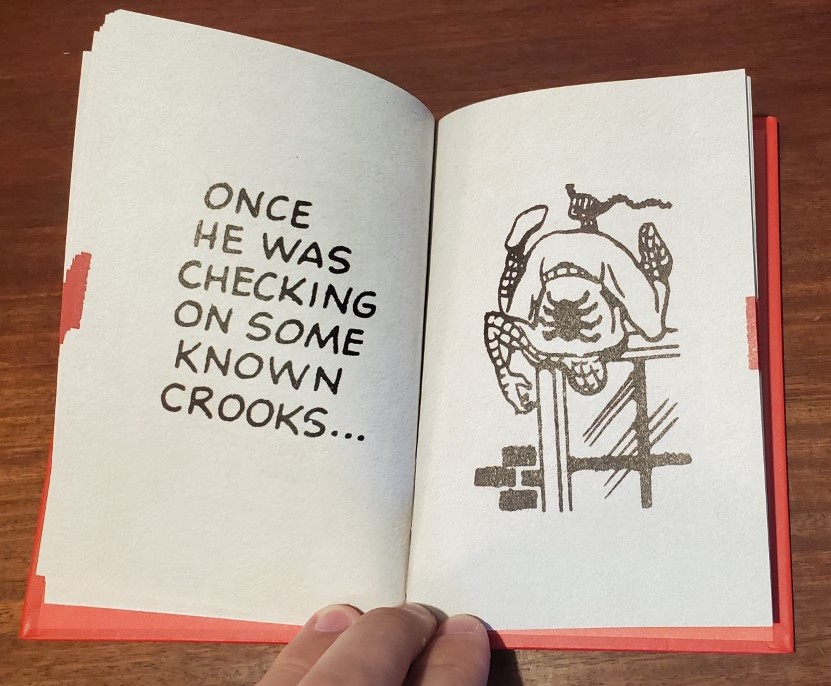 As you can see, they’re still not that big, which makes for a wonderfully quirky reading experience.

In addition to the six “originals,” there’s a seventh book, written by historian Mark Evanier and photographed by Geoff Spear, that provides the entertaining background of the mini-comics, with plenty of images of the originals and information on variants and so forth. Meanwhile, one side of the box itself emulates a gumball machine: 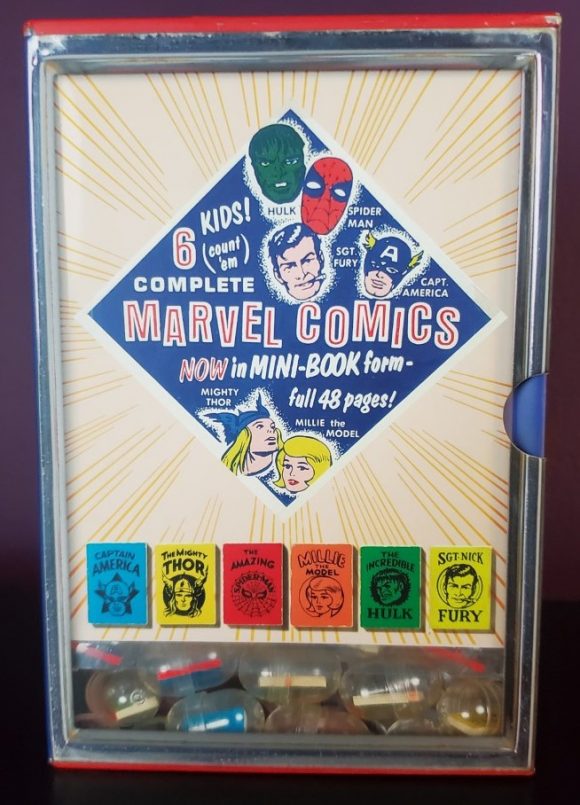 The whole project is a testament to that little thing we call fun — wholly frivolous and yet something that will make your heart leap with joy when you unwrap it. 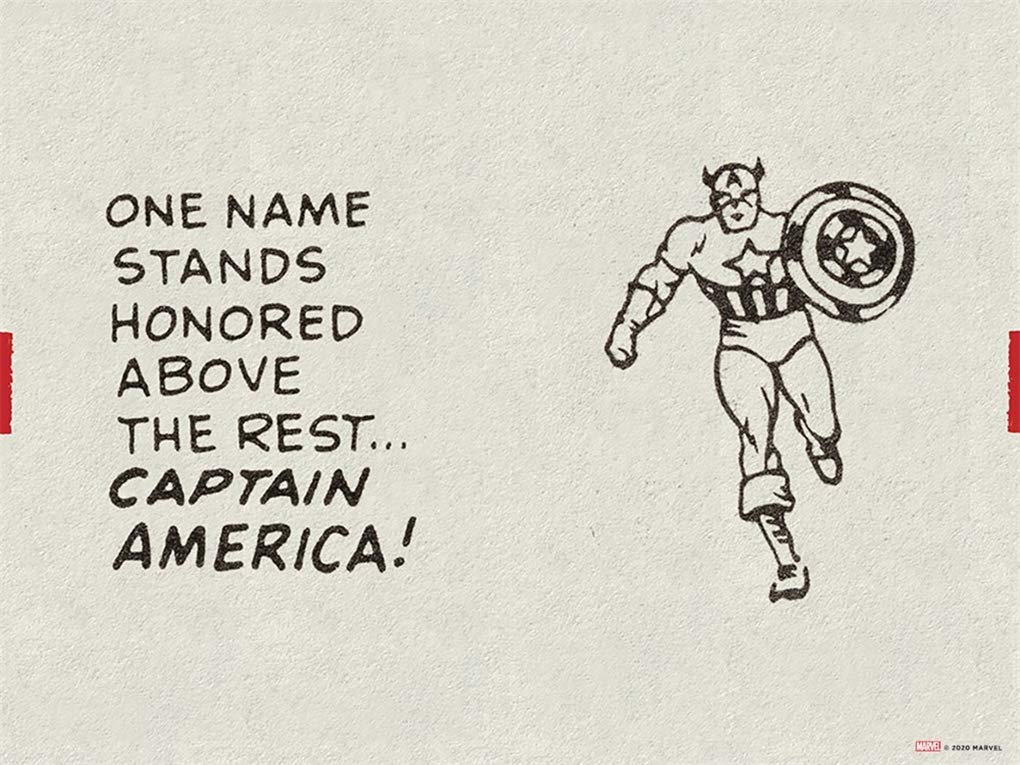 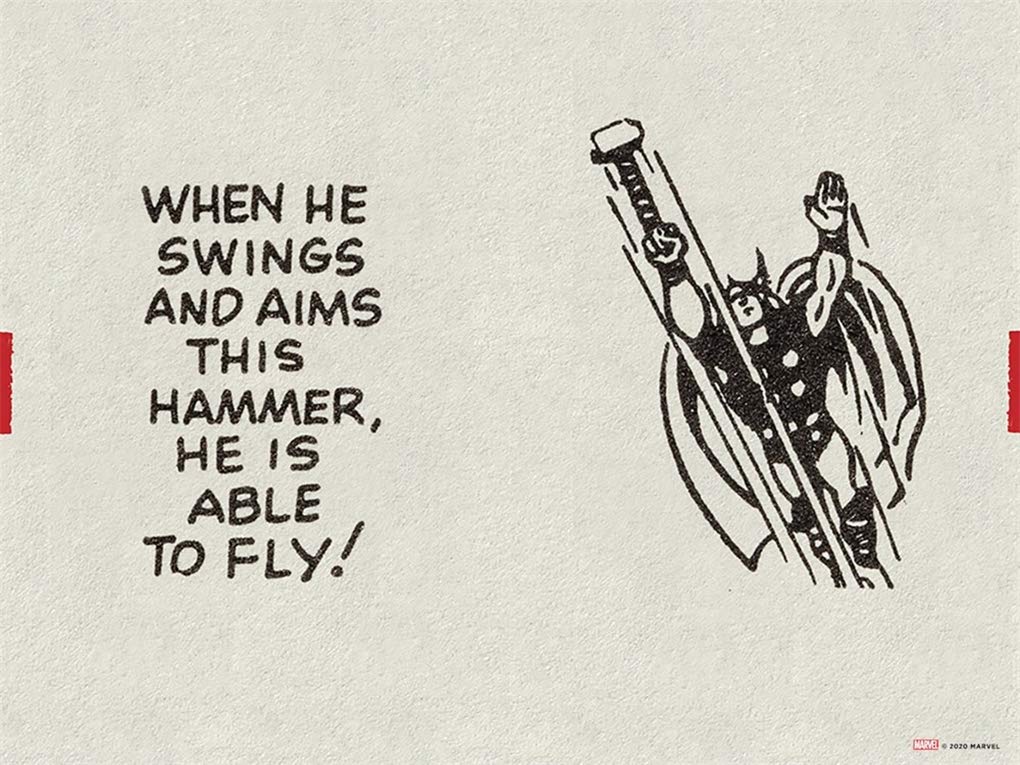 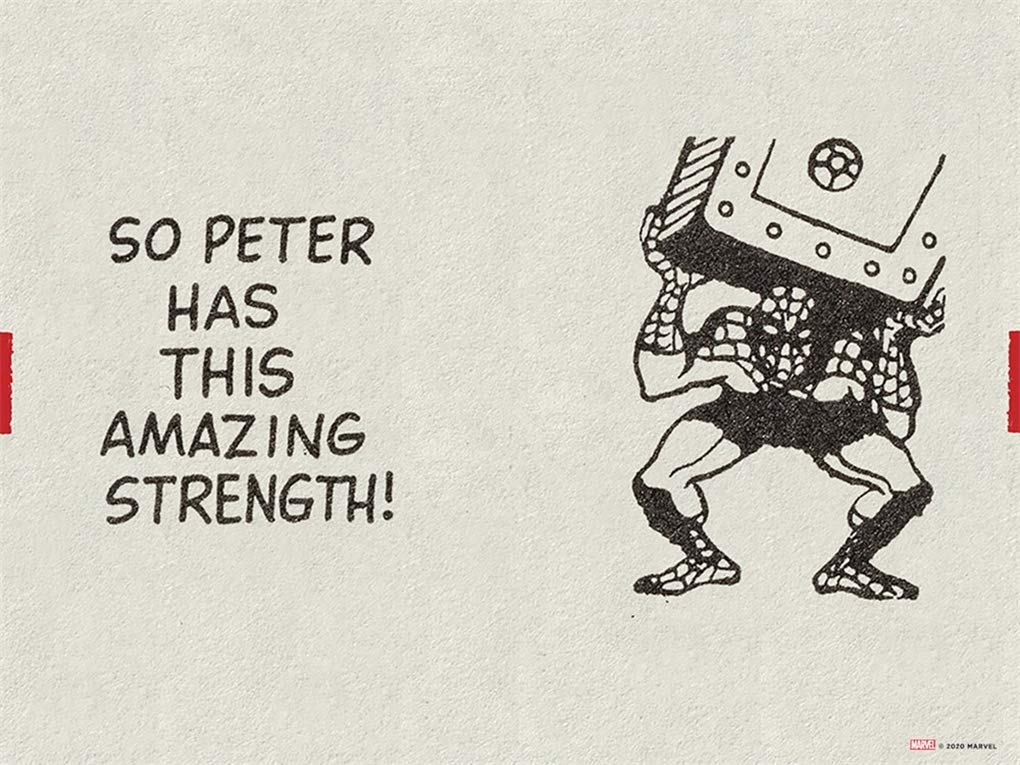 According to Evanier, it appears that Marie Severin, Carl Hubbell and Stan Goldberg drew the mini-comics. The writers, however, are less clear, but it turns out that Denny O’Neil wrote the Captain America issue — his first superhero work.