PIX! Your first IN-PACKAGE looks at Batgirl ’66! Riddler ’66! The Batmobile! PLUS: The New Batman Adventures! The Flash! The New Frontier boxed set!

Mego‘s Bend ‘n Flex line has almost, but not quite, been lost to the ages, certainly overshadowed by its 8-inch, cloth-bedecked bigger brother. Odes and sonnets have been written about the virtue of the 8-inch figure, to the point where “Mego” has become shorthand for that style, even though the company produced a wide array of toys. 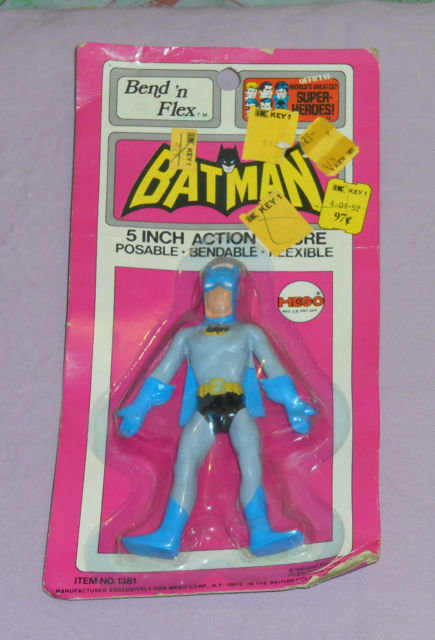 As I write this, somebody on eBay wants about $200 for this.

Like the Bend ‘n Flex, NJ Croce‘s run of DC bendables has to some degree been overshadowed by the fancier, more modern offerings from other companies.

I love those other action figures, as you know. But I have a real soft spot for these bendables — especially the Batman ’66 line — because they’re charming, great-looking, superb quality, affordable — and they look like the characters and actors to boot! Plus, Nick Croce, the head of company is one of the most affable and enthusiastic guys in the biz.

I’ll stop now. You can just behold the fantastic pix. One noteworthy thing is that The New Frontier boxed set will be exclusive to some retailers this spring but then available more widely in the fall.

Also: The animated Batman figures will be getting entirely new packaging based on them technically being from The New Batman Adventures.

Most of these items will start hitting in the springtime: 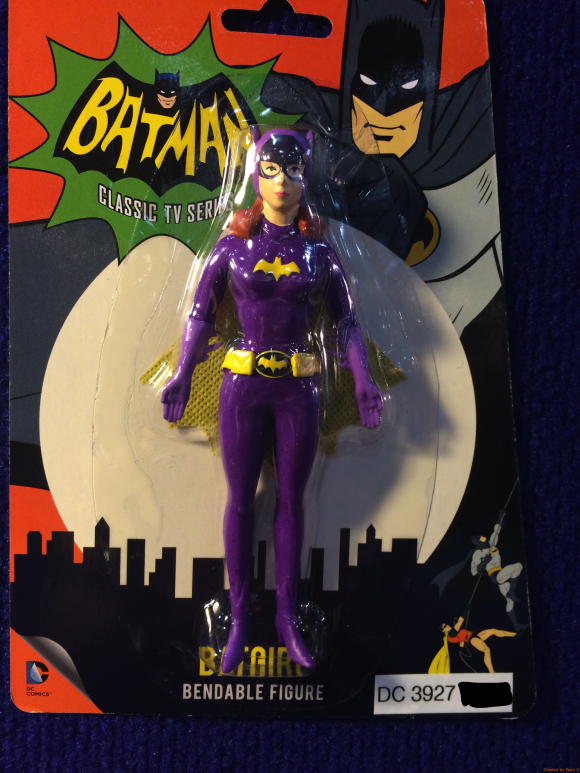 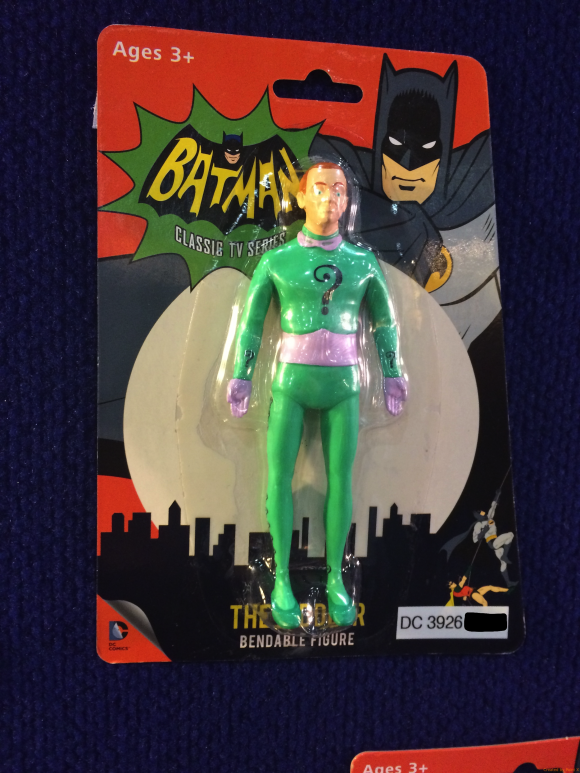 I LOVE the mask around his neck! LOVE that! 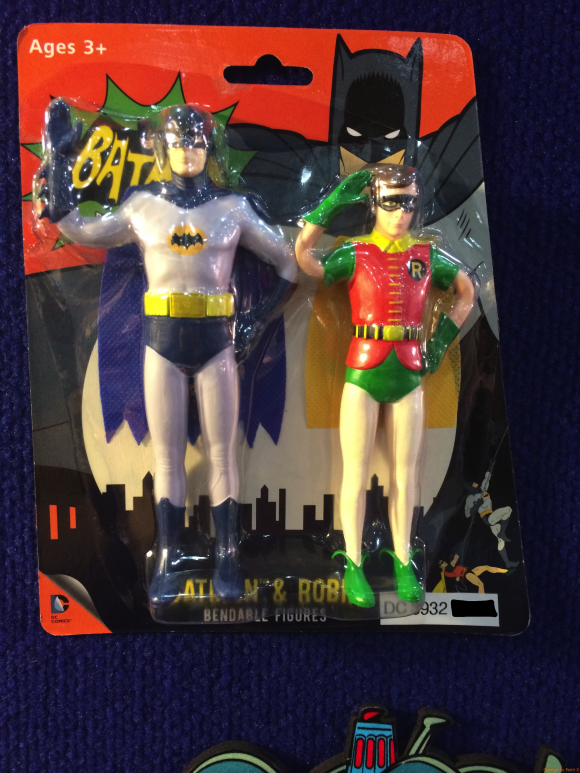 … in its own quaint way, reminds me of this … 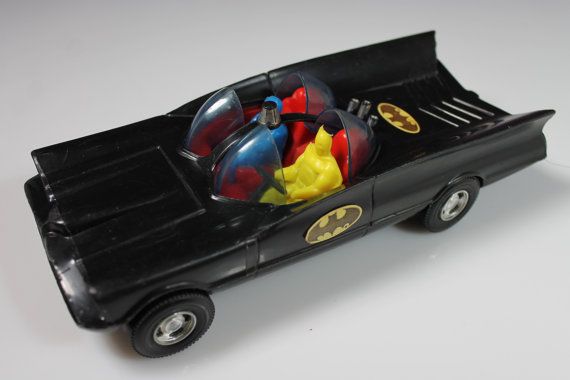 … EXCEPT it’s about 1,000,000 times better. First, you can remove the figures, which are essentially the keychain scale (though Robin was scaled further down to be shorter than Batman!) Amd the detailing is superb, down to the moveable seatbelts. The wheels don’t roll because of contractual issues, but man, IT DOES NOT MATTER. And the whole thing will have an SRP of about $35. That, is a BAT-BARGAIN. Can’t wait. It’s gonna have a special spot on my shelf. 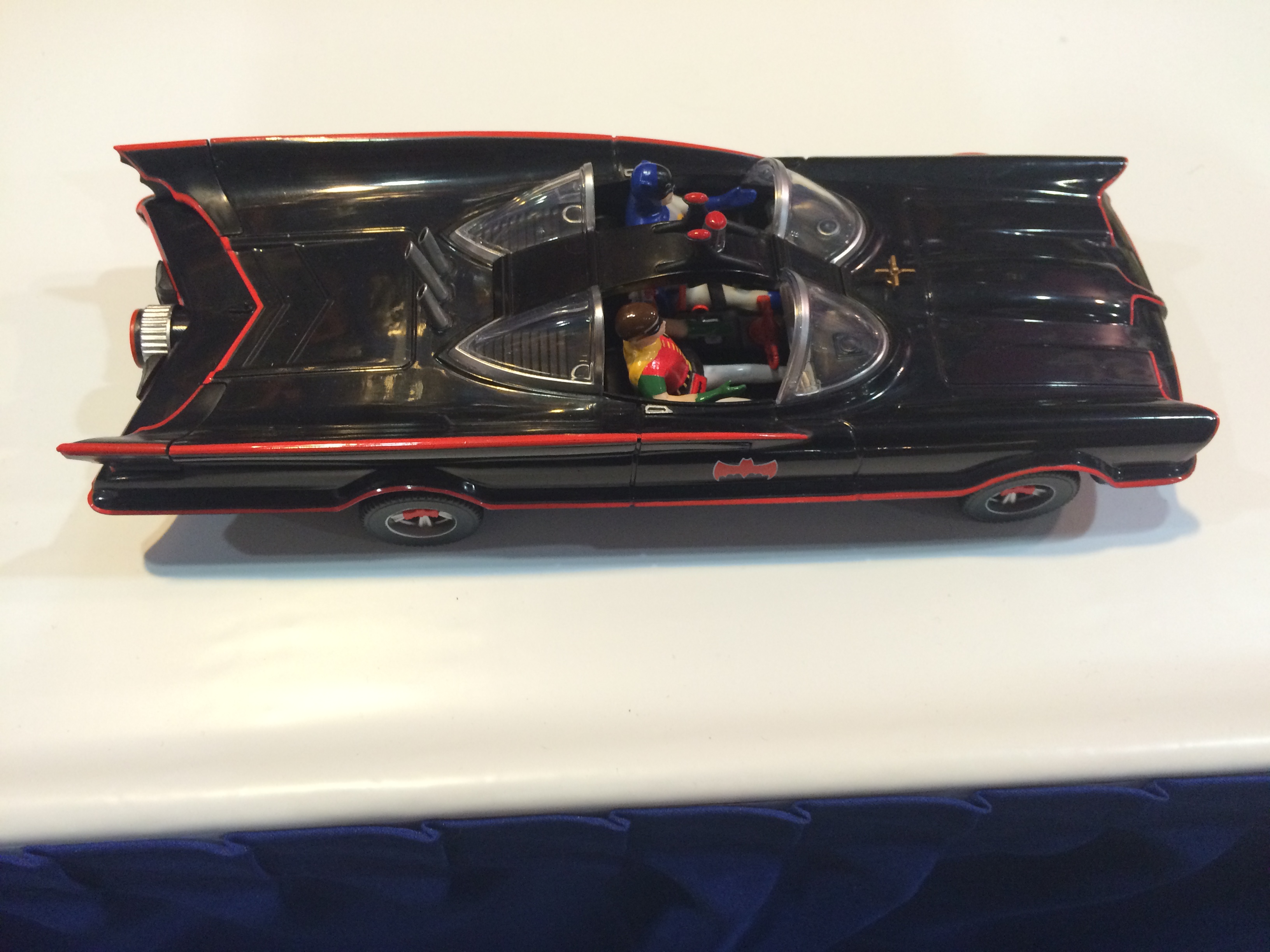 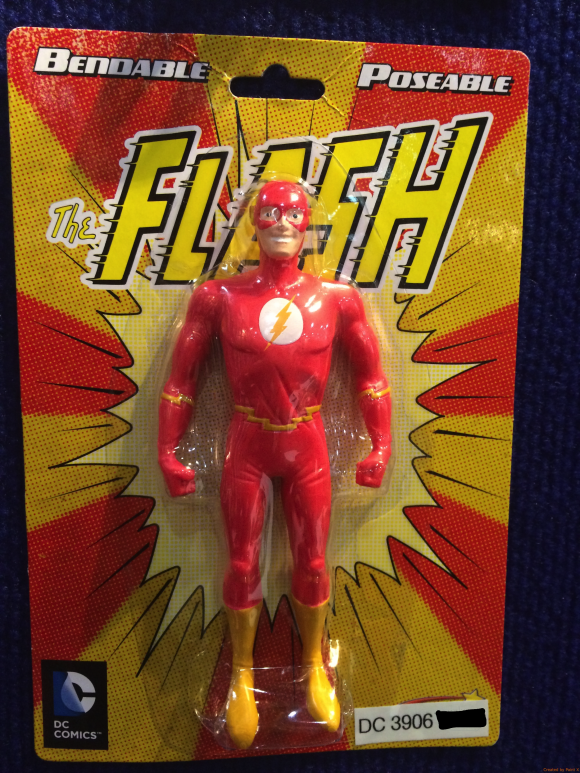 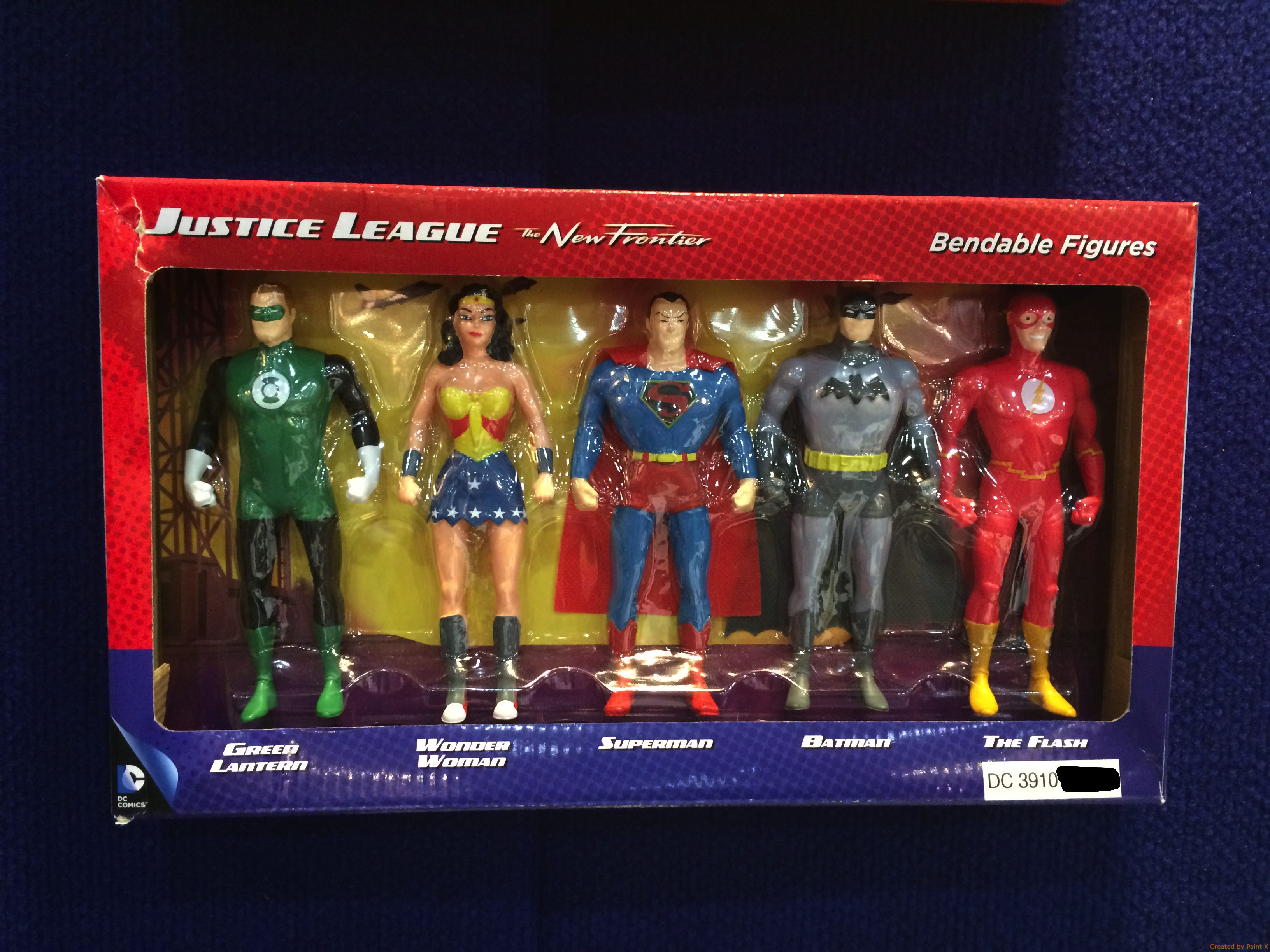 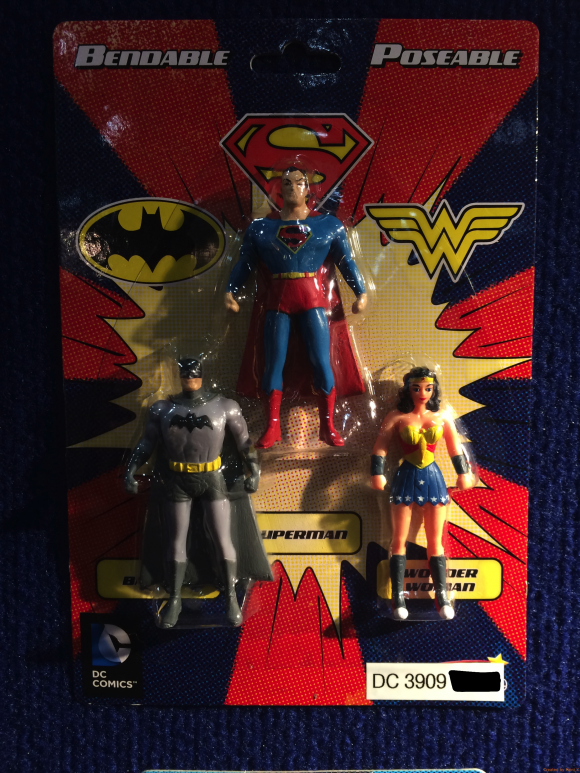 Now, here are the animated figures. Again, the packaging is going to be completely redone. But here are the figures, nonetheless: 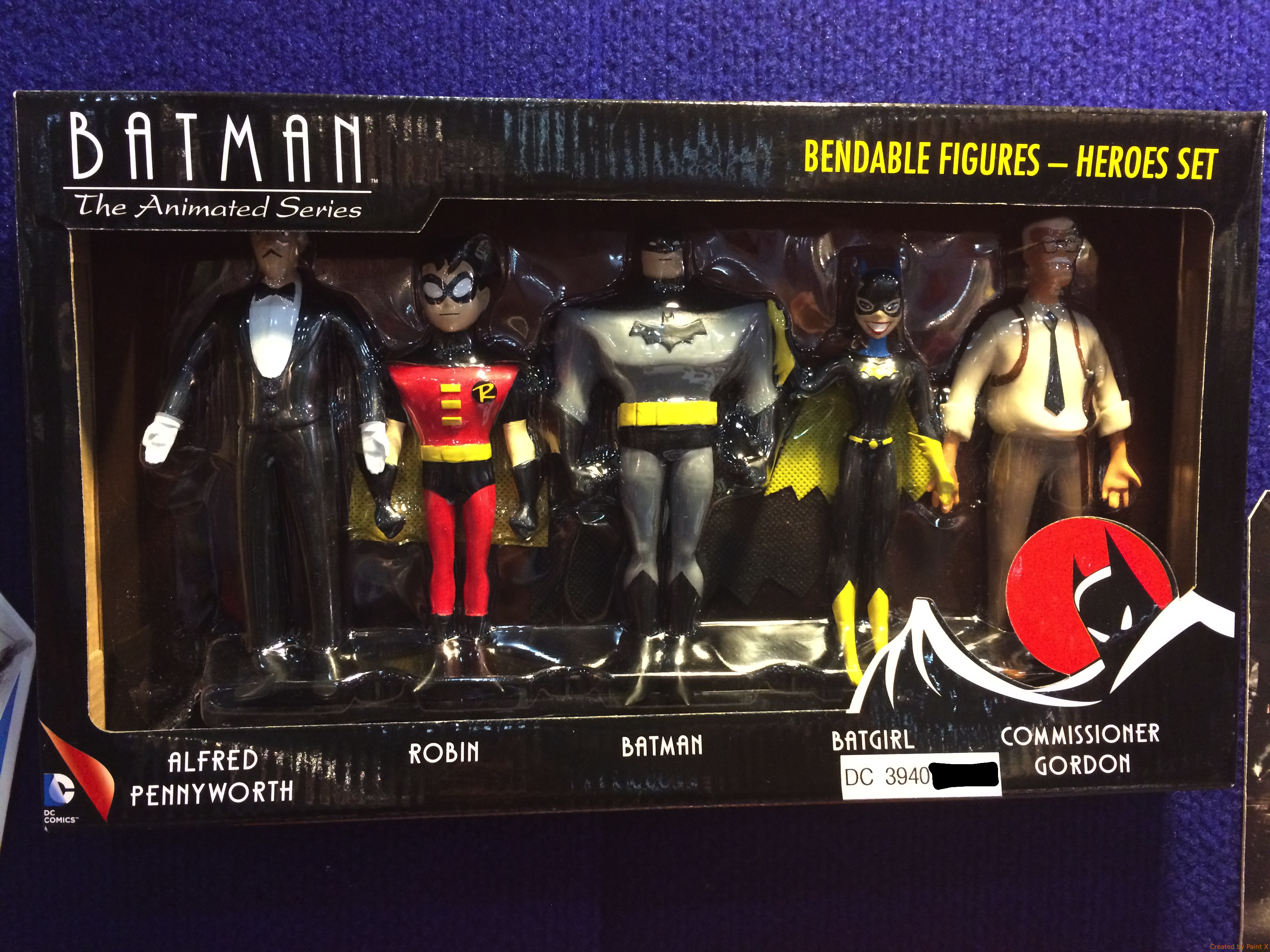 Plus, here’s a look at Batman out of his pack: Prototype new packaging: the back — SUBJECT TO FINAL APPROVAL

PLUS: Arkham Knight Batman! And a new Superman bendable!