Checking out Superman, Aquaman, Atomica — and the best Atom action figure ever. 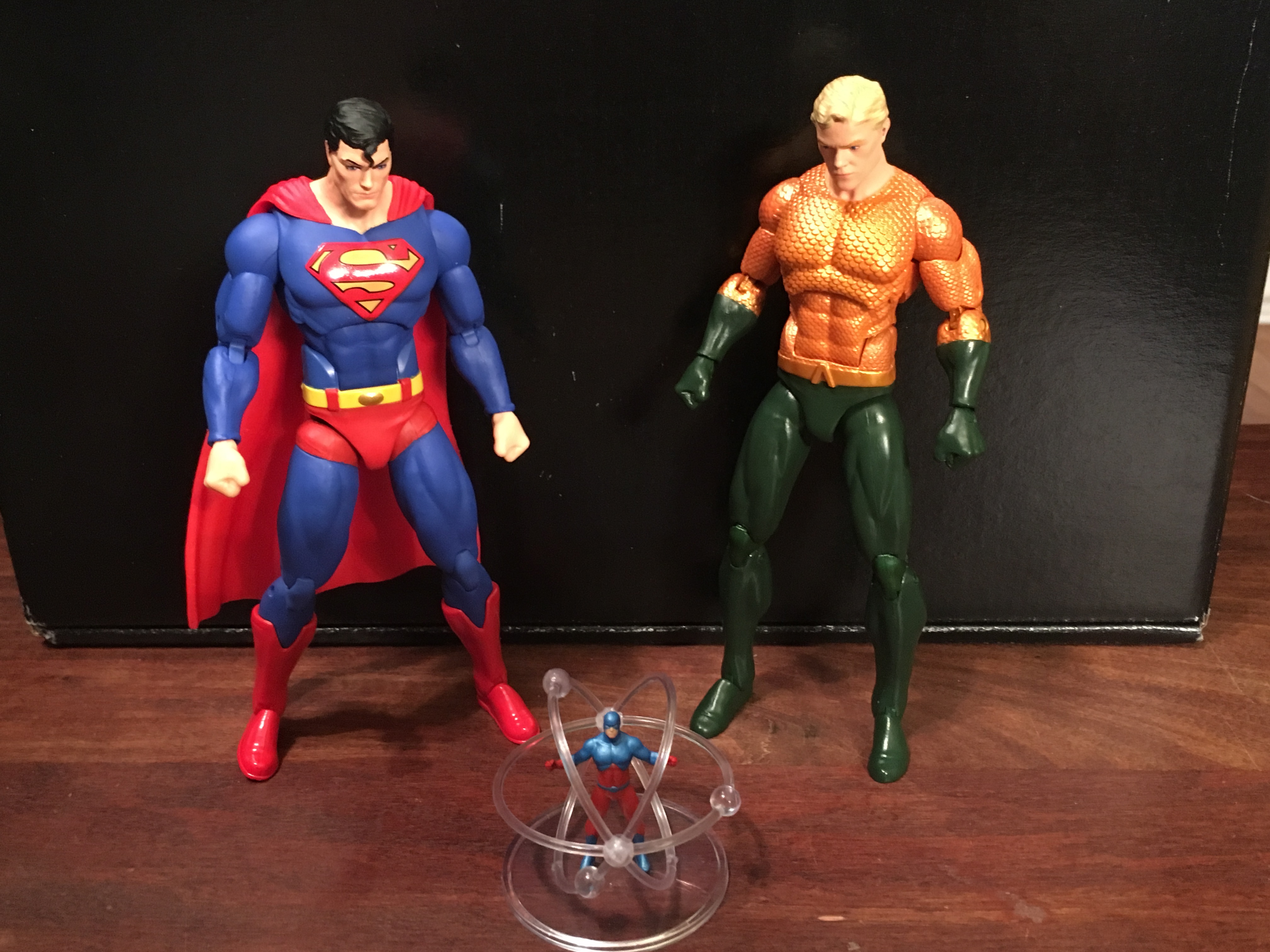 DC Collectibles’ Icons line is returning with a vengeance over the next few weeks after a bit of a lull — and there are three doozies for you here: Superman, Aquaman and Atomica, who comes with Ryan Choi Atom and the best Ray Palmer action figure you’ll ever see. (They, along with Harley Quinn, are due in stores 6/15.)

Icons is an interesting line. Even though the 6-inch-scale figures were designed by artist Ivan Reis, they’re based on how characters looked at a specific point in time, mostly from the past 30 years. The conceit is that the figures represent specific stories but that’s not really the case. 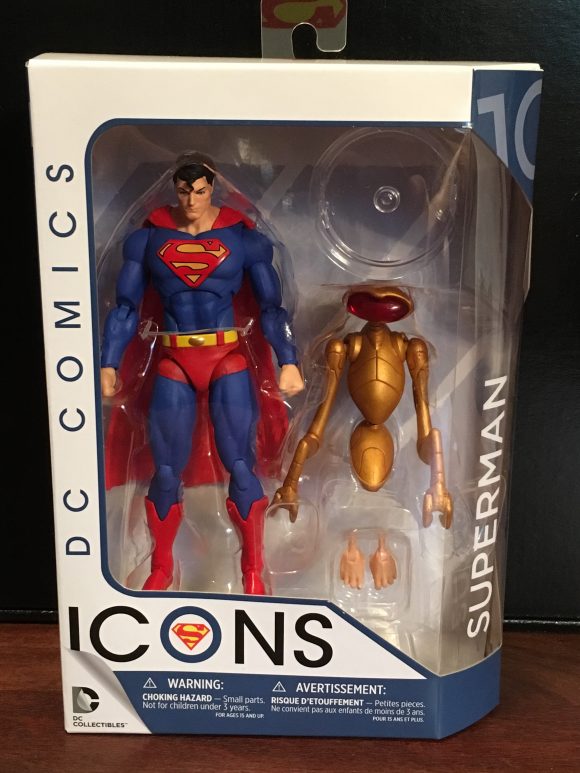 Superman is a very nice figure, all bright blues and reds — including his shorts! Woo hoo! He’s ostensibly from John Byrne’s classic Man of Steel but really, he’s just a generic Superman figure. 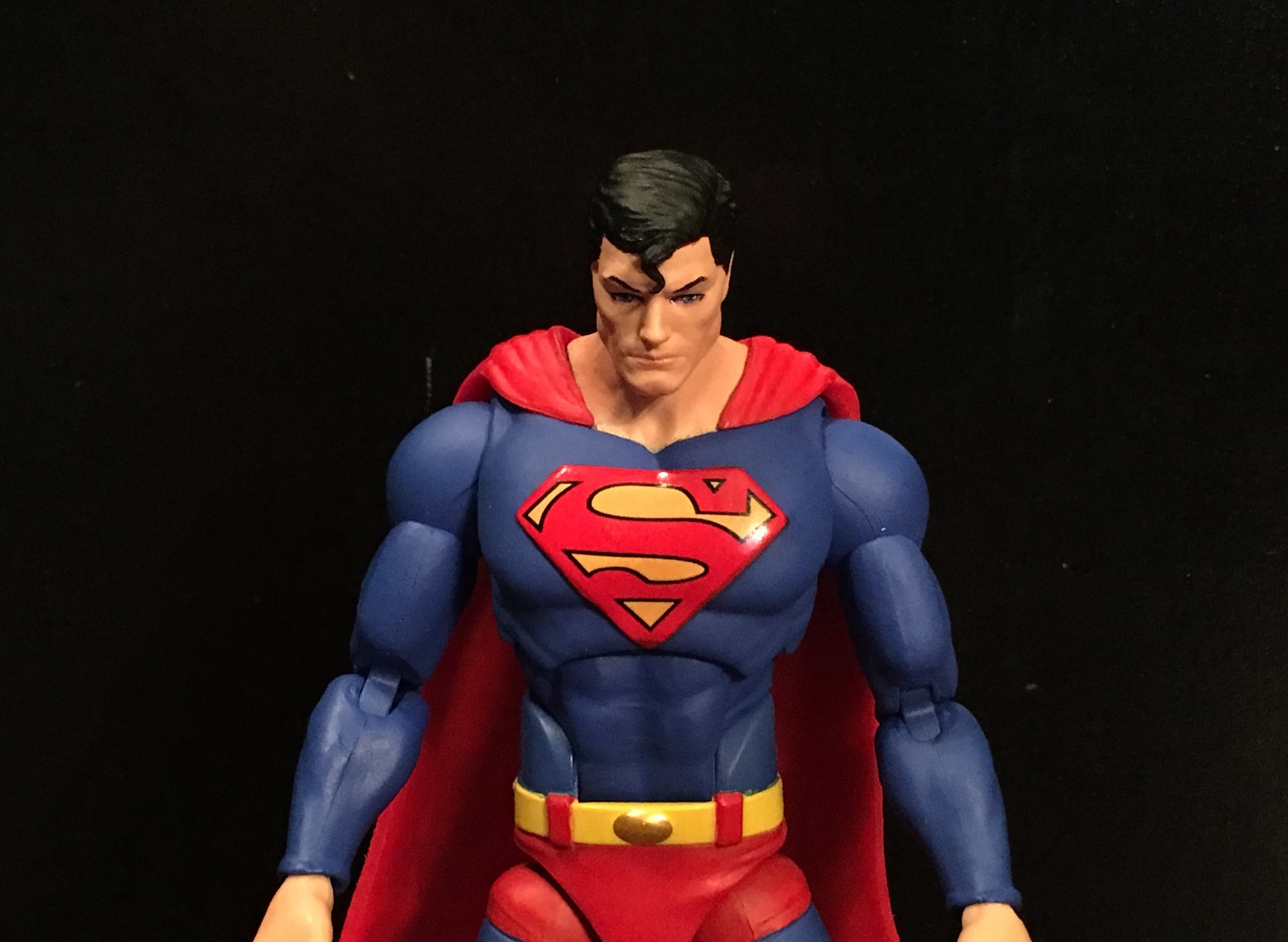 I don’t mean that as a bad thing, at all. It’s refreshing to get a Superman figure who looks like I always want him to look. (The Man of Steel element really comes from the inclusion of the Kryptionian droid introduced in Byrne’s classic miniseries, which just happens to be my fave Superman story of all time.) 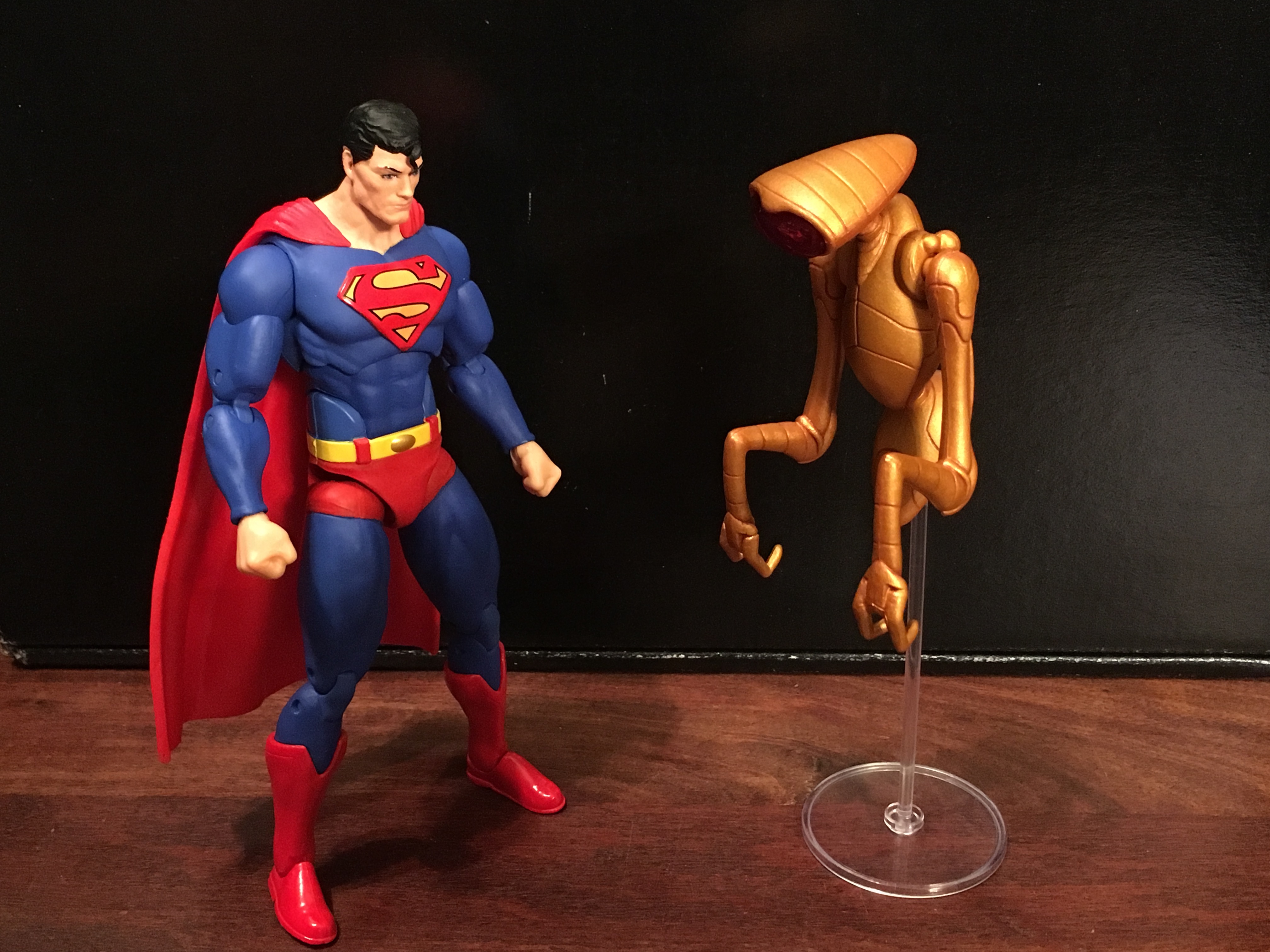 Like all the Icons figures, Superman’s anointed with outstanding articulation. He also comes with a second set of hands.

All three of these figures are due in June, by the way. Superman and Aquaman cost about $25 each. Atomica’s a little more at about $30. (Shop around, as always.) There’s a wave including the Joker, John Stewart Green Lantern and Firestorm also headed this way, and Harley’s coming soon, too. 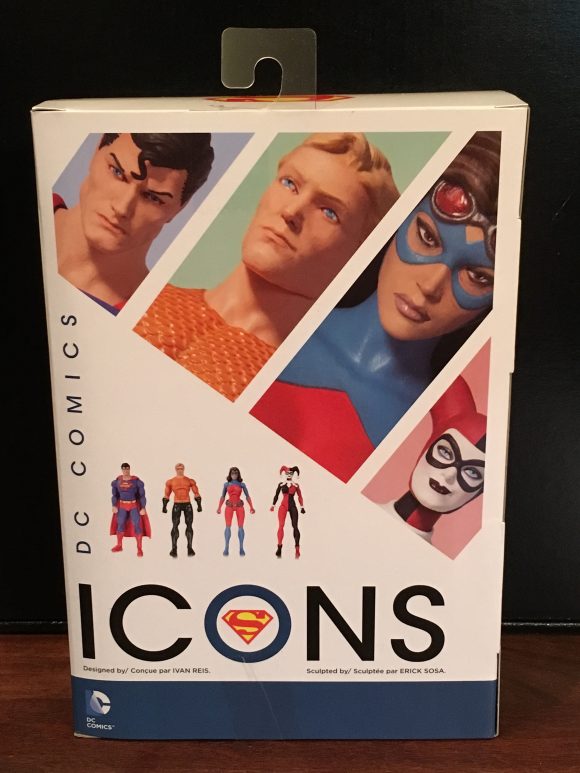 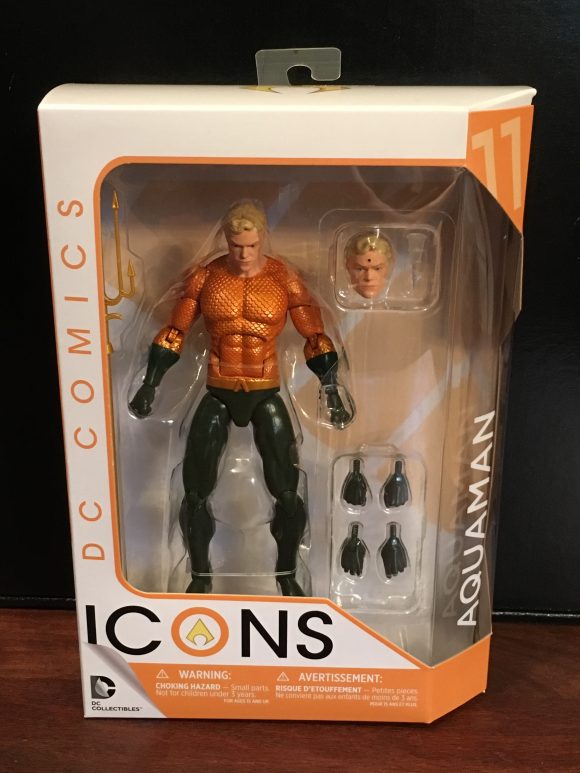 C’mon, that is hilarious. And it probably makes him the most clever Aquaman action figure ever. (Or maybe it’s tied with the ancient DC Direct Silver Age version that came with a sea horse for Arthur to ride.)

Otherwise, again, this is an, ahem, iconic Aquaman, with shiny orange mail, green tights and trident. (Plus second set of hands.) He’s not all that different from the New 52 version, but he’s in the smaller 6-inch scale, so if you’re looking to fill out your Justice League, you gotta have him. 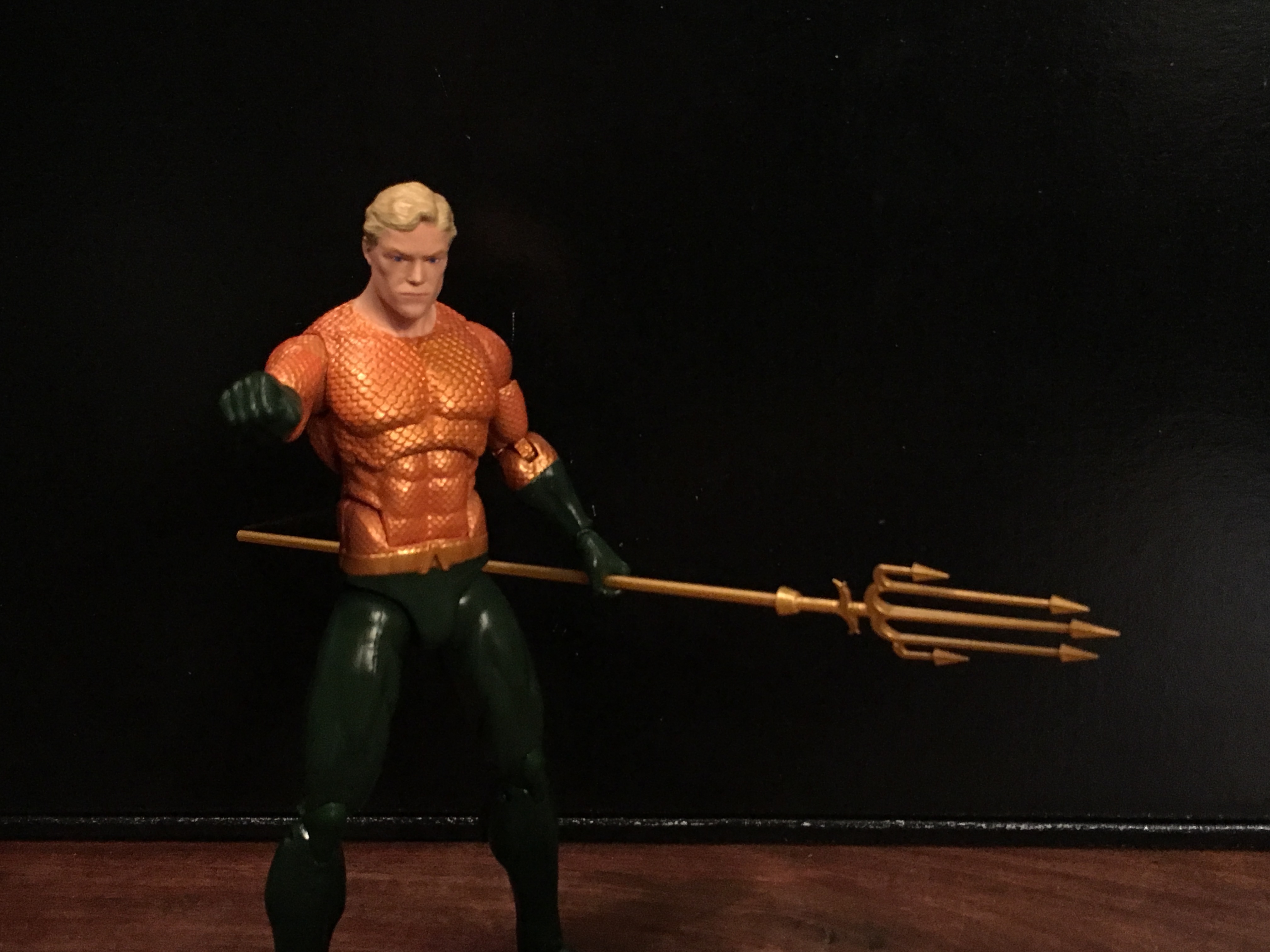 Or you just gotta have him because Aquaman’s pretty damn rad in his own right. 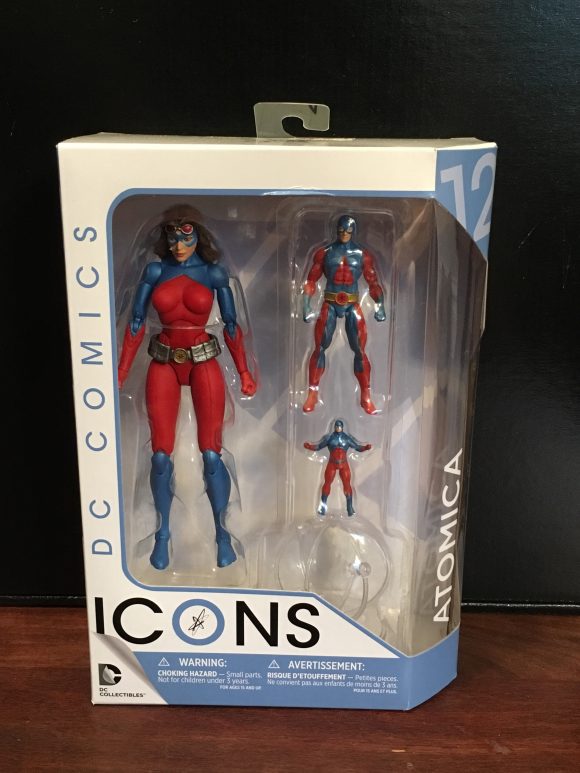 I’ll admit it. When Johns revealed in Justice League (spoiler alert) that the woman we thought was the new Atom was actually Atomica — the Atom of Earth-3 and a member of the Crime Syndicate — I gasped and laughed.

He played me and I bit. Awesome.

Atomica is the headliner in this set because she’s the one who comes in at the 6-inch size. She’s also the first woman we’ve gotten in the Icons line. 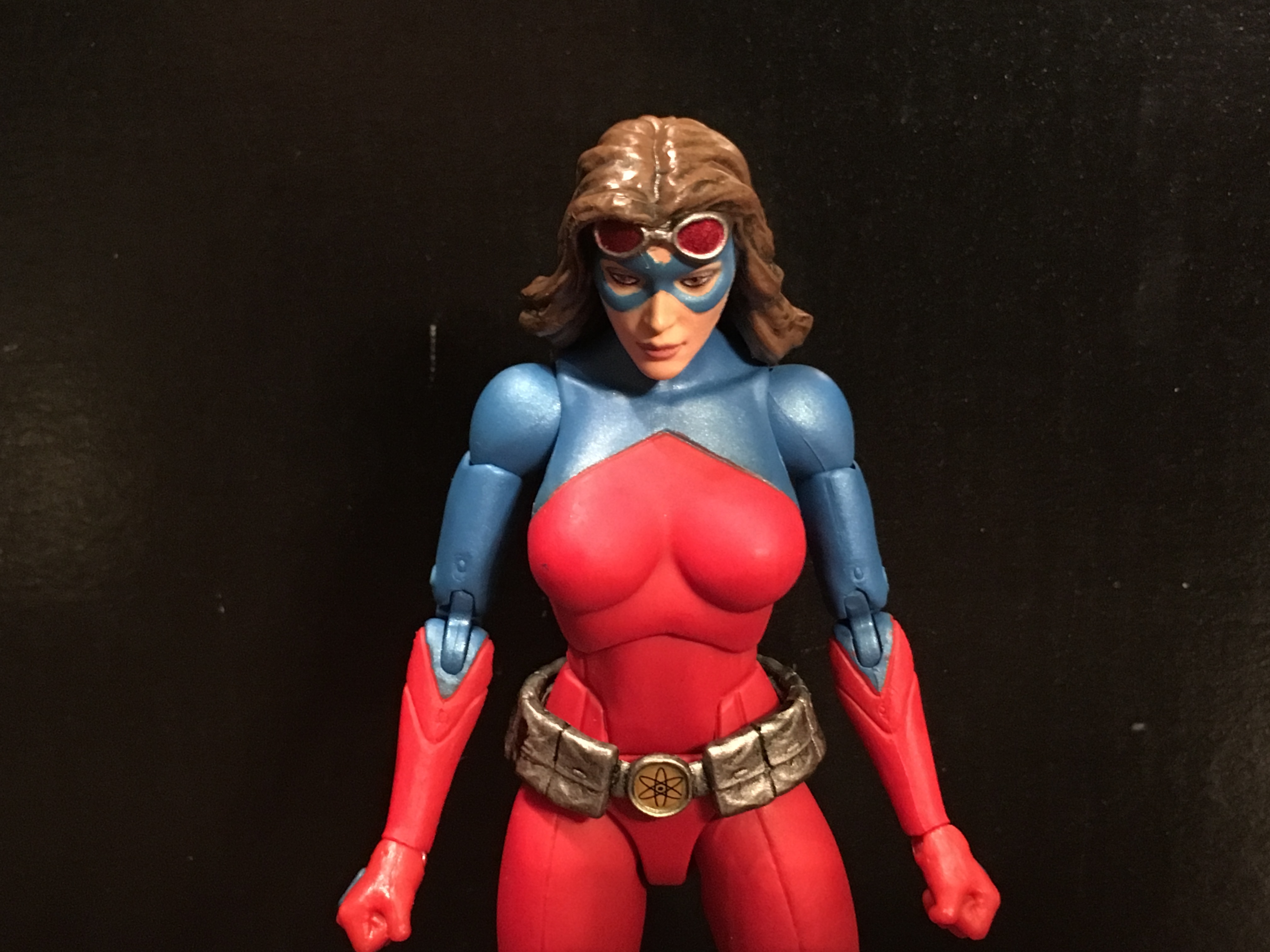 I mention that because one of the big selling points of the Icons is their substantial articulation, and that feature tends to favor male action figures over female ones. But Atomica looks good. Her lines are pretty fluid and like the male figures, her overall shape remains sound because the articulation is largely integrated well into her physique. (She also comes with extra hands.)

Ryan Choi, the star-crossed Atom, is next, in a smaller size. I like the wink that DC Collectibles is giving to fans by not just including three versions of the Atom in this set, but by including them at different sizes. 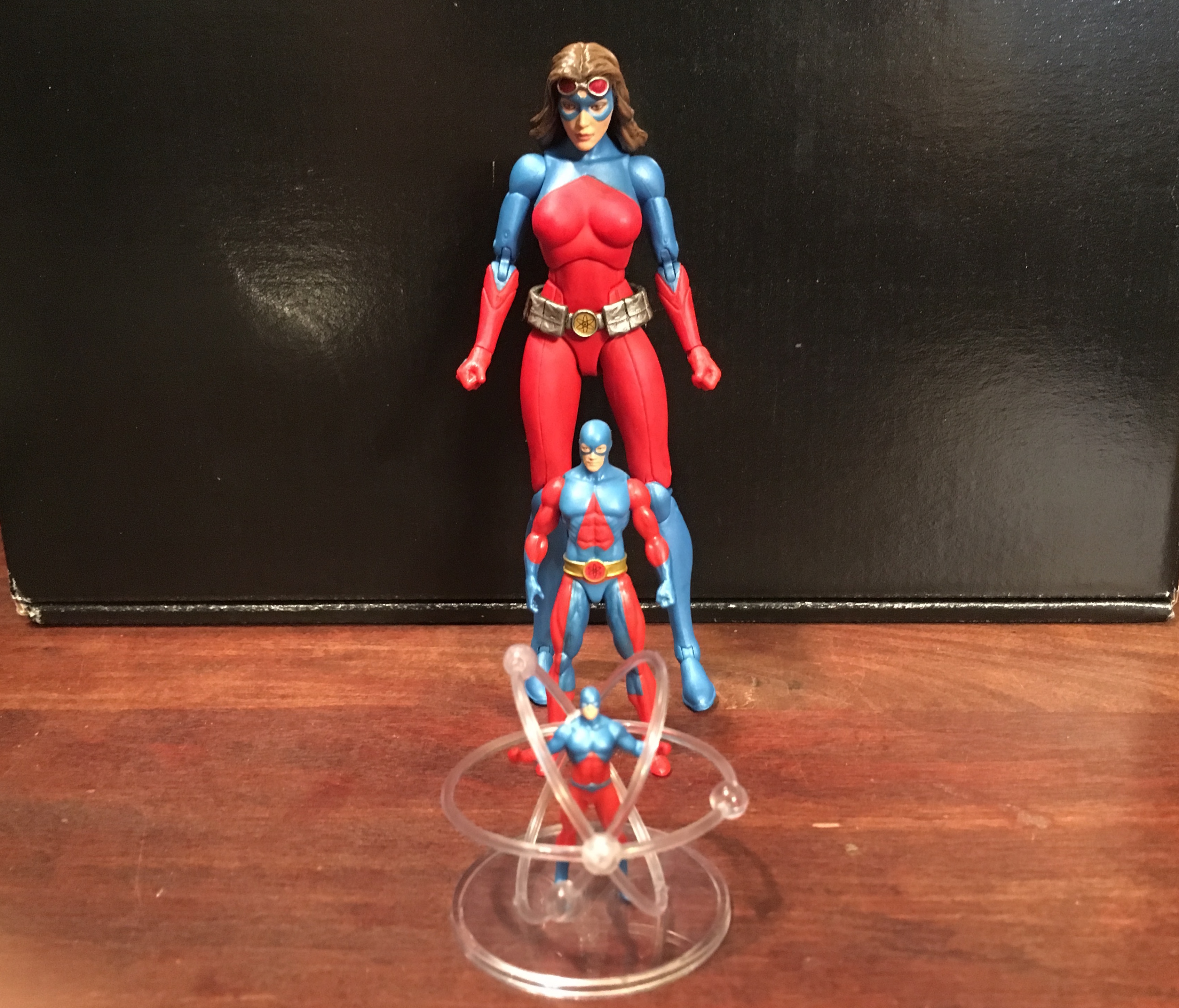 Ryan isn’t a static figure either. You can move his arms at the shoulders, his legs at the top, and his head turns. Last year, I declared this little guy the “winner” of Toy Fair (click here for that) and I have been waiting ever since to get him in the palm of my hand. 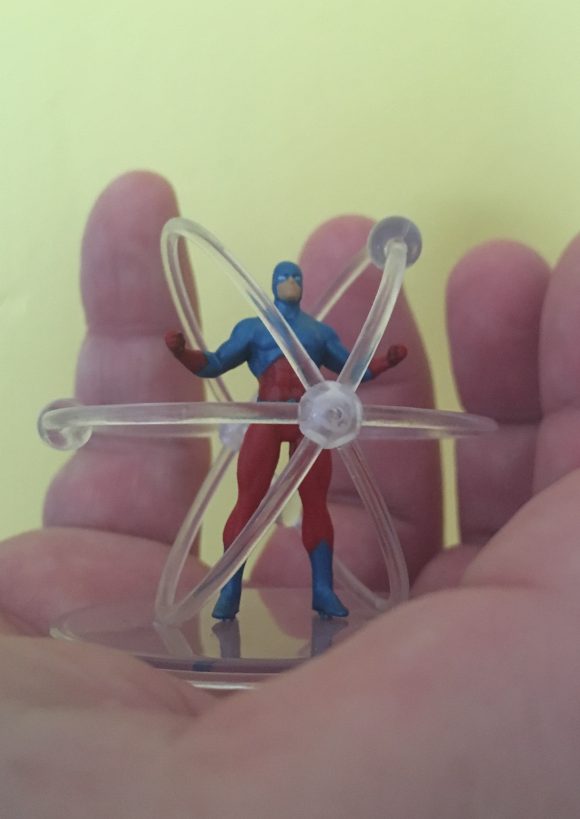 Gil Kane would be proud. 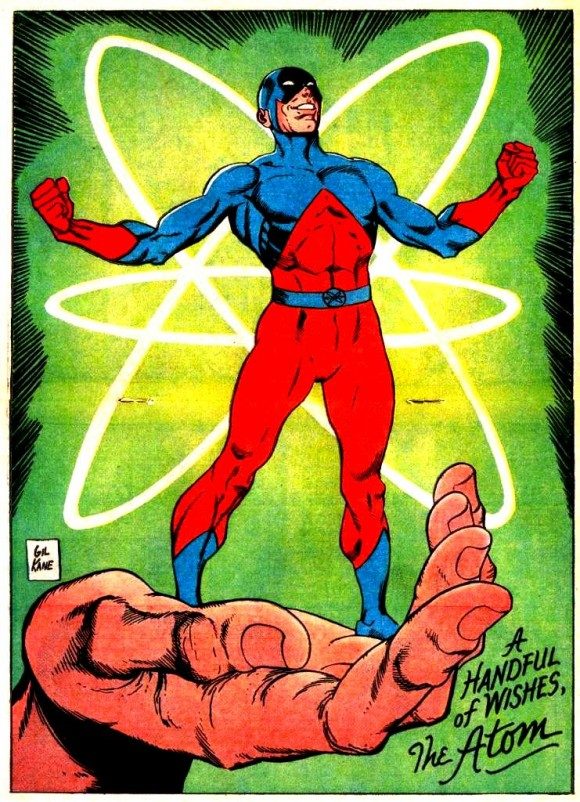