Recently, Robert Sikoryak and several other accomplished artists and writers were let loose on SpongeBob SquarePants by Bongo Comics. I spoke to R. Sikoryak (as he signs his work) about his part in the project and the fact that he chose Fletcher Hanks, the Golden Age comic artist/writer who has gained cult status over the years for his bizarre creations. 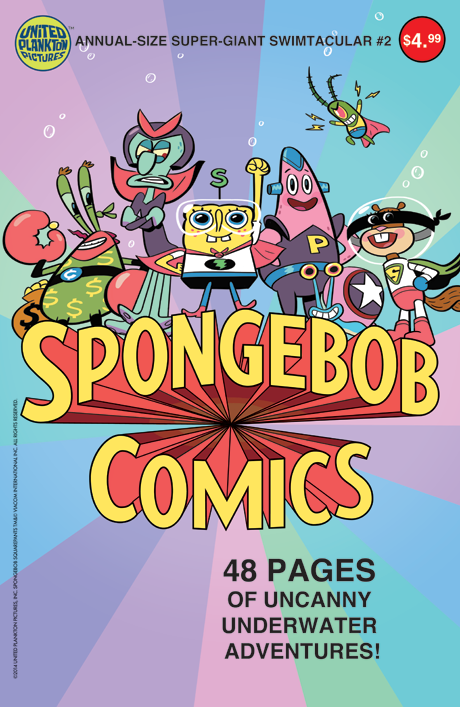 Fletcher Hanks is pretty odd, even for SpongeBob — how’d this come about?

I agree, it is very odd!  I was very excited to get the chance to do it. I’d done a number of strips for Sponge Bob before, and Chris Duffy (the editor) has encouraged the various artists to do what they do best. 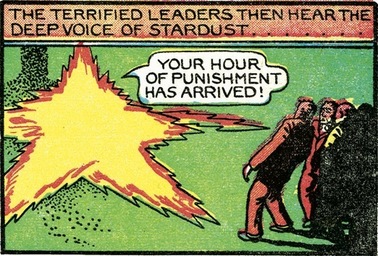 Some stories in every issue look very much like the show, while others really jump around stylistically.  Rick Altergott, Sam Henderson, Tony Millionaire, Al Jaffee, James Kochalka, Nate Neal, Stephen DeStefano… among many, many others, have all contributed work that looks like their own.

Previously I’ve drawn stories that emulated EC’s Piracy comics and a Rube Goldberg strip.  I knew that Chris (Duffy) was doing another superhero-themed summer issue, so I asked him if I could draw a story in the style of Fletcher Hanks.  I figured it was a long shot, and I’d need to talk him into it.  But without missing a beat he said sure!  Chris understood that even if a reader didn’t get the Hanks reference, there was still enough in the story to enjoy.  And it stars the cast of the show…

He suggested we get Paul Karasik to write it, which I knew would be perfect.  Paul literally wrote the book(s) on Hanks. He knows his stuff. 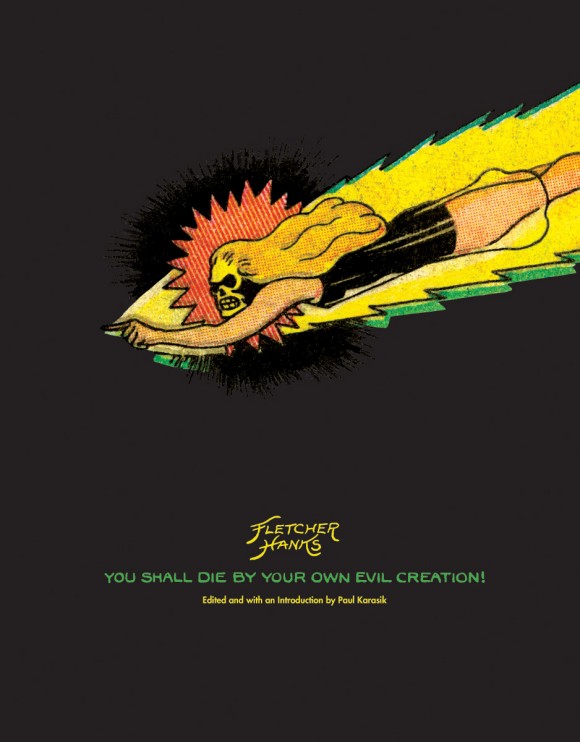 Are there any Fletcher Hanks inside gags?
The title of the story is “I Shall Destroy All the Civilized Planktons!” a spin on the Hanks’ quote (and the title of his book) “I Shall Destroy All The Civilized Planets.” The story is very much like a classic Hanks story: horrible crime is followed by horrible punishment inflicted by the hero. In this case, the hero is Duststar, who’s essentially Hanks’ Stardust — except he’s a starfish. 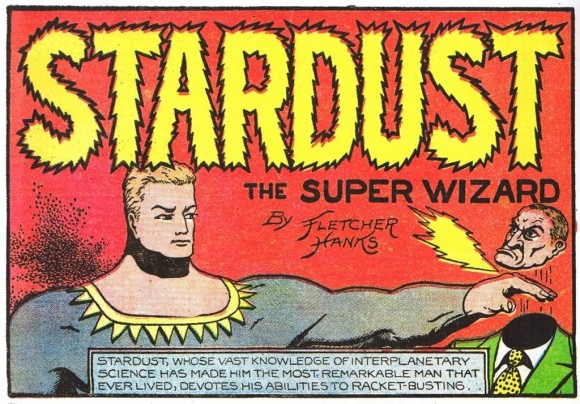 If you’ve read any of Hanks stories, you’ll recognize lots of his tropes. And I kept referring to his comics to get all the visual details right, and to replicate as many of his tics as possible.

So now you’re channeling Fletcher Hanks — but how much?

There was a lot of back and forth with Chris and Paul, from the pencils, to the inks, to the lettering & coloring. I really enjoy tinkering with and considering all the elements with smart and eagle-eyed collaborators. Paul, Chris, and I agonized over every variation from Stardust’s original design to the Duststar design.  We went back and forth over the most minute details — such as, do we give him hands or mittens? Do we change his costume at all, or do we keep it identical?  Paul wanted to keep the costume as much like Stardust’s as possible, although it was going to be worn by a starfish. 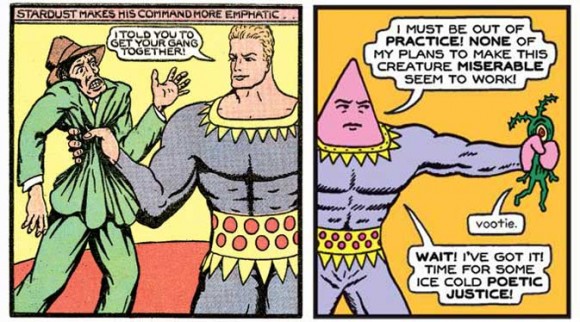 And the idea was to draw all the characters from the SpongeBob show as Hanks would’ve drawn them. This may have been the most fun part of the process. Chris kept encouraging me to draw them a little more grotesque!  He essentially said, it’s fine if they’re disturbing, as long as they’re not disgusting.
I think we created a pretty good impression of Hanks’ comics, even down to his bizarre word balloons.

Some of the art of R. Sikoryak

R. Sikoryak is the author of Masterpiece Comics, published by Drawn and Quarterly.  He’s also drawn for Nickelodeon Magazine, The New Yorker, The Onion, Mad, and many other publications; as well as the shows The Daily Show with Jon Stewart and Ugly Americans.   Sikoryak is the co-author, with Michael Smith, of The Seduction of Mike (Fantagraphics), a comic book funded by the National Endowment for the Arts (really).  He’s taught at The Center for Cartoon Studies and in the illustration department of Parsons The New School for Design. He’s the host of the live cartoon slide show series, Carousel, which has toured the United States and Canada.  He lives in New York City with his wife and frequent collaborator Kriota Willberg.