So DC’s Moving to California. So What.

Home » So DC’s Moving to California. So What.

DC Comics is moving to California and the frenzied shirt-rending and hand-wringing has already begun. Here’s why you need to relax.

Look,  I hate the idea that DC’s leaving New York but that’s as a New Yorker. I don’t understand anyone who doesn’t want to be here — even though I’m glad they’re not. I still get a thrill passing the Empire State Building every day, and I want those tourists to get out of my way.

And I feel absolutely awful for the people I’ve gotten to know at 1700 Broadway who are now faced with major, life- and career-altering decisions: Live where you love or do what you love? I would never, ever want to be in that position.

But any notion that this is somehow the death knell for DC Comics As We Know It, or — as I read on one site — the End of the Big Two, is ridiculous. Where the corporadoes hang their hats makes little difference considering what the comics business has already become — a farm system for television and movies. Hate that all you want but it’s long been the truth and I long ago made my peace with it. Warner’s owns DC. Disney owns Marvel. Regardless of any nominal autonomy, the big decisions are made by those with the tightest grasp on the most money. 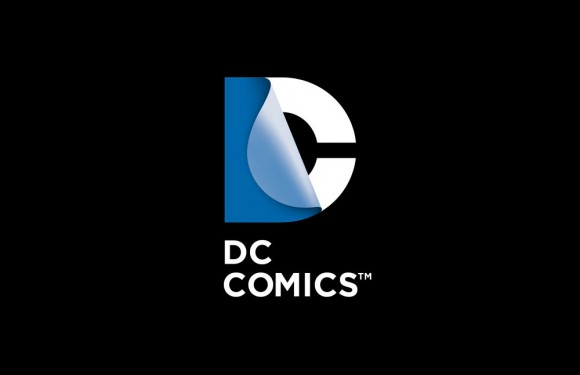 This is a corporate logo.

Comics ceased being a New York-dependent business once people discovered home computers and pdfs. In my short time doing this, I’ve dealt with people from such varied locales as Lawrence, Kansas, Portland, Ore. and Muncie, Ind. Oh, and the most powerful comics blogger on the Internet lives across a vast ocean on a different continent.

The bottom line is there isn’t one of us who knows exactly what this will mean despite all the Kremlin-watching that’s starting now and ostensibly will end in 2015. Dan DiDio stays in New York or goes to Burbank? Whatever. The New 52 is here to stay. Get used to it. (For the record: I like it despites its flaws.) There’s been editorial — i.e. commercially minded — meddling since the dawn of comics. Any romantic notion otherwise is based on our collective adolescent fantasy of how we assumed it was. It was never the reality. You can thank and blame people like Stan Lee and Bob Kane for that.

Take a breath. Our favorite superheroes will continue their adventures. You’ll like some of them and you’ll hate some of them.

These are corporate logos.