‘ROUND ROBIN: Peter Tomasi Picks Which Boy Wonder Is the Most Compelling

Home » BATMAN'S HOT-LINE » ‘ROUND ROBIN: Peter Tomasi Picks Which Boy Wonder Is the Most Compelling

Batman and Robin #35 is our BATBOOK of the WEEK — and we’ve got the comic’s writer here for a mini MIGHTY Q&A.

I wrote not too long ago that Batman and Robin had become my favorite Batbook, so when New York Comic Con rolled around, I made sure to grab some time with Peter Tomasi, who’s handled the title for several years now.

We talked about Robin specifically and I was particularly curious to see which of the various Boys and Girls Wonder he found most compelling. 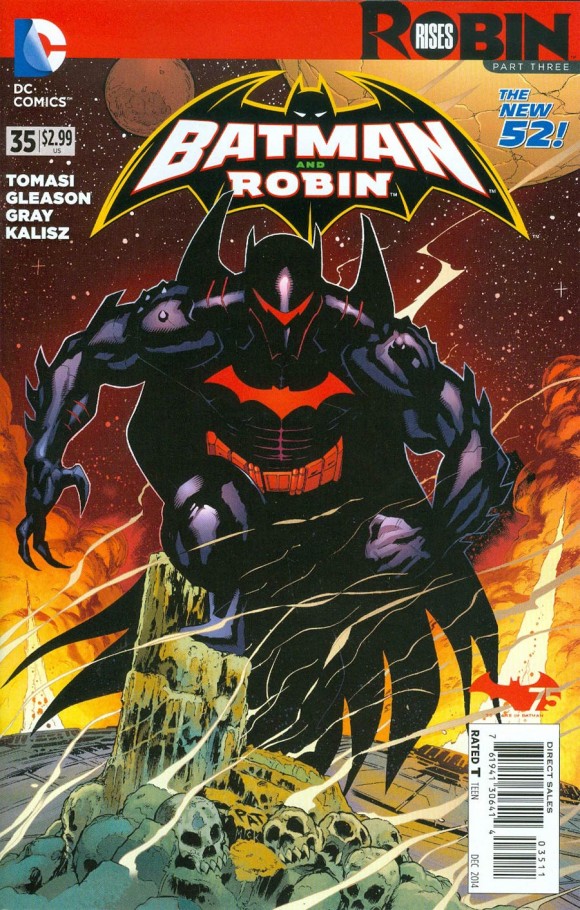 Dan Greenfield: You’ve written Dick Grayson, you’ve written all of them in some way or another. Who is it of the different Robins that intrigues you most as a character…

Peter: Ah. You know, I would have said Dick Grayson when I was writing Nightwing but then when I started writing Batman and Robin with Damian and having a son then after that point, I started to gravitate toward Damian more.

I like his whole attitude, just his whole perspective on things, the way he was raised. And that was why I explored the whole nature vs. nurture aspect when I first took over the book.

So that, to me — playing with such a character that was brought up in such a horrible way and seeing him overcome those obstacles just felt easier for me to write and plugged me in to him more. … Obviously Dick Grayson had this horrible incident happen but he had a different lightness to him that allowed him to move past it. Damian’s got all this horrible, violent baggage from his mother and his grandfather and you’re able to explore that. You start to peel it away and you really find out what makes a character tick.

I would say Damian now but at some point it definitely was Dick and I had a great time writing him, too.