So, in the end, I dug Justice League and it being the the Holiday Season and all, I started looking around for inexpensive swag options.

Enter Diamond Select Toys and its Vinimates line. I’ve been writing about these a lot lately (see Caddyshack here and Lost in Space here) but I’m going back to the well one more time.

Vinimates are all about low price and oddball charm. They’re based on the company’s popular Minimates line of stylized miniatures, but are 4 inches tall and with limited to no articulation. They’re basically goofy looking mini-statues, the perfect thing for fooling around at your desk or giving yourself a chuckle.

I mean, you can even make your own Justice League poster:

I’m impressed by how some of the actors’ likenesses really translate well to the format. 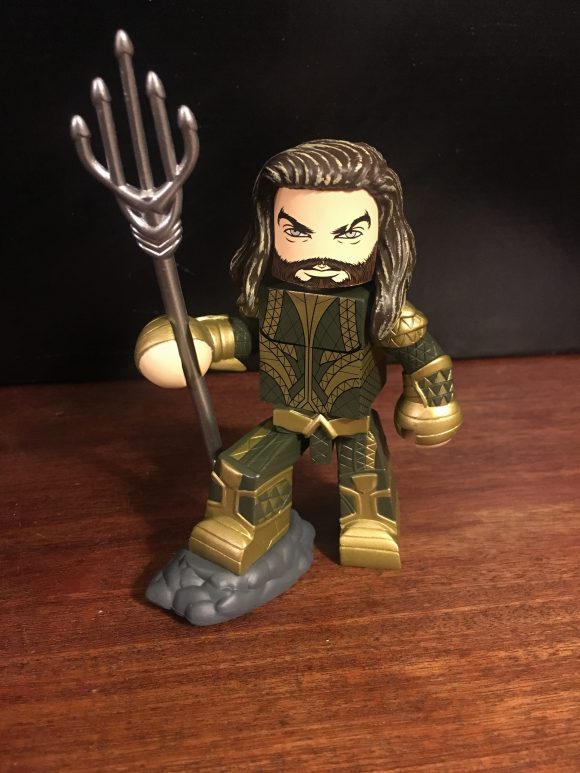 Oh, and yes, there’s also a Superman figure if you want to add him late in the game… 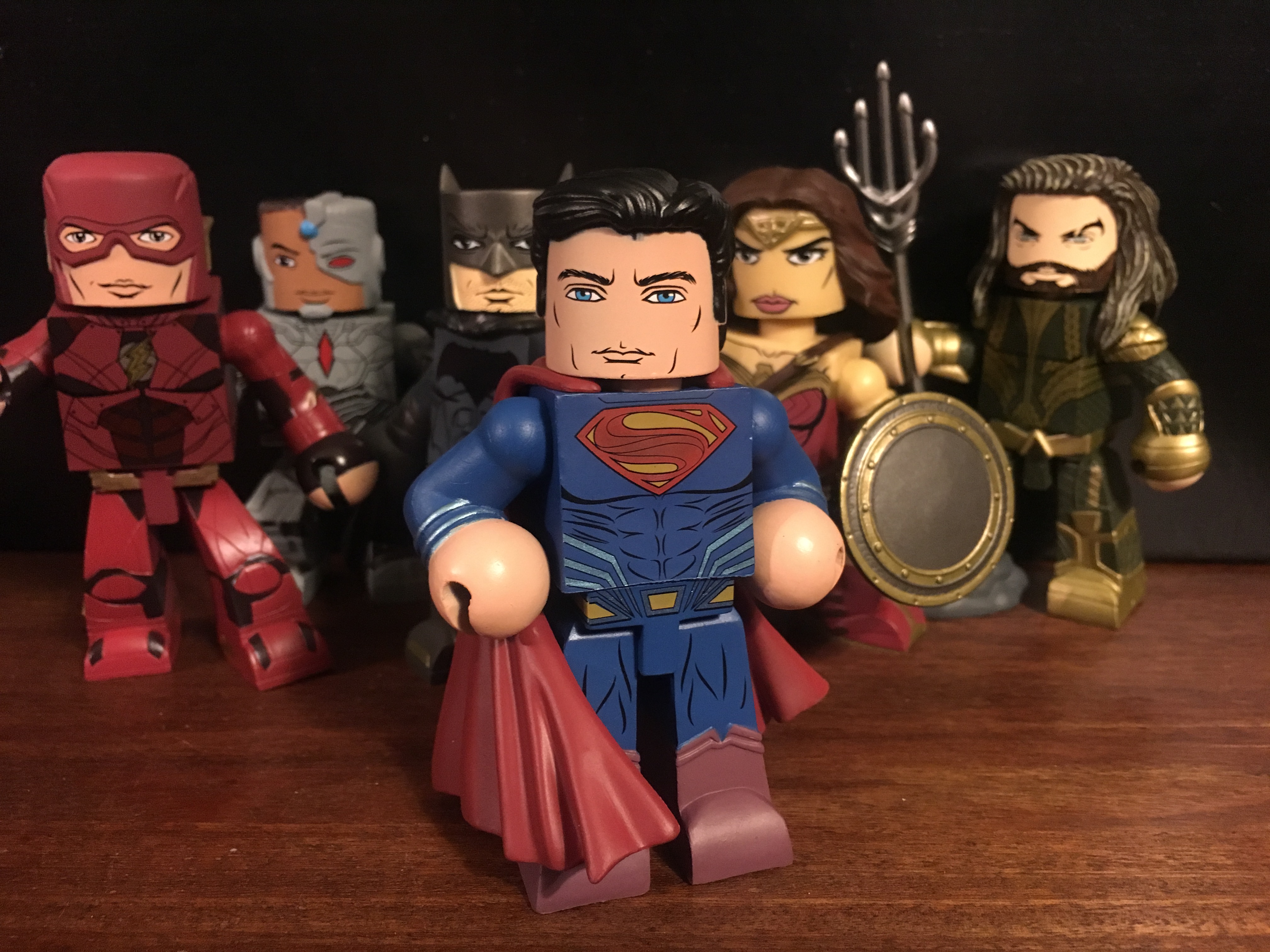 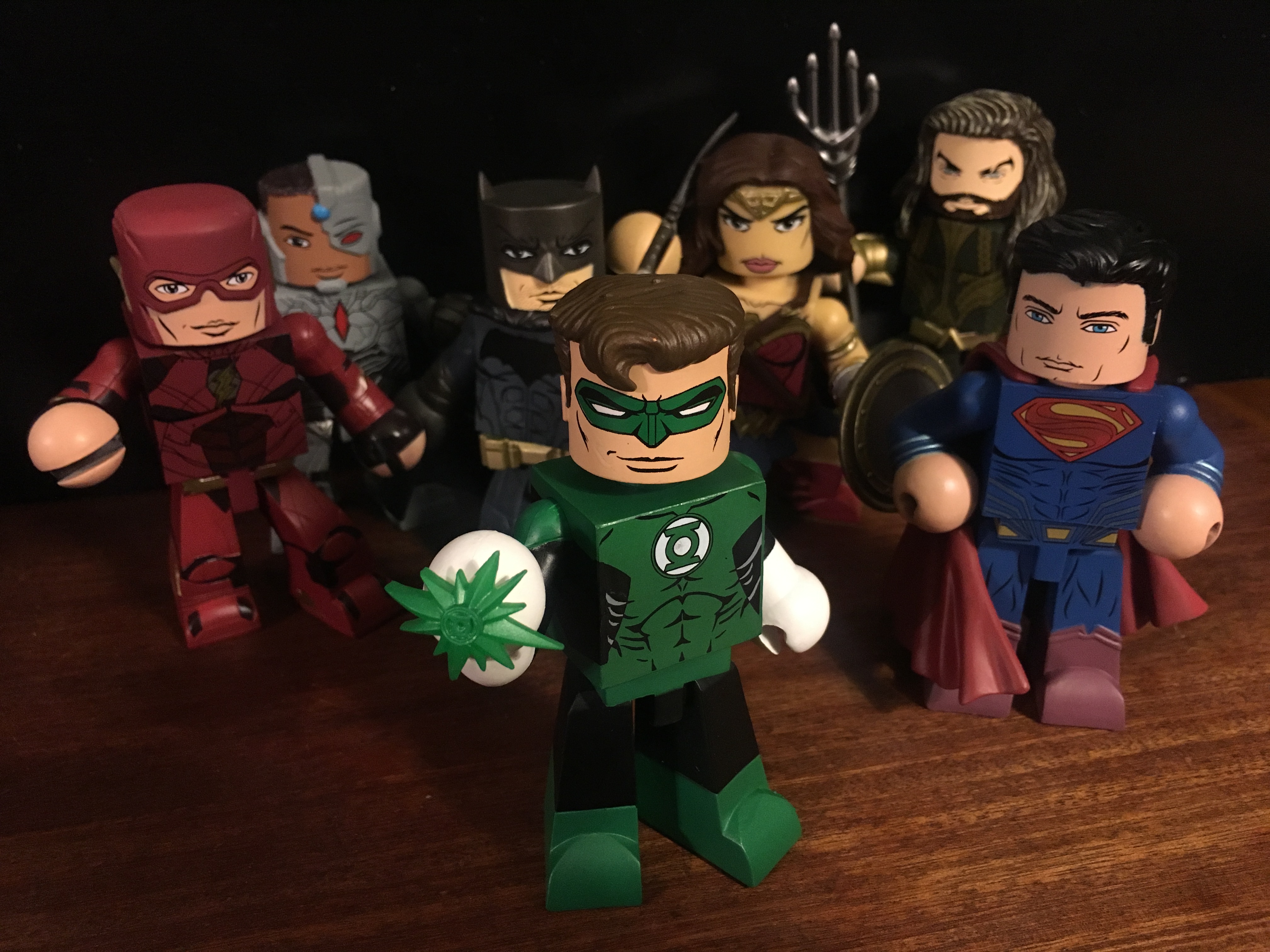 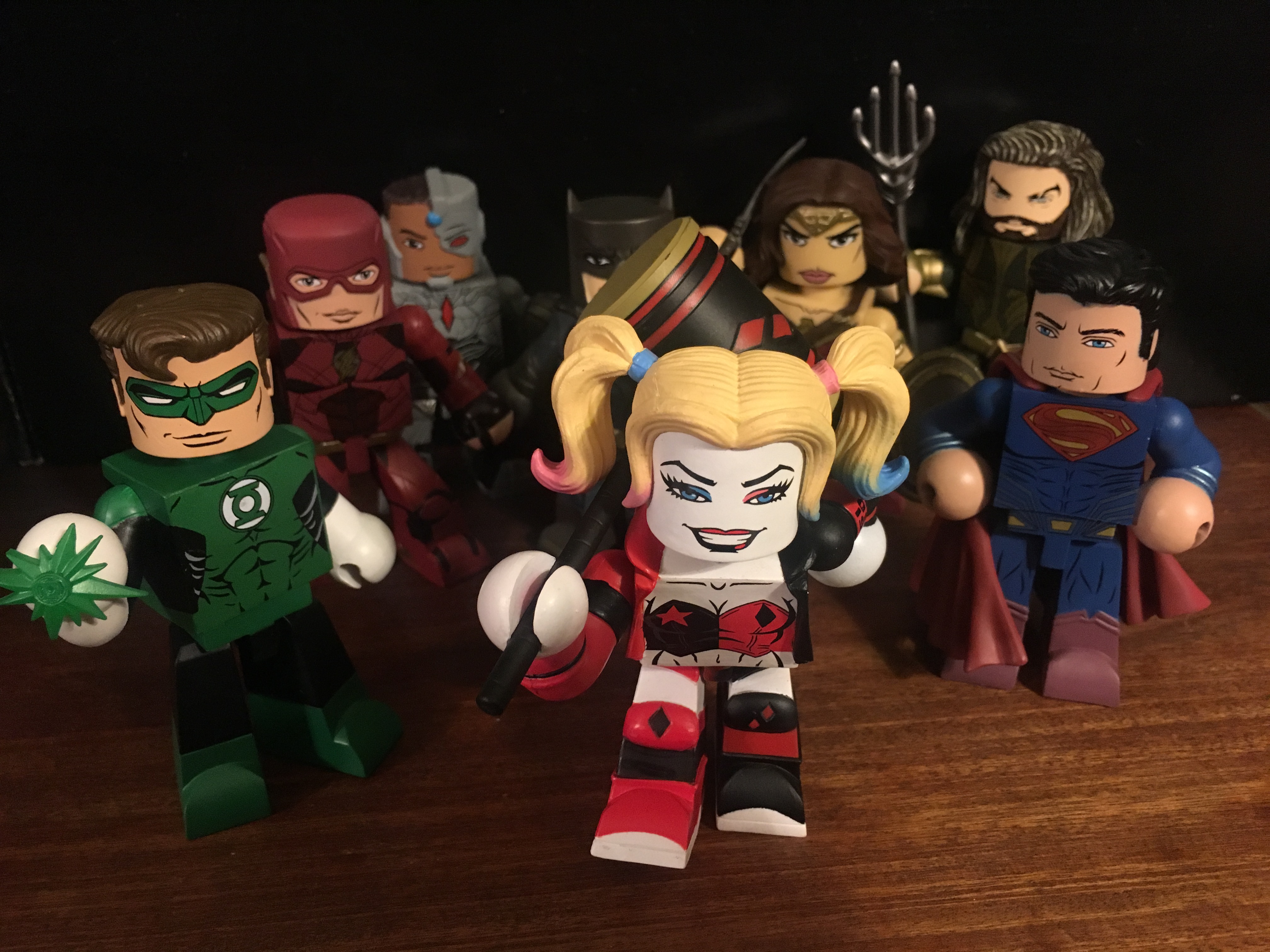 Then again, you can pare it down with your very own Brave and the Bold team-up of Batfleck and Comics Batman: 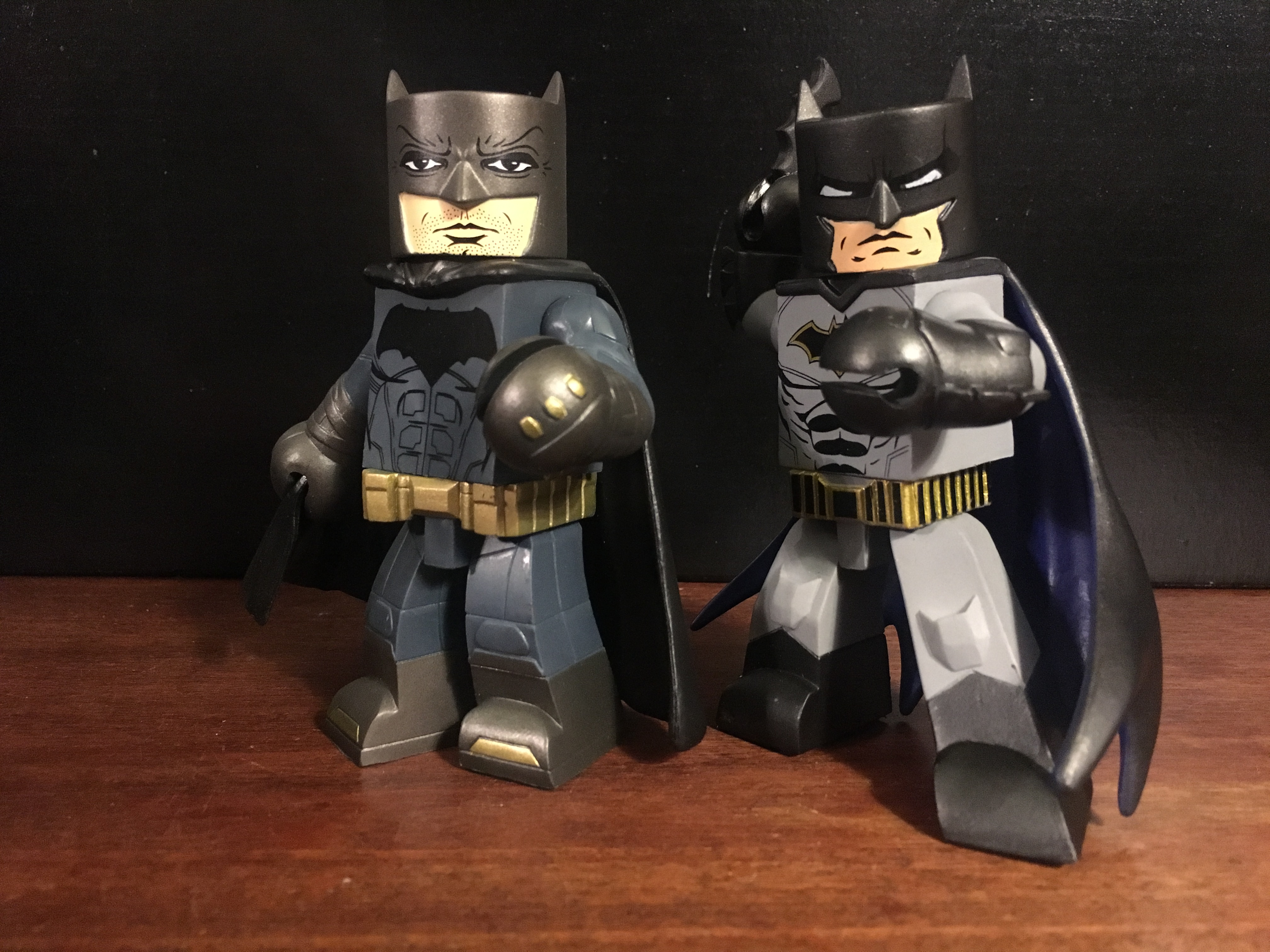 OK, you get the idea.

Anyway, Vinimates are a cool stocking stuffer, which is why they’re an official 13th Dimension Holiday Hot Pick.

They’ll run you about $10 a pop and are available at comics shops and other retailers.