It’s kind of a funny thing to fetishize, the Batphone. And yet there’s something inherently cool about it.

I mean, I have a picture of the desktop version on my cellphone lock screen — and my ringtone is the same as the one from the TV show, much to the chagrin of anyone in listening range. 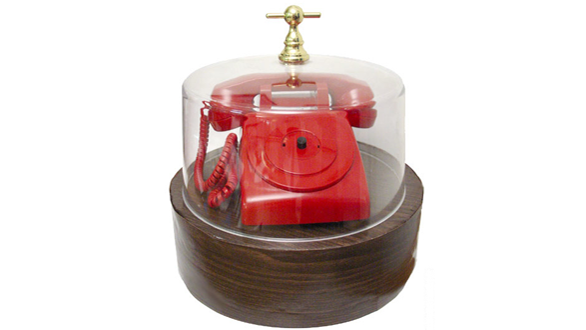 I had a toy version as a kid but it was lost to the ages, and you can track down off-market replica props if you want to spend the cash.

Me? I’m just glad that Diamond Select Toys has hit the market with the first-ever, officially sanctioned TV-accurate model — which doubles as a bank for only $29.99. 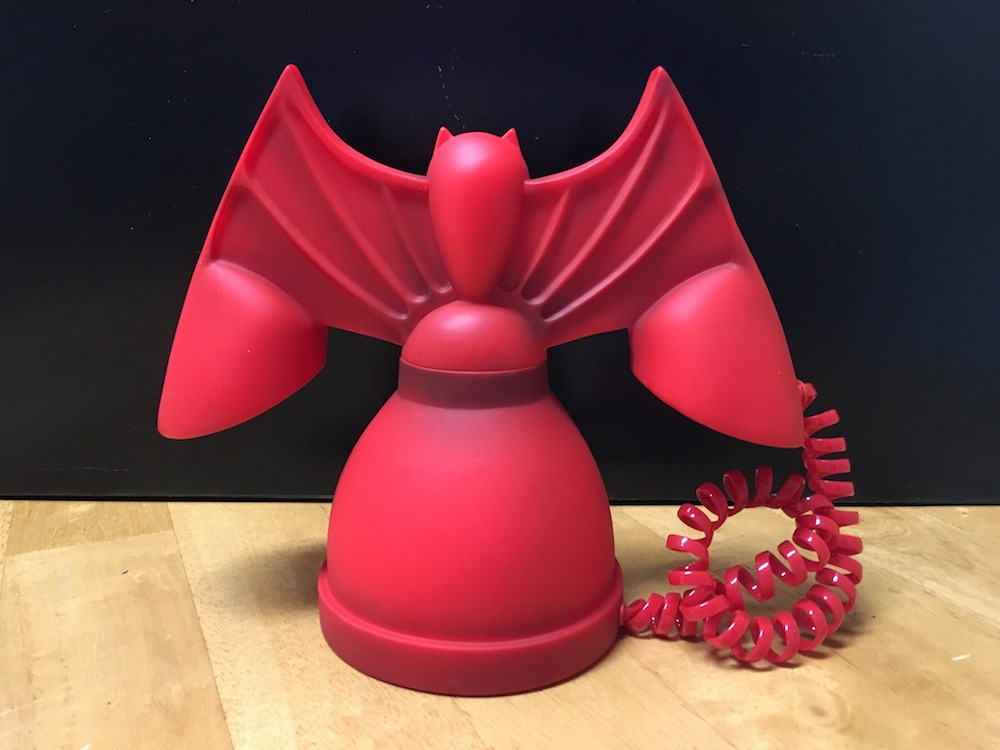 That’s a steal worthy of the Penguin.

This Batphone is based on the more ornate Batmobile version, so don’t go looking for a lucite cake cover. It’s light yet sturdy and the coin slot is perfectly hidden so you can either use it to collect your loose change or just display it in all its Batglory. 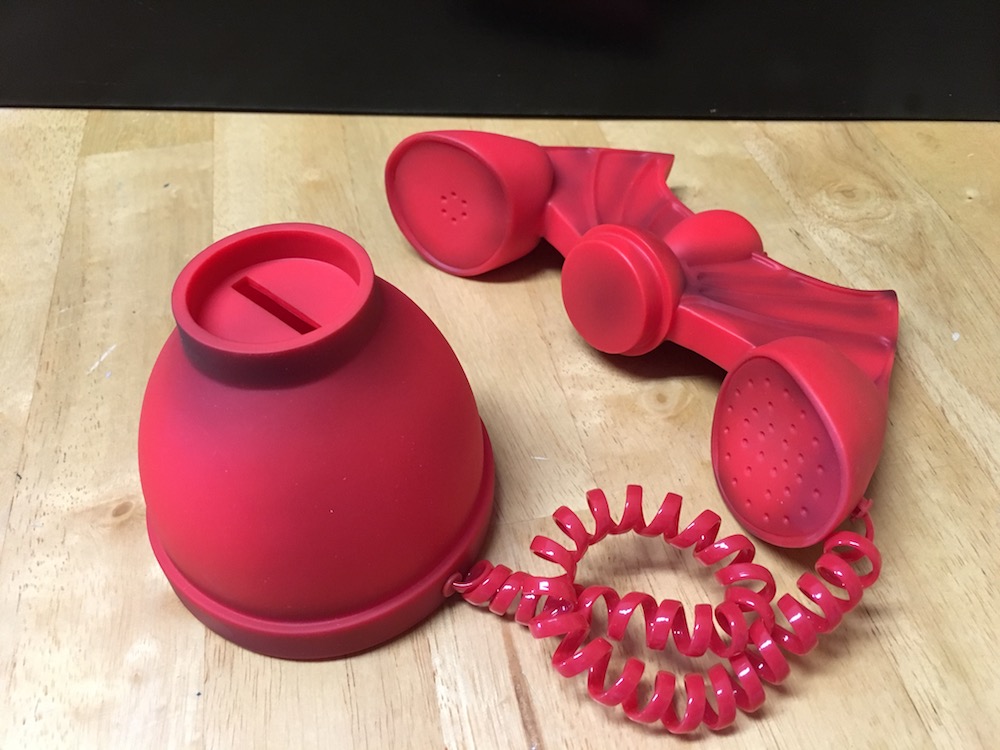 Now would I like a “cake cover” version? Of course. But I can see why Diamond chose to go the other way. The Batmobile Batphone is a lot funkier — a lot Battier if you will — and doesn’t require the extra materials to replicate the one in Commissioner Gordon’s office. 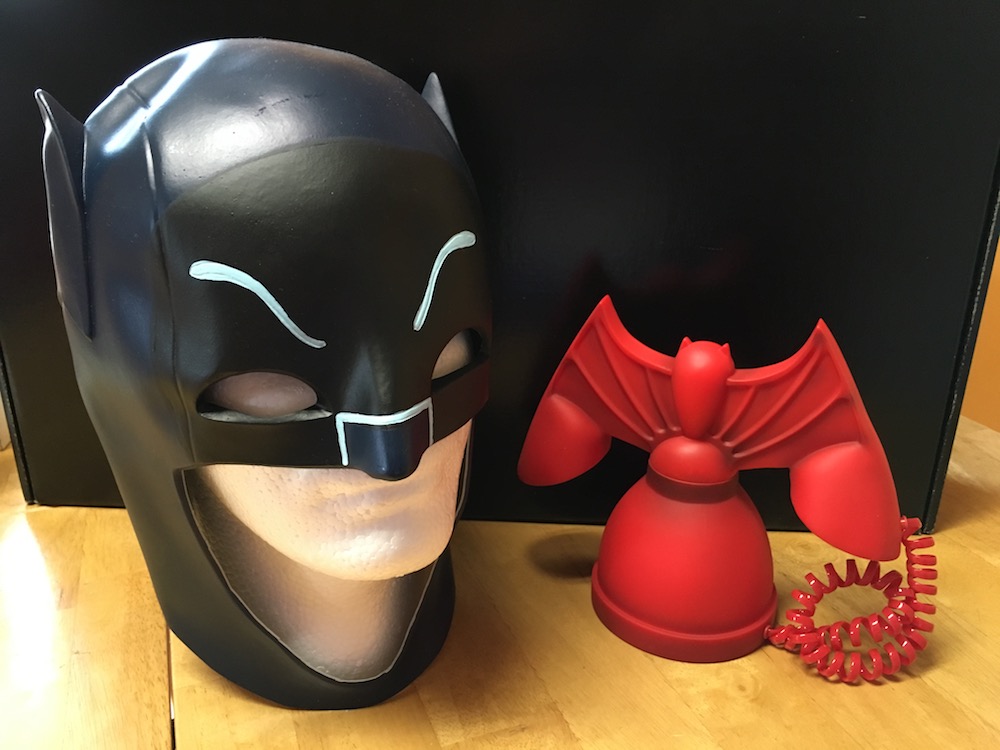 No, it doesn’t come with that awesome, imported Japanese mask. This is to show scale — that the Batphone is indeed “life-sized” as the packaging says. It does fit your ear and mouth perfectly.

(Side note: It’s funny to consider the Batmobile Batphone. Back in the ’60s, it was a zippy gadget that spoke to the show’s camp quotient — “How can they have a phone in their car?!” — but now, everyone has a Batphone, in a manner of speaking.)

This is actually the second version of the phone that I own. The first cost me about $85 and was constructed by a guy who owns a replica Batmobile. Nice piece. 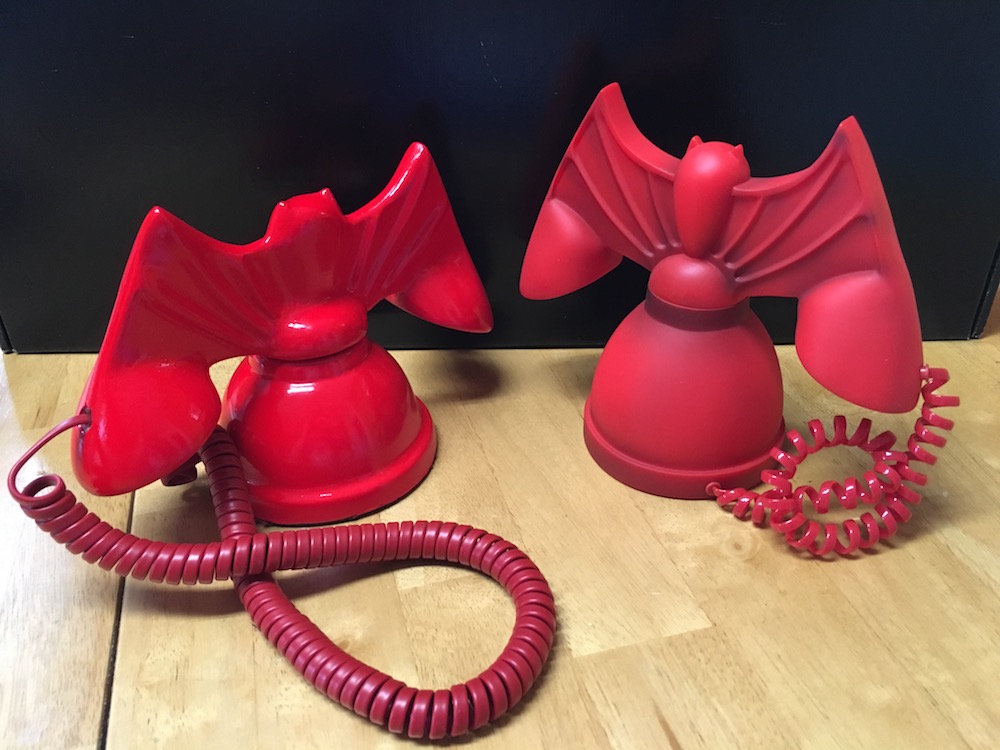 But I actually prefer the sharper lines — and price — of the Diamond version. (Also notice the dark paint wash that accentuates the sculpt and gives the Diamond Batphone a textured look.) And as I noted above, it is nice to have an officially licensed prop. 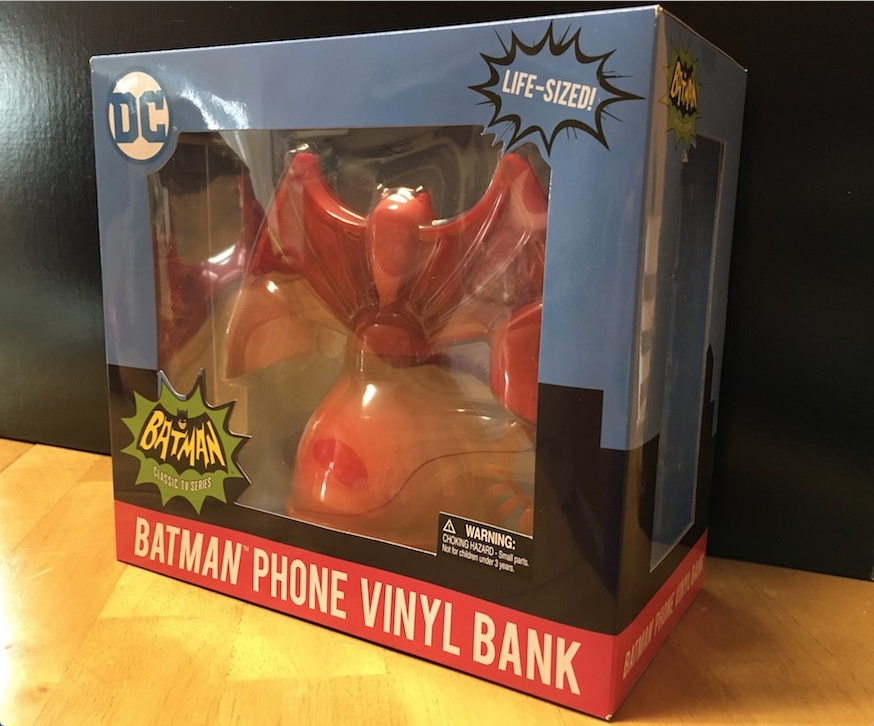 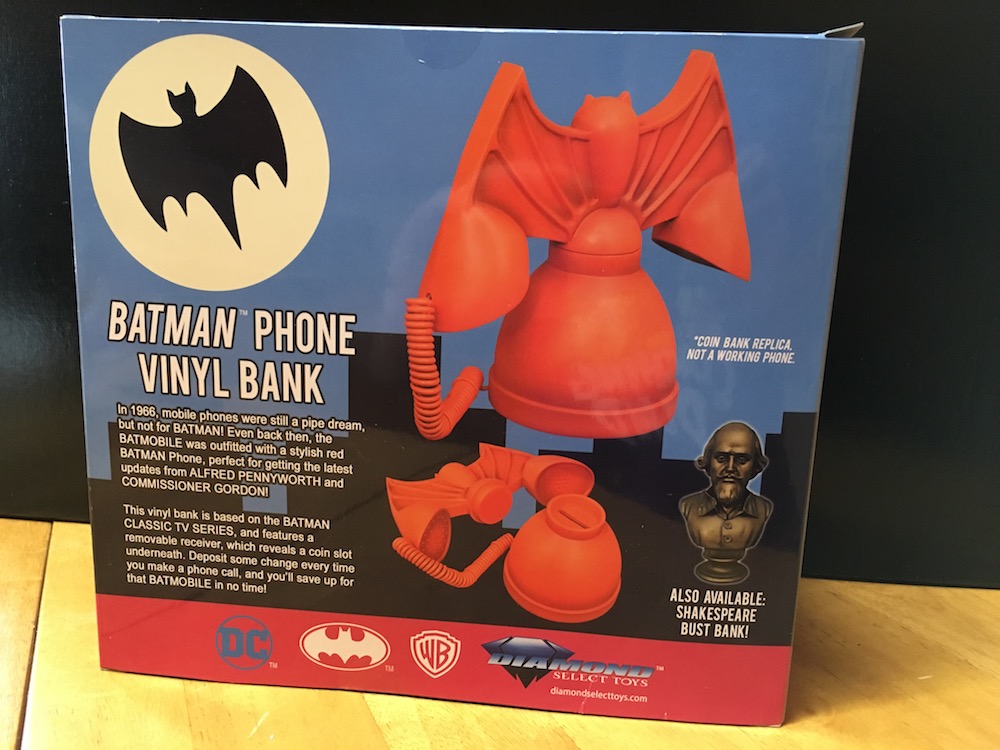 Hell, maybe I’ll just put one in my car…