Scott and Dan — along with guest Ron Marz — hit up the comics racks from 34 years ago!

This week for RETRO HOT PICKS, Scott Tipton and I are joined by comics writer Ron Marz in selecting comics that came out the week of July 14, 1987 — the first time we’re doing this particular year, as it happens.

And you should by all means check out Ron’s latest — Resolution, co-written by Andy Lanning with art by Rick Leonardi. The project — which is being crowdfunded on Zoop — tells the story of Xaan Maddox, retired from a heroic career serving in the galactic peace-keeping force called The Resolute. But Xaan’s solitary life is upended when her archnemesis returns.

In addition, Ron and Andy put together a great piece that you should check out — THE TOP 13 COSMIC TEAMS IN COMICS — RANKED. Click here for that debate starter.

(Keep in mind that comics came out on multiple days back then — as has become the case now. So these are technically the comics that went on sale between July 11 and July 17.)

Ronald Reagan was deep into his second presidential term. RoboCop was the top flick at the box office, supplanting the epochal Revenge of the Nerds II: Nerds In Paradise.

A Family Ties rerun won the Nielsen race. Alone by Heart was the best-selling single and Whitney Houston’s Whitney was the No. 1 album, beating out U2’s The Joshua Tree.

I’m not a big hair metal guy, but Whitesnake’s self-titled album was in the third slot and I mention this only because Here I Go Again is on the album, which a lot of folks consider to be one of the genre’s schlockiest rockers. But one way to tell whether a song is actually great is by listening to a superior cover that finds nuance where none seemed to be.

The Shadow #3, DC. I loved the Howard Chaykin reintroduction of the Shadow in the contemporary era, so I assumed the follow-up monthly series couldn’t be as good. But what Andy Helfer and Bill Sienkiewicz served up was, if anything, even more insane. 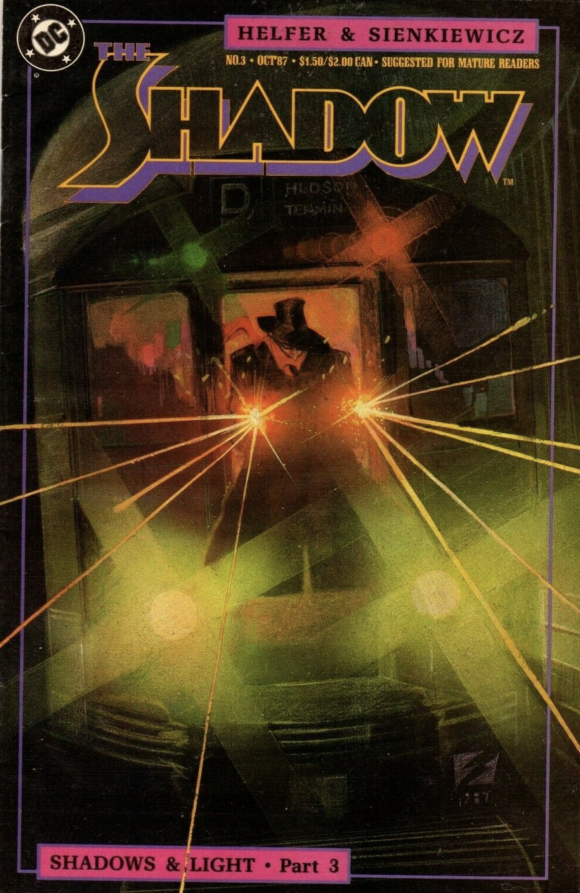 Conan Saga #5, Marvel. Yes, it’s a reprint… but what a reprint! Roy Thomas and Barry Windsor-Smith at their best, with Issues #12, #13 and #14 of the Conan comic series (including an appearance by Michael Moorcock’s Elric of Melnibone). Plus a new BWS cover! 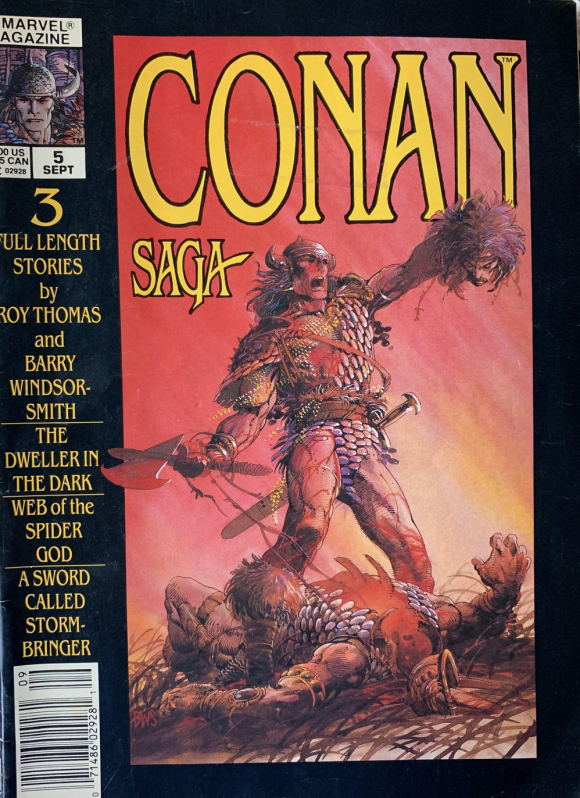 Classic X-Men #14, Marvel. Another reprint, this one republishing the classic Uncanny X-Men #107, the first appearance of the Shi’Ar Imperial Guard (which made our list of the 13 Best Cosmic Teams). I loved the Classic X-Men series, as it was a way to get your hands on the material in the expensive back issues. (Collected editions were only starting to be a thing.) Plus, there were awesome new covers (in this case, by Arthur Adams and Al Williamson, and new backup stories by Chris Claremont and John Bolton. I have an almost complete run of Classic X-Men in a box somewhere. 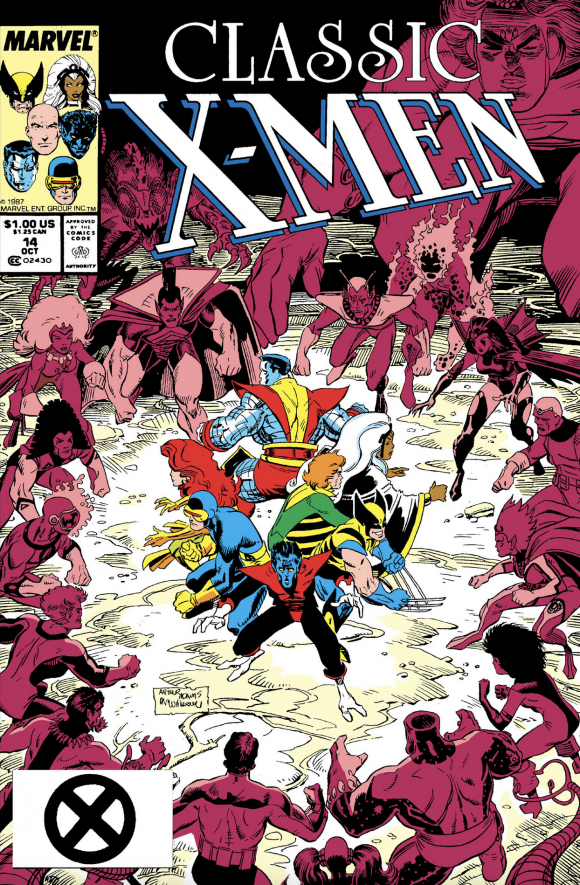 Doctor Fate #4, DC. I’ve always loved Doctor Fate. He’s probably tops on my bucket list of characters to write solo. This DeMatteis-Giffen joint is one of the best takes on the character, a wonderful mix of the psychological and the creepy. 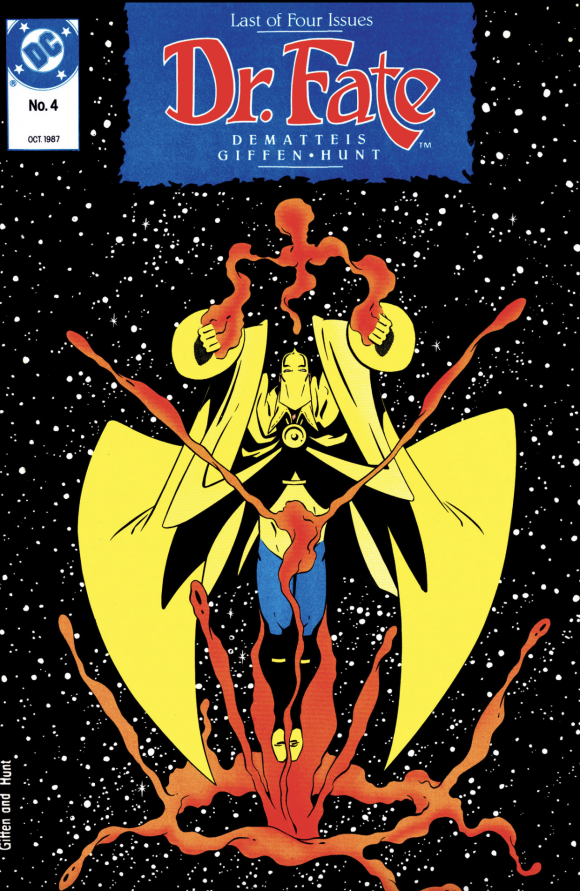 The Chronicles of Corum #6: The Queen of the Swords, First Comics. Growing up I was a huge fan of Michael Moorcock’s Eternal Champion cycles (and still am). When First Comics started adapting the stories, I was all in. This one has Mike Mignola inked by Kelley Jones, with a Mike Baron script. Years later, I got to write the foreword for a Corum reprint collection from Titan. 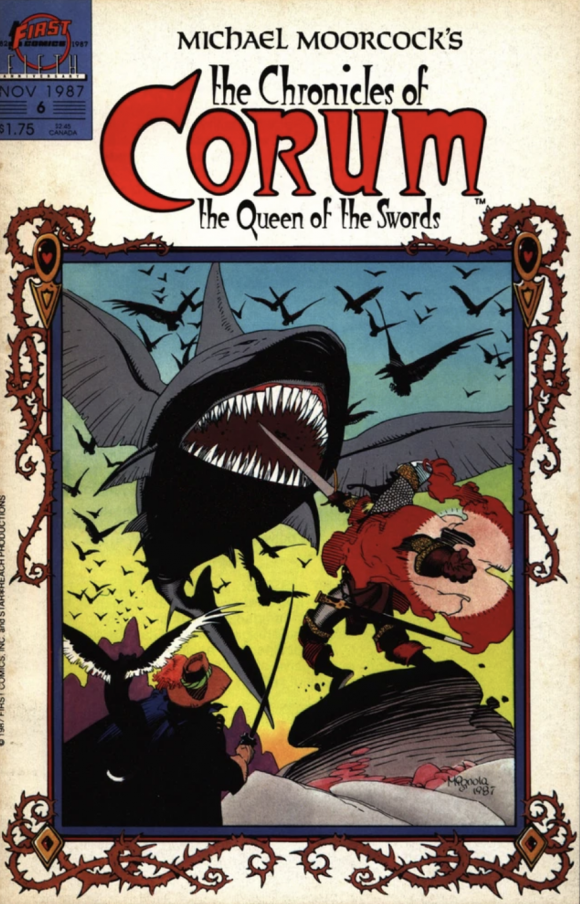 Hawkmoon: The Sword of the Dawn #2, First Comics. More Moorcock! Yes, I bought them all, including this one with lovely art by my pal Rafael Kayanan. 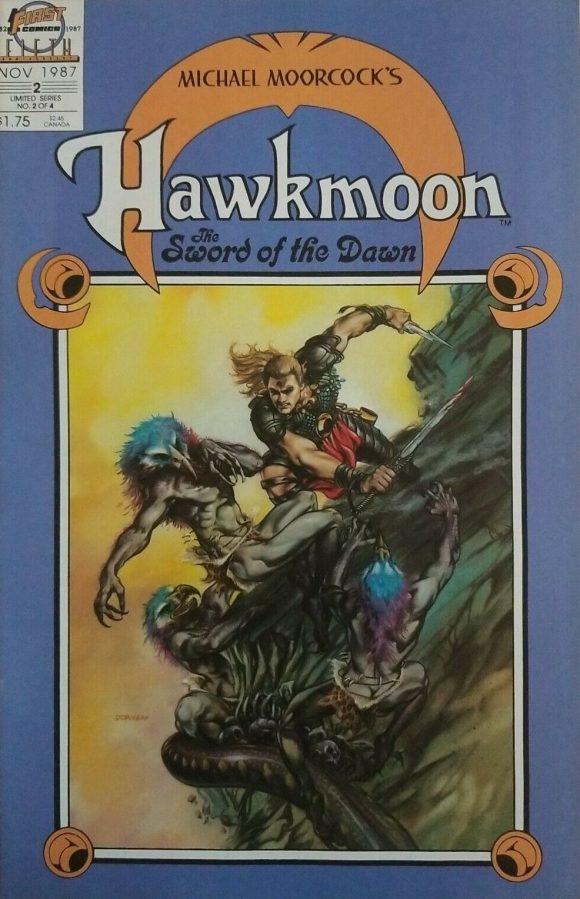 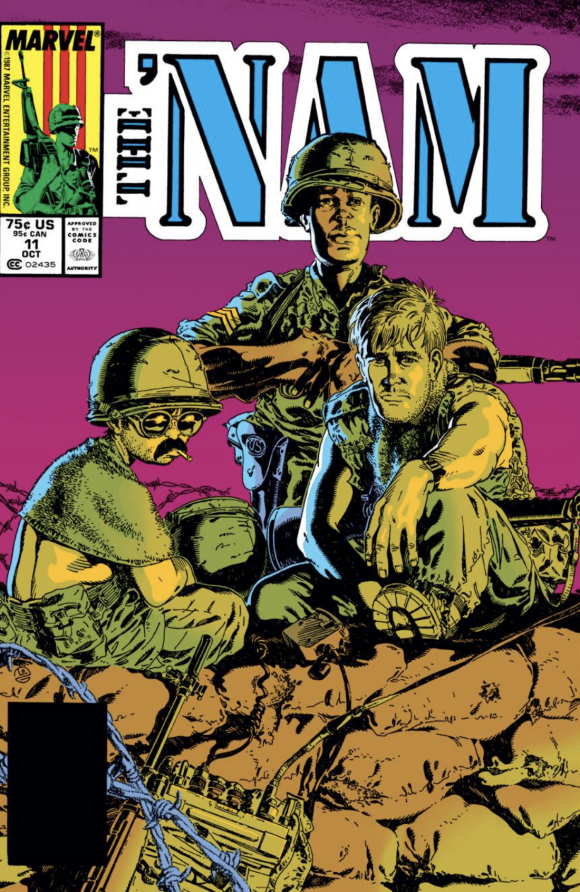 Fish Police Special #1, Comico. By the late ’80s I started really exploring independent comics, and Steve Moncuse’s Fish Police was at the top of my list. Clever writing and beautiful art. 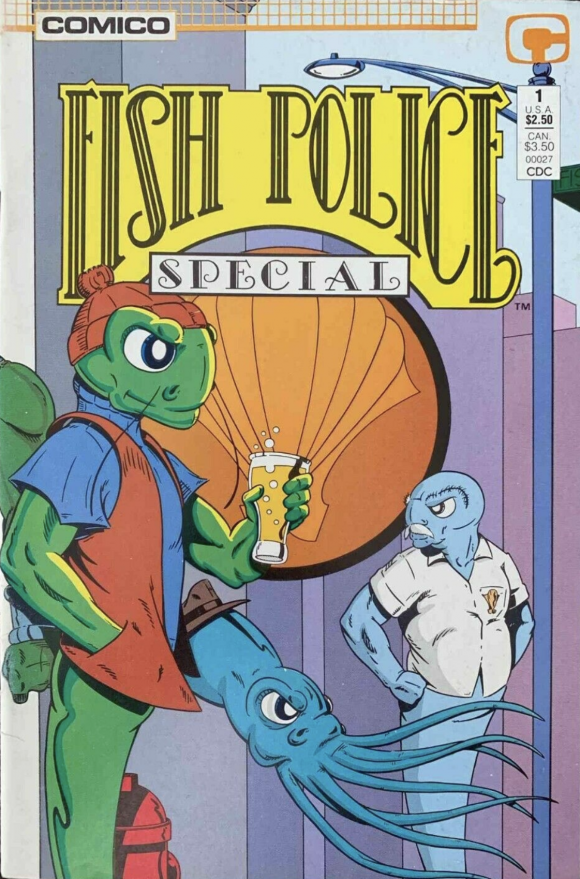 Concrete #3, Dark Horse. Another indie sensation at the time was Paul Chadwick’s Concrete, a moody, occasionally bittersweet series about a human journalist whose brain has been transplanted into an unbreakable, seemingly unkillable alien body, who wanders the globe searching for meaning. It’s like nothing else, really. 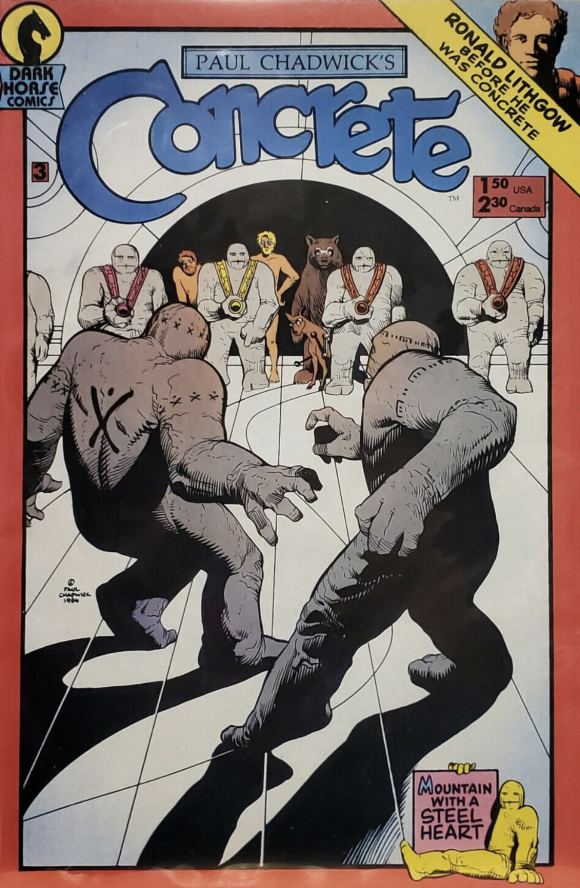 Fantastic Four #307, Marvel. This was the beginning of a weird period for the FF. Reed and Sue would leave the team, to be replaced by Johnny Storm’s ex-girlfriend Crystal and Ben Grimm’s then-current girlfriend Sharon “Ms. Marvel” Ventura. Before too long, Crystal would be replaced by Johnny’s wife Alicia, who had been revealed to be Lyja, a Skrull spy, and a second dose of cosmic rays would transform Sharon into an orange-bricked creature like Ben Grimm, while Ben would undergo even further mutation, winding up looking like a spiky orange pineapple. So, yeah. Weird. 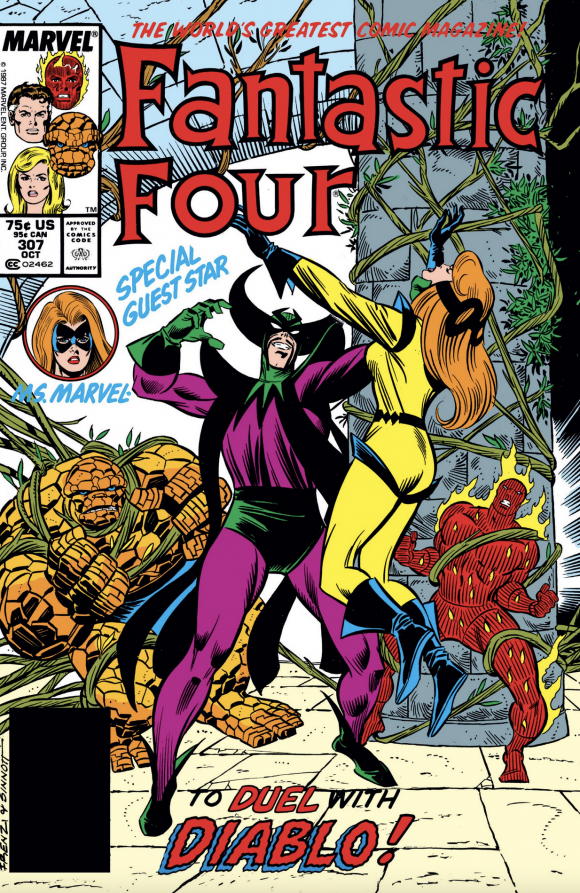 The Adventures of Superman #433, DC. This is my all-time favorite period of Superman comics and while I most prefer John Byrne’s solo work, you can’t knock megatalents like Marv Wolfman and Jerry Ordway. First-rate stuff. 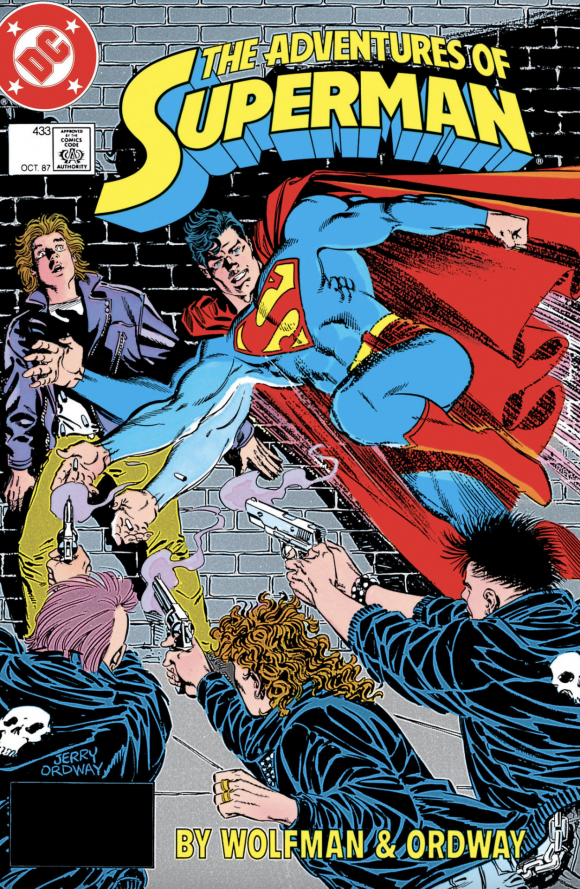 Peter Parker, the Spectacular Spider-Man #131, Marvel. Psst, here’s a little secret: I didn’t read Kraven’s Last Hunt until this year. Hey, we all have our gaps, y’know? Made me appreciate Kraven more than I ever have, which makes me not at all special, I know. Ron adds: Part 3 of the Kraven’s Last Hunt epic, easily one of the greatest Spidey stories ever. J.M. DeMatteis and Mike Zeck firing on all cylinders.

Star Blazers #4, Comico. This just reminds me how much I loved Star Blazers when it was on in syndication in New York when I was an adolescent. Despite obvious differences, it felt like I was getting something akin to a Star Wars TV series. After-school appointment television.