This week for RETRO HOT PICKS, Scott Tipton and I are selecting comics that came out the week of June 30, 1978.

(Keep in mind that comics came out on multiple days back then — as has become the case now. So these are technically the comics that went on sale between June 27 and July 3.)

So let’s set the scene: Jimmy Carter was president. Grease was the word at the box office: The John Travolta/Olivia Newton-John satirical homage to sex-obsessed ’50s teenagers was the No. 1 film in America. A rerun of Lou Grant, starring the great Ed Asner, of course, topped the Nielsens.

One of the all-time great disco hits, Shadow Dancing by Andy Gibb, led the Billboard 100. But the elder Brothers Gibb ruled the album table with the Saturday Night Fever soundtrack, which had not only been on the charts for 45 weeks — it was on top of the heap for 24 straight. (It would be dethroned the next week by Gerry Rafferty’s City to City. The week after that? Some Girls — one of the Rolling Stones’ best.) Saturday Night Fever stayed on the charts until March 1980. Extraordinary.

Can you dig it? I knew that you could…

Detective Comics #479, DC. For decades I considered this part of the Englehart-Rogers run since Marshall Rogers pencilled the book. But Len Wein had taken over and picked up where Steve Englehart left off. Either way, this is probably my favorite version of Clayface and my favorite Clayface story all in one. Preston Payne was horrifying, terrifying and quite mad. It’s too bad he didn’t really last over the long haul. In any event, Wein quickly moved on to Batman, where he produced my favorite sustained run on the Darknight Detective (about 20 issues). 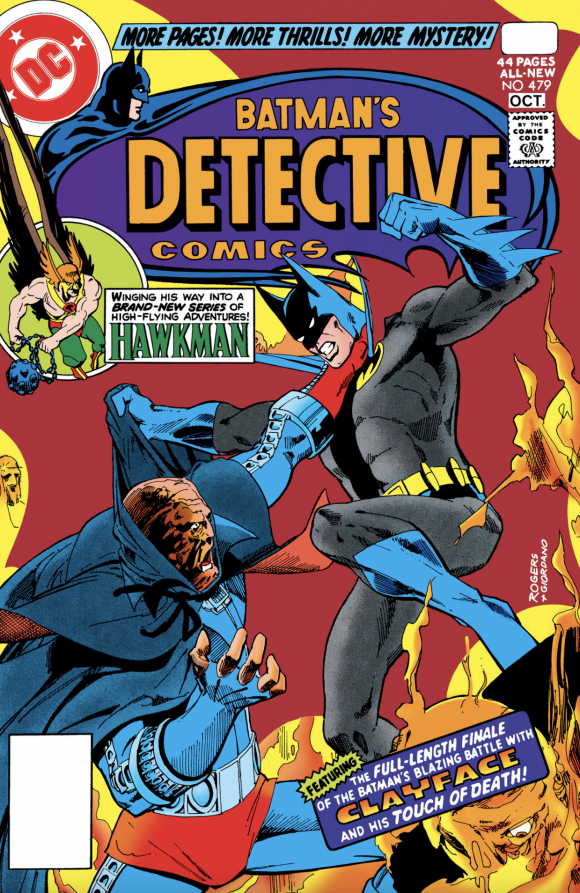 Scott adds: This was the Clayface I grew up with, the Preston Payne “Phantom of the Opera”-style version. It wouldn’t be for another decade or so before I finally got my hands on some old Silver Age Batman comics featuring the Matt Hagen version that everyone thinks of primarily today. Silver Age Clayface is better, but I still have a soft spot for poor Preston here. 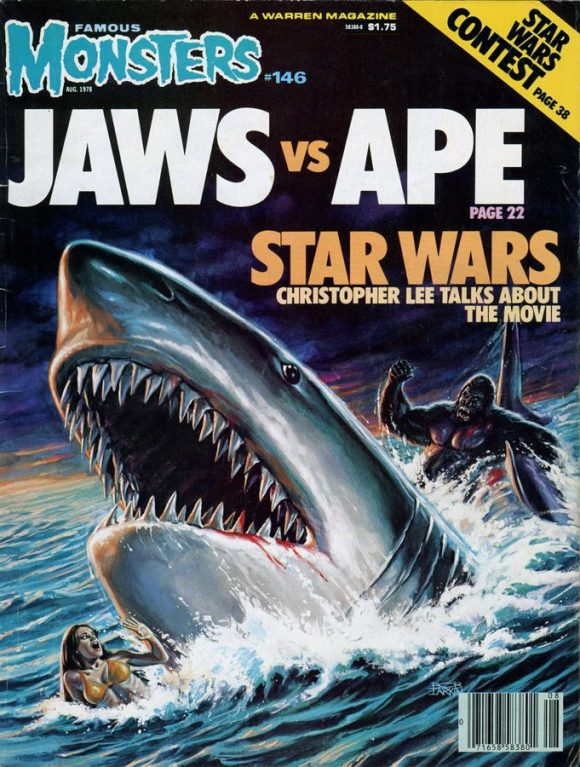 Master of Kung Fu #68, Marvel. One of the highlights of the Doug Moench/Mike Zeck run on Shang-Chi. 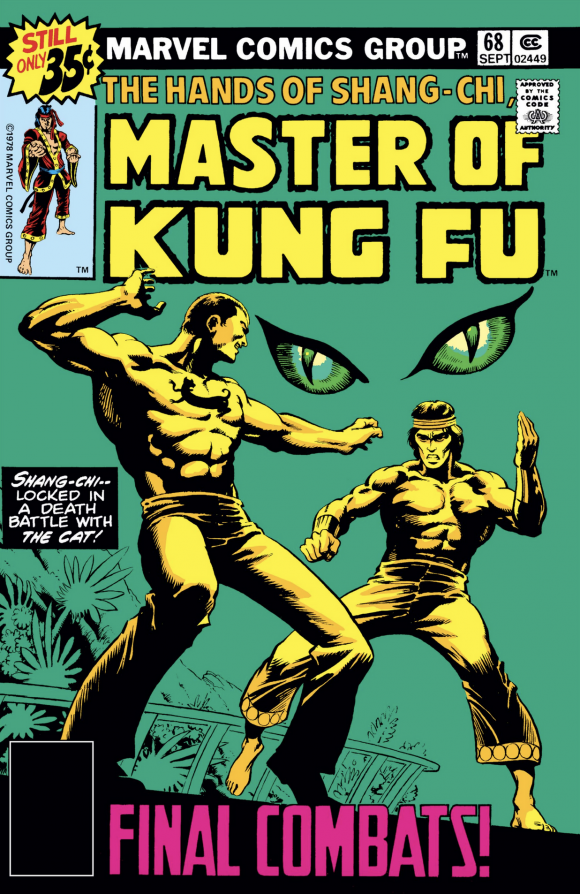 Spidey Super Stories #36, Marvel. The Lizard imperils the world of the Electric Company! Oh no! 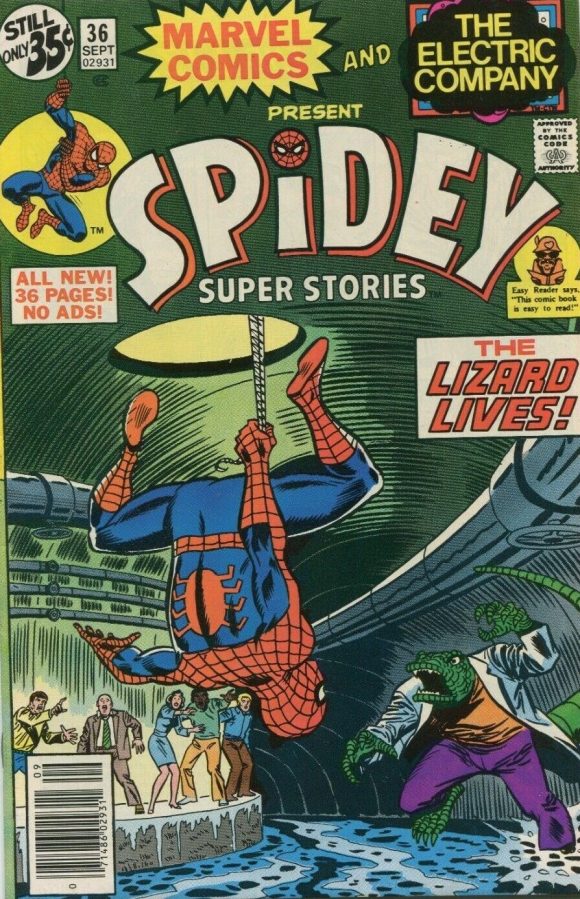 The Great Superman Book, MacMillan. Don’t be fooled by the name: This is the Superman entry in Michael Fleisher’s Encyclopedia of Comic Book Heroes series. Tons of biographical detail on the Man of Steel as a character, with entries on villains and supporting characters both major and (very) minor. 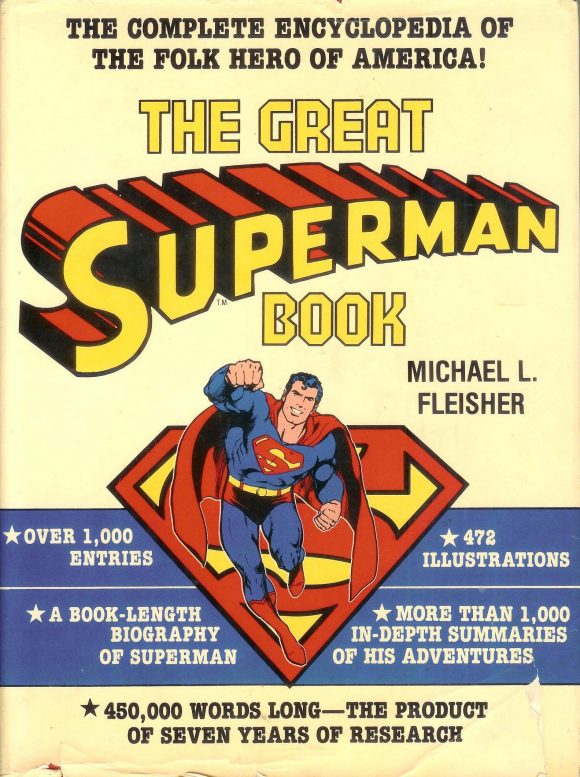 Star Wars #15, Marvel. How tough is space pirate Crimson Jack? Crimson Jack is so tough he wears short pants in the vacuum of space. 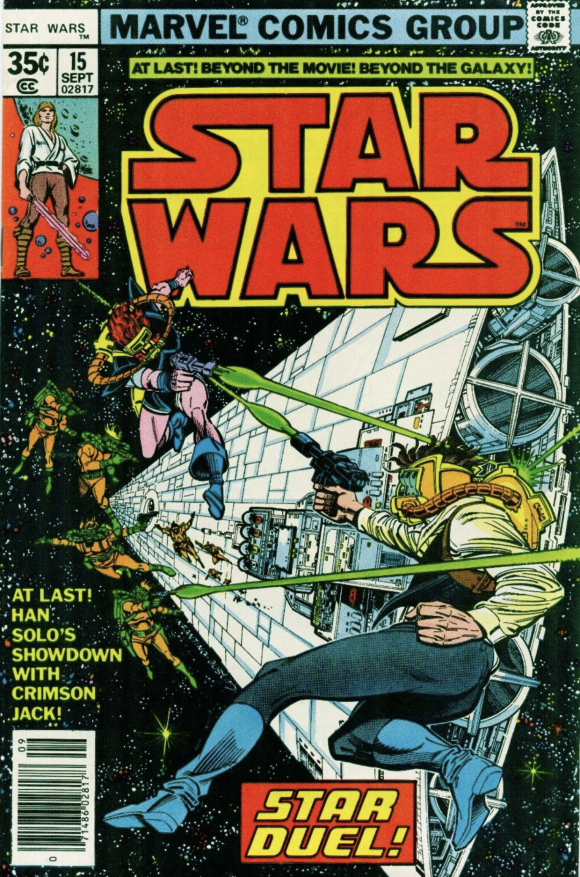 Action Comics #487, DC Comics. I remember this comic for two reasons: the oddly sad introduction of Microwave Man, and the backup Atom story where I first realized that Atom’s wife Jean Loring was kind of awful, with her steadfast (and vocal) refusal to marry him “until he made something of himself.” 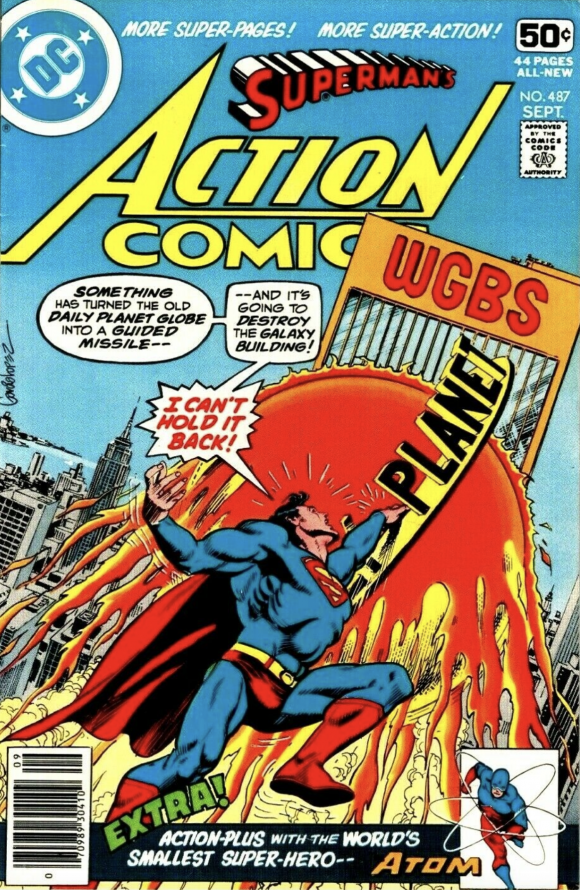 All-Star Comics #74, DC Comics. The Justice Society having their own book was a huge deal for me as a kid, since I was used to only seeing them in the JLA/JSA team-ups every summer. 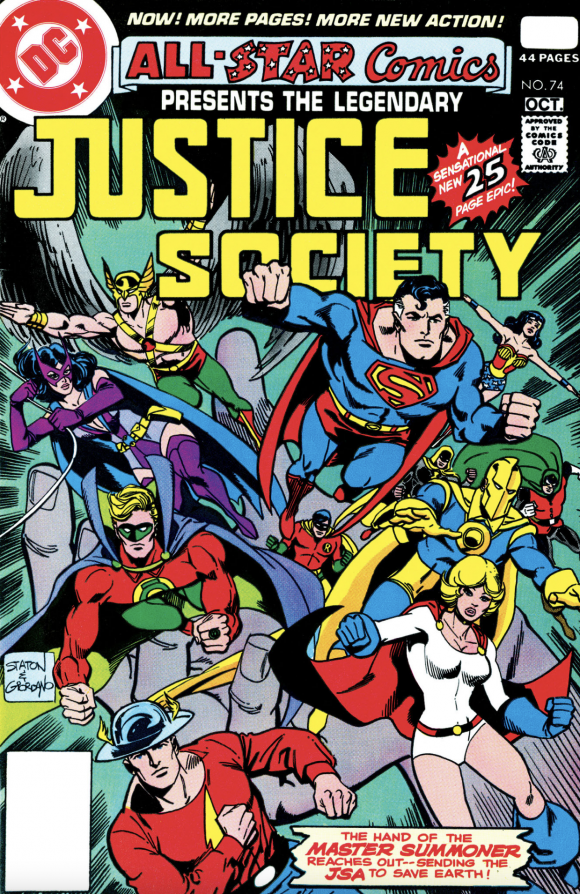 Dan adds: The final issue of All-Star before the DC Implosion. Virtually every JSA hero pops up in this one, courtesy of Paul Levitz, Joe Staton and Joe Giella. The feature continued in Adventure Comics after this.