Hitting up the comics shop — 34 years ago!

Now, last time in RETRO HOT PICKS, it was books that went on sale the week of May 27, 1982. (Click here to check it out.) This time, it’s the week of June 3, 1986. (Keep in mind that comics came out on multiple days back then — as has become the case now. So these are technically the comics that went on sale between May 31 and June 6.)

So, let’s set the scene: Ronald Reagan was president. The top box-office draw was Sylvester Stallone’s very ’80s action flick Cobra. The biggest show on TV was, um, The Cosby Show. And Madonna was on top of the Billboard 100 with Live to Tell.

Watchmen #1, DC. Psst. I bought this because I’d heard it was the Next Big Thing. Read the issue and thought, “Eh, not for me.” I just wasn’t ready for the most literary, genre-smashing testament to comics creativity ever published. It took me time to get there – but I did. By Moore and Gibbons, natch. 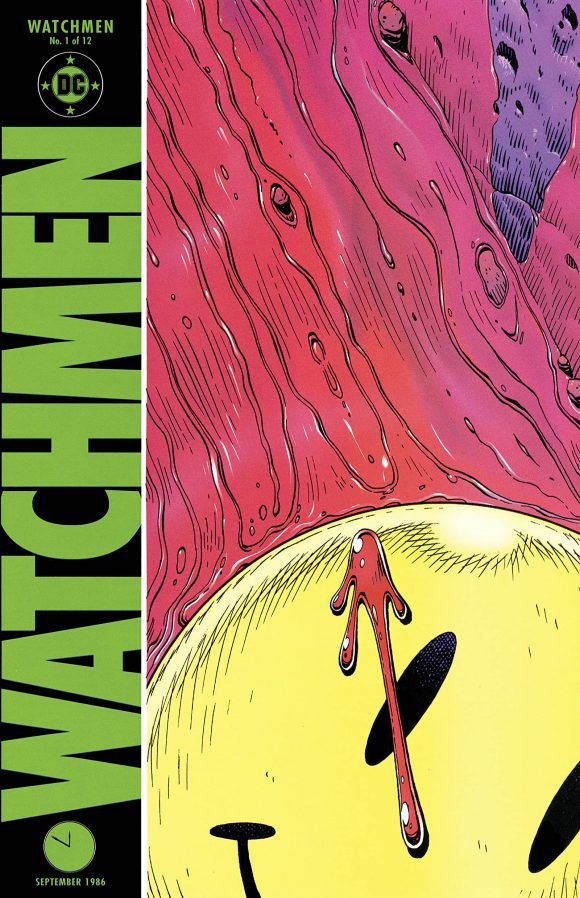 Scott adds: The biggest book of the year, arguably the decade, and yet I missed it on the racks when it came out. Wasn’t even on my radar. It wouldn’t be until the collected trade came out over a year later that I would catch up with the rest of the comics-reading world.

Amazing Heroes #96, Fantagraphics. I was a big fan of this mag and there’s hardly any question that I picked this up in 1986. I was all in on John Byrne’s Man of Steel reboot and, as I’ve written many times over, I still think it’s the best iteration of Superman in comics. 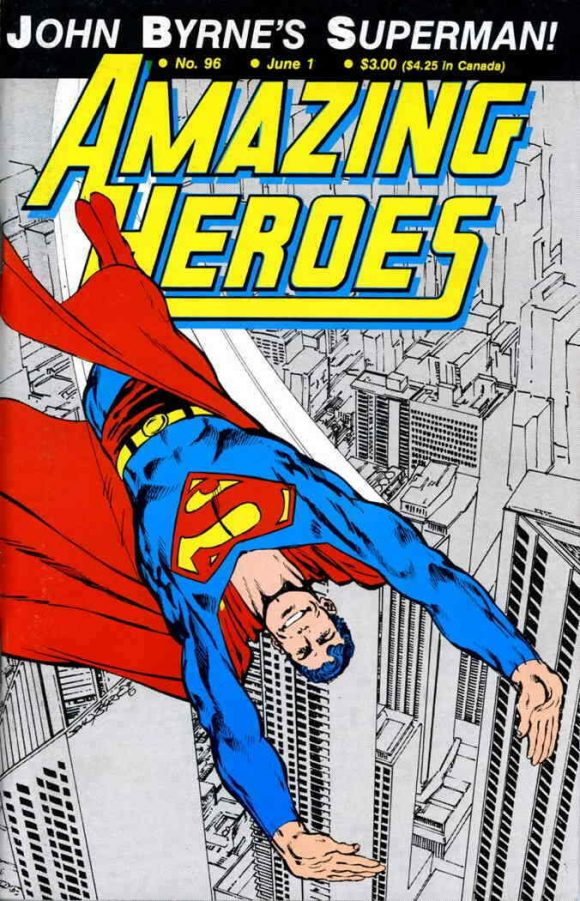 DC Comics Presents #97, DC. First issues in the post-Crisis era were always exciting – but so were some final issues that allowed you to close the book on an entire era. DCCP #97 — by Steve Gerber, Rick Veitch and Bob Smith — was a farewell to Superman’s Phantom Zone villains, which were supposed to be dispensed with in Byrne’s reboot. Of course, you can’t keep a great idea down… 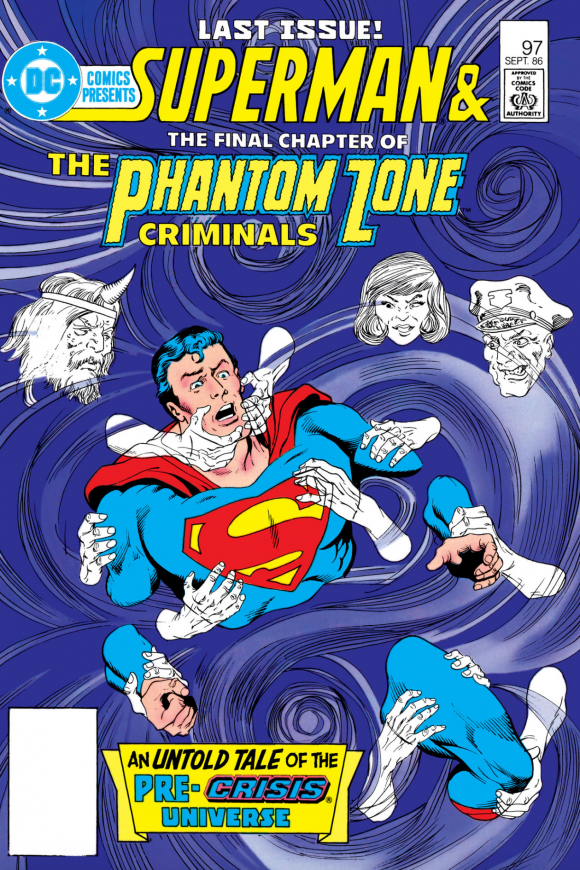 Amazing Spider-Man #280, Marvel. I liked everything about this new version of the Sinister Syndicate — by Tom DeFalco, Ron Frenz and Brett Breeding — except for the ‘80s revamp of the Rhino. Who looked at the Rhino and thought, “Well, clearly, he needs bracelets”? 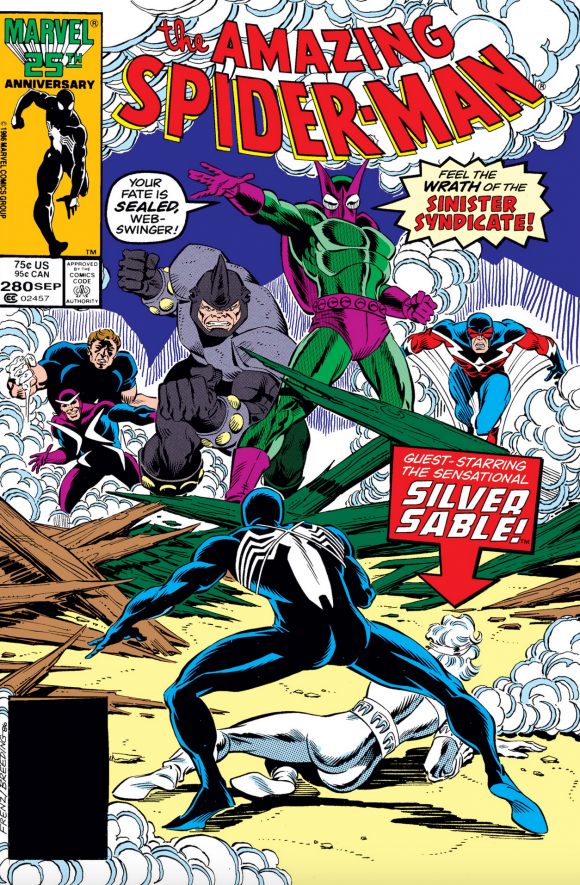 Vision and the Scarlet Witch #12, Marvel. Another of Marvel’s early experiments with yearlong miniseries, this one written by Steve Englehart was a keeper for me thanks to the wonderfully retro vibe of artist Richard Howell’s work. This particular issue also featured the birth of Vision and Wanda’s children, who got along just fine until John Byrne got his hands on them… 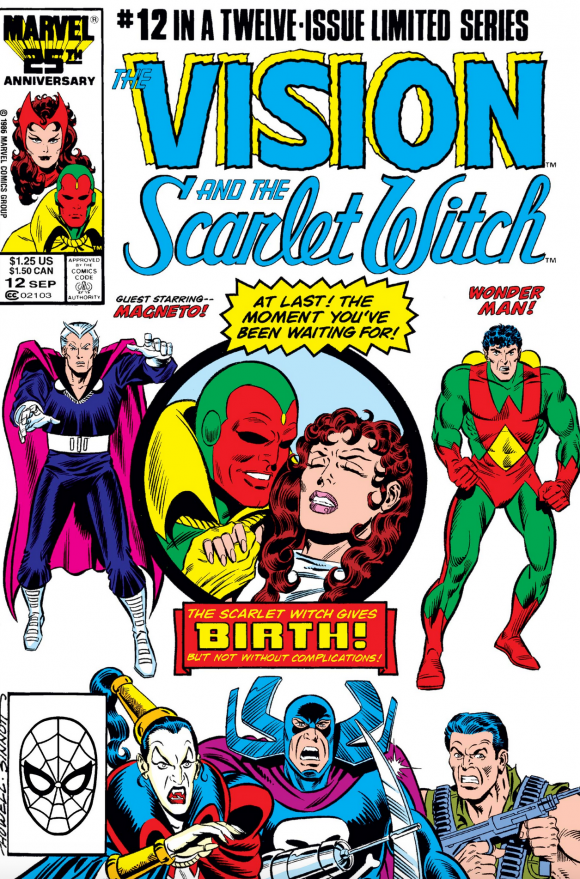 Captain America #321, Marvel. I remember this issue being controversial at the time, because it had been so long established that Cap didn’t kill or use a gun, despite his wartime origins. I think the reaction to this issue was what prompted writer Mark Gruenwald to later begin his long “PRESIDENT FIRES CAP” storyline, the highlight of his lengthy run. 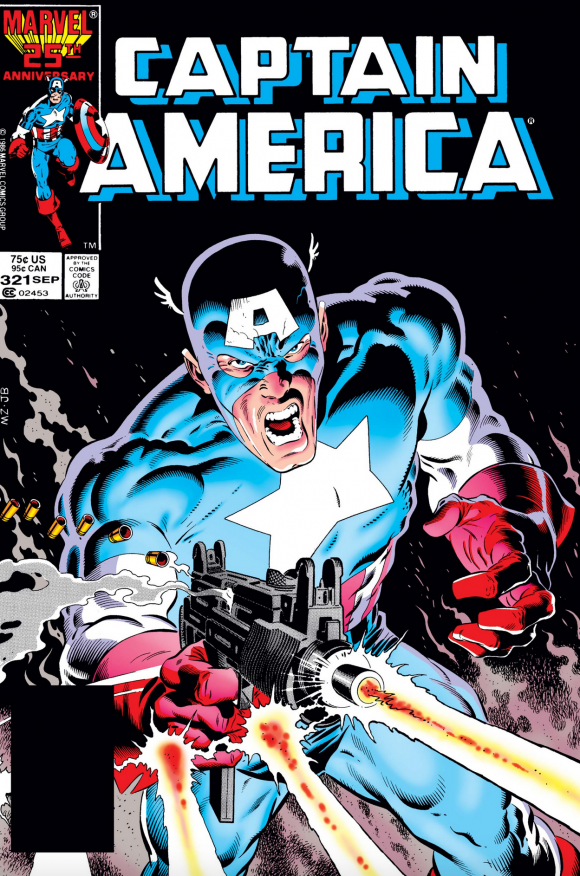