BECAUSE YOU DEMANDED IT! Diamond has begun shipping again — but RETRO HOT PICKS is here to stay! 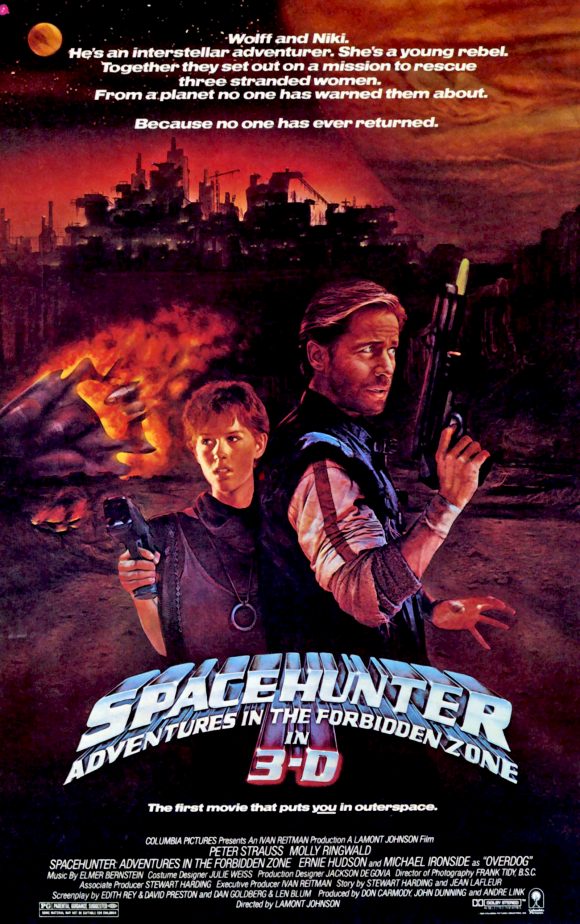 So, let’s set the scene: Ronald Reagan was president; the top box office draw was something called Spacehunter: Adventures in the Forbidden Zone — though the following week it was, ahem, Return of the Jedi; the big TV show that week was the classic Motown 25: Yesterday, Today, Forever, with a monumental performance by a pre-scandal Michael Jackson; and, David Bowie’s Let’s Dance rocked the Billboard singles chart — along with Jackson’s Beat It.

Batman and the Outsiders #1, DC. Batman quitting the Justice League was a big deal, as contrived as it was. Because really, it doesn’t take a genius to figure out that DC was looking to replicate its monumental success with The New Teen Titans, so they basically copied the formula — mixing established characters like Metamorpho and Black Lightning with newbies Halo, Katana and Geo-Force. And instead of Robin as the leader, we get the Dark Knight himself. But Batman often felt like an afterthought during the League’s Satellite Era, so I was really intrigued by the idea of him running his own team. 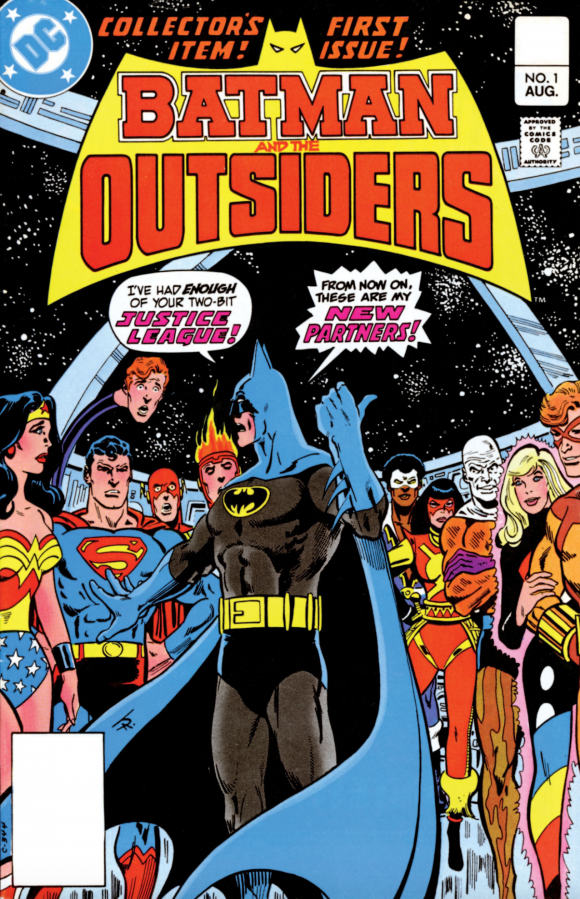 Scott adds: I’ve always said that Batman and the Outsiders sounds more like a rockabilly band than a superhero team, but still, I was excited when I saw this comic on the rack. Nothing ever shook up the JLA in those days, so this was groundbreaking stuff, and the prospect of a monthly dose of Jim Aparo Batman was a welcome one, even if it did come at the cost of my beloved The Brave and the Bold.

Green Lantern #167, DC. OK, I admit it. I’ve never read this issue but I’m picking it because A) it’s GREEN LANTERN WEEK here at 13th Dimension (click here) and B) former GL writer Ron Marz picked this gorgeous Gil Kane cover as one of the TOP 13 ever. (Click here for his whole list.) 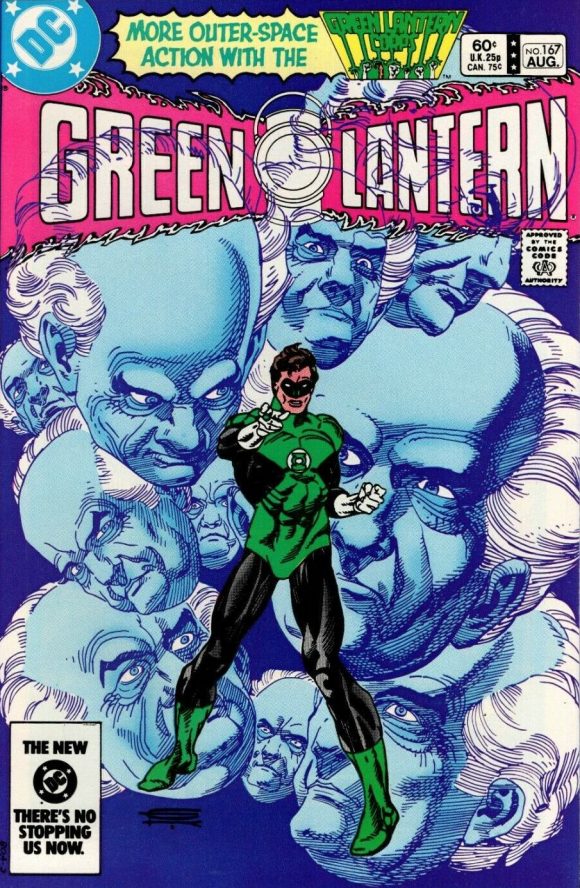 Little Lulu #267, Whitman. My Mom loved Little Lulu as a kid and I can totally see why: both are the mischievous sort. I distinctly remember buying her an issue for kicks, though I have no idea whether this was that issue. Either way, this pick’s for you, Mom! 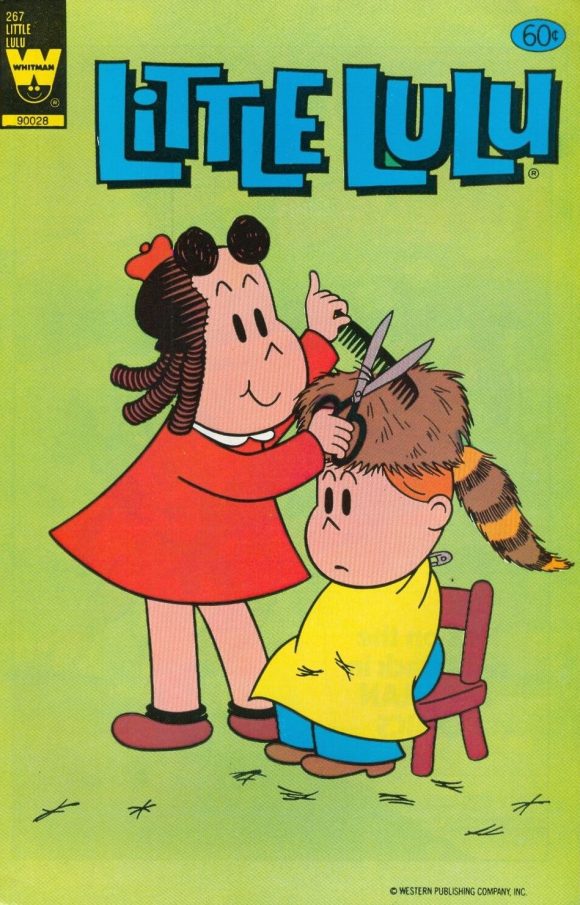 Alpha Flight #1, Marvel. The debut issue of the ongoing series for John Byrne’s Canadian super-team. I loved this book at the time, because it really felt like anything could happen. And by the end of the first year, it did. 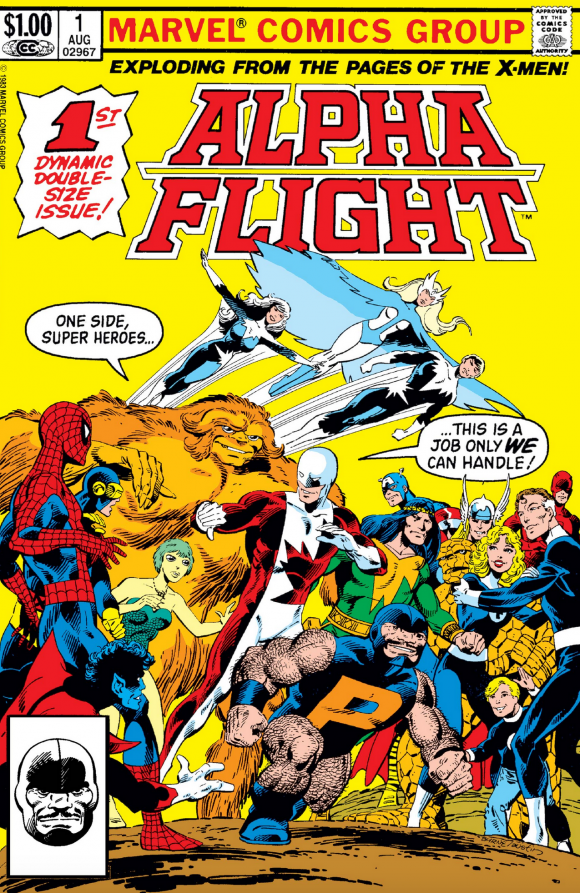 Iron Man #173, Marvel. This storyline in Iron Man was melting my brain, as a completely off-the-wagon and drunk-as-a-skunk Tony Stark loses his company, his place in the Avengers, and even his role as Iron Man over the course of a full year. Big credit to writer Denny O’Neil and editor Mark Gruenwald for taking a risk like this. 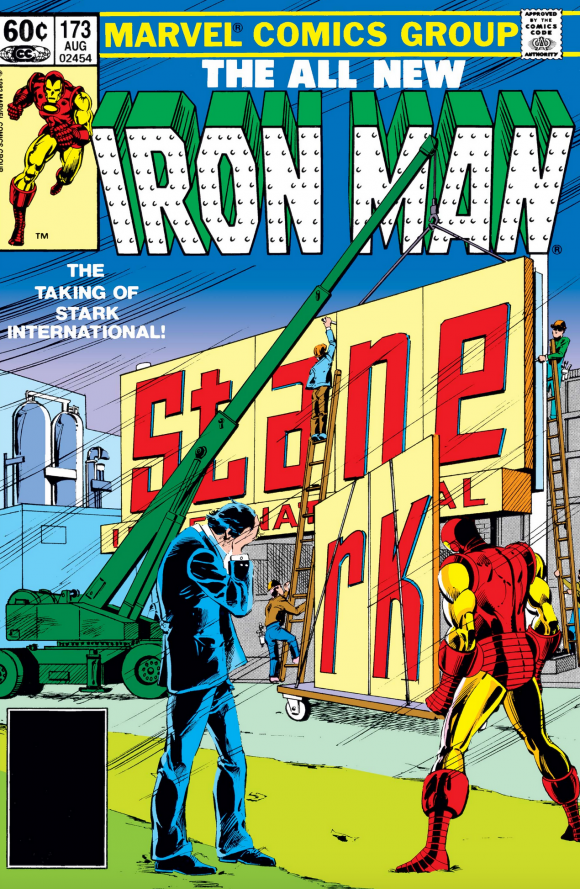 Official Handbook of the Marvel Universe #8, Marvel. Twenty-eight pages of smudgy newsprint and occasionally barely readable text blocks, yet for those three years or so, OHOTMU was my most-looked-forward-to comic of the month. I devoured that information and committed it to memory. Which explains a lot when you think about it. 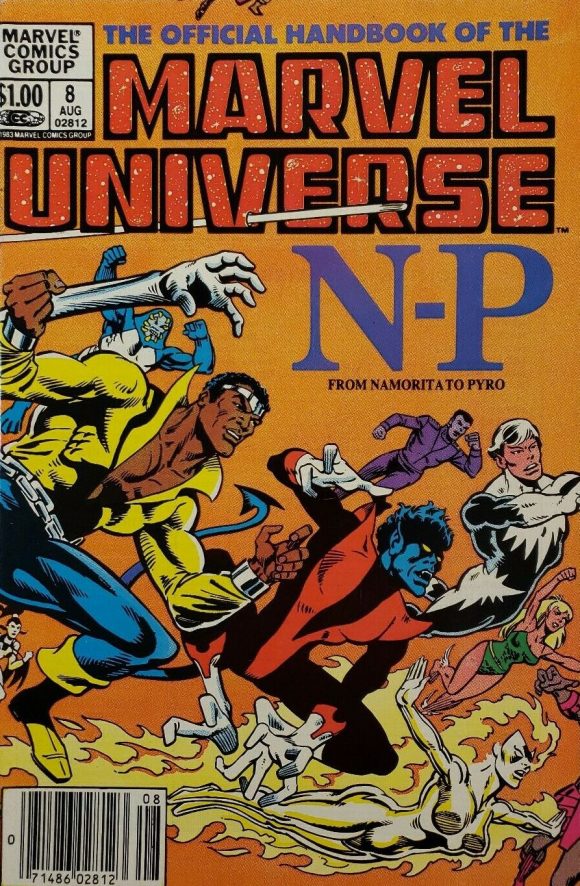