This week for RETRO HOT PICKS, Scott Tipton and I are selecting comics that came out the week of Aug. 4, 1986.

(Keep in mind that comics came out on multiple days back then — as has become the case now. So these are technically the comics that went on sale between Aug. 1 and Aug. 7.)

So let’s set the scene: Ronald Reagan was in the midst of his second term as president. Aliens was the top movie this week but it’s worth noting other summer ’86 flicks that were very much in the zeitgeist — Top Gun, The Karate Kid Part II and The Fly, among them.

The Cosby Show dominated TV even during summer reruns, but other big shows were Cheers, Family Ties and Murder, She Wrote. (My Mom loved that show. Didn’t everyone’s?) Peter Cetera’s Glory of Love — from The Karate Kid Part II — wasn’t just the No. 1 song, it was everywhere. You couldn’t escape it. Also ubiquitous was the Top Gun soundtrack, which was the top-selling album on the Billboard 200. 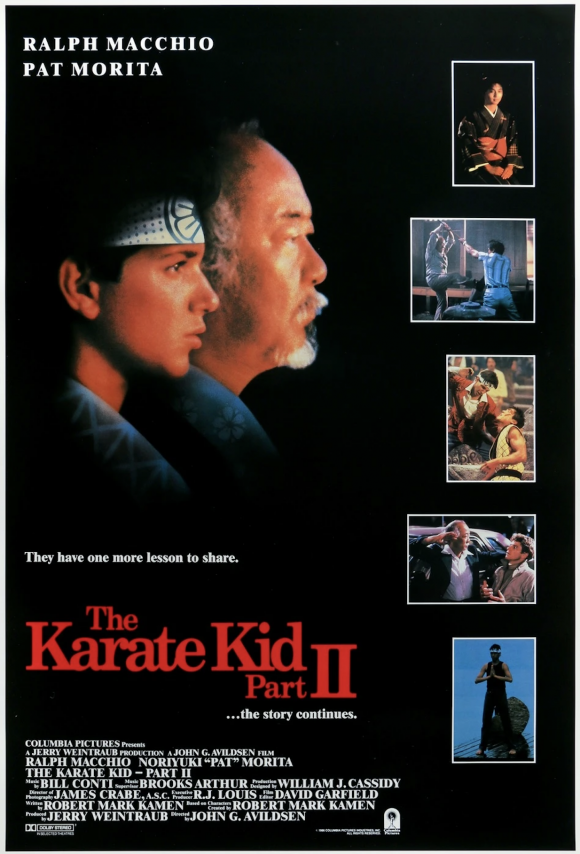 The Man of Steel #3, DC. 1986 was a big DC year for me, as everything was changing in the wake of Crisis on Infinite Earths and its newly unified former multiverse. I was on board for all of it. Leading the charge was Man of Steel, John Byrne’s miniseries that re-told the early days of Superman in DC’s newly revised history, such as this issue, which revealed the post-Crisis first meeting of Superman and Batman. 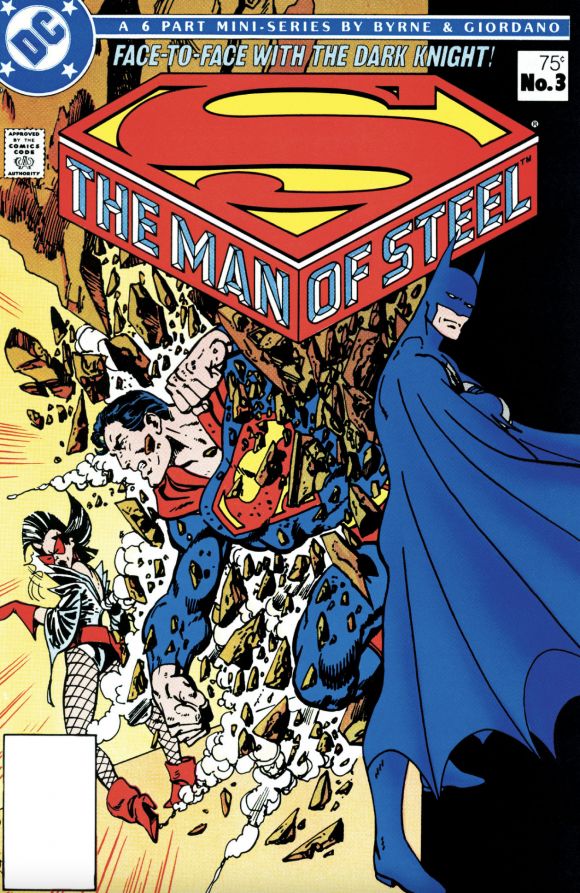 Dan adds: I am an enormous fan of Byrne’s Superman, especially The Man of Steel. This was an Event with a capital “E” and I would walk to the comics shop to get the next chapter feeling like I was experiencing this grand moment in time, like getting to see my favorite movie every two weeks (or so). Thing is — and as a Batman Guy, this may surprise you — I thought this was the weakest of the six chapters. I didn’t think Batman and Superman’s first meeting needed to be done here, it felt forced that they would be so suspicious of each other, and, most, importantly: Magpie?! MAGPIE?! More on that below.

Blue Beetle #6, DC. Another big focus of DC’s first post-Crisis year was the introduction of Charlton’s Blue Beetle into continuity, with this series by Len Wein and Paris Cullins. I loved it, but it sadly only lasted two years, though Beetle remained in a starring role over in the pages of Justice League International. 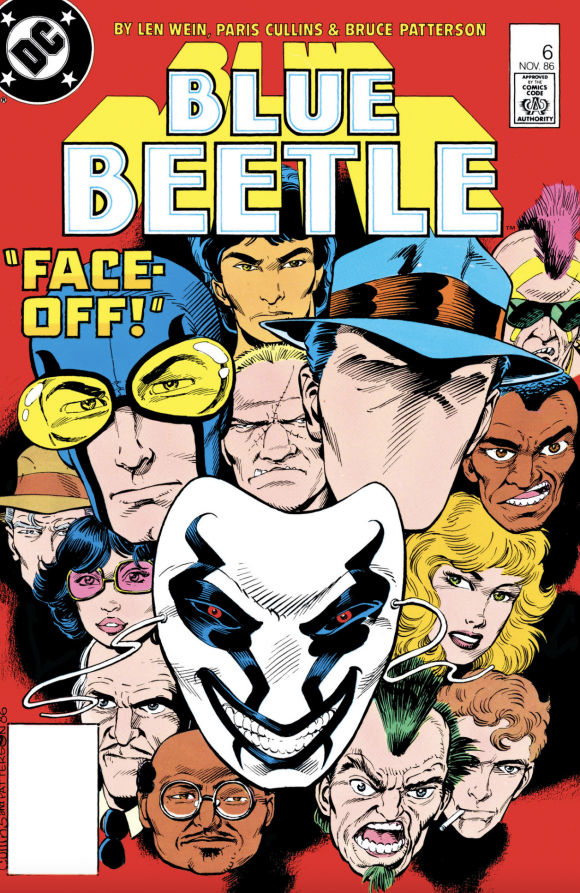 Secret Origins #8, DC. This was my other big obsession that year. Secret Origins, under the editorship of Mark Waid and Roy Thomas, was publishing revised origins for all the characters in DC’s catalog every month, usually a double-sized issue with one modern-day character and one Golden Age character being featured. Probably my favorite monthly book at the time. (Look closely in these issues and you can find a few missives in the letter columns from yours truly.) 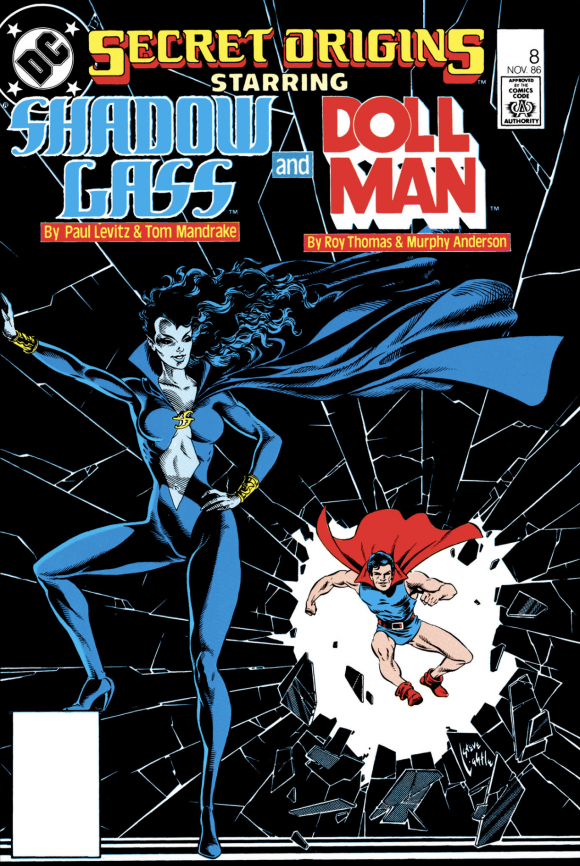 Batman #401, DC. This Legends crossover issue started Batman’s post-Crisis life with… Magpie!! Seriously, DC was making such a big deal about this nothing villain that she not only was the catalyst for Superman and Batman’s first meeting in Man of Steel, she led off the Darknight Detective’s new world order. I would call that a misstep. If the stars aligned properly, this should have been the start of Batman: Year One, which launched three issues later. 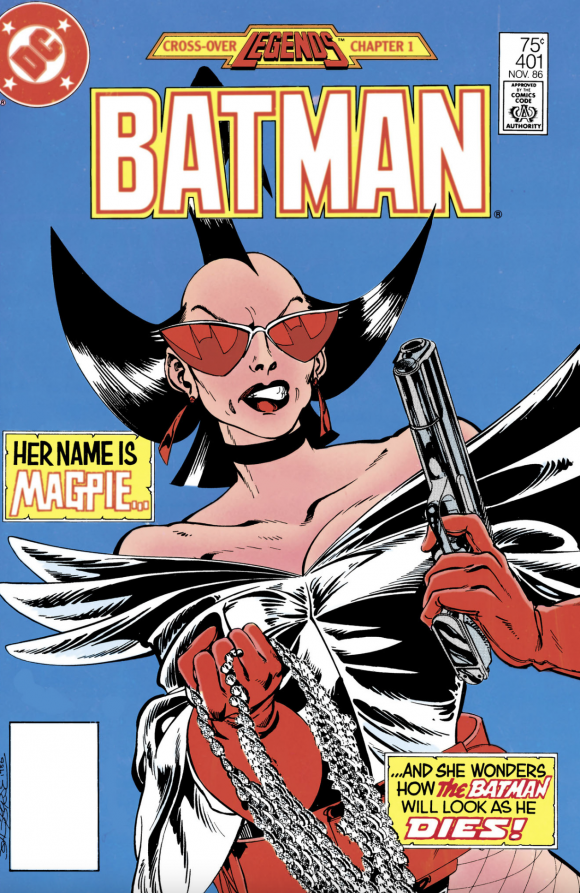 Elektra: Assassin #2, Marvel. That Miller fella was on a helluva hot streak. You know what other miniseries was coming out at this time? The Dark Knight Returns. Oh, and, hey, let’s not forget the mighty Bill Sienkiewicz here, as well. A classic. 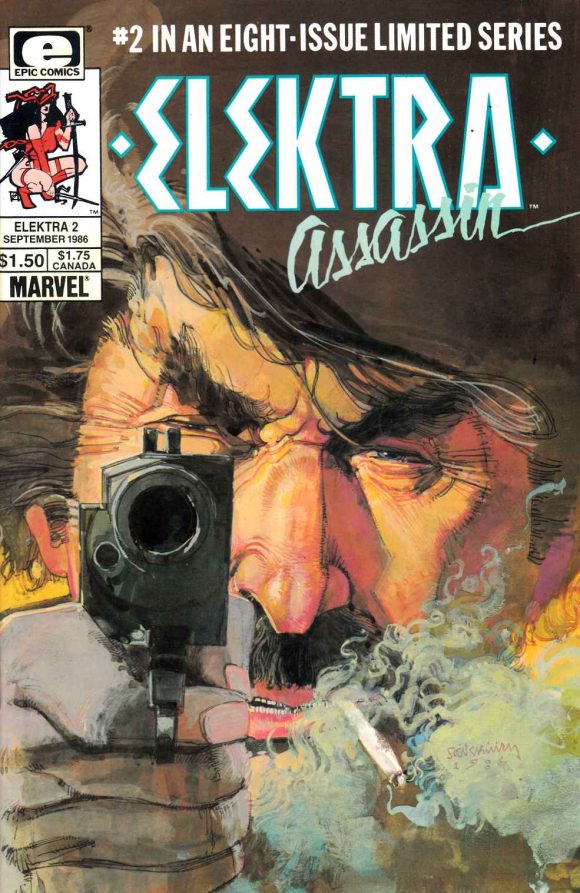 The Marvel Saga: The Official History of the Marvel Universe #12, Marvel. While DC was busy tearing its multiverse asunder and rebuilding from the ground up, Marvel was doing the exact opposite — putting out 25 issues that explained how everything in the Marvel Universe up to that point fit together. Superfan/writer/historian Peter Sanderson pulled off the Herculean task. 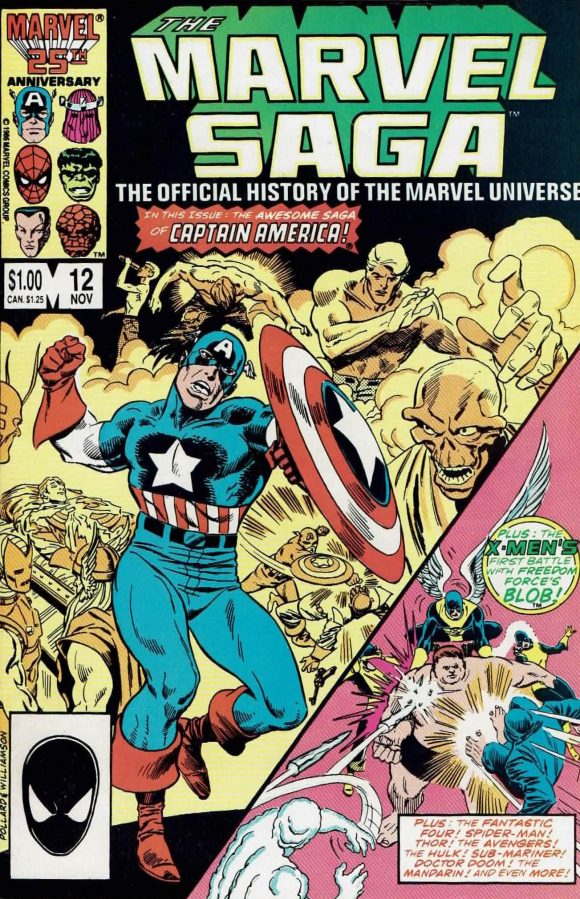 The Uncanny X-Men #211, Marvel. The first regular chapter of the Mutant Massacre crossover storyline, which was such a success that it begat annual Mutie crossovers. 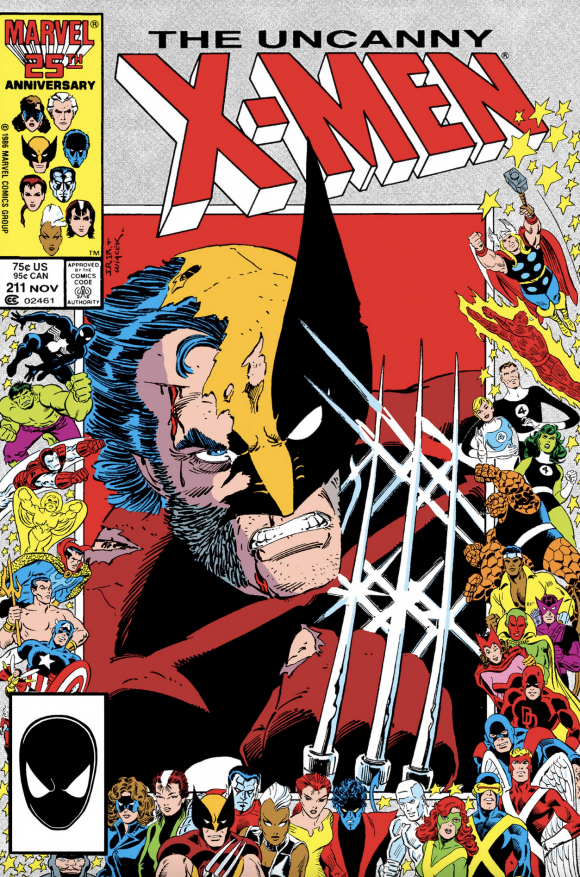 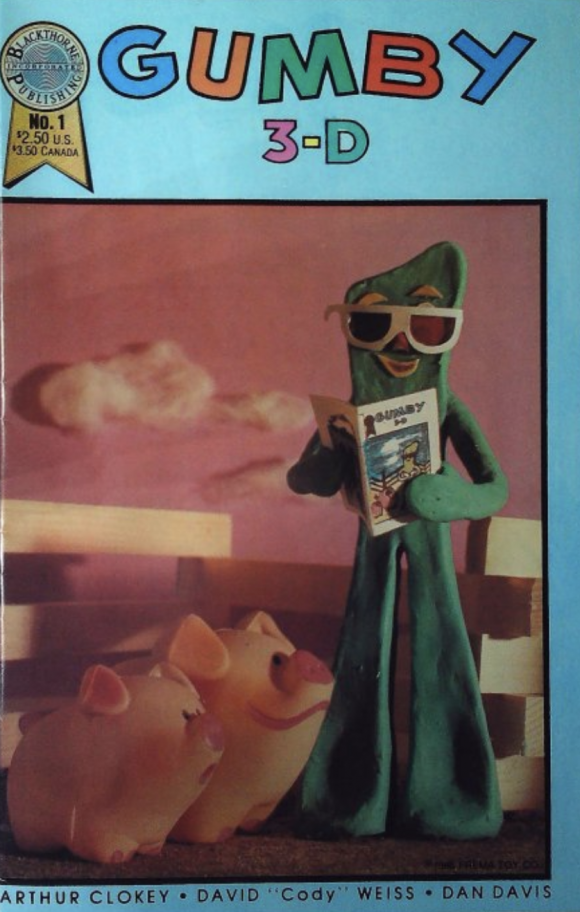 The Avengers #273, Marvel. Roger Stern, John Buscema and Tom Palmer! Baron Zemo and the Masters of Evil take over Avengers Mansion because the heroes are out running errands or something. 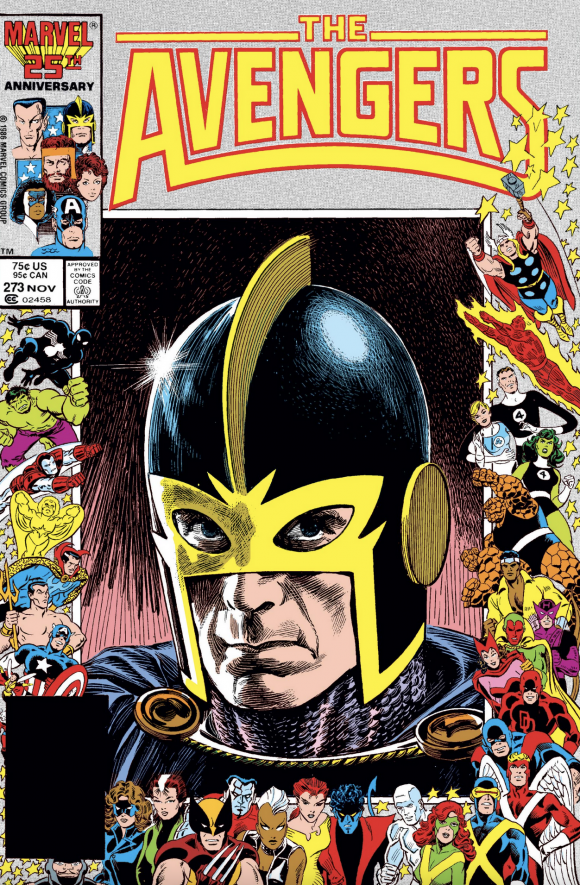 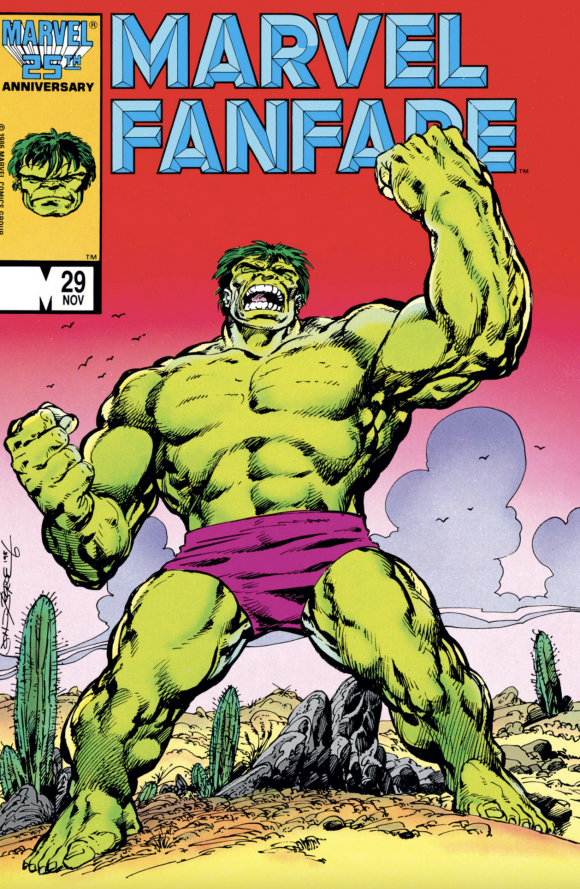 Amazing Heroes #100, Fantagraphics. A tribute to the King! Dozens of professionals pay homage to Jack Kirby. This one’s worth tracking down today.