This week for RETRO HOT PICKS, Scott Tipton and I are selecting comics that came out the week of July 28, 1973.

(Keep in mind that comics came out on multiple days back then — as has become the case now. So these are technically the comics that went on sale between July 25 and July 31.)

So let’s set the scene: Richard Nixon’s presidency was unraveling, though it would be another year before he resigned. On July 23, Nixon refused to turn over presidential tapes to the Senate Watergate Committee or the special prosecutor.

On a much more entertaining note, the big movie at the box office was Roger Moore’s debut as James Bond in Live and Let Die. (Though its run at the top was briefly interrupted this week by the martial arts flick Karado: The Kung Fu Flash. Quentin Tarantino should be proud.)

It was summer rerun doldrums, of course, but the biggest show on TV was All In the Family. (But you knew that.) Jim Croce’s eminently singable Bad, Bad Leroy Brown sat atop the Billboard 100. The rockingest song in the Top 10, though? Deep Purple’s Smoke on the Water — which is also one of the rockingest songs of all time — at No. 4. The albums chart included many that have stood the test of time. The leader was Chicago VI but the runner-up was Pink Floyd’s era-defining The Dark Side of the Moon.

Batman #252, DC. I got this when it came out. It was at either the Collingwood Auction or Englishtown Auction in New Jersey. I was 6. There was a guy there who sold comics, among other stuff, and naturally this was the one at the top of my stack when I asked Mom and Dad, “Can I, please? Can I?” It was the debut of the Spook — a Batman villain who never really caught on but who was kinda cool. I found him to be unsettling when I was Young Dan. (UPDATED: Eagle-eyed reader Joseph Holmes points out that the Spook’s first appearance was in Detective #434, which came out months earlier. So this was his debut to me! Thanks, Joseph!) 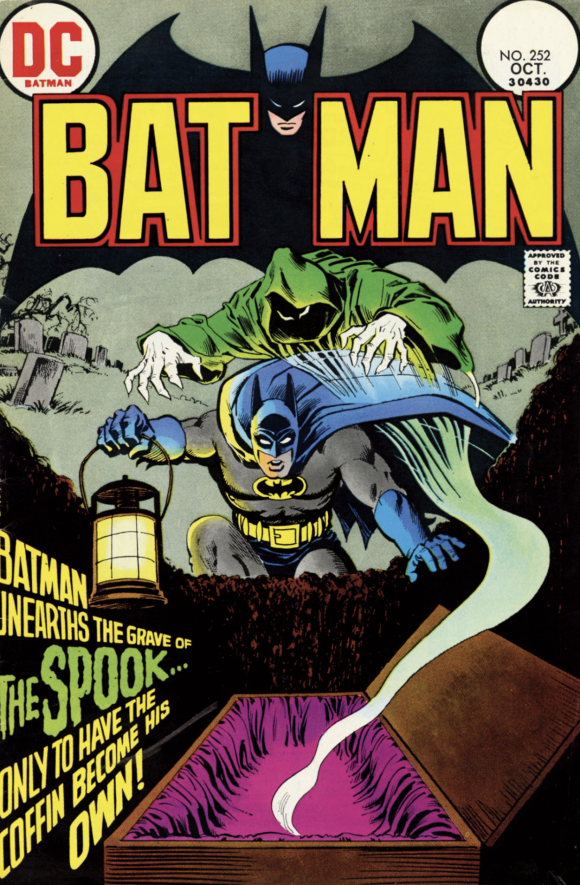 Space Family Robinson #37, Gold Key. I got this — quite possibly on that same visit — because it invoked Lost In Space, even though I was quickly aware that the comic and show had virtually nothing to do with one another. (There’s a pretty interesting back story there, though.) The cover is by the great George Wilson, with interior art by Dan Spiegle. 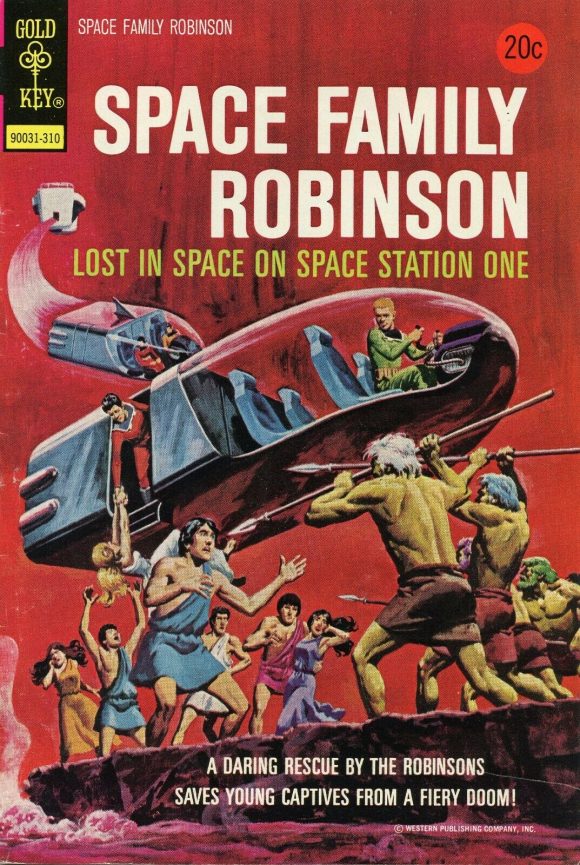 Daredevil #105, Marvel. You know what the best job in the Marvel and DC universes is? Dentist. Because EVERYONE grinds and gnashes their teeth. Just look at this cover! 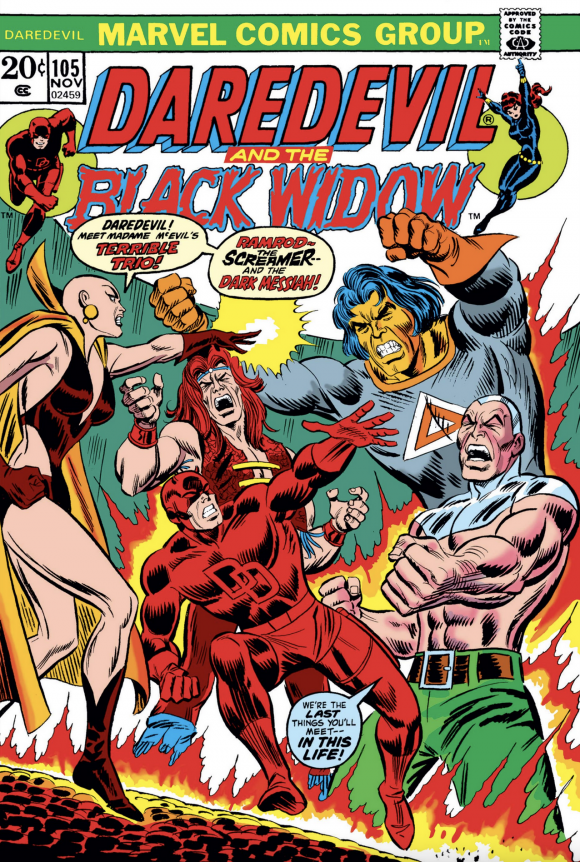 The Amazing Spider-Man #125, Marvel. I’m cheating here. This came out earlier in the month but it was still on sale, so I’m giving myself a break. If a Gerry Conway Spidey book was on the stands, it was must reading — and is must reading today. This was Part 2 of Man-Wolf’s first appearance — but far more importantly, Peter Parker was still reeling from the death of Gwen Stacy, which had only happened a few months before, in real time. 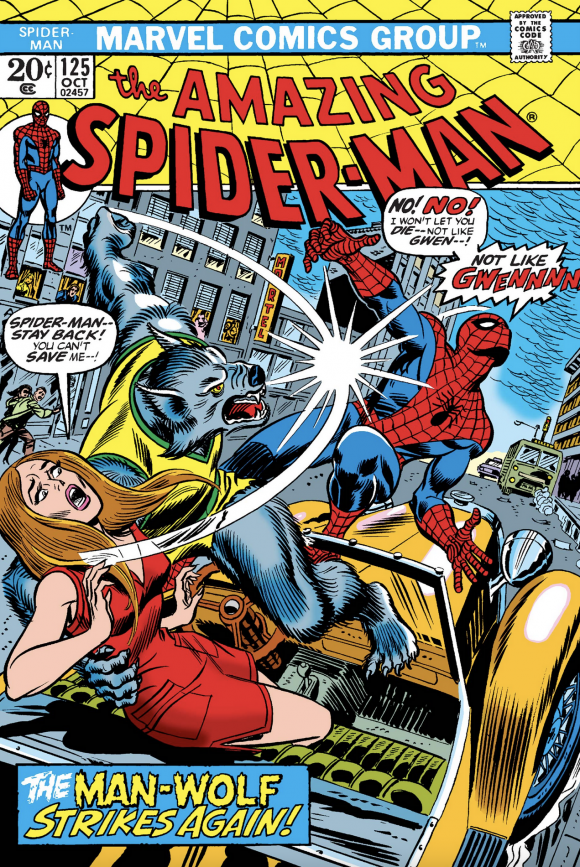 Detective Comics #437, DC. What a great cover. Jim Aparo at his moodiest. 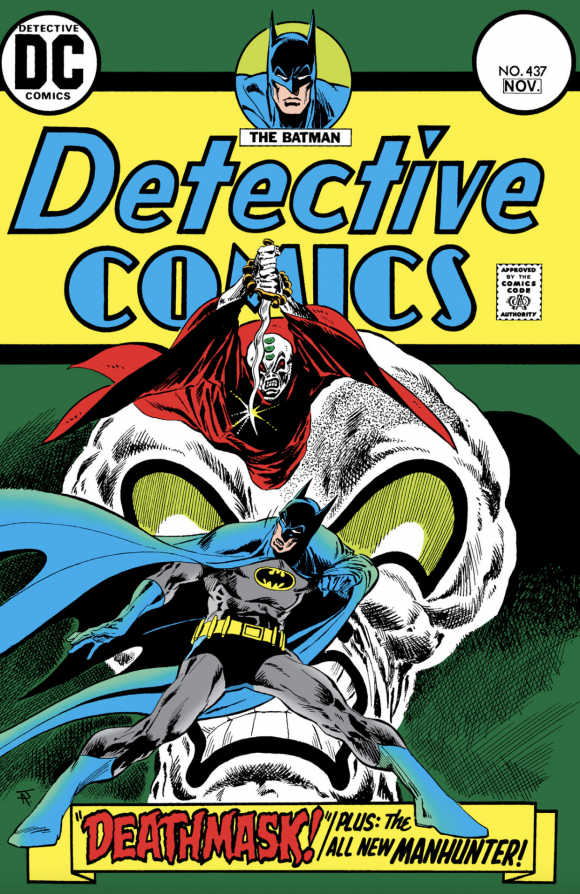 Dan adds: For this brief moment in time, Jim Aparo was to be the regular Detective artist. This was when he was in his prime — inking and lettering his own work. Alas, it wasn’t meant to be, which is too bad because Peak Aparo as the regular artist on a Batman ’70s solo series is one of the greatest things that never happened. Seriously, can you imagine? Just look at the page below. This issue is also notable for being the first in Archie Goodwin’s much-lauded run as Detective editor. 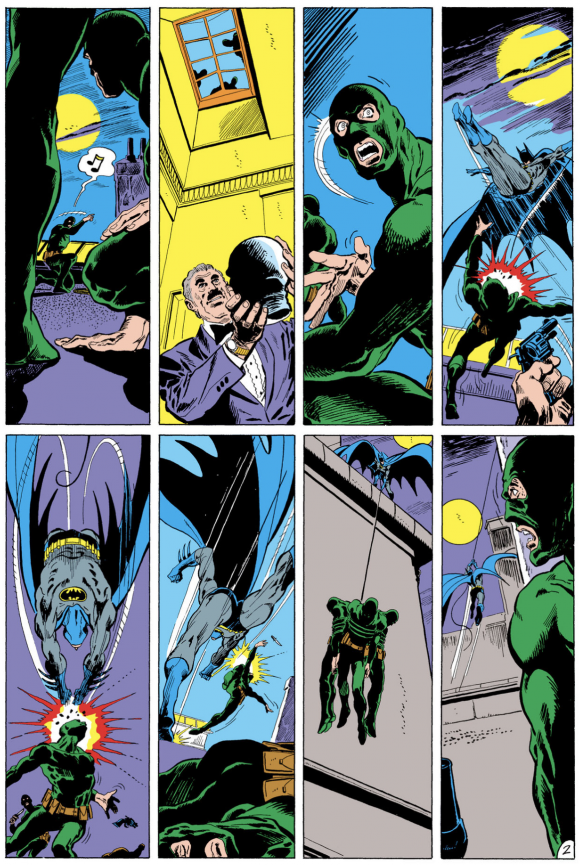 Supergirl #7, DC. There is no way I would have passed on a Supergirl/Zatanna teamup. In fact, I might have to go to eBay right now and see if I can find this. 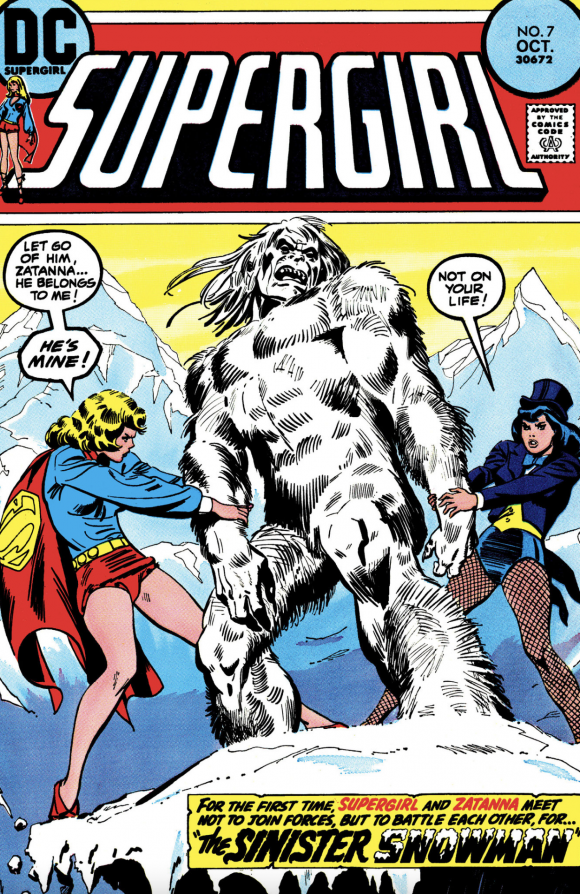 Action Comics #428, DC. Early ‘70s Superman comics were very big on “high concept” covers like this. This one in particular has always intrigued me. 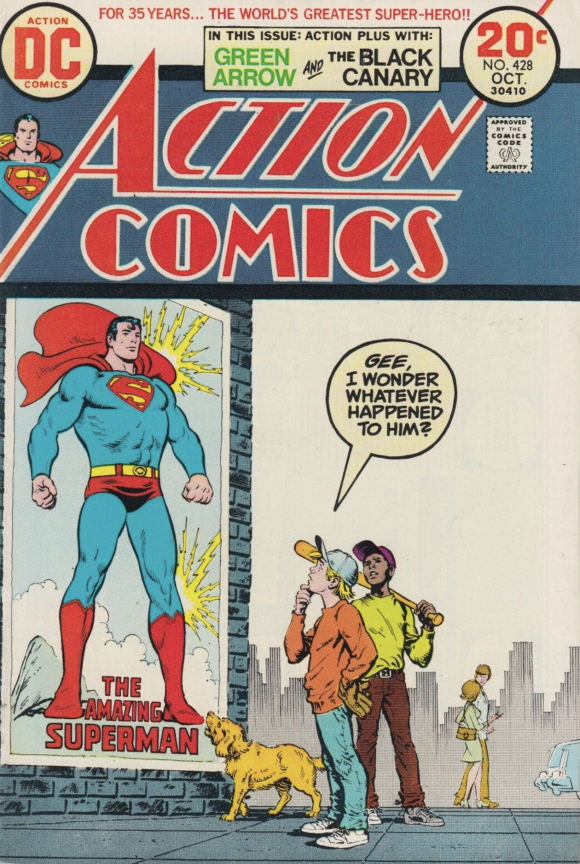