The Genius of JOHN BYRNE in One SUPERMAN Page 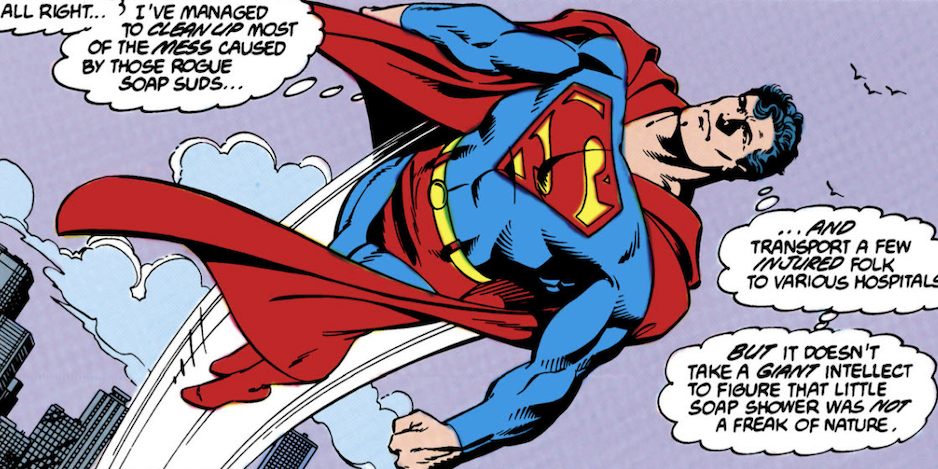 John Byrne was born 71 years ago on July 6, 1950. Normally, I’d put together a 13 COVERS birthday gallery for you but this year I’ve ceded that to historian and 13th Dimension columnist Paul Kupperberg — and you can click here to check that out. It’s worth every minute.

But I still wanted to chime in too, with something very simple — a deceptively brilliant page by Byrne and inker Karl Kesel from 1987’s Superman #16. 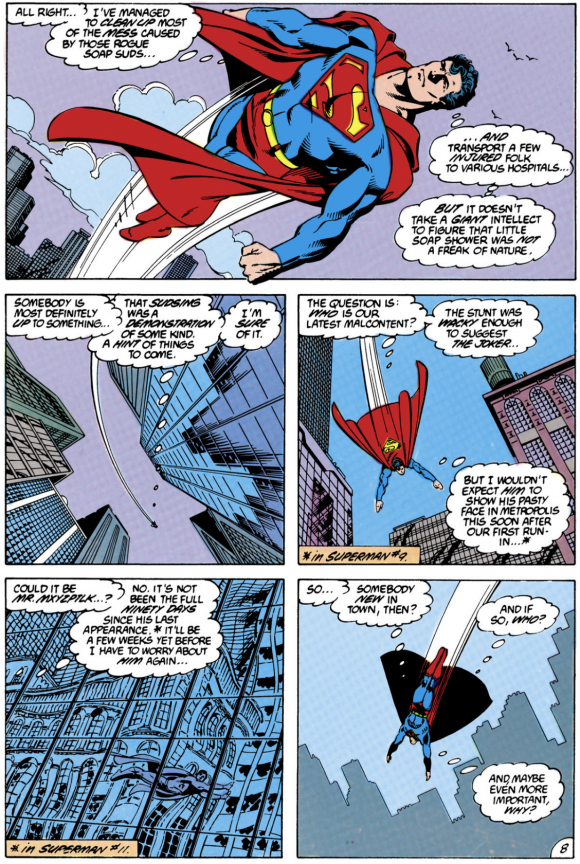 Now what’s so special about this page? Not much — and everything.

You start with a close up of the Man of Steel taking to the air, followed by four separate angles of Superman making his way over and through the canyons of his adopted hometown, ruminating on what may be at play. 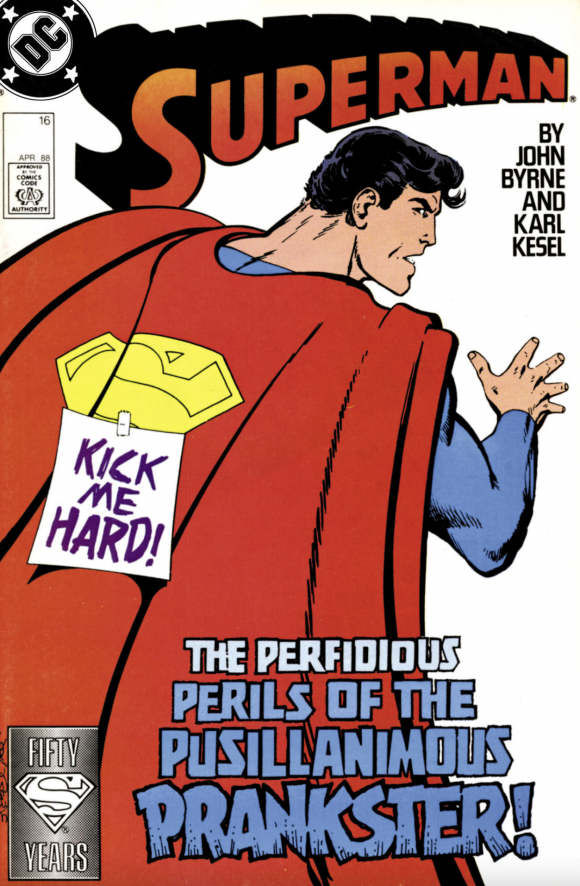 What’s great is that each panel gives you a distinct view of our hero — five distinct flying positions, five distinct points of view — but they all follow together so cleanly that your static page becomes a lesson in comics storytelling: Byrne takes a common tableau and and gives it scope and movement even though very little actually happens on the page. It’s illusory and extremely effective — and I’m particularly taken with panel four, which gives you the distorted reflection of the Man of Steel and the buildings opposite.

It’s not reinventing the wheel — but it’s crafting that wheel with such aplomb that it gives you that excitement you would feel if you actually looked up in the sky and saw not a bird, not a plane, but Superman.

That’s the mark of a master.