This week for RETRO HOT PICKS, Scott Tipton and I are selecting comics that came out the week of April 6, 1981.

(Keep in mind that comics came out on multiple days, so these are technically the comics that went on sale between April 3 and April 9.) 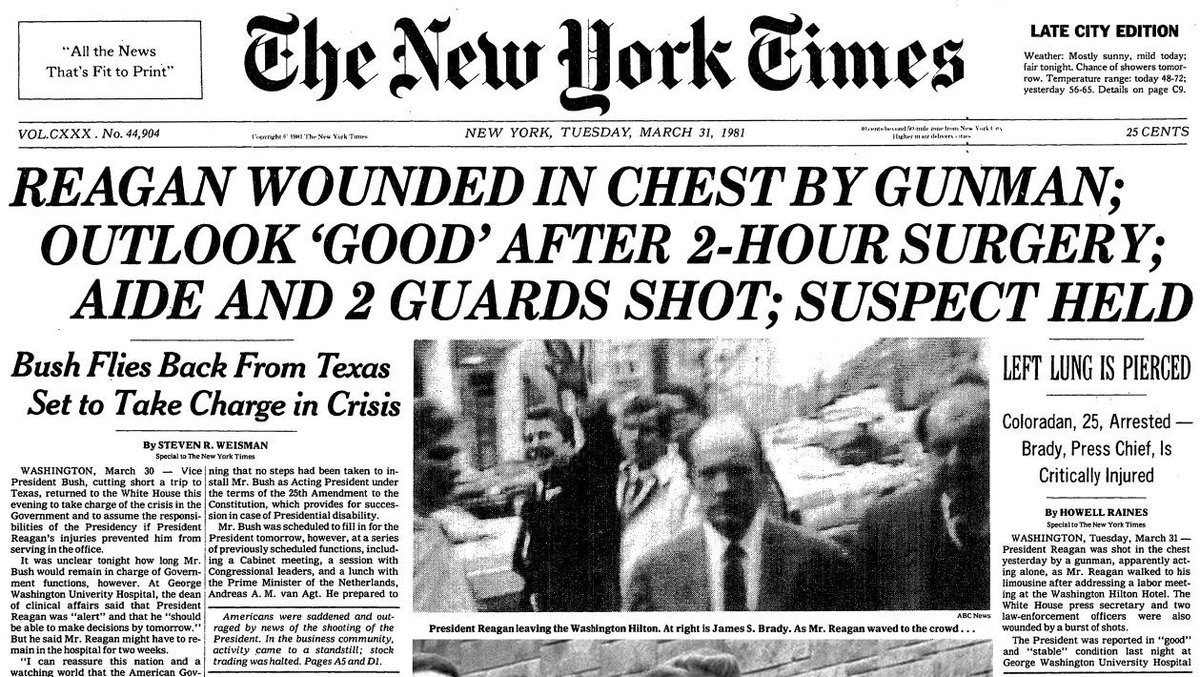 So, let’s set the scene: The nation was still reeling from the March 30 attempt to assassinate President Reagan. The shooter, John Hinckley Jr., was granted conditional release from institutional psychiatric care in 2016; in 2021, a judge ruled that he be given unconditional release in June 2022.

The top movie in the land was a re-release of Star Wars. Yep. Star Wars. The previous No. 1 was the execrable Jerry Lewis vehicle Hardly Working, which Robert Ebert called “one of the worst movies ever to achieve commercial release in this country.” (Sorry, Paul Kupperberg!)

Dallas was the top-rated television show. The earworm Kiss On My List by Hall & Oates topped the Billboard 100. I was (and am) a much bigger fan of the runner-up: Blondie’s Rapture. Styx’s Paradise Theatre led the album charts.

And then you’re in the man from Mars
You go out at night eatin’ cars
You eat Cadillacs, Lincolns too
Mercurys and Subaru

Mea culpa! There’s a first time for everything, folks! Without realizing it, we’ve done this week before — back in 2020. Even though I keep solid records, this one bounced between my legs. The good thing is that even though a number of picks are the same, there are plenty of differences between what we wrote then and what we wrote now. Heck, even the column’s format has changed. So while I’ll make sure this never happens again, I do think you’ll dig this renewed look at a terrific week. Right on. — Dan

Batman #337, DC. This was a changing-of-the-guard issue for the flagship title. Gerry Conway, who scripted from a Roy Thomas plot here, would guide the Caped Crusader’s adventures for the next couple of years in Batman and Detective, co-creating the original Jason Todd, who would become Robin in 1983. This is a pretty good issue, featuring art by Jose Luis Garcia-Lopez and Steve Mitchell. 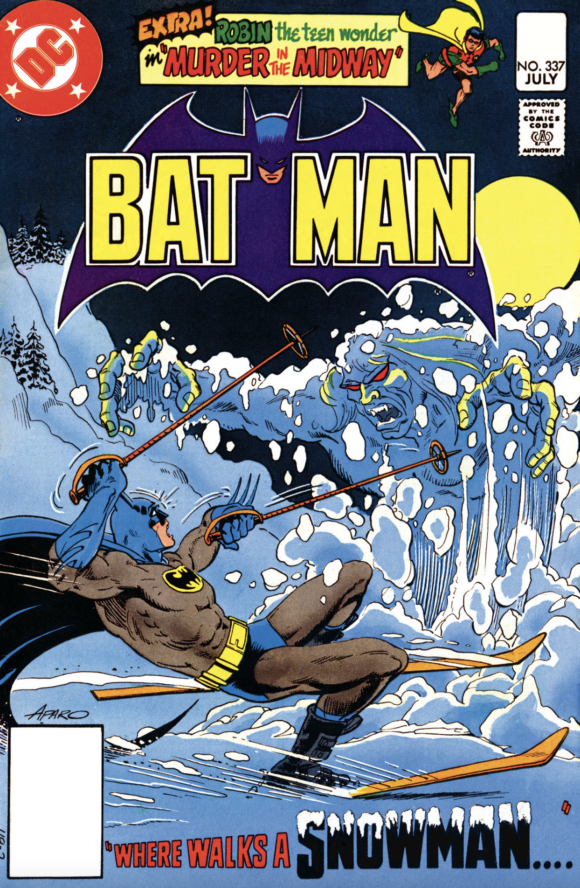 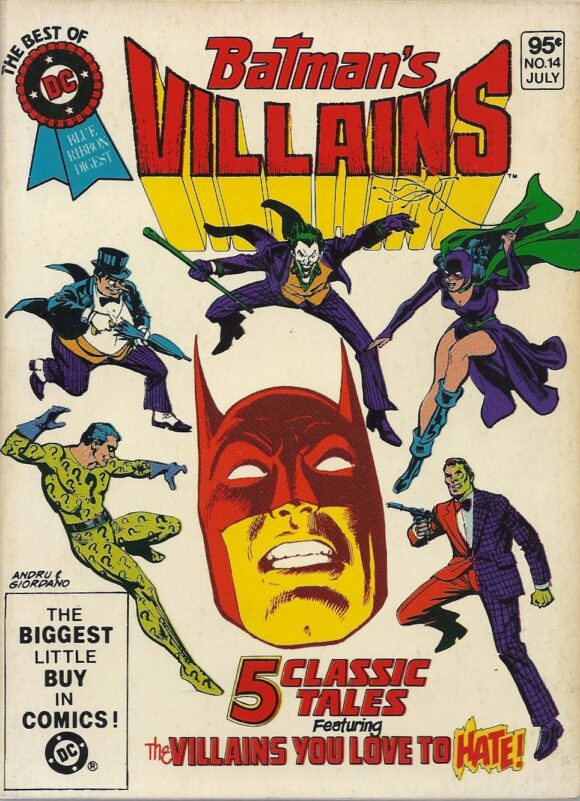 The New Teen Titans #9, DC. Prime NTT with Marv Wolfman, George Perez and Romeo Tanghal. The team faces the menace of Deathstroke, HIVE… and the Puppeteer?! 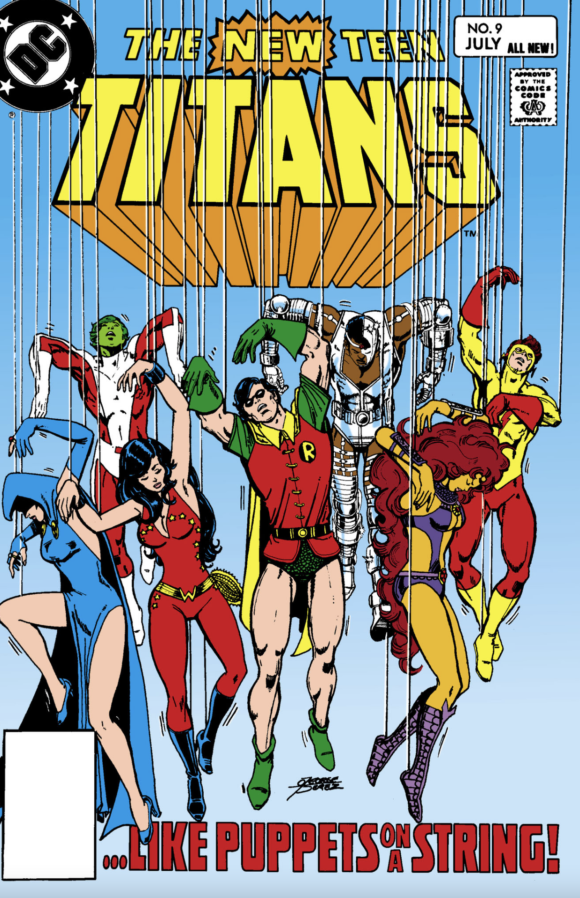 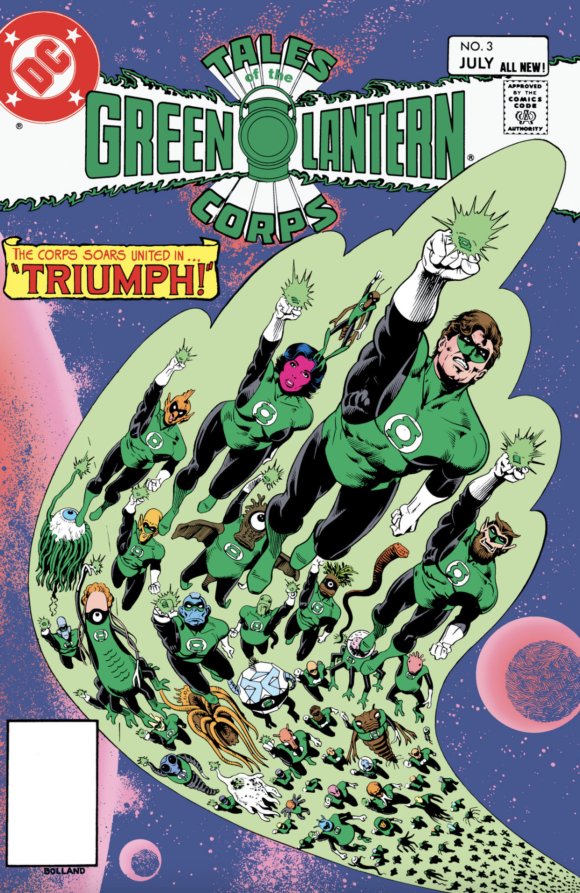 Wonder Woman #281, DC. A rare case where I bought a series just for the back-up: I was a big fan of the Earth-Two Huntress and here she takes on that Earth’s Joker. Groo. Vee. 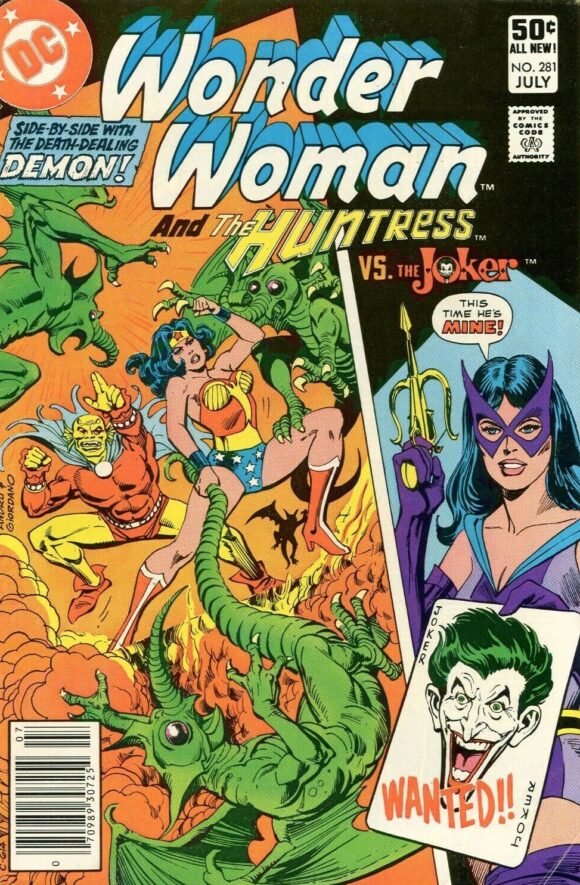 DC Comics Presents #35, DC. My fave DCCP adventures starred members of either the Shazam Family or the Batman Family. Here, Man-Bat and the Man of Steel battle the Atomic Skull. With a Rex the Wonder Dog back-up! 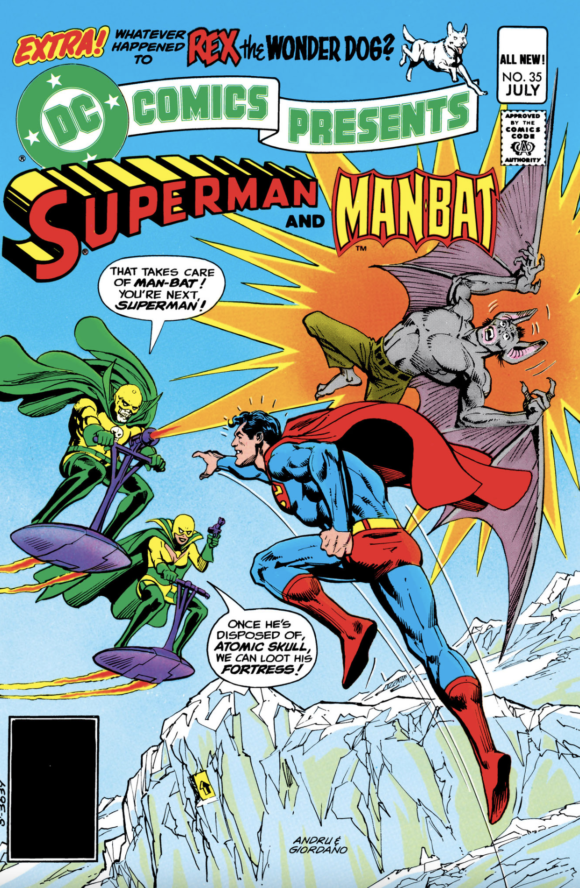 The Micronauts #31, Marvel. My favorite issues of Micronauts were the ones where writer Bill Mantlo would dig deep into the Microverse’s own mythology and continuity, and not spend a lot of time figuring out how to bring in Nightcrawler for a crossover. 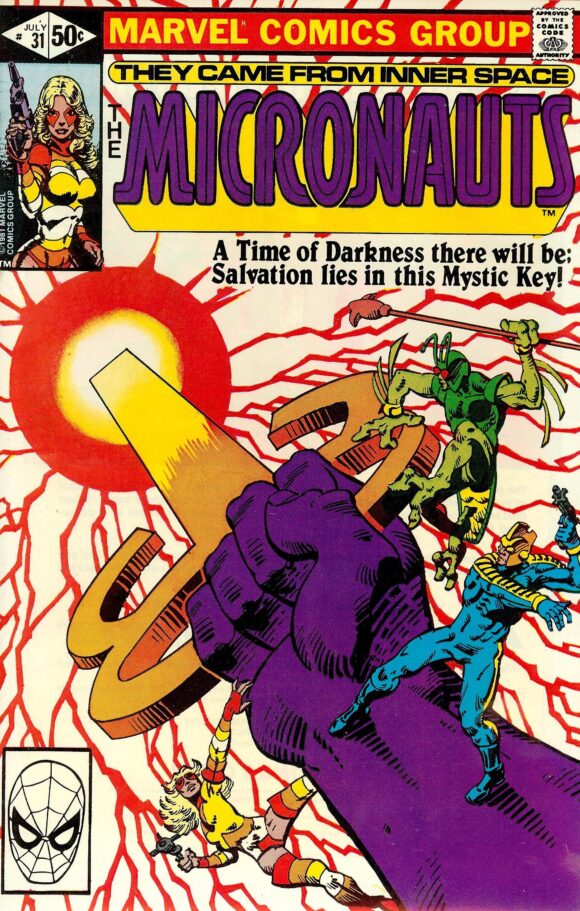 Savage She-Hulk #18, Marvel. So She-Hulk is in “The Grip of the Grappler,” but to my eye, he’s neither gripping her nor grappling her as much as he’s poking her with a stick. Back to square one, fellas. 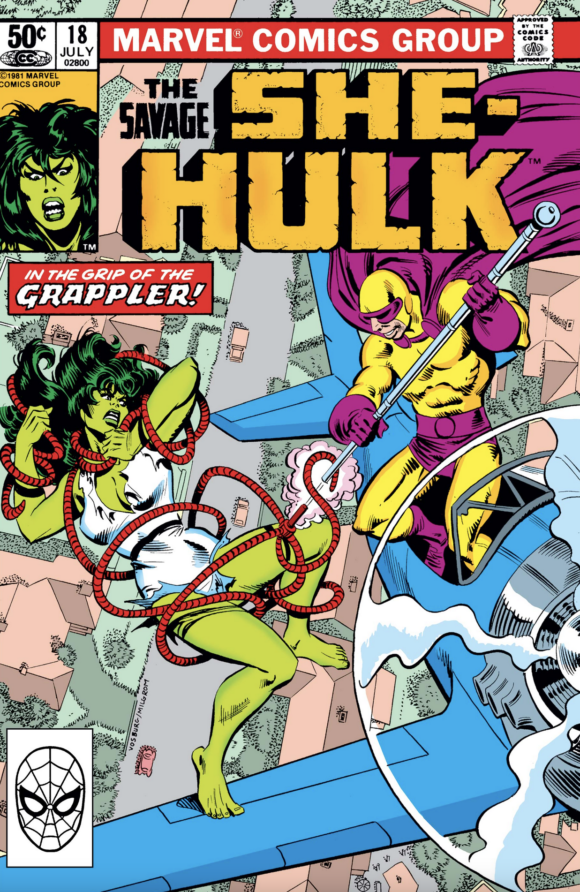 Captain America #259, Marvel. I always liked it when a superhero would fight someone else’s arch-nemesis. Not sure why it had to happen, though. 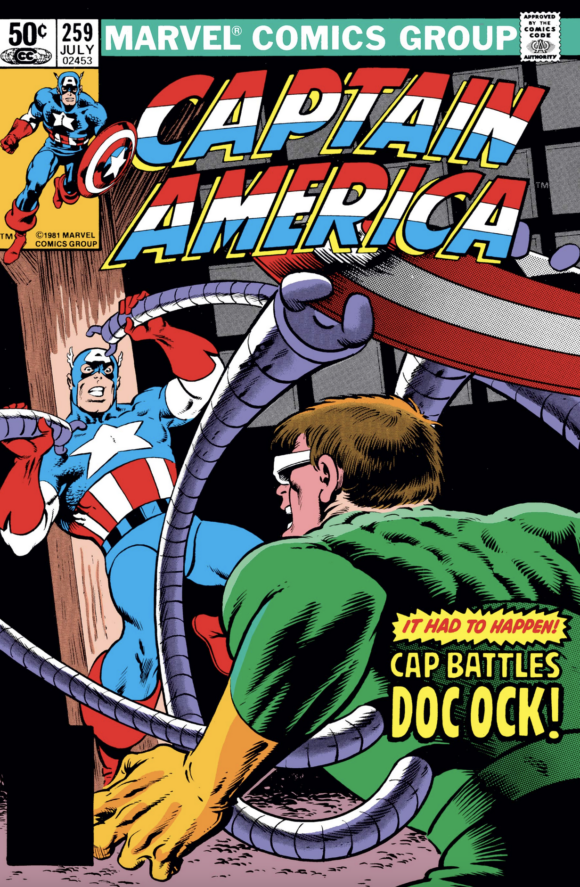 Justice League of America #192, DC Comics. The sweet spot of my JLA reading as a kid, when Gerry Conway and George Perez were at the helm. Great stuff. 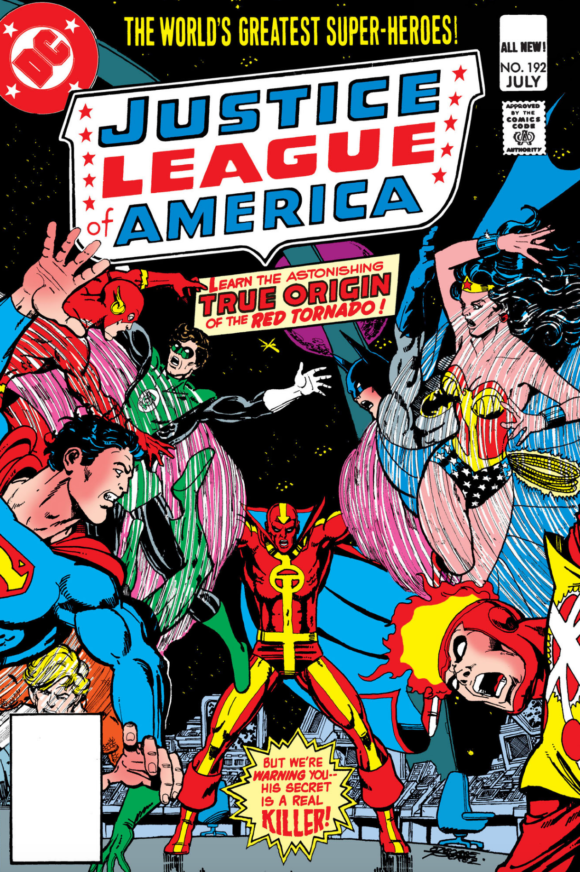