This week for RETRO HOT PICKS, Scott Tipton and I are selecting comics that came out the week of March 23, 1987.

(Keep in mind that comics came out on multiple days, so these are technically the comics that went on sale between March 20 and March 26.)

So, let’s set the scene: Ronald Reagan was in his second presidential term. Boy, how times have changed: The top flick at the box office was Lethal Weapon, starring Mel Gibson and Danny Glover, and the highest-rated TV program was The Cosby Show. (But, hey, down at No. 48 was the ABC Sunday Night Movie — Dr. No.)

Club Nouveau’s reggae-inflected cover of Bill Withers’ classic Lean on Me led the Billboard 100. The Beastie Boys’ stunning debut LP, License to Ill, was at the top of the album charts — the first rap album to hit No. 1.

Detective Comics #575, DC. The four-part Batman: Year Two kicks off here, though it wasn’t originally intended to be billed that way. I’ve never been a huge fan of the story in part because of the radical shift in tone when up-and-comer Todd McFarlane replaced Alan Davis as artist after Part 1. Their styles are so different, it’s really jarring. The story also doesn’t really track well with Batman: Year One, so it all feels a bit shoe-horned. That said, it did help inspire Batman: Mask of the Phantasm, which is a superior version of the story, so there’s that. 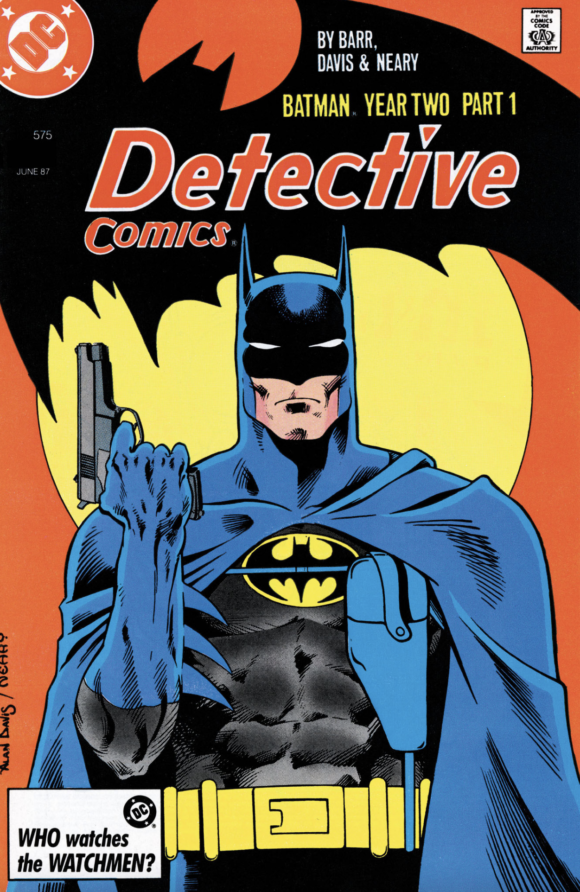 Scott adds: Coming right on the heels of Miller and Mazzucchelli’s masterful Batman: Year One, this storyline couldn’t help but suffer by comparison, which is a shame. It’s a strong story with great art by first Alan Davis and later Todd McFarlane. This had a big influence on Batman: Mask of the Phantasm, as well.

Action Comics #589, DC. Turning Action into a team-up book post-Man of Steel was a smart play at the time. It kept the concept of DC Comics Presents going and also gave readers a regular chance to see John Byrne tackle a much broader array of DC stars. Unfortunately, ongoing team-up books don’t have much of a shelf life in the Modern Age. 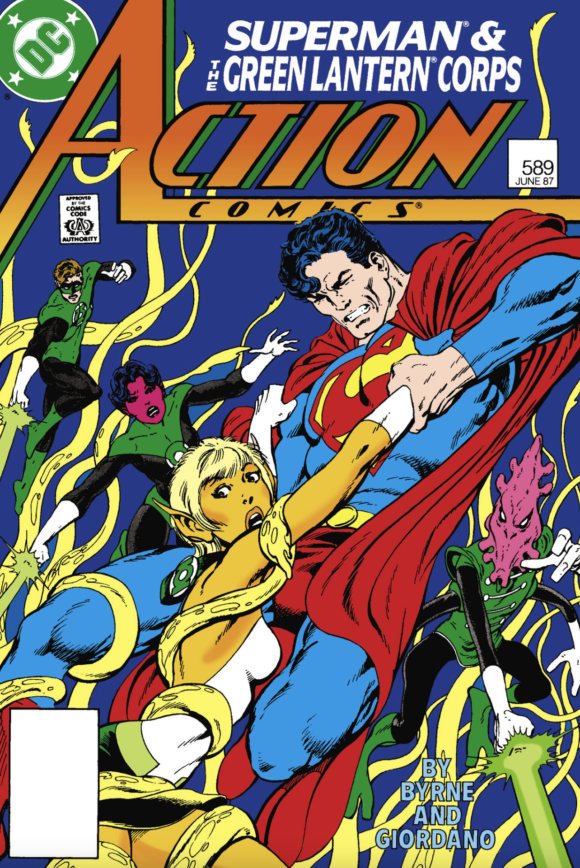 Teen Titans Spotlight #11, DC. I was such a Titans fanatic that I would read anything the team appeared in. And I loved concept of Teen Titans Spotlight, which gave those characters a solo stage. But, as anthology books often are, it was a mixed bag in the execution and it couldn’t sustain itself. Nice idea, though. 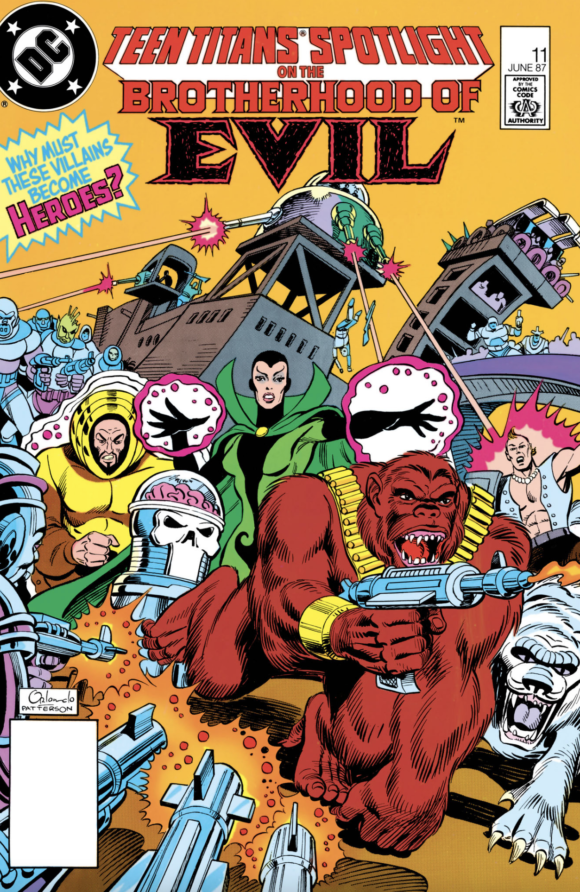 Airboy #18, Eclipse. I was a huge fan of Eclipse’s Airboy revival, which introduced me to all of Hillman Comics’ WWII-era Air Fighters characters, re-evaluated through a Reagan-era lens. It’s great stuff that still reads well today. 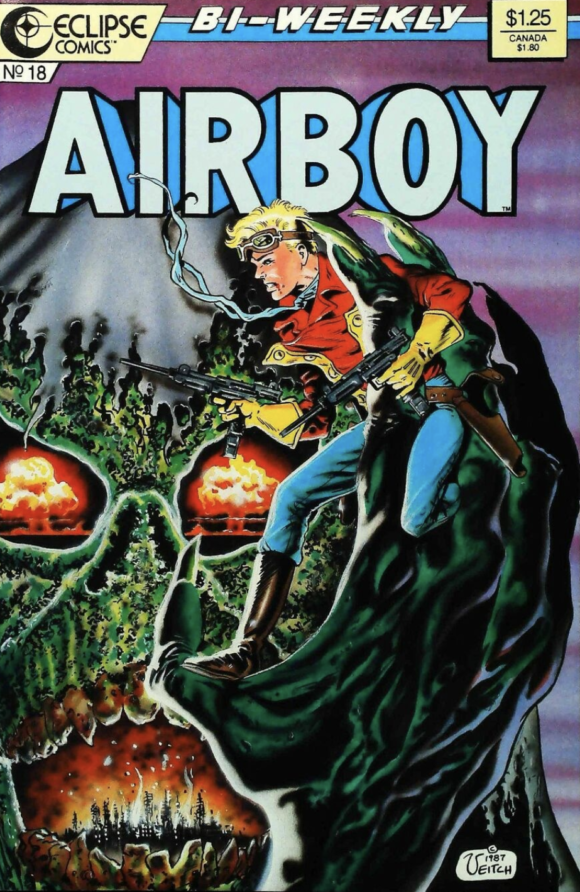 West Coast Avengers #22, Marvel. I was way, way, involved in this long-running WCA storyline, I remember. Even Wonder Man’s terrible costume couldn’t ruin it for me. I think I might have a letter in the letter column this issue. 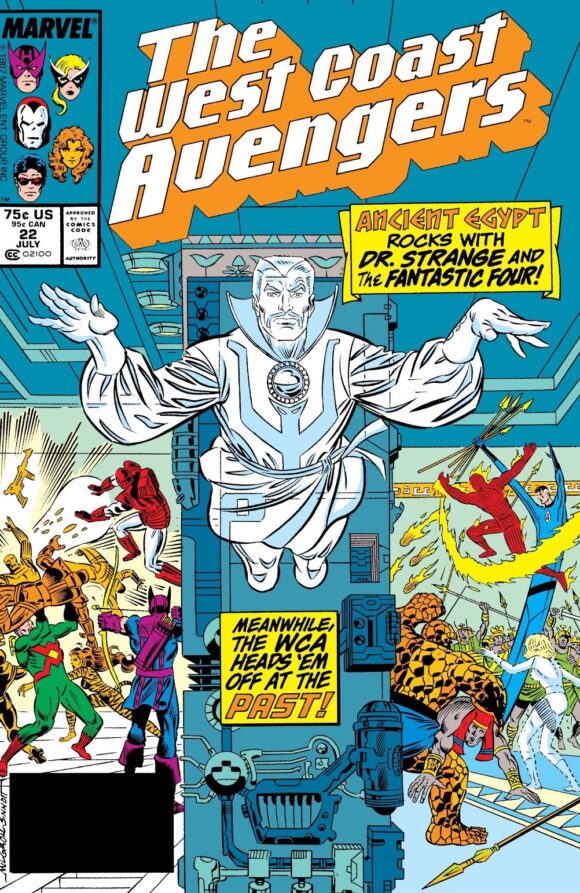 X-Men vs. the Avengers #4, Marvel. This was a great miniseries that’s been all but forgotten nowadays. Some of Tom DeFalco’s best writing and solid art from Keith Pollard. 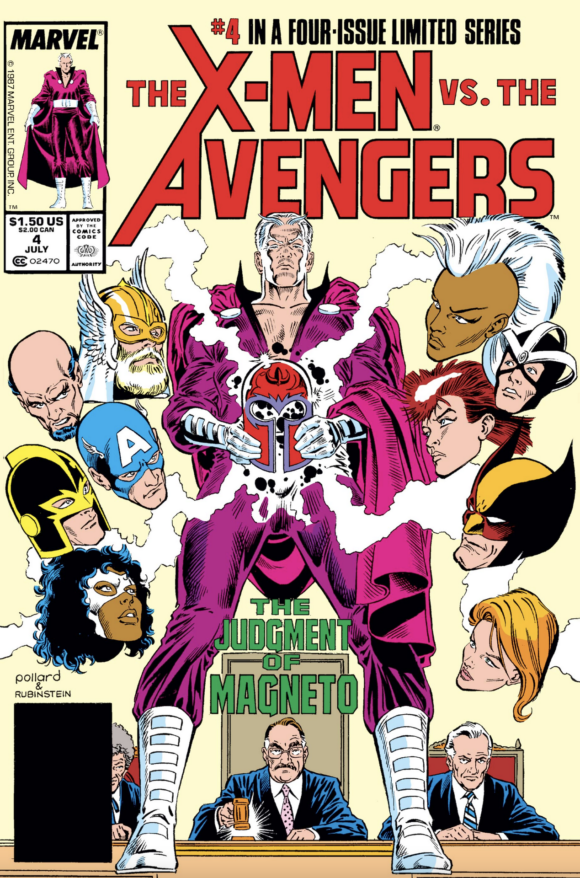