Scott and Dan hit up the comics racks from 54 years ago!

This week for RETRO HOT PICKS, Scott Tipton and I are selecting comics that came out the week of March 30, 1968.

(Keep in mind that comics came out on multiple days, so these are technically the comics that went on sale between March 27 and April 2.) 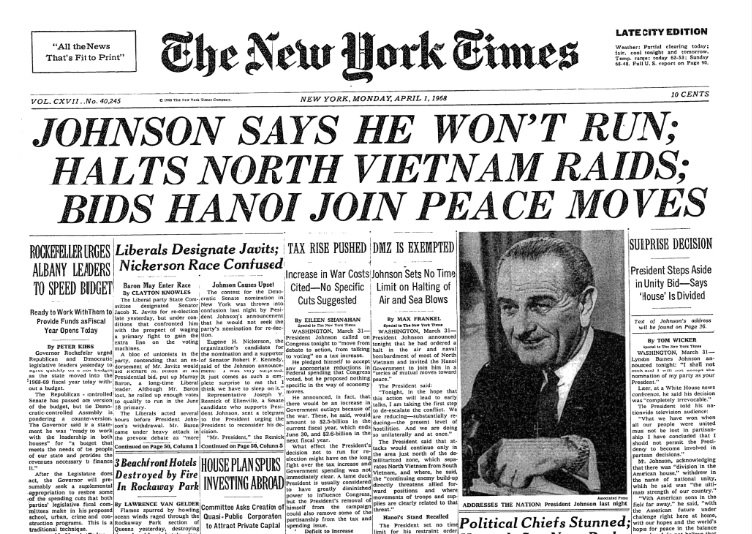 So, let’s set the scene: In one of the 20th century’s most powerful moments, a besieged President Lyndon Johnson announced March 31 that he would not seek re-election, nor accept the Democratic nomination if offered. This opened up the Democratic field and helped set the stage for one of the nation’s most tumultuous political summers.

What an incredible week for movies: One of the absolutely greatest films ever made, Stanley Kubrick’s 2001: A Space Odyssey, premiered in Washington. Meanwhile, the top-grossing film at the box office was The Graduate, one of the defining films of the decade. 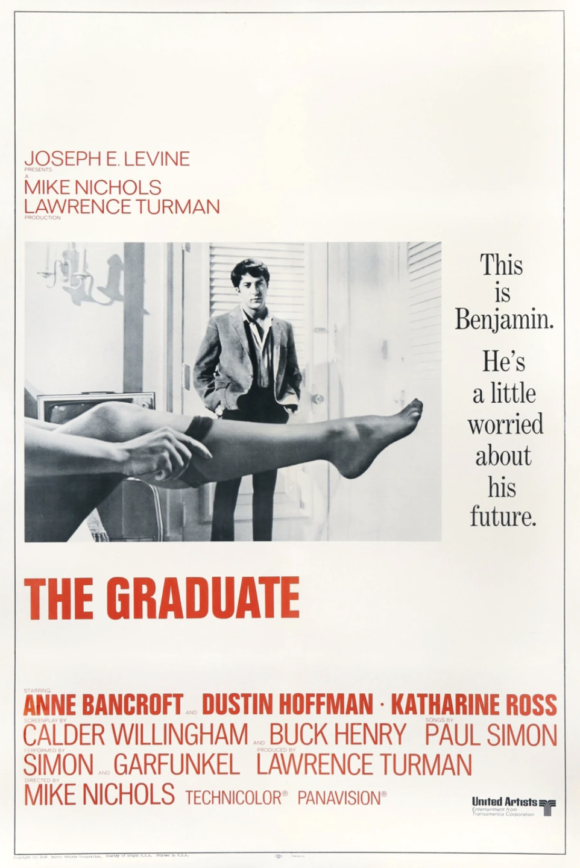 Exact Nielsen ratings aren’t easy to come by for this week but the top shows of the ’67-’68 season were The Andy Griffith Show, The Lucy Show and Gomer Pyle, U.S.M.C. Well, gollllleee!

Yet another all-time great: Otis Redding’s (Sittin’ On) The Dock of the Bay, released shortly after the singer was killed in a plane crash, topped the Billboard 100. (It was the first time a posthumous single hit No. 1 in the US.) I have never once grown tired of hearing this beautiful, wistful song.

The best-selling album, on the other hand, is one you may not be familiar with but was very much of its time: Blooming Hits, by Paul Mauriat and His Orchestra, which, among other compositions, included instrumental versions of songs like the Beatles’ Penny Lane. The best-known song on the disc is Love Is Blue, which you have almost certainly heard, even if you don’t know it by name:

Detective Comics #375, DC. A memorable cover (by Irv Novick) with a completely unmemorable story inside. What’s interesting is that Batman and Robin were still using the TV-inspired Batmobile the same month the show ended. Actually, they used this version until Robin left for college at the end of the decade. DC was moving aggressively away from the camp days but George Barris’ design certainly had staying power. 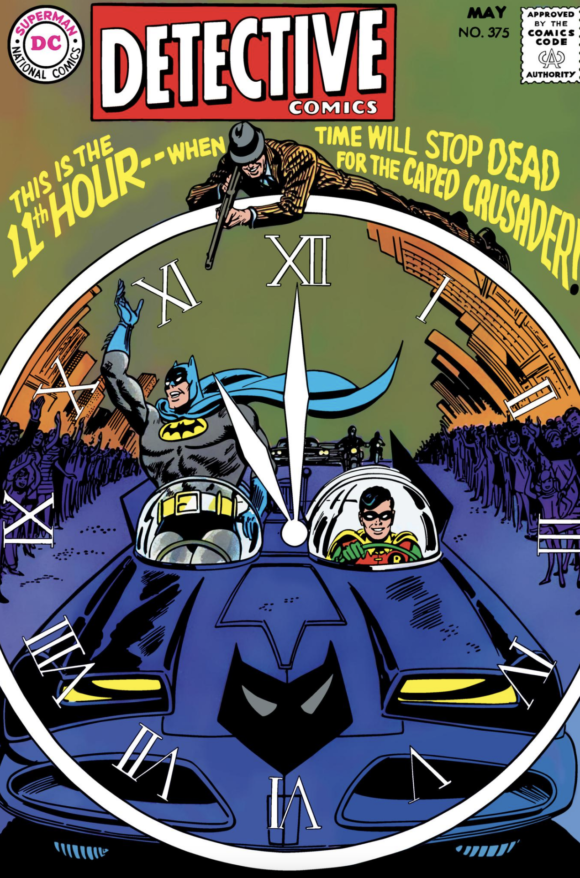 Scott adds: That’s a great cover design. I especially love the late-’60s Batmobile with Robin behind the wheel, a fairly rare sight for a cover.

Strange Adventures #212, DC. Neal Adams’ Deadman work is among his finest. Here, Boston Brand continues his pursuit of the Hook. (His raison d’etre in those days.) Oh, and you can click here to check out what Adams had to say about this cover. 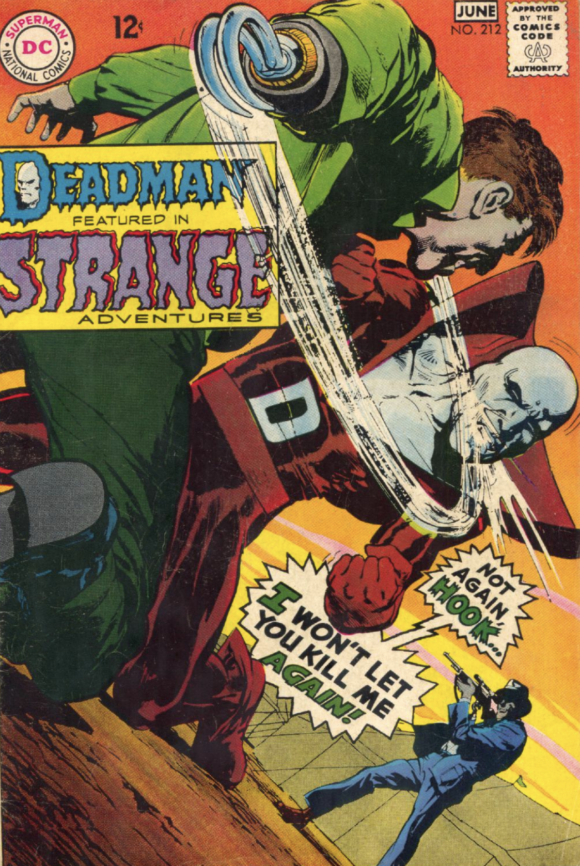 Star Trek #2, Gold Key. I don’t care if the stories inside were often off-model. The photo covers — and so many of the illustrated covers — were far out. 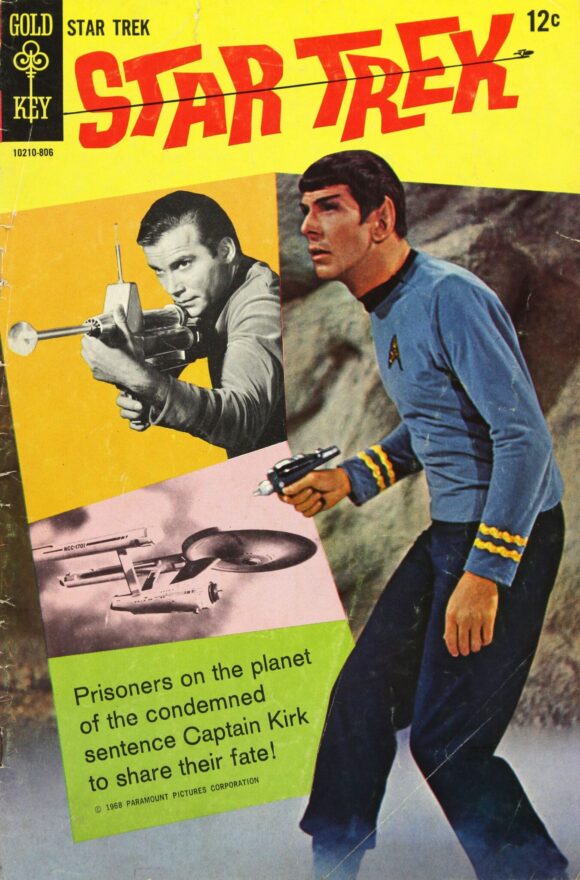 Josie #34, Archie. One of the most famous covers to come out of the Archie camp in all of the ’60s. Still grooves today, thanks to the great Dan DeCarlo. 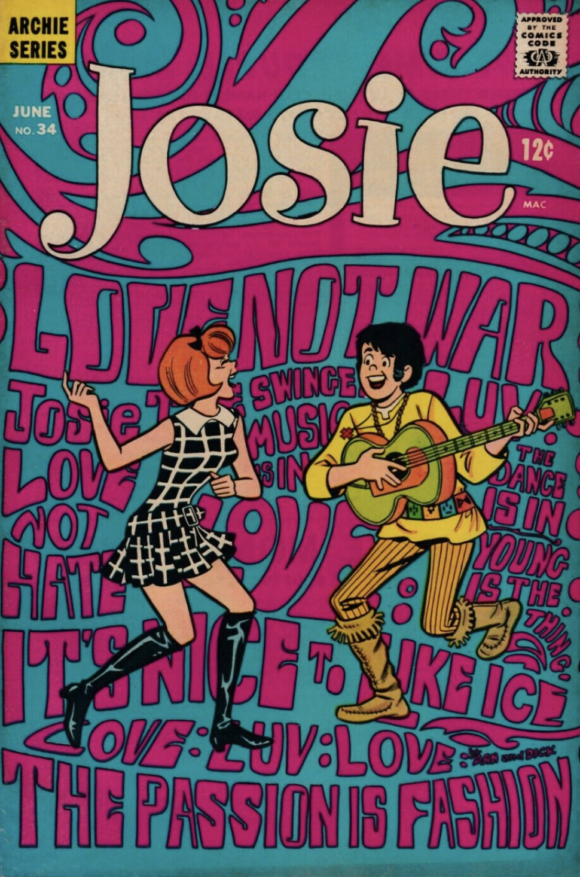 Thor #153, Marvel. The Thunder God by Lee, Kirby and Colletta. Thor, as Dr. Don Blake, has to operate on Sif to save her life! As usual, it’s all Loki’s fault. 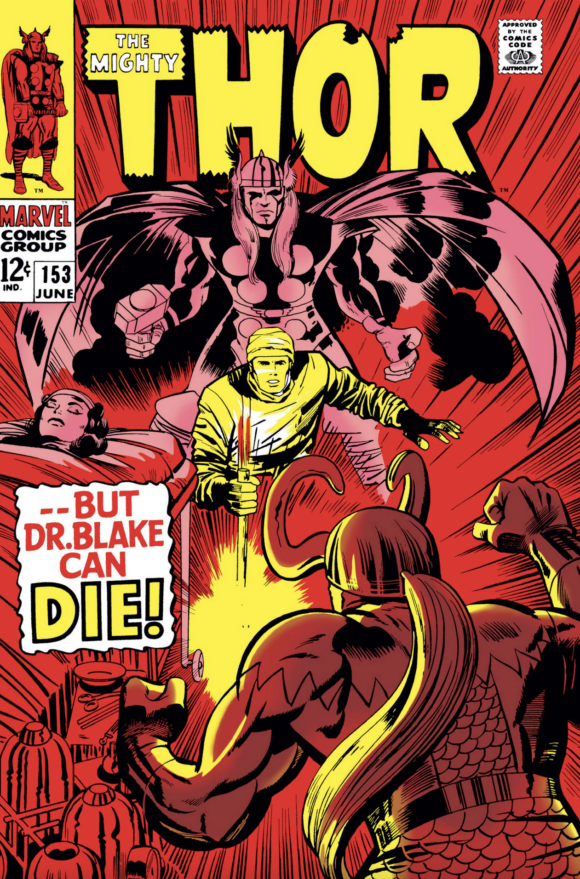 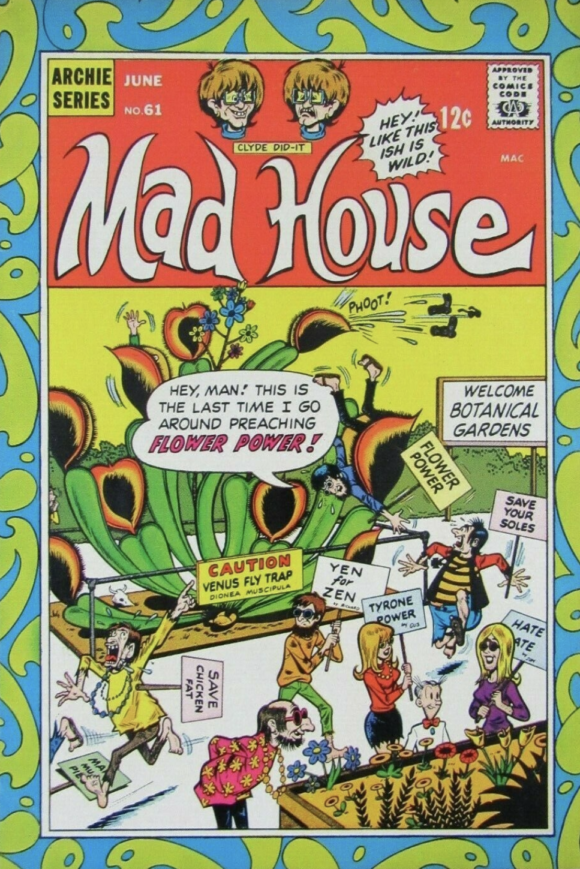 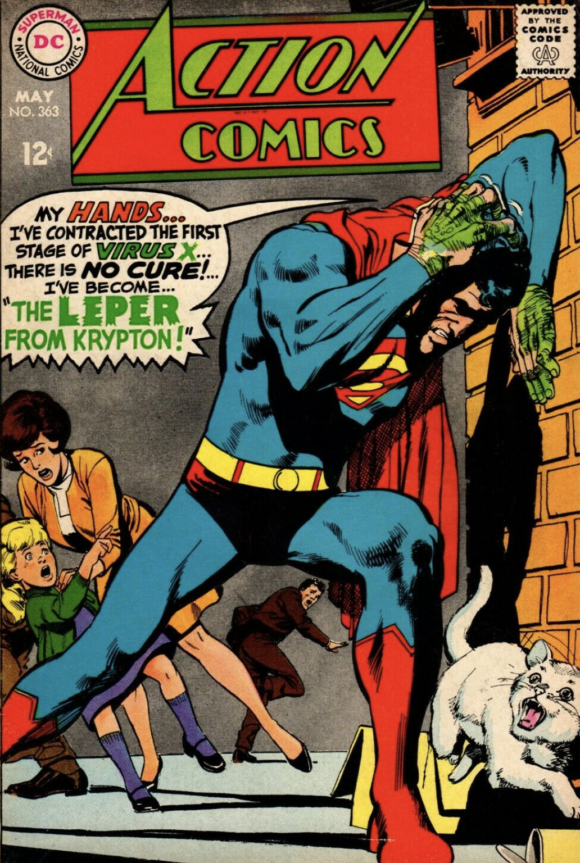 Captain America #103, Marvel. I was never a fan of the Red Skull in his Hugh Hefner bathrobe-and-ascot phase. 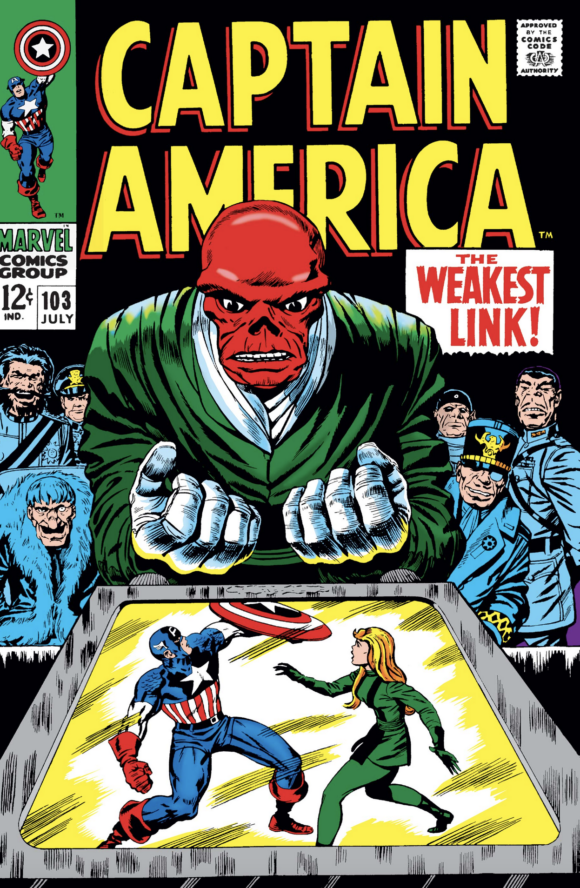 More Lee and Kirby! (Inked by Syd Shores. Same team inside too.)

The Atom #37, DC Comics. When you think about the hazards of being the Atom, I have to admit, I never realized that “birds” would probably be at the top of the list. 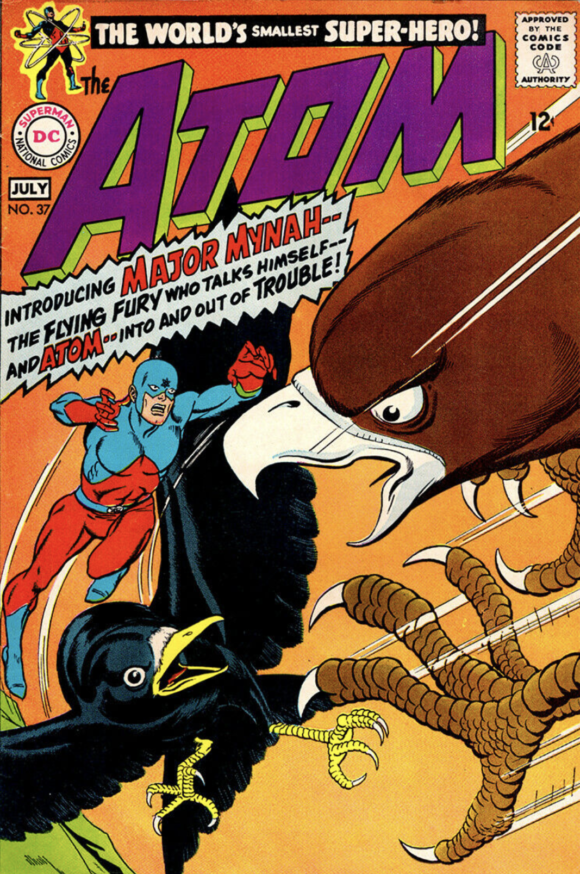 Dan adds: You know what I love? DC’s Silver Age comics starring heroes like Aquaman, the Atom, the Flash, Green Lantern and Hawkman. Major Mynah, it should be noted, became the Atom’s mode of transport for a spell, with an assist from Hawkman. And the bird’s background involves the Vietnam War! Seriously.