Scott and Dan — with special guest Chris Ryall — hit up the comics racks from 42 years ago!

This week on RETRO HOT PICKS, our guest is Chris Ryall, the former president/publisher and chief creative officer of IDW. 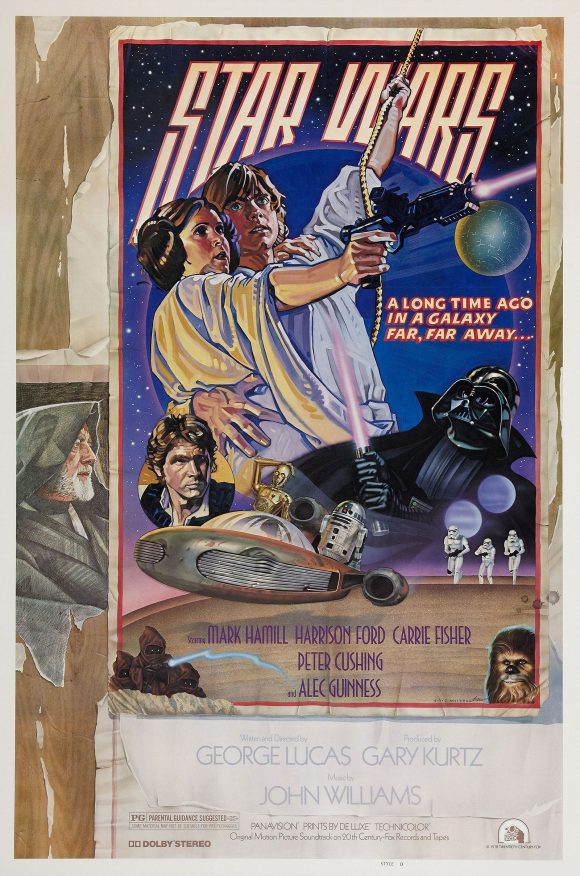 So let’s set the scene: Jimmy Carter was president. Star Wars was re-released in theaters and did boffo box office, becoming the first movie to earn $10 million in a weekend, according to Forbes. Summer reruns of One Day at a Time proved popular in the Nielsens. Andy Gibb’s disco-riffic Shadow Dancing was a Billboard juggernaut. (It ended up #1 for the year.) Meanwhile, one of the greatest LPs of all time — the Rolling Stone’s Some Girls — topped the album chart.

Marvel Team-Up #74, Marvel. When I was new to comics, my older brother controlled what I bought and what was “his.” Likewise, my parents controlled my bedtime. So when Marvel Team-Up, which was “his” title and therefore off-limits to me, featured personalities from Saturday Night Live, which he was allowed to stay up to watch and I wasn’t, this issue became irresistible to me. No fruit tastes better than the forbidden kind, and this issue offered up all kinds of that. 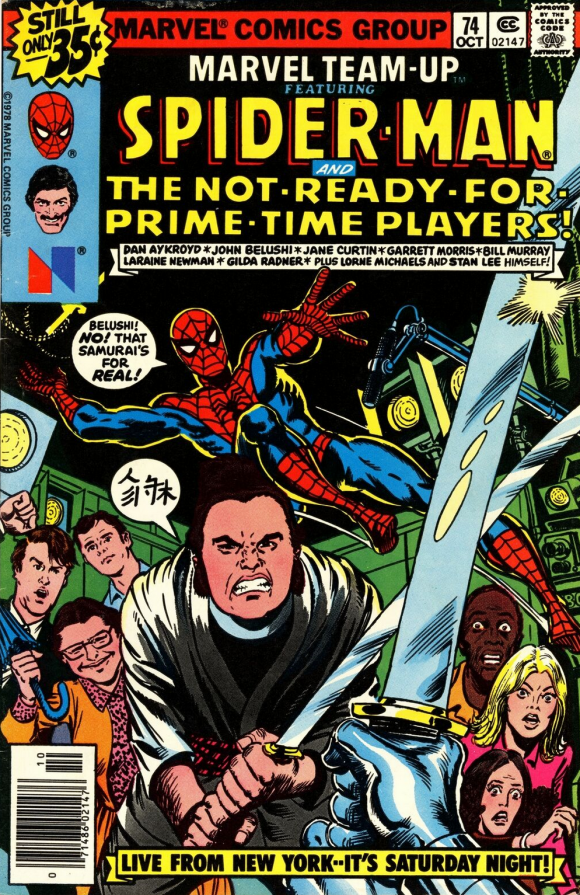 Dan adds: My favorite Marvel hero and the greatest period of SNL. Why don’t I own this? I’ve seen it. But I don’t own it. I think I’ll fix that.

Scott adds: This issue fascinated me when I was little, but it also confused me, as I was rarely up late enough as a kid to watch Saturday Night Live. Re-discovering it years later and understanding all the jokes was a real treat.

The Avengers #176, Marvel. I started reading The Avengers when George Perez started drawing the book. And George had tackled the first few chapters of this storyline, the epic “Korvac Saga,” which made me love it all the more. George left the book by the time this next-to-last issue of the storyline was released but it didn’t matter: I was beyond hooked to dig into this next chapter, seeing no way the Avengers could possibly resolve this one without great personal cost (as we’d see one month from now). 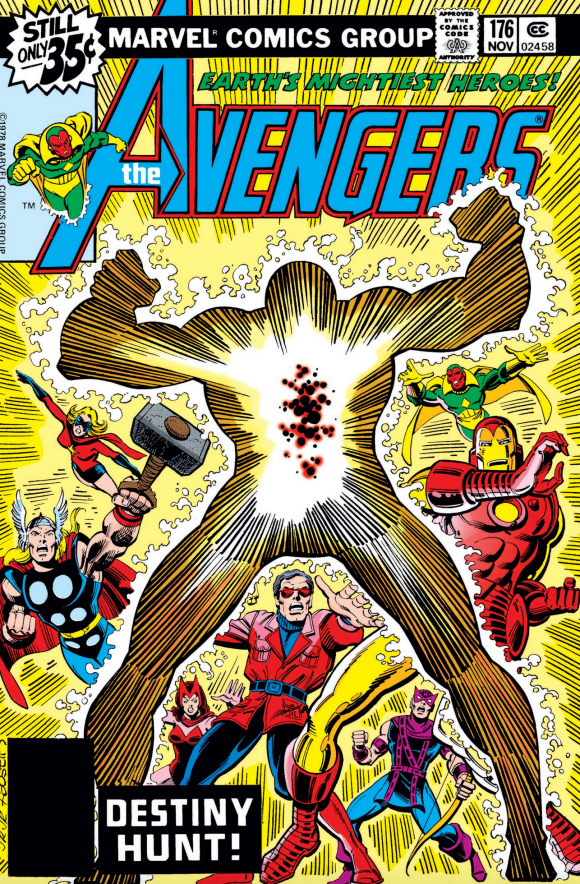 What If? #11, Marvel. I was all in on What If? and it was always an added bonus to see the FF take center stage. Especially one not only written and drawn by the series’ co-creator Jack Kirby but also co-starring Jack, alongside Stan Lee, and Bullpen members Sol Brodsky and Flo Steinberg as the Fantastic Four. So no matter how odd the issue itself — and it was plenty strange — the cover was all the enticement I needed. 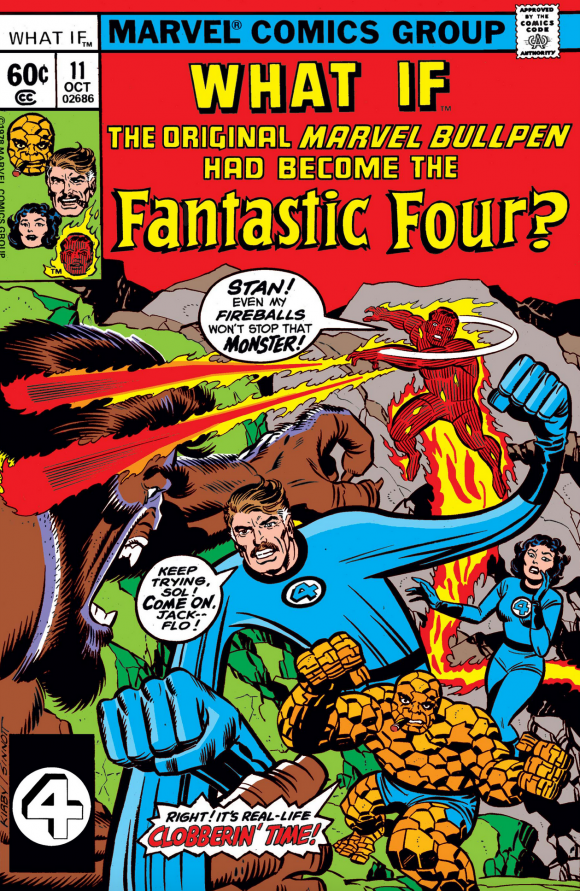 Fantastic Four #199, Marvel: The FF was my first comic, and first love. And it was exciting as can be to be headed toward the landmark 200th issue. This was also a monumental storyline’s penultimate chapter: Already, I’d seen the FF reunite and Reed get his powers back, and met Doctor Doom’s “son” in the issues leading up to this one. And the cover, by the excellent series art team of Keith Pollard and Joe Sinnott, with Doom’s son now super-powered, had me fit to bursting. 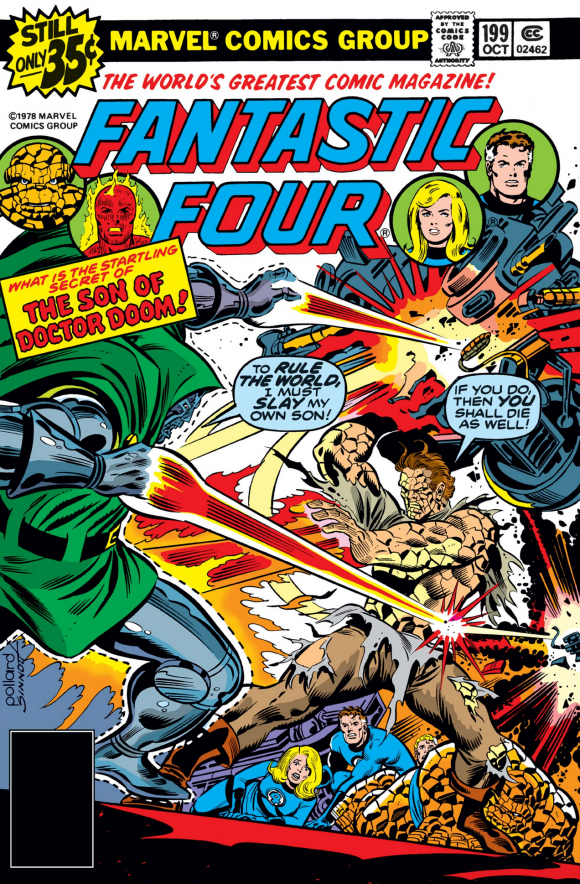 Superboy and the Legion of Super-Heroes #244, DC Comics. This issue was my introduction to the Legion of Superheroes when I was a kid, and I loved it. So many characters I’d never heard of – the idea of a superhero team this big just blew my mind. 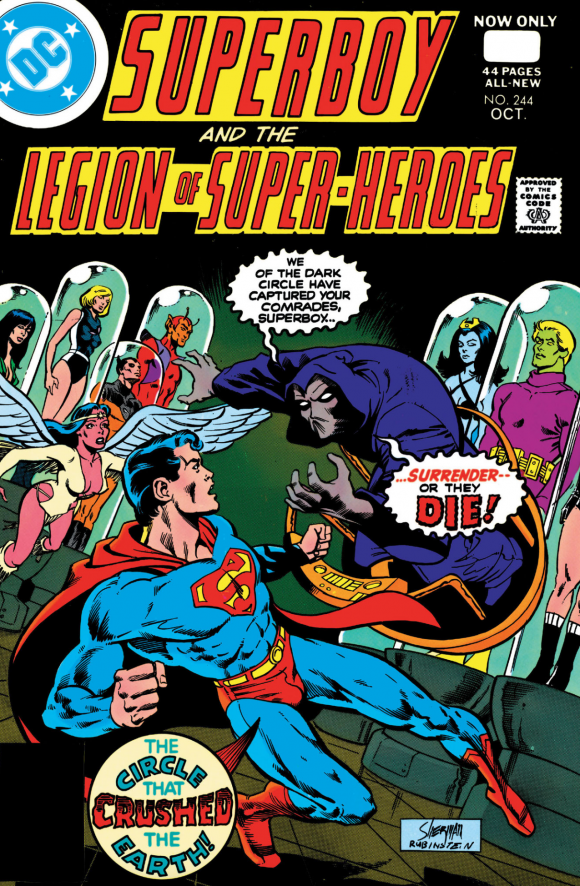 Firestorm #5, DC Comics. When Firestorm first appeared, I really liked him, but he always felt like DC Comics trying to do a Marvel character. Especially the costume. (Hey, you’re not wrong, Scott. Check out this story behind Ol’ Matchhead’s Marvel roots.) 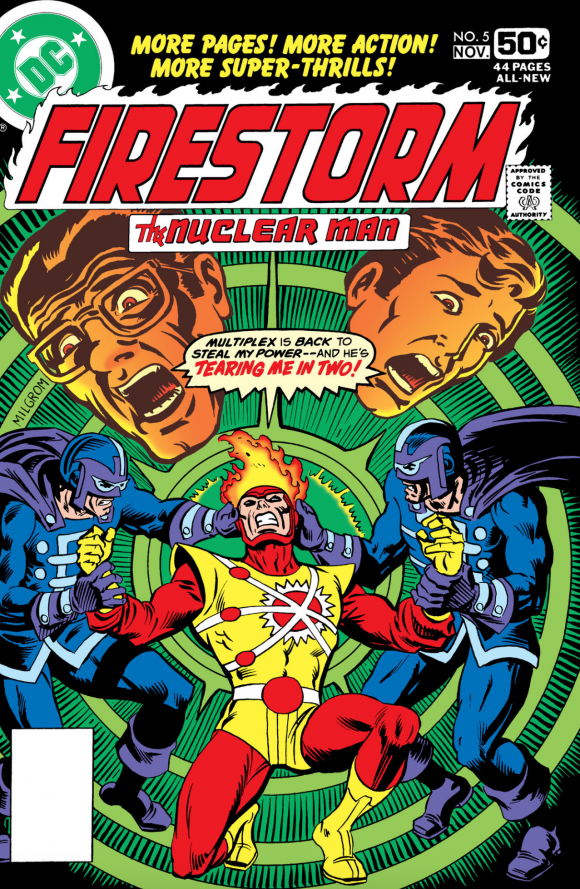 Star Wars #16, Marvel. Believe me when I say that I only bought this because Jaxxon was on the cover. And if you don’t know who Jaxxon is, shame on you. 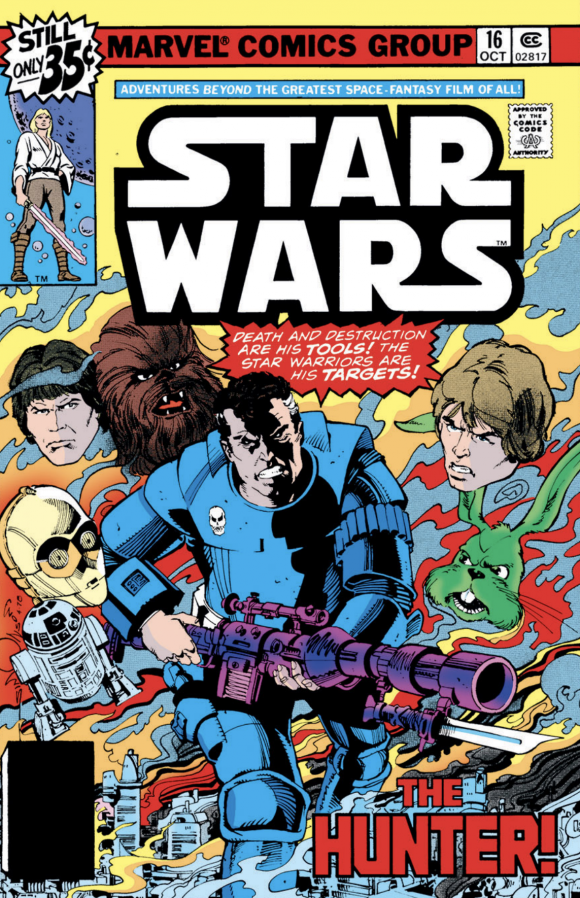 World’s Finest #253, DC. OK, in 1978 I was pretty much all DC, all the time. And the book almost had to have Batman in it for me to care. So this particular week, I would have picked up WF because that’s all there was Bat-wise. Thing is, I’ve never been a huge fan of World’s Finest — or most Batman/Superman team-ups for that matter — so this is strictly a consolation prize. That’s some ringing endorsement, isn’t it? That said, you did get Don Newton on Shazam! and Steve Ditko on the Creeper. 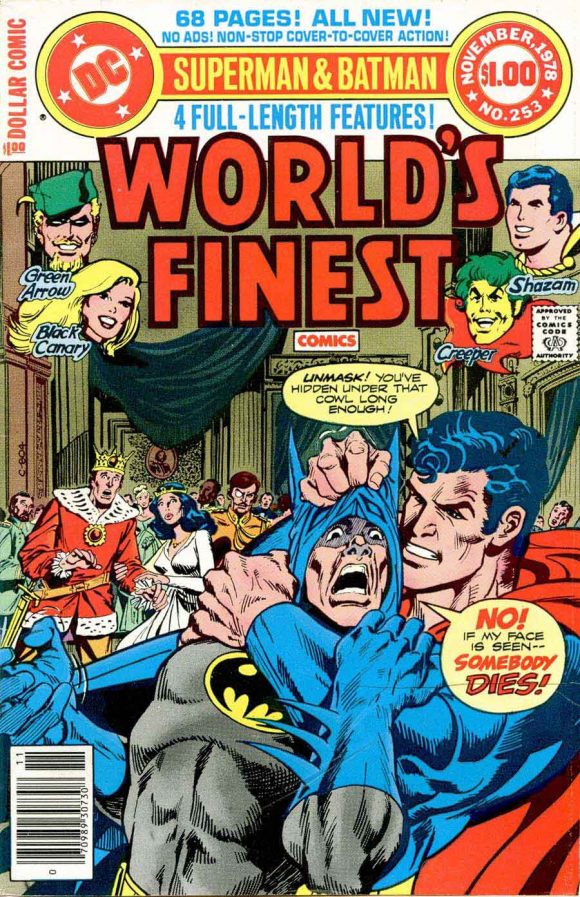 Master of Kung Fu #69, Marvel. On the other hand, I’ve since developed something of a fascination for Shang-Chi and this was prime Doug Moench-Mike Zeck material. 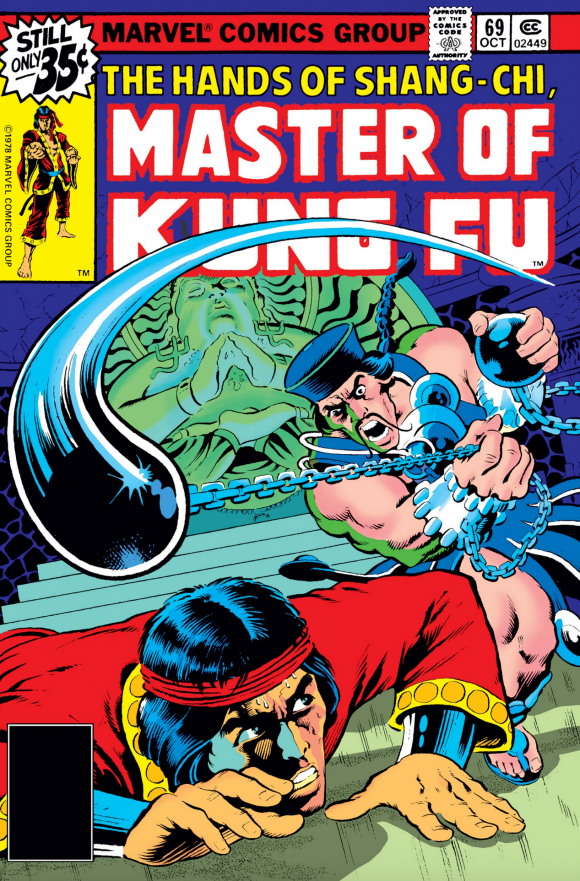