This week for RETRO HOT PICKS, Scott Tipton and I are selecting comics that came out the week of July 20, 1971.

(Keep in mind that comics came out on multiple days, so these are technically the comics that went on sale between July 17 and July 23.)

So, let’s set the scene: The world was shifting on its axis. The notoriously anti-Communist President Richard Nixon just the week before announced that he would visit the People’s Republic of China. The extraordinary diplomatic move would give rise to the notion of a “Nixon to China” moment — perhaps best exemplified in pop culture in this scene from 1991’s Star Trek VI: The Undiscovered Country:

Summer of ’42 was tops at the box office. But the public is fickle: The film would be supplanted the following week by Willard. It was rerun season but the top shows at the time were Marcus Welby, M.D., The Flip Wilson Show and Here’s Lucy. 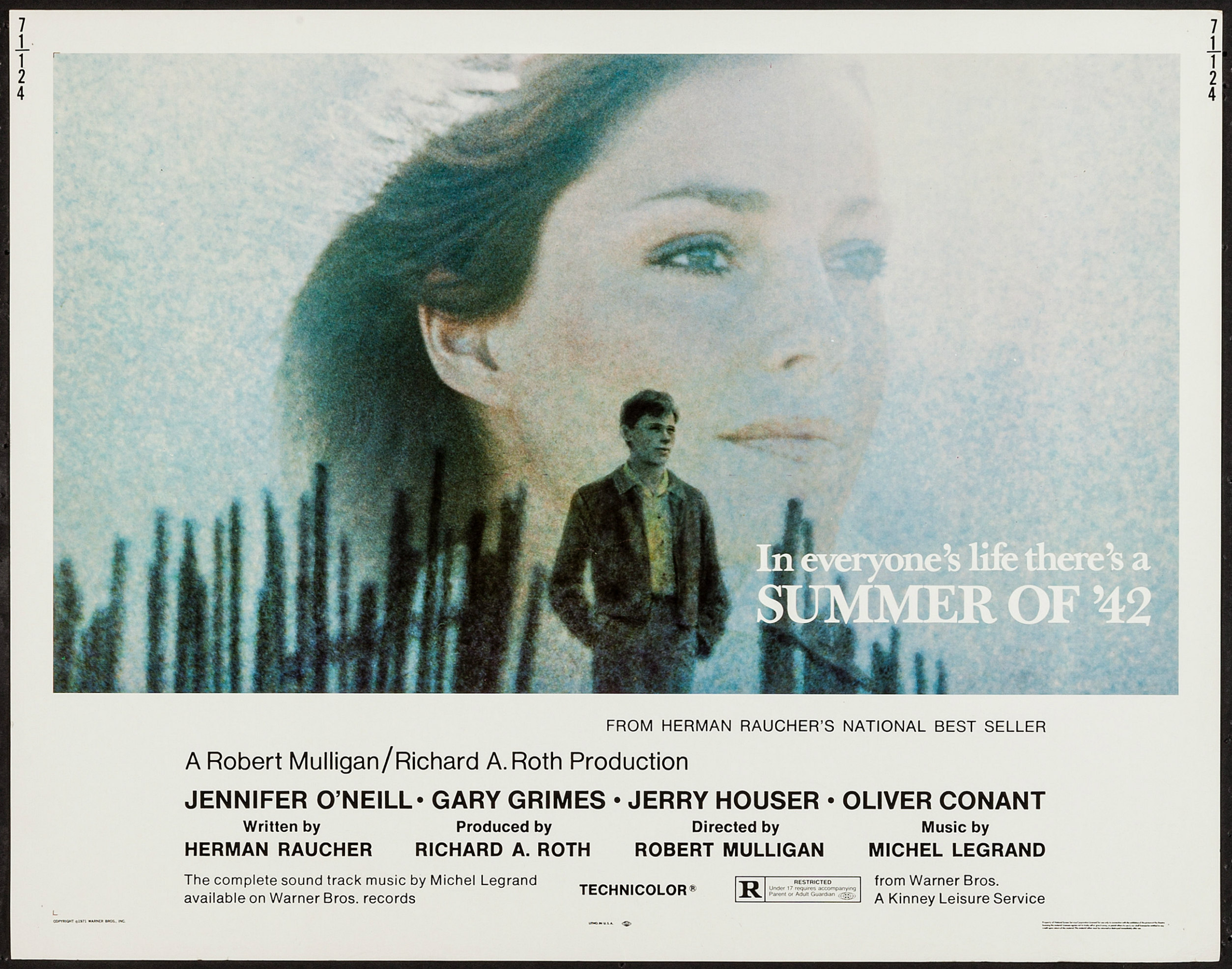 The Raiders’ Indian Reservation was the No. 1 hit on the Billboard 100. It has an interesting background, to say the least.

All the action, however, was on the album charts, which were jammed with some of the best-known, most highly regarded LPs in the history of popular music. Here’s a sample: No. 1. Tapestry, by Carole King. No. 3. Sticky Fingers, by the Rolling Stones. No. 7. What’s Going On by Marvin Gaye. Click here for the chart.

Side note for you Stones fans: I put Sticky Fingers at No. 3, behind Exile on Main Street and Let It Bleed. (Beggar’s Banquet is fourth.) That said, I can certainly understand you fans who think Sticky Fingers is the best. An argument can be made.

Hell, Moonlight Mile alone is probably the most beautiful thing the band ever did:

Batman #235, DC. I’d wager that most Bat-fans consider the original Ra’s al Ghul saga to comprise Batman #232, #242, #243 and #244. That makes sense because those were the four issues that were collected in the immortal Limited Collectors’ Edition #C-51. But there were a number of other chapters threaded through Detective and Batman that have largely been forgotten. This is one of them. Not bad or anything — just not memorable. 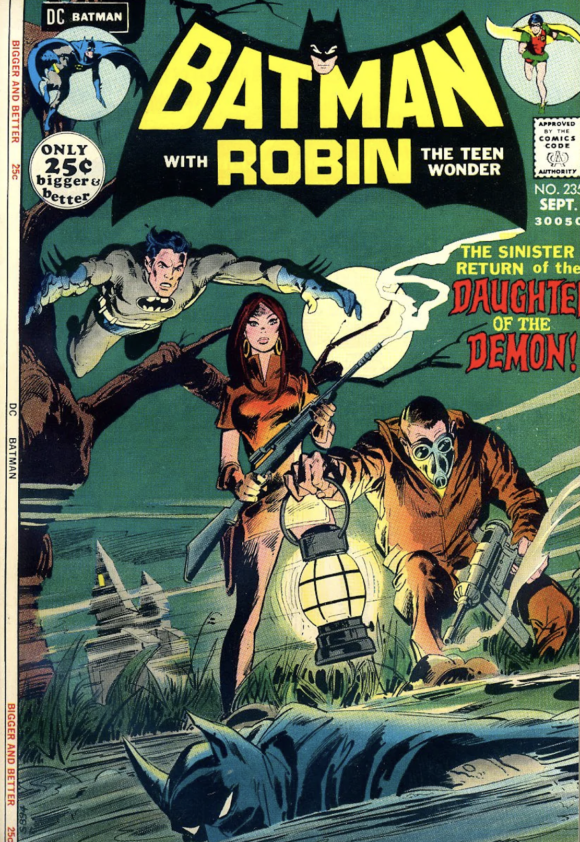 Justice League of America #92, DC. Part 2 of When Robins Meet! Actually, that’s not what the story’s called but it might as well be because it is far and a way one of the grooviest things they ever did in JLA. I mean, look at this page: 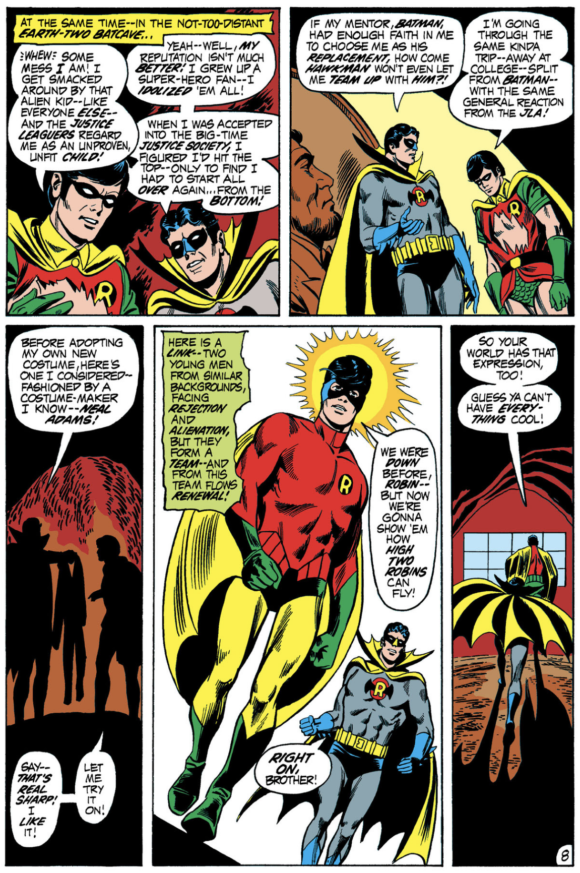 I also love that it was a 1-for-1 JLA/JSA team-up. Y’know: Superman/Superman, Flash/Flash, etc. etc.

And dig the FLOATING HEADS: 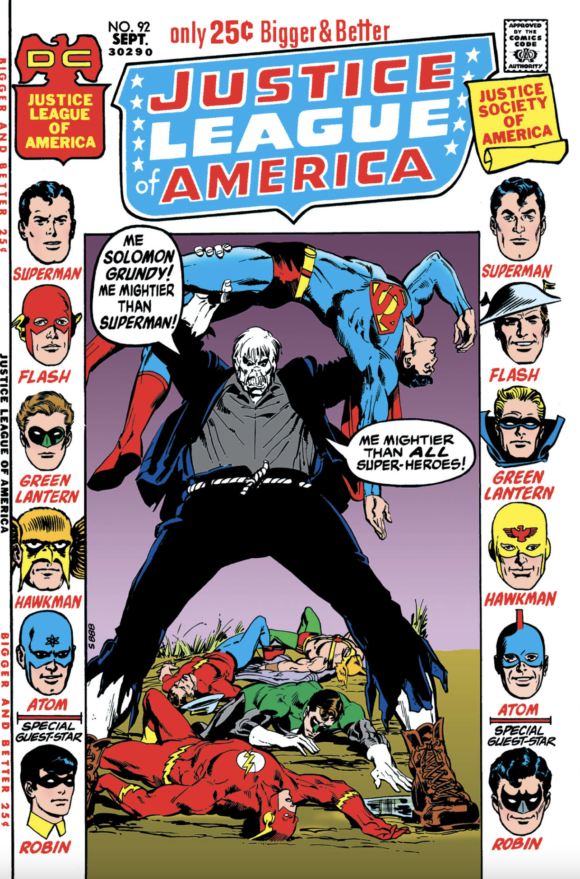 Astonishing Tales #8, Marvel. If only this had been a Ka-Zar/Dr. Doom team-up series. 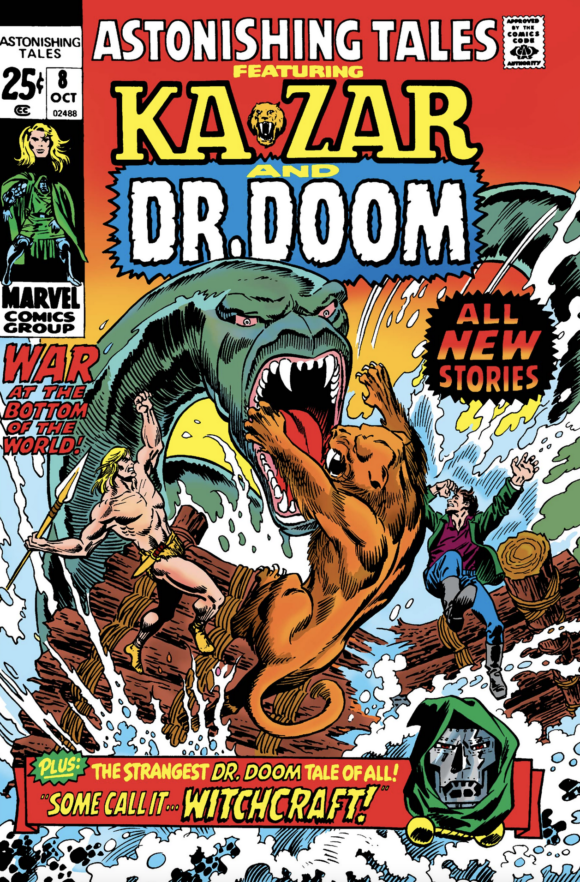 Marvel Feature #1, Marvel. The origin of the Defenders! And the real Defenders, mind you, not that Netflix Iron Fist-Daredevil nonsense. 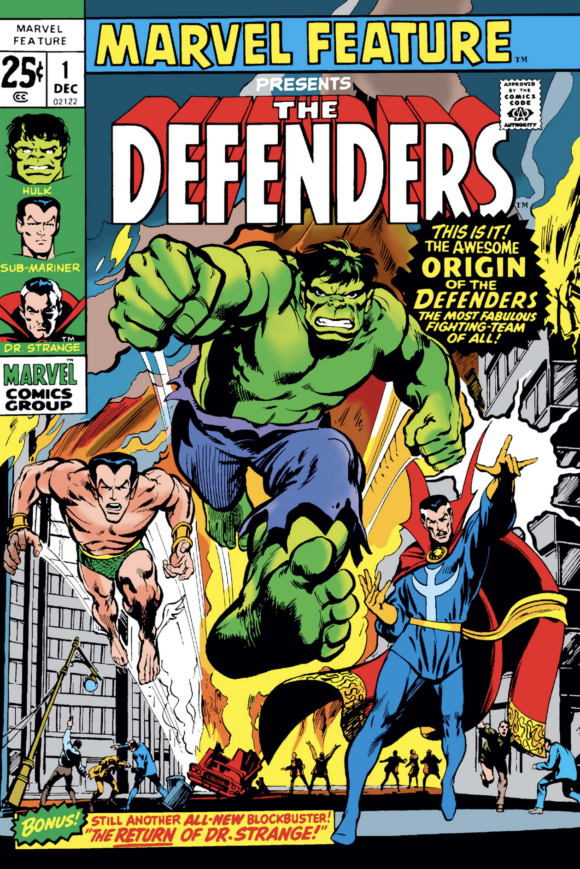 Superman’s Girl Friend Lois Lane #114, DC Comics. Is that what Lois was wearing to the office in 1971? Yikes. 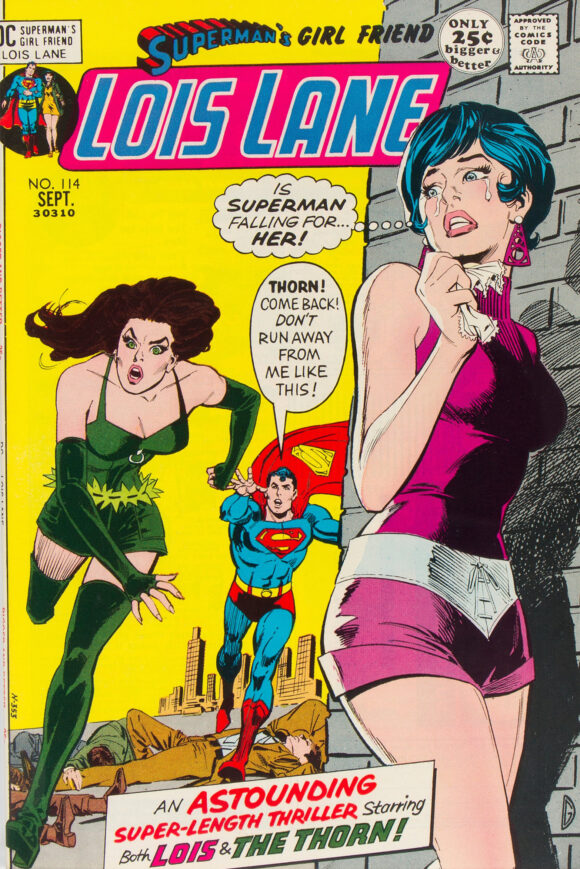