Scott and Dan hit up the comics racks from 53 years ago!

This week for RETRO HOT PICKS, Scott Tipton and I are selecting comics that came out the week of July 13, 1969.

(Keep in mind that comics came out on multiple days, so these are technically the comics that went on sale between July 10 and July 16.)

So, let’s set the scene: Far and away the biggest news story around the world — and one of the biggest in the history of humankind — was the moon launch July 16. The landing would be three days later and the return on July 24. Richard Nixon was in the White House but it was President John F. Kennedy who in 1961 set the goal of “landing a man on the Moon and returning him safely to the Earth” before the end of the decade. (If you want to see a wonderful, kid’s-eye view of the launch, I highly, highly recommend Richard Linklater’s 2022 film Apollo 10 1/2: A Space Age Childhood.)

The top movie at the box office was the Disney classic The Love Bug but if that was sold out, you could always go see Midnight Cowboy, which was also in theaters. Other than moon launch coverage, it was the summer TV rerun doldrums. The biggest shows at the time were Rowan & Martin’s Laugh-In, Gomer Pyle and Bonanza. 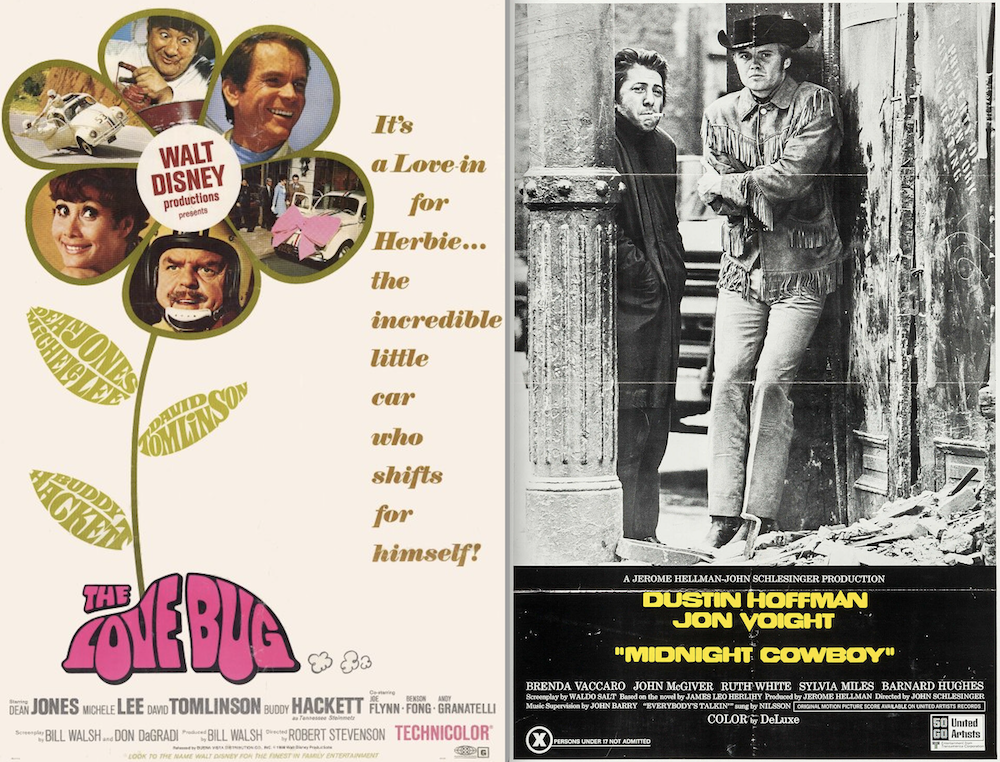 The rather overwrought, though somewhat prescient, In the Year 2525 by Zager and Evans was atop the Billboard 100. It’s kind of odd given the general euphoria surrounding the Apollo 11 mission that summer, though perhaps that’s why its dystopian vision struck a chord in the counterculture. The one-hit wonder would have a six-week run at the top but it was eventually knocked off by one of the greatest rockers of all time, the Rolling Stones’ Honky Tonk Women, a song with virtually no message at all other than celebrating boozy decadence. Always noteworthy: The Beatles made an appearance among the top hits this week, with The Ballad of John and Yoko at No. 8.

All that said, if you’re really looking for a touchstone that captured the zeitgeist, the original cast recording of Hair led the album charts. (And don’t forget: Woodstock was just a month away. Then again, so were the Manson murders.)

Batman #215, DC. A largely forgettable tale by Frank Robbins, Irv Novick and Dick Giordano. Not bad, mind you, just there. But the most notable aspect of the story is that it was one of the last before Robin left for Hudson University two issues later. An era was nearing a close and the Batman and Robin, ahem, dynamic would never be the same. 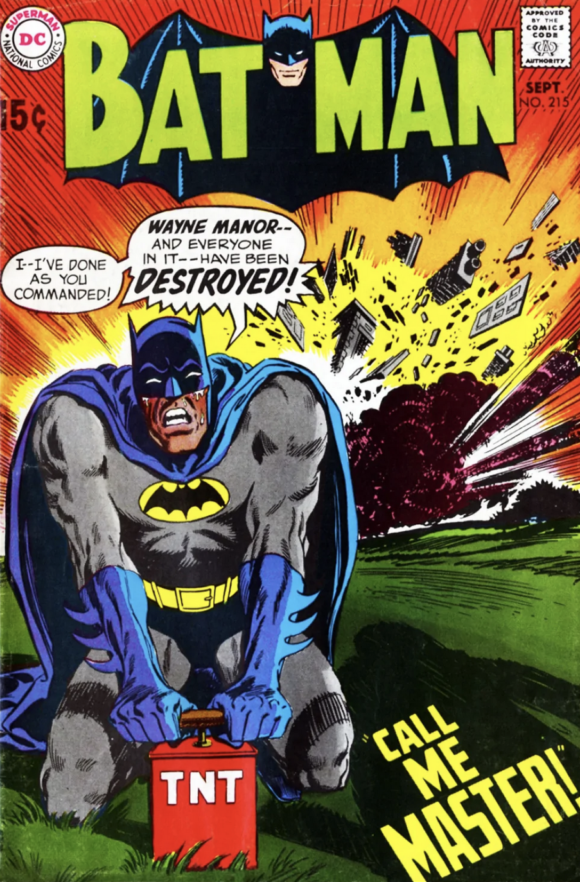 Scott adds: I do like how the plunger is helpfully labeled “TNT.”

Angel and the Ape #6, DC. Most artists at the time just wanted to draw beautiful women, monsters and gorillas. Looks like Bob Oksner had the best job on the planet. 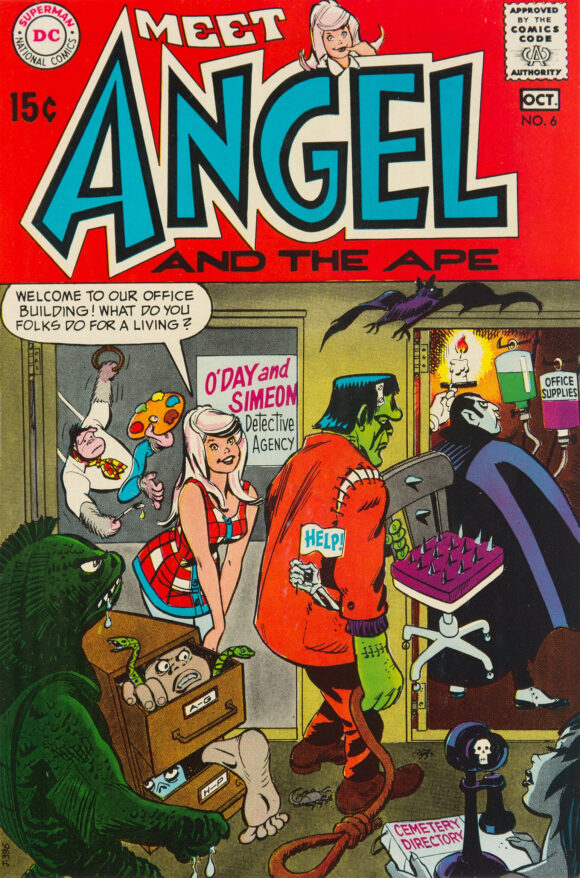 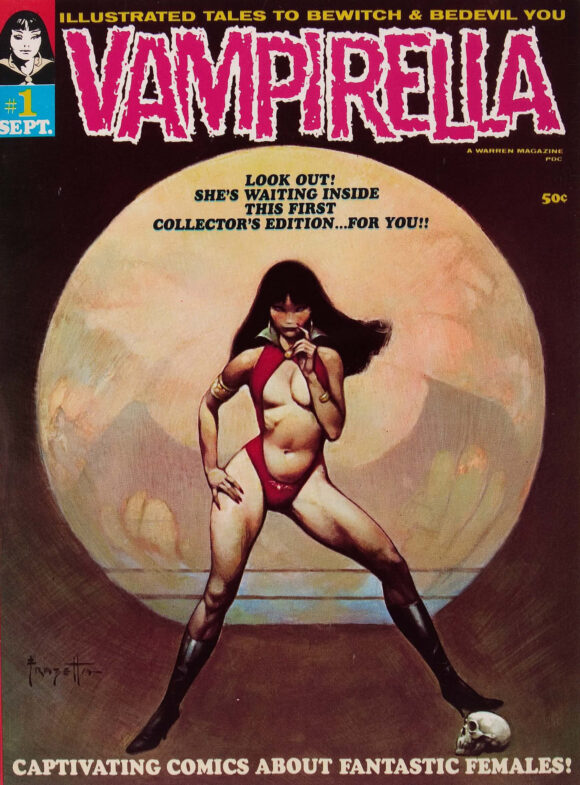 Fantastic Four #91, Marvel. Like a mash-up of Thor: Ragnarok and the Star Trek episode “A Piece of the Action.” With Skrulls. By Lee and Kirby. Wrap your head around that one. 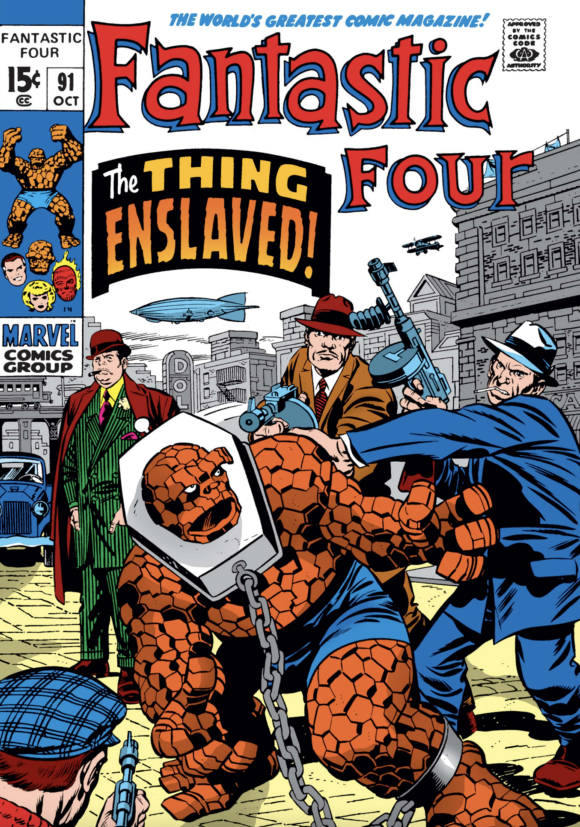 X-Men #60, Marvel. The arrival of Neal Adams really injected some adrenaline into what was previously a pretty stodgy book. Also, that is the most literal cover caption ever. 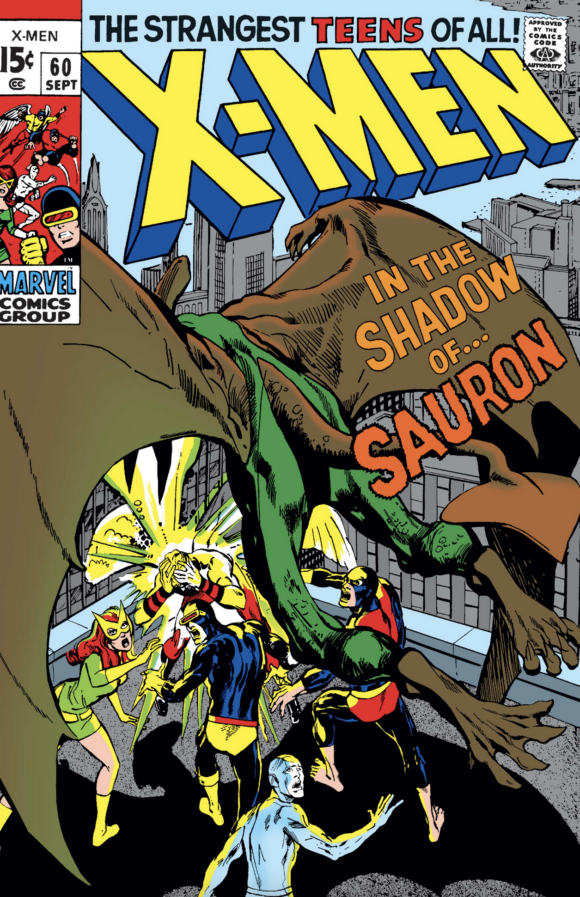 Captain Marvel #17, Marvel. Starting this issue, Mar-Vell and Rick Jones begin a body-swapping gimmick a la the original Big Red Cheese and Billy Batson, which is such a Golden Age comics reference I should have known it was a Roy Thomas idea. 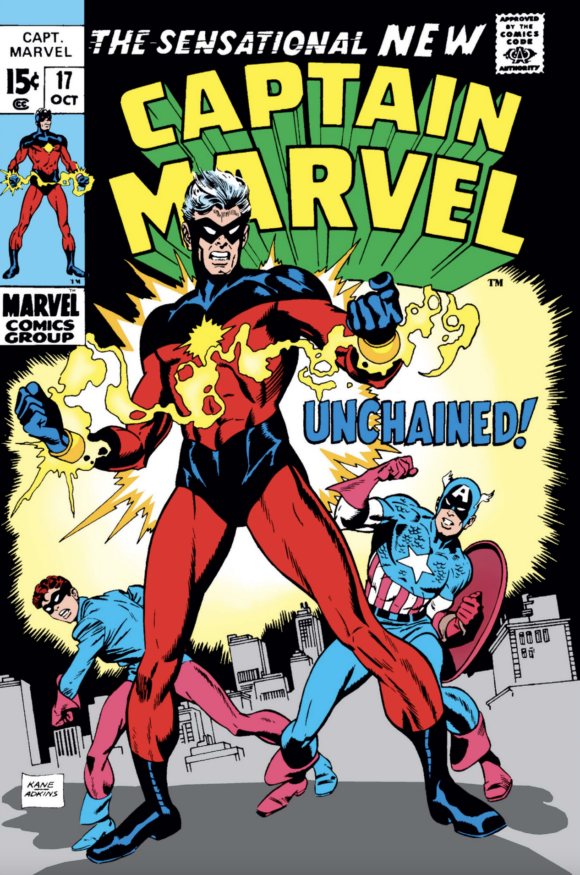 The Flash #191, DC Comics. I think the Flash has had more “empty-costume” covers than any other comic book. 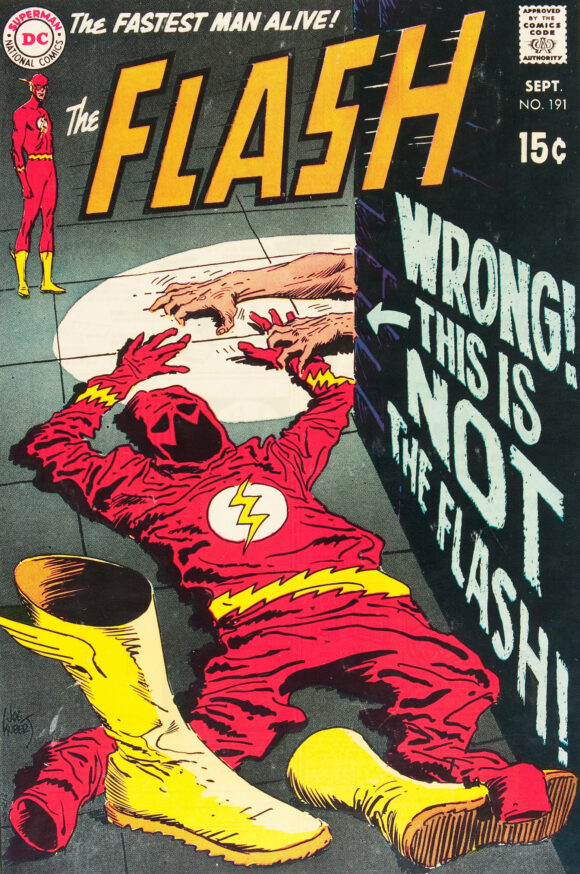