Vaughn Bodé would’ve been 73 this week. His influence and loss is still felt in the comics community.

“Unique” is a word that gets thrown around too easily these days. Everything is unique. This is unique, that’s unique, and this thing is MORE uniquely unique than that not quite as unique thing over there!

Usually artists, especially comics artists, take the approach of studying the output of a few individuals whose work they admire. If they do it right, this results in a rich combo of their visual mentors and they develop their own personal style. A very few artists draw deep from their inner selves with seemingly no influences whatsoever. Their art achieves a look with no ancestry–it’s new, it’s different! Vaughn Bodé‘s art is like that. I can’t think of anyone with whom to compare him. Vaughn Bodé was, in the truest sense of the word… UNIQUE! 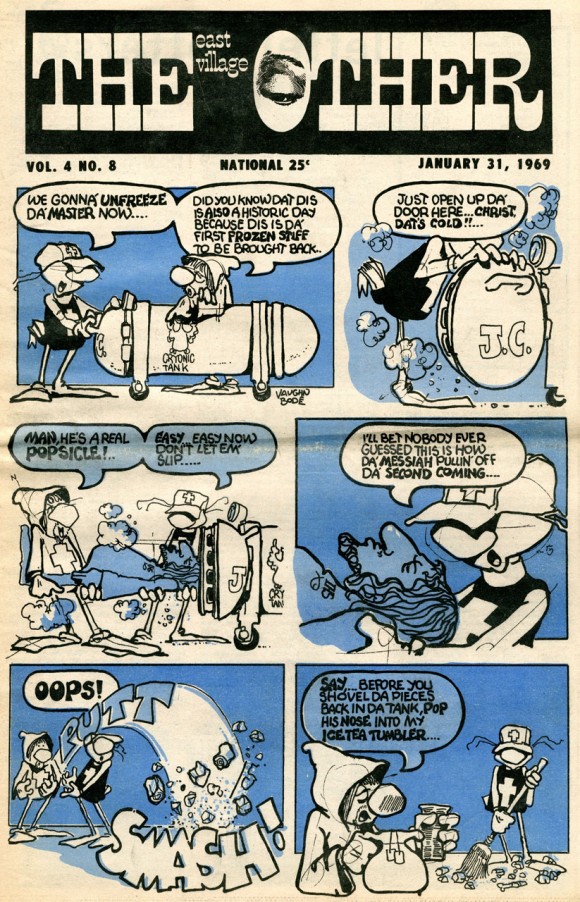 I metBodé after he gave one of his Cartoon Concerts at a comic con put on by Phil Seuling in New York City in the early 70s. He gave over 50 of the Cartoon Concerts in his lifetime, including one at the Louvre Museum in Paris! It was a fun, original, traveling event where the cartoonist appeared before an audience, reading and acting out his own comics projected on a screen.

Even as far as his looks Bodé was unique! Catching him out in the hall soon after, Vaughn stood out even in that hippie era and in New York where you expect the unconventional. Vaughn Bodé looked like Jesus. Long white robe and hair like Jesus wore it—Hallelujah, I adored it! The robe and the hair were joined by long fingernails–bright blue in color. 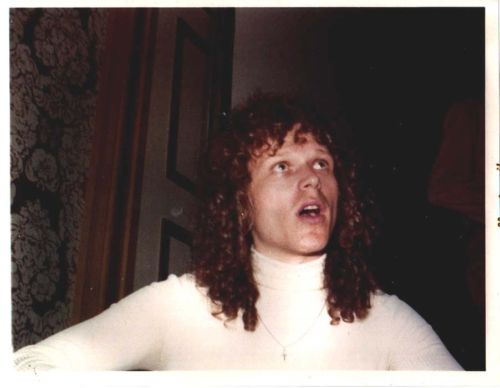 He wasn’t always like that, though. Vaughn Bodé came from a dysfunctional family in Syracuse and grew up a very sensitive young man who tended to keep to himself. He drew comics. Tons and tons of comics with massively detailed backstories for each character. But he never sold or published any. Eventually, he self-published his first comic, DAS KAMPF, in 1963, making it—according to some—the first underground comic book! 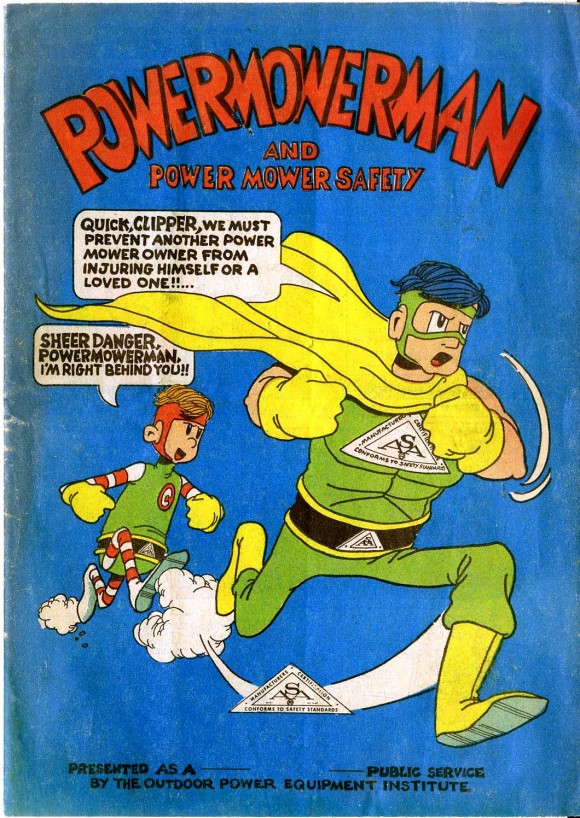 POWERMOWERMAN followed in 1966 although it was a commercial job. Throughout the 1960s, Vaughn began making a name for himself as an illustrator in the science-fiction pulp digests of the day (Go to http://booksteveslibrary.blogspot.com/2013/09/vaughn-bode-if-art-1967-1968.html for many examples). 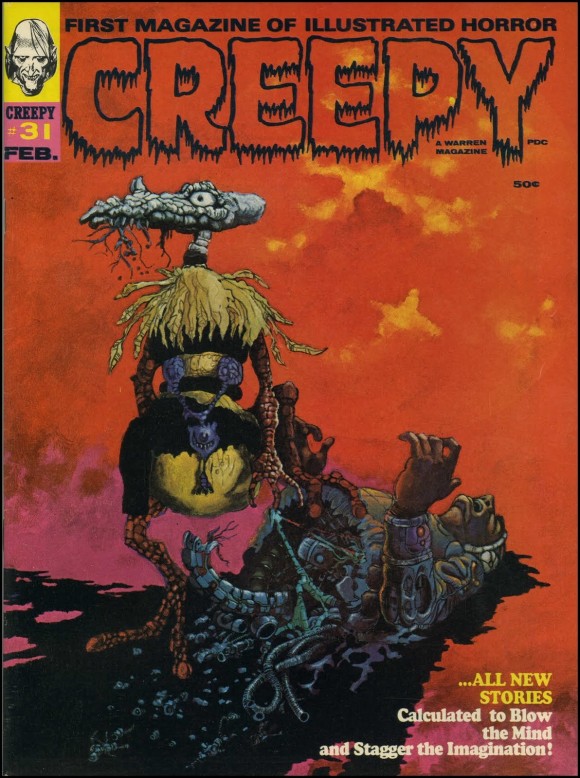 By the end of the decade, he was turning out mass market paperback covers and the occasional cover painting for Warren’s CREEPY and EERIE. More explicit and more personal work was starting to turn up in Wally Wood’s WITZEND and his own underground comix like JUNKWAFFEL. According to Trina Robbins, who met Bodé in 1971 around the time he started GOTHIC BLIMP WORKS, the famous underground comix tabloid, he was still pretty quiet and seemingly conservative. That would change rapidly over the next few years. 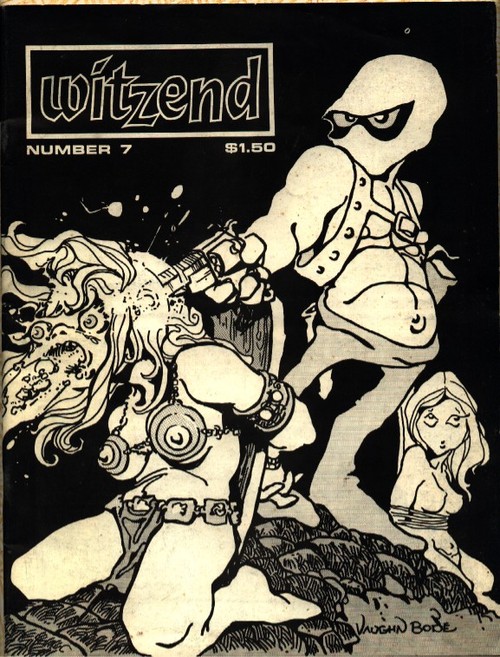 Although keeping one foot in the commercial world, Bodé really embraced underground comix and the counter-cultural movement and brought many of his obsessions along with him. Cute little tales of extreme violence, nihilism, frustrated sex and all too often, death, all played out with lizards, frogs, machines, “broads” and a misogynistic schnook with a hat covering his whole head. Not exactly what one might expect of a sensitive hippie cartoonist. 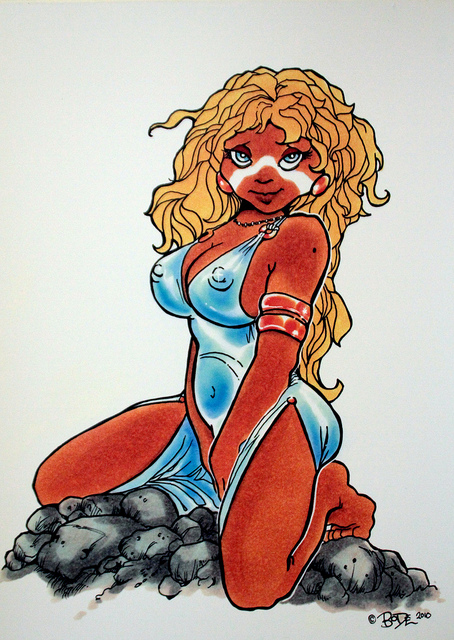 The Bodé Broad was omnipresent in his work. She was short, stout and stacked, cartoonish but somehow realistically sexy. The lizards were his everyman characters, eventually even appearing with male genitalia. No one seemed to notice or care. To Bodé, guys had dicks. If the lizards were guys, then the lizards had dicks. Made sense. 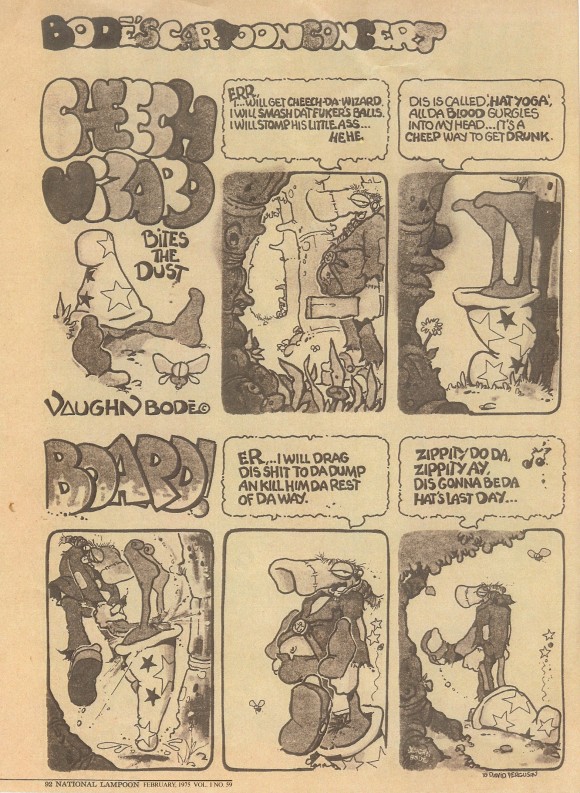 His cartoon alter ego was Cheech Wizard, a character he had created many years earlier who was drawn as literally a giant wizard’s hat with legs. Well, supposedly there was something more than that under the hat but we never saw it. He wasn’t a real wizard, either. In the early stories, Cheech spoke more or less normally but over time, the artist developed an odd “Bodé-speak” language peppered with “dese” and “dose” and more creative cursing than you could find anywhere else in those days! 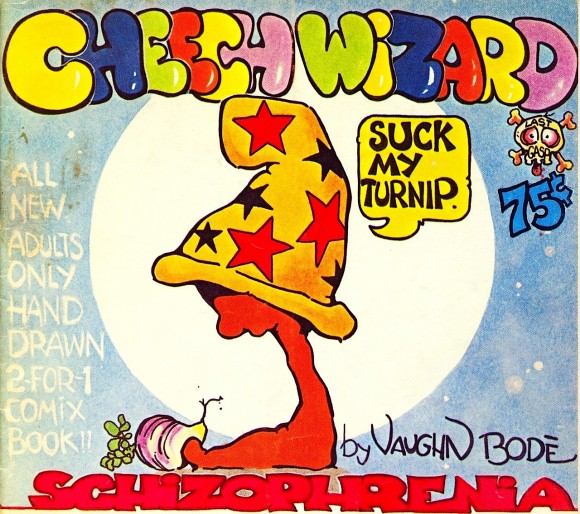 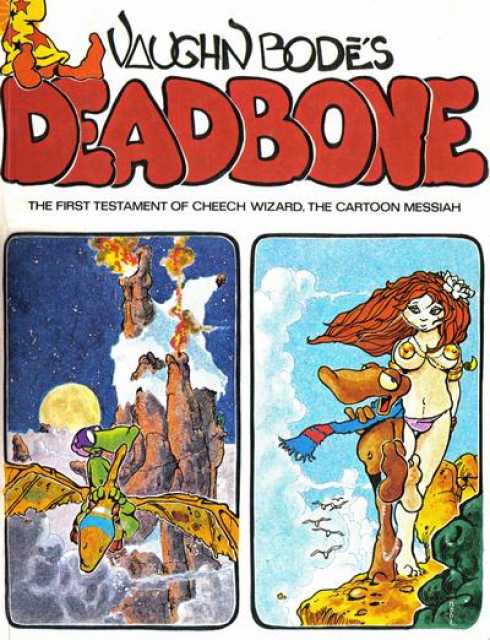 Comics fans still talk about Jones, Wrightson and The Studio, the quartet of comic book artists from the mid-seventies (Mike Kaluta and Barry Windsor-Smith being the other two) who are often described as having been the rock stars of the industry. Well, their pal Vaughn Bodé was way ahead of them. By 1972, he was not just a rock star artist but a GLAM rock star artist, the Marc Bolan of comics! 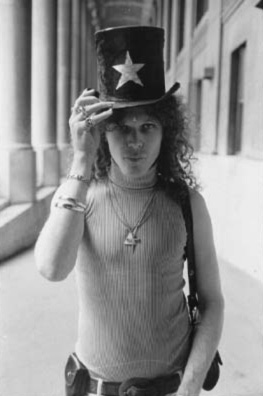 Experimenting with everything from drugs and transvestism to meditation and religion and more, Bodé grew his hair out and reinvented himself as a “Cartoon Gooroo” both in and out of the spotlight. It was, in a way, like voyeuristically watching someone have both a spiritual experience and a nervous breakdown simultaneously in public. Rampant narcissism and self-hatred collided in much of his work. In 1973, he artist even put out a comic called SCHIZOPHRENIA which offered Cheech’s self-serving antics at the top of its pages and Bode himself reflecting on life and his own sexuality along the bottom.

Towards the end of his life, his style became a favorite with graffiti artists and he was made sort of an unofficial godfather of graffiti! If you’re ever stuck watching a train go by, you’ll see that legacy still survives as so much Bodé-inspired graffiti art can still be seen today!

He passed unexpectedly in July of 1975, only 33 (ironically the same age as Jesus died) and with so much more he could have given us. “Death by misadventure” was how they put it at the time.

A troubled man—as were so many great artists no longer with us—his colorful characters continue to be discovered as time goes on, with Bodé’s son Mark brilliantly carrying his father’s flame as well as following in his creative footsteps. 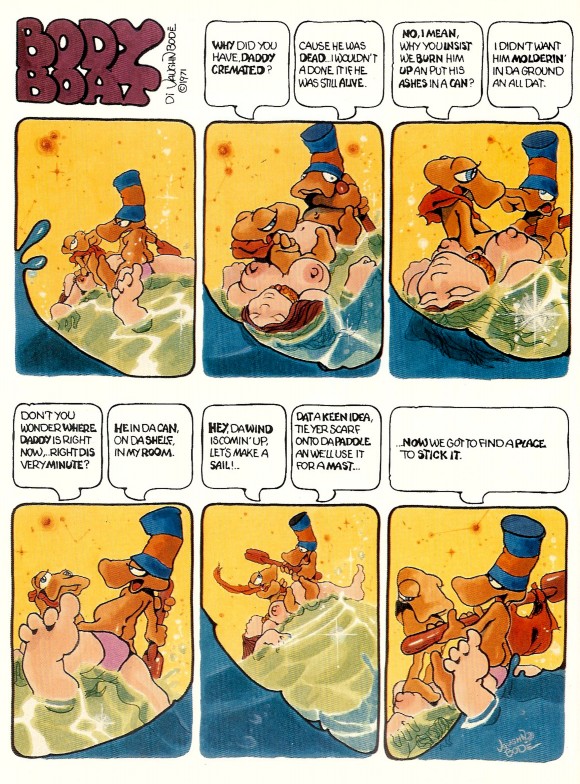 When I talked with Bodé at the comic con he certainly was fascinating. I was a big fan of his very personal and beautifully drawn work then and remain strongly so today. There is only one way to describe the artist and his art. Unique is the word. 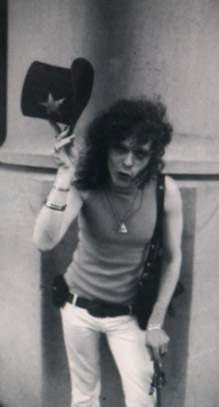 Craig Yoe is a comics historian whose plethera of  books can be found at http://yoebooks.com. Steven Thompson has been called “the worlds’ greatest comics blogger”, to enjoy his many blogs start here http://booksteveslibrray.blogspot.com