PBS’ “Superheroes” is an Utter Delight

I gotta say that when I first heard about the new PBS documentary “Superheroes: A Never-Ending Battle,” I was simultaneously excited and apprehensive.

It’s nice to see the great American artform of comics get the de facto Ken Burnsian treatment but I don’t trust too many filmmakers to get it right. Inevitably, I thought, there would be silly mistakes or the subject matter would be handled in too pedantic a fashion.

Comics provide the foundation of modern popular culture – as evidenced by the gazillion-dollar, movie-TV-videogame industrial complex — yet the form itself, even after nearly 80 years, still doesn’t get the respect it deserves. At the same time, a self-serious doc would be too turgid and weigh down a subject too often beset with shirt-rending and hand-wringing by its most ardent devotees.

I’m relieved that director Michael Kantor and co-writer Laurence Maslon got it right.

The three-hour doc, narrated by Liev Schreiber – who incidentally played Sabretooth in the first Wolverine film – was originally to be broadcast in three installments. Instead, PBS decided to put it all together and show it tomorrow at 8 p.m. (Check local listings, natch.)

Don’t be alarmed by the running time because like the heroes it chronicles, “Superheroes” moves faster than a speeding bullet. 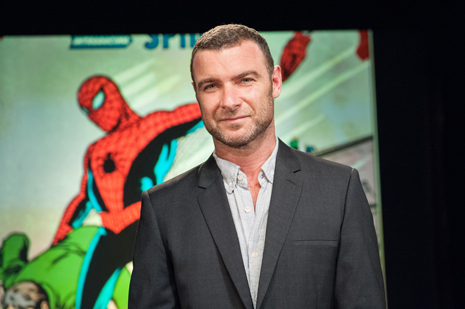 The doc features enlightening commentary from living luminaries such as Jim Steranko, Neal Adams and Stan Lee, as well as artful insight from historians like Danny Fingeroth and Arlen Schumer. There are also nice moments with actors like Adam West and Lynda Carter. But the real treats are the interviews with since-deceased creators like Carmine Infantino, Jerry Robinson, Joe Simon and Joe Kubert.

The first segment chronicles the rise of the American superhero with the launch of Superman in 1938 and the descent of the industry in the paranoid early ’50s. Part 2 details the whizzy Silver Age and the emergence of Marvel Comics superstars Spider-Man and the Fantastic Four. The final part takes us through the grim-and-gritty era of modern comics, best exemplified by Watchmen and Frank Miller’s The Dark Knight Returns, two literary deconstructions of superheroism.

“Superheroes” — which is also available on DVD and Blu-ray — is not strictly about comic books, though the medium forms the backbone of the documentary. There are excerpts of movies, TV shows, radio programs, news programs and glimpses of eye-catching merchandise.

All of the elements are expertly crafted into a highly entertaining, informative and colorful work. (Plus, there’s a coffee-table book from Random House that’s a great adjunct.)

This is the documentary that comics fans, creators – and neophytes – not only needed for a long time, but the one we deserve. The official site is here>>

Tomorrow: A lengthy Q&A with Kantor and Maslon 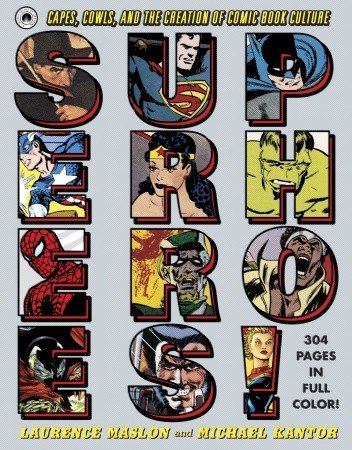