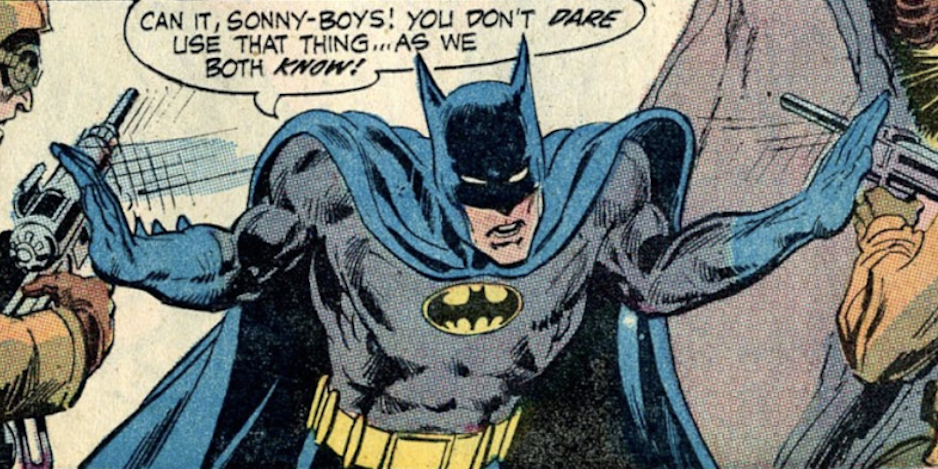 Welcome to columnist Paul Kupperberg’s recurring feature A COMIC MOMENT WITH… Having worked decades in the biz, Paul has so many great, humorous stories to tell, this seemed like a really groovy way to share some of them — especially on birthdays. This time out, it’s the late, great DICK GIORDANO, who was born 90 years ago!

Dick Giordano (July 20, 1932-March 27, 2012) was an artist, editor and executive who got his start and honed his craft at Charlton Comics (1952-1968), where he rose from production artist to the editor who introduced the Charlton Action Heroes line. He was hired as an editor by DC, where he stayed for much of the next 40-plus years (though he left for a spell when he and Neal Adams opened the advertising and comics packaging agency Continuity Associates.) As an inker, he made his mark on some of the most important comics of the times, including over the work of Neal Adams on Batman and Green Lantern/Green Arrow. As an editor, he helped launch such works as The Dark Knight Returns and Watchmen, and mentored countless young artists. 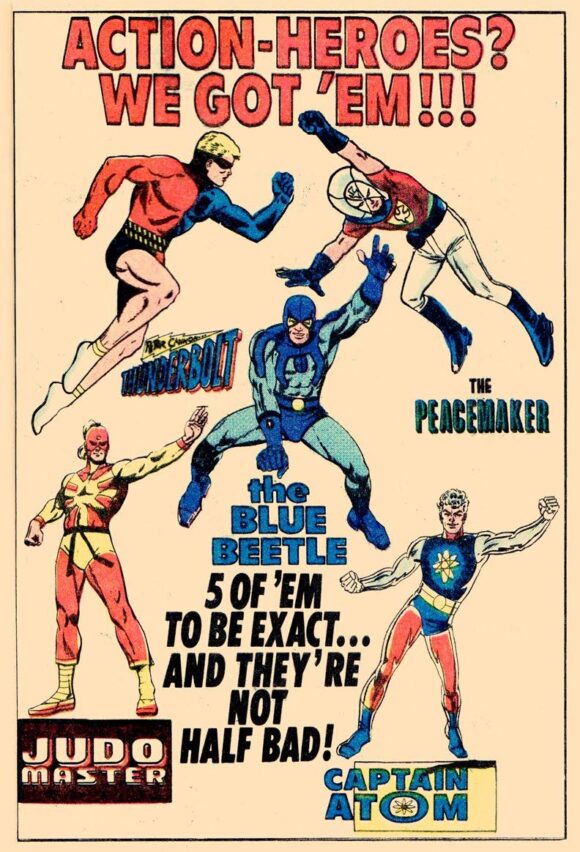 Dick was famously hard of hearing. He wore hearing aids in both ears and was never shy about telling you he couldn’t make out what you’d said. Dick would frequently adjust his hearing aids depending on his situation, whether he was crowded restaurant with a lot of background noise or a one-on-one in a quiet office or in meeting in the conference room with six or 10 people, all talking over one other. Sometimes, in the middle of a meeting, Dick’s head would start to emit a high-pitched whistle, the result of feedback in his hearing aids. 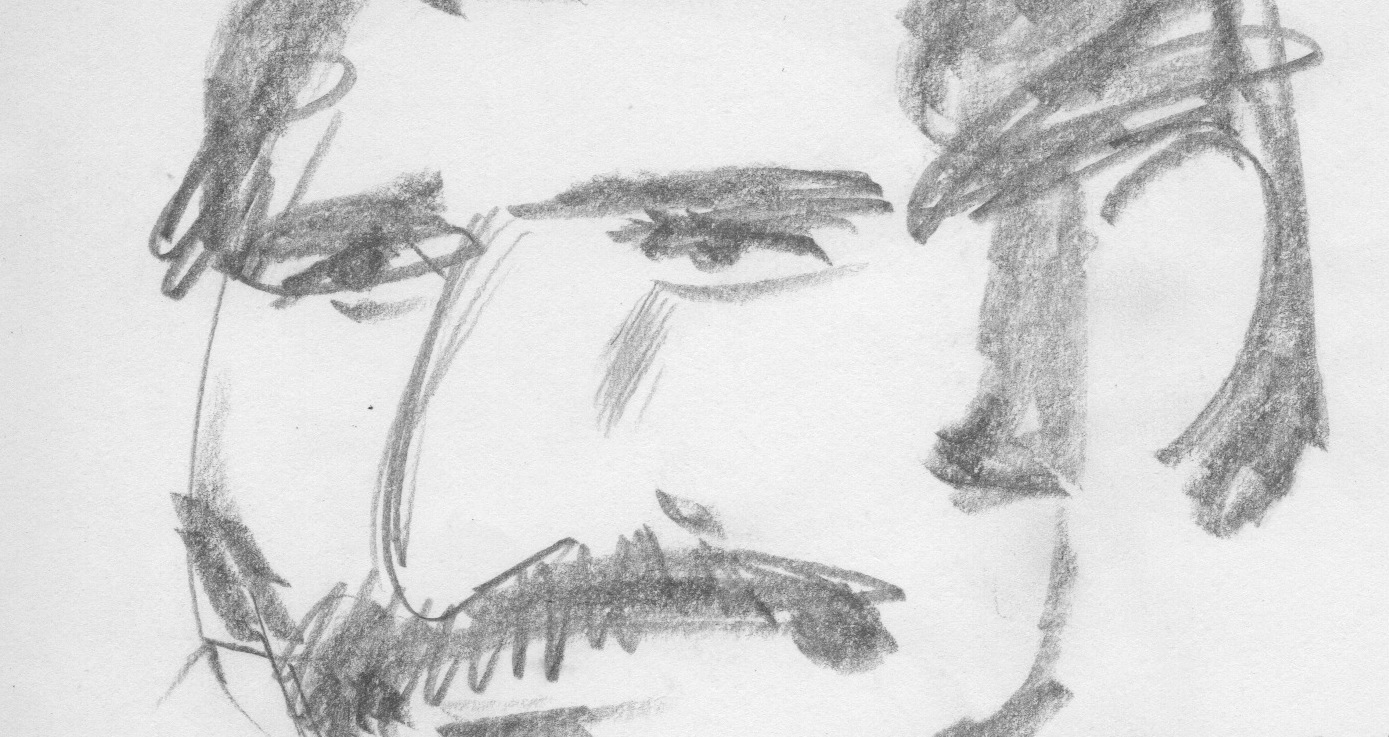 A Giordano sketch belonging to Paul

In his role as executive editor/DC vice president, Dick had to sit through a lot of meetings, internally at DC and with the company’s many business associates and partners. From 1991 to 2006, I was on DC’s editorial staff, which was overseen by Dick, and therefore I found myself in any number of meetings with him, by myself or in larger groups.

Dick was also one of the comic industry’s true gentlemen. I don’t think I ever saw him lose his temper. The hottest he ever got in my presence was exasperated, which happened during a marketing meeting about one of DC’s annual company-wide crossovers, Legends of the War of the Gods’ Infinite Millennium Crisis’ Armageddon I think it was. OK, it was actually 1997’s Genesis, which I edited, but the less said about that the better.

It was an informal gathering, with me, Dick, and a few members of the marketing team in attendance. Marketing didn’t seem to care much for Genesis, but then they preferred that editorial produce books they knew they could successfully sell versus titles they actually had to go out and work to promote, so this was not an unusual scenario. 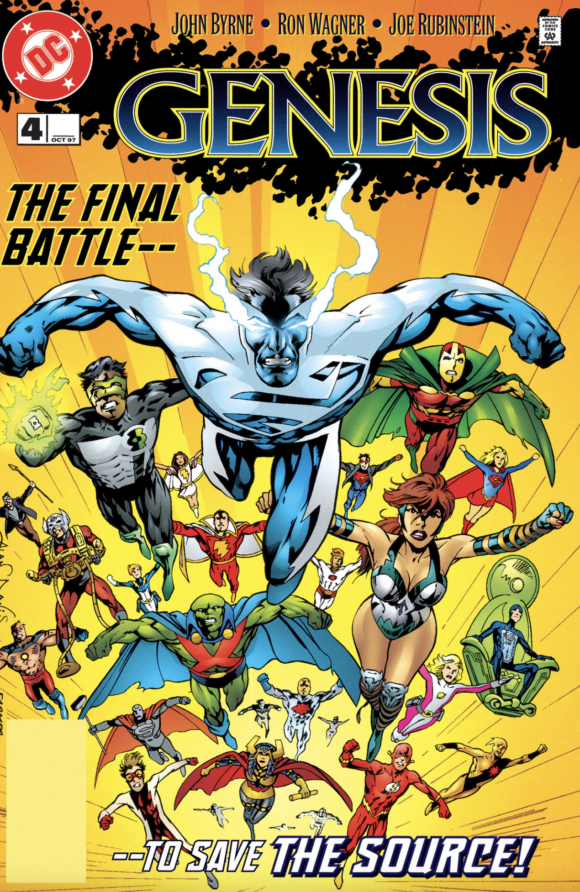 At some point, the conversation may have gotten a bit loud, with all the marketing guys talking at once. When I glanced over at Dick, I could see him growing annoyed at what had already proved a waste of everybody’s time. I was too, but as the lowest ranked individual in the room all I could do was keep my mouth shut and bear it.

Apparently, Dick had come to the same conclusion because the next time I looked at him, he was leaning back in his chair, fingers laced over his stomach and a content smile on his lips. He let the noise go on for a while longer before he finally sat forward and interrupted to suggest that marketing come back when they had something to show us, and the meeting was adjourned.

After the marketing guys were gone, I turned to Dick and said, “That was painful. I don’t know how you can sit there listening to those guys and still smile.”

Dick reached between his ear and fiddled with his hearing aid.

— DICK GIORDANO’s BATMAN Pin-Up: The Poster That Should Have Been. Click here.