OUR ARTISTS AT WAR: Tribute to KUBERT, KIRBY and More Coming This Fall

Home » COMICS HISTORY » OUR ARTISTS AT WAR: Tribute to KUBERT, KIRBY and More Coming This Fall 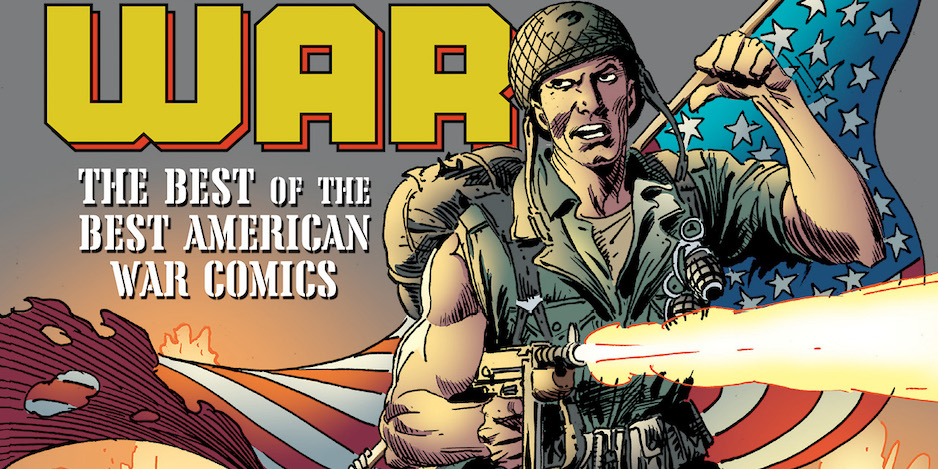 TwoMorrows has another major comics history on the horizon — Our Artists at War: The Best of the Best American War Comics, by Richard J. Arndt and Steven Fears — the first-ever in-depth chronicle and analysis of American war comics published in the U.S.

It features such colossal talents as Joe Kubert, Jack Kirby, Sam Glanzman, Harvey Kurtzman and many other all-time greats.

Check out the official description from the publisher: 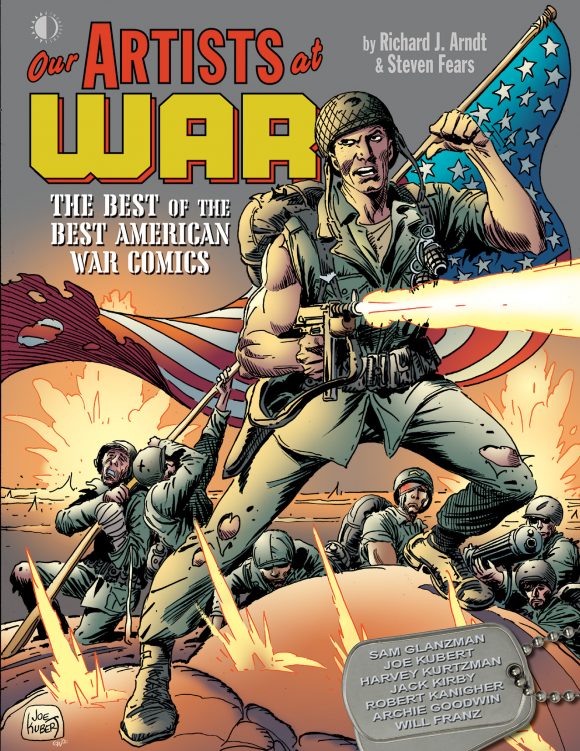 Our Artists at War: The Best Of The Best American War Comics

Our Artists At War is the first book ever published in the US that solely examines War Comics published in America. It covers the talented writers and artists who supplied the finest, most compelling stories in the War Comics genre, which has long been neglected in the annals of comics history. Through the critical analysis of authors Richard J. Arndt and Steven Fears, this overlooked treasure trove is explored in-depth, finally giving it the respect it deserves! Included are pivotal series from EC Comics (Two-Fisted Tales and Frontline Combat), DC Comics (Enemy Ace and the Big Five war books: All American Men of War, G.I. Combat, Our Fighting Forces, Our Army at War, and Star-Spangled War Stories), Warren Publishing (Blazing Combat), Charlton (Willy Schultz and the Iron Corporal) and more! Featuring the work of Harvey Kurtzman, John Severin, Jack Davis, Wallace Wood, Joe Kubert, Sam Glanzman, Jack Kirby, Will Elder, Gene Colan, Russ Heath, Alex Toth, Mort Drucker, and many others. Introduction by Roy Thomas, Foreword by Willi Franz. Cover by Joe Kubert. 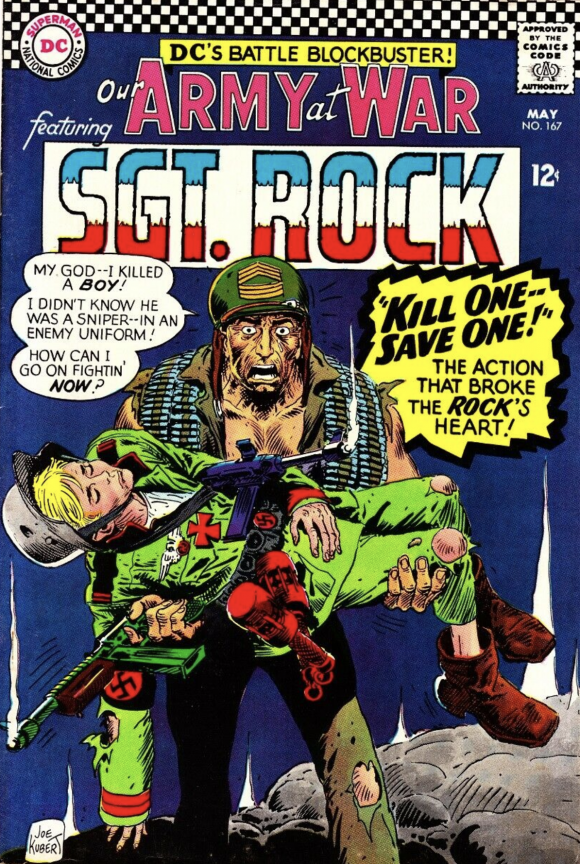 — It will be available at comics shops and booksellers but you can already pre-order it directly through TwoMorrows. (Click here.)

— When we think of comics, we generally think of capes first. But no genre matches war comics in conveying true horror, fear, cruelty and heroism. This is a welcome addition to the ranks of comics histories.