NEAL ADAMS: Why This Is My Favorite GREEN LANTERN Story

Home » COMICS HISTORY » NEAL ADAMS: Why This Is My Favorite GREEN LANTERN Story

We end GREEN LANTERN WEEK where we began — with artist Neal Adams. Seems only fitting, given his partnership with writer Denny O’Neil on Green Lantern helped usher in a whole new era of mature storytelling 50 years ago with Green Lantern #76.

Earlier this week, we gave you an EXCLUSIVE look at Adams’ two retailer-exclusive variant covers for June 23’s one-shot Green Lantern 80th Anniversary 100-Page Super Spectacular #1 (click here) and on Thursday, we showed off the final version of his ’70s tribute cover that will be released widely (click here).

But now we’ve got something different: a guest column in which Adams picks his favorite GL story — which just happens to be that landmark Green Lantern #76: 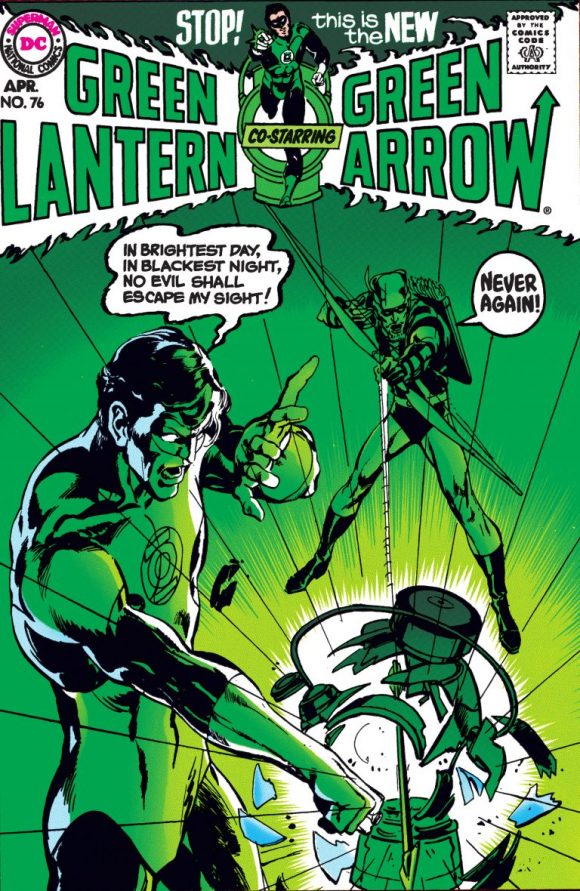 I had been an increasing fan of Gil Kane through the ’50s and ’60s as his work matured, in particular with Green Lantern. I’d always wanted to do the Green Lantern, not as a replacement, but just to see if I could do it.

Then, toward the end of the ’60s, the title was going to be cancelled, so I begged to do an issue. It occurred to editor Julie Schwartz that adding Green Arrow, whom I had made popular in The Brave and Bold, might help the title.

Denny O’Neil did the rest with his Hard Travelin’ Heroes. 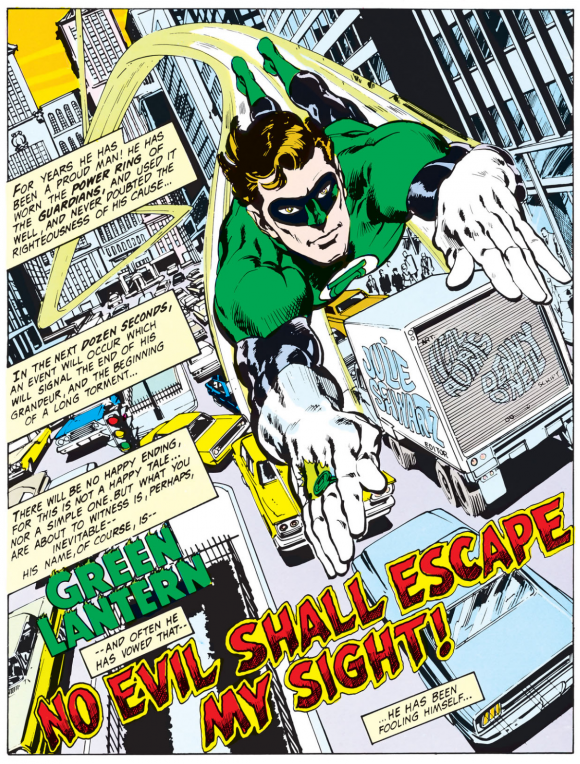 Denny gave me every chance to do Gil Kane in that first book and by God I did it. From the first page to the last. Maybe not as good as Gil but, boy, I gave it my best. I’m proud of every page – they did exactly what I wanted them too. They justified a new direction.

I felt that if I didn’t do the right job, we would seem preachy and, in fact, to some we were, but nobody says that now. There’re lots of other issues in this series that I can be equally proud of and I am, but this started the ball rolling.

The first pages are practically legendary. The sixth IS legendary and the final sequence is inspiring — and now I’m trapped into complimenting myself: While I don’t think I should because it’s incredibly egotistical, I gotta say it’s a damn good job. 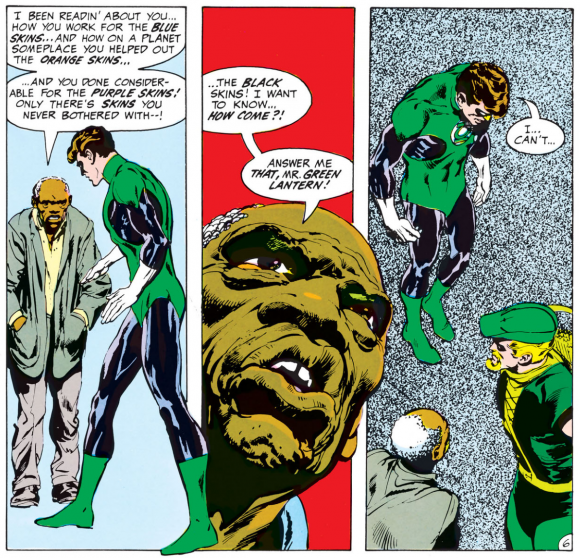 And, some say, it changed the face of comics.