THE NEAL ADAMS INTERVIEWS: The Brave and the Bold #85

Home » RANDOM STUFF » THE NEAL ADAMS INTERVIEWS: The Brave and the Bold #85

One of Neal Adams’ most famous Batman covers really didn’t star Batman at all:

“What’s interesting about The Brave and Bold #85 is it’s a book in which I re-created, or created, Green Arrow. Which we see on TV now. … I’ve yet to see a royalty check,” Adams laughed. 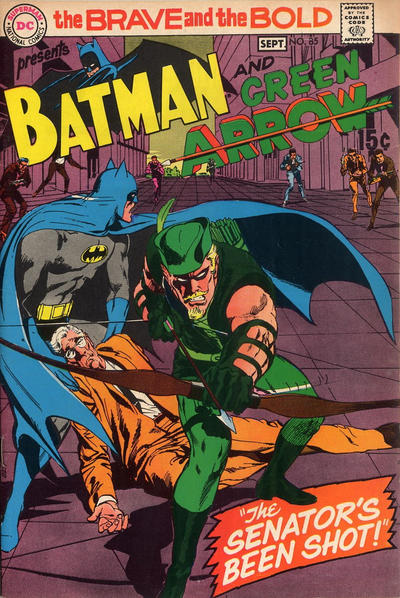 “I don’t know what that’s all about,” he said to more laughter. “They actually gave me a royalty check for Ra’s al Ghul. A rather large royalty check (for the film “Batman Begins”). … Paul Levitz, who was the publisher at that time, came over and handed me the check. I guess he didn’t want to see me in court or anything.

He’s right. Green Arrow up to that point was about as bland a character as you were going to find in the DC Comics stable. 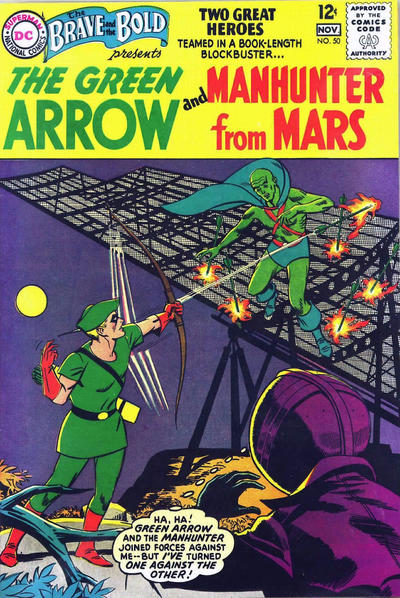 “Anyway, it was a silly character,” Adams said as he sketched in his Midtown studio. “Pretty much ignored by fans. And my editor (Murray Boltinoff) and I decided we would do Green Arrow because we were kinda running out of second-tier characters (for Batman to team up with in the title).

“He said, ‘Well, what about Green Arrow?’ And I said, ‘Green Arrow is an awful character. I can’t do it.’ And he said, ‘Well … (editor) Julie Schwartz changed Flash. He changed Green Lantern. Why don’t we just treat it like it’s a new character?’

“I said, ‘Well that’s great for me. I’d love that!’” Adams remembered. “So I made him a modern day Robin Hood. Rob from the rich, give to the poor. All that stuff. Made him kind of an angry character. I worked with (writer) Bob Haney on it. He came through for me. Did a terrific job.”

It was still months away from when Adams and writer Denny O’Neil truly revamped the character by making him a liberal foil to the more staid Green Lantern in the classic GL/GA run of the early ‘70s.

“I designed a new costume for a character who was truly an archer rather than some guy putting on an archer’s costume,” Adams explained. “You see that glove, for example, on his hand. It’s really a protective glove for the inside of the arm, for when you put a bow there — you have to let it go so you need something in there.

“My mind goes back to Errol Flynn,” he continued. “You know, with the big smile on his face, firing arrows at bad guys. And I made it a blonde beard, of course, instead of a black beard because you’d confuse him with Robin Hood or have someone say that I was copying the movie. But of course I was copying the concept from the original Robin Hood character.” 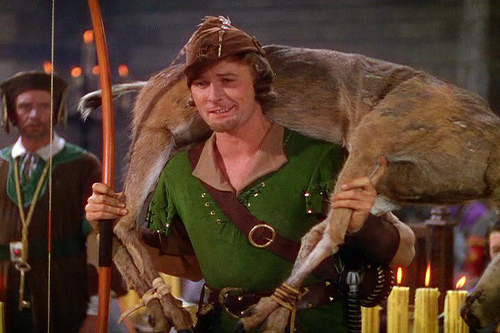 It was, he asserted, the genesis of what ultimately became CW’s successful TV show, “Arrow,” starring Stephen Amell.

“Bringing him forward in time … that comic book cover that you’re showing me is really the launch of that TV show,” Adams said. “(But) you watch it every week and wonder when that guy is gonna break out and smile. I love the TV show but you know, this guy has to smile once in a while.” 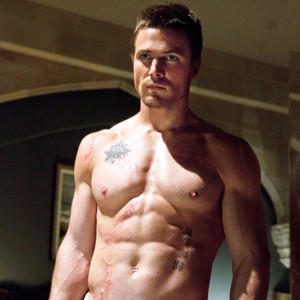 Two years ago, DC relaunched Green Arrow with a completely different look, one that hewed closer to the character’s portrayal by Justin Hartley on “Smallville,” the precursor to the current show.

Even though Adams’ original design had been modified in the intervening decades – gone was the cap in favor of a hood, for example – the new portrayal, with its reliance on armor and the lack of the signature goatee, was a distinct departure from what had been a striking look. He was also made significantly younger and, well, greener. 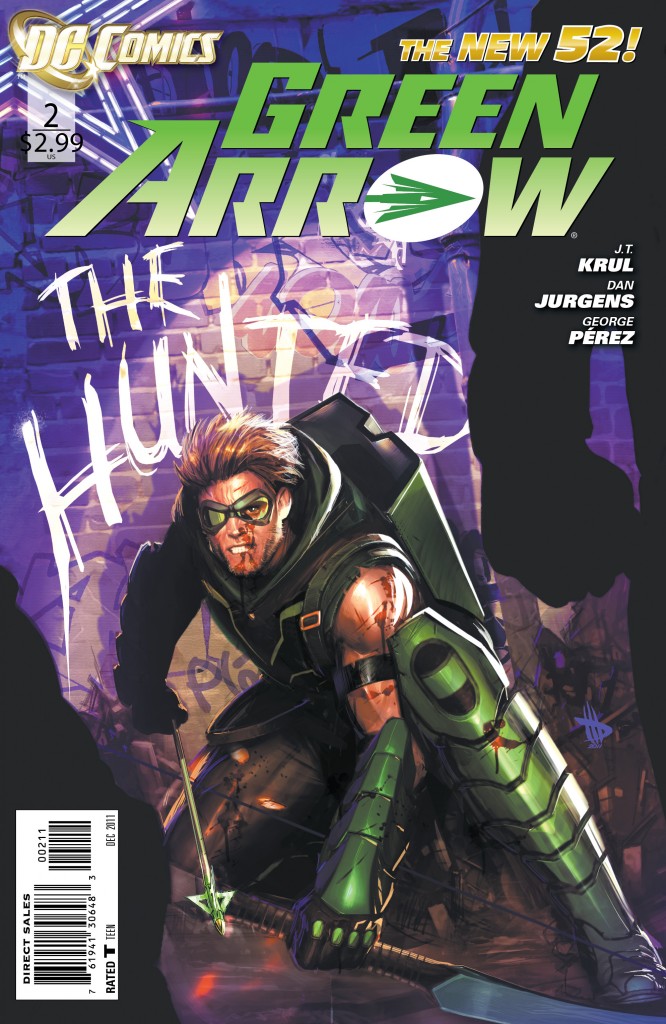 I asked him what he thought of the changes.

“I’ll tell you. I feel, in a weird way — except for the hood (because) it’ll fall off — I feel the TV show adheres more to the Green Arrow that I did in the comic books,” Adams said. “The one thing that was contributed later on by the comic books was the idea of his life on this island where he becomes this archer and this fighter. I think that was a good contribution and they handled it well on the TV show and kind of justified this character. So I feel that’s a good part of it. A good contribution.

“Yet,” he added, “at the same time … why are you trying to escape, because there are rubberbands attached to everything you do and it’s gonna snap right back to this guy because he’s so solid. He’s so there that you can’t escape him. So I don’t feel bad about it. There is a little bit of a smirk on my face, I know, when I talk about it because I know I created a character that’s so solid that you have to snap back.”

All of which brought us back to Gotham City.

“By the way I feel the same way about Batman,” he said. “I feel like Denny and I did such a solid job on Batman that the directors of the films finally got it. Maybe not so much on the last movie but in the first two that they did, they really got to Denny O’Neil’s and my Batman.

“The one last thing that could happen is that somebody could actually redesign the costume so that it doesn’t make him walk around like a robot,” he smiled. “And make his face go like” – he pushed his lower face together – “when he talks. I’d have helped them on that if they had only asked.”