NEAL ADAMS Reveals the Story Behind His Lost KISS Art

An EXCLUSIVE excerpt from the new Back Issue magazine: 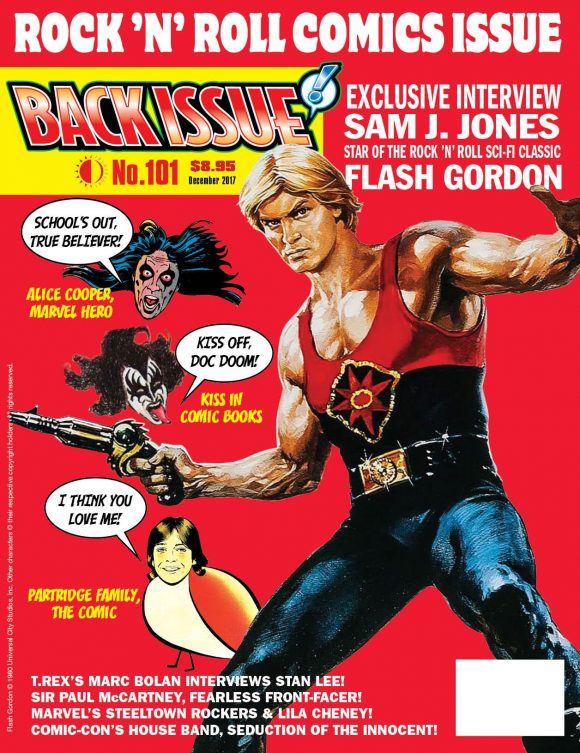 Editor Michael Eury’s jammed the stage with all sorts of stories featuring the nexus of comics and rock, including Paul McCartney, Flash Gordon, the Monkees, T. Rex (Marc Bolan’s interview with Stan Lee!), Alice Cooper, and made-for-TV pop groups like the Partridge Family and the Bugaloos. (I was Courage for Halloween one year.)

Oh, and Kiss. Lots of Kiss.

Dig this far out table of contents: 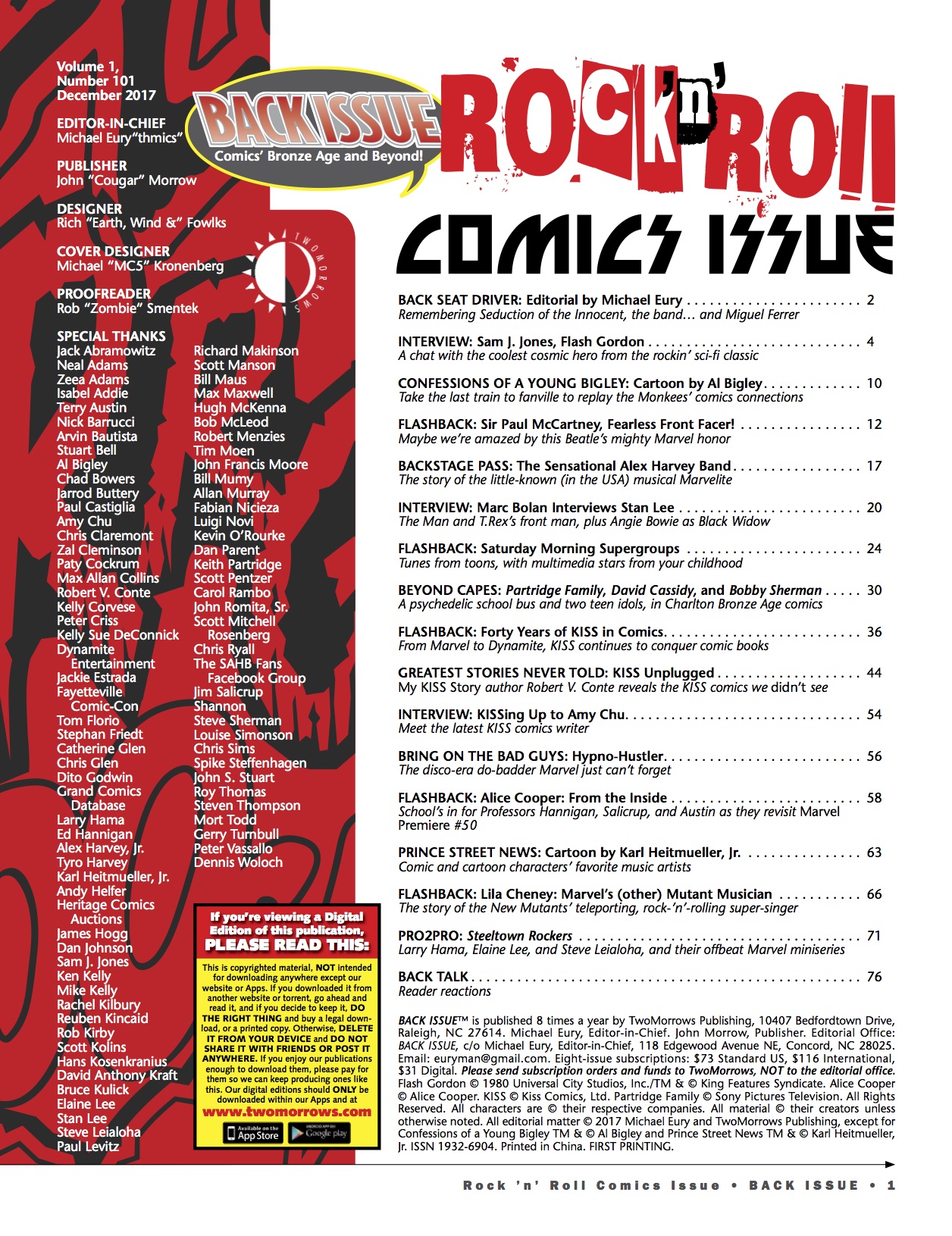 One of the highlights of the issue is an interview with Neal Adams about a never-published piece of Kiss art he drew about 35 years ago that surfaced last year. (There’s a neat sidebar with his daughter Zeea, too.)

The piece is by Robert V. Conte from his forthcoming memoir My Kiss Story. (Click here.) — Dan:

In late 2016, KISS and comic-book fans alike were delighted when a piece of KISStory was unearthed that had previously only been rumored to exist — pencil art to the proposed-but-never-published third Marvel Super Special featuring KISS! Better yet, the awesome pencil art was created by none other than the legendary Neal Adams!

Known for his iconic covers and interior art on Batman, X-Men, and the graphic novel Superman vs. Muhammad Ali, Adams’ own advertising agency, Continuity Studios, had previously created art for KISS merchandise. 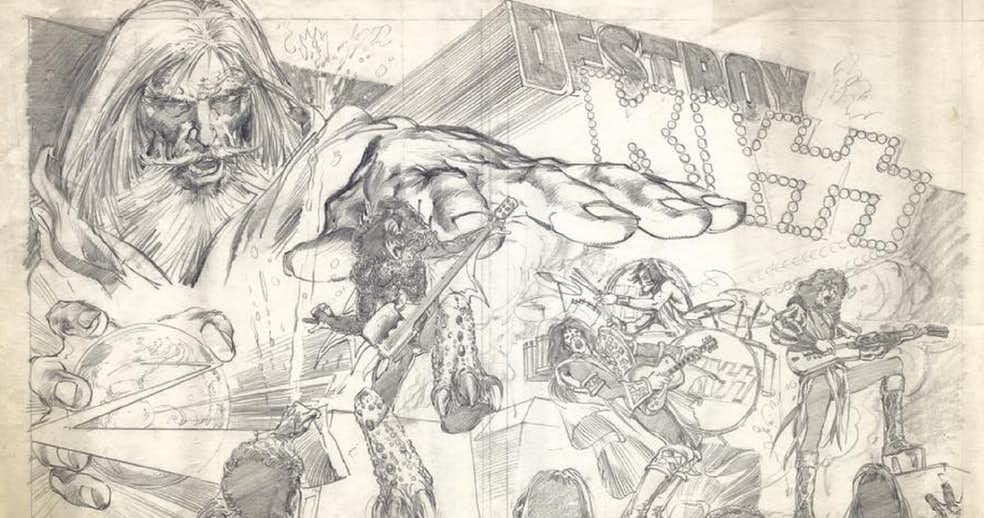 As for the proposed story, which suggests an evil, larger-than-life wizard attacking KISS from behind their Dynasty-era stage set with a killer pinball (perhaps partially inspired by the 1978 KISS pinball machine by Bally), Adams has few recollections:

“My memory of what that story could have been are vague at best,” he chuckles. “I don’t believe I was going to write that comic; maybe Len Wein or Marv Wolfman were in the running for that. There was an outline drafted, but I have no idea where it is or even if it still exists.”

Although it is generally believed this project didn’t materialize because Marvel and KISS disputed as to which entity would own copyright of the band’s illustrated adventures (KISS won that right and owns publishing rights to the previous two Marvel Super Specials, including the pages featuring Dr. Doom, Spider-Man, and the Avengers—a highly unusual circumstance by today’s licensing standards), Adams argues that his proposed story may not have been published by Marvel anyway.

“It was KISS’s people that commissioned me to do the art,” he says. “I remember taking my kids down to a loft in Manhattan where the band was being photographed for press shots. My son Joel was the biggest KISS fan of all my kids, and I remember him leaning against a wall in astonishment the entire time we were there. Once Paul [Stanley], Peter [Criss], Ace [Frehley], and Gene [Simmons] came out to greet us, he was stuck to that wall and would not move!” 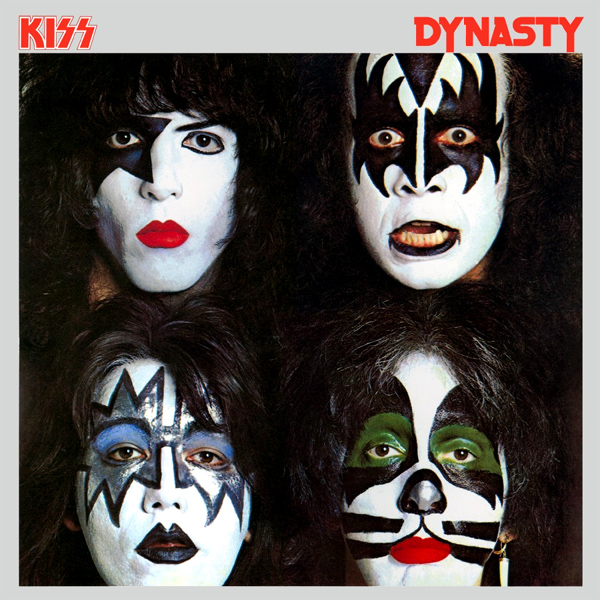 Former KISS art director Dennis Woloch recalls that day as well, with laughter: “I invited Neal to photographer Bernard Vidal’s studio in Manhattan to discuss possible projects while the band was being fitted for their all-new Dynasty costumes. He asked me if he could bring his kids to watch. I told him no, because it was a small space and there were hair and makeup people and other pros everywhere. We had work to do. He brought them anyway, which really pissed me off.

“I thought about kicking him out but realized he was an icon to comics as KISS was to music, so I let him and his kids stay. It all worked out.”

When asked how such an amazing piece of art was forgotten for over 35 years, Adams has this to say:

“I really can’t explain why the KISS piece was hidden for so long. When you draw thousands and thousands of art pieces—especially for projects that aren’t given the go-ahead—they sometimes get misfiled or lost to the universe. I recall drawing some KISS art that was inked by [the late] Dick Giordano, so it wouldn’t surprise me if more turns up at a later date.”

Another KISS-related revelation from Adams is that, sometime between 1978’s KISS Meets the Phantom of the Park and 1981’s proposed-but-canned film project Music from the Elder, he had developed a screenplay for a KISS theatrical film!

“My KISS film outline had the band—with all their superpowers—fighting cyborg-like robots inside a steel mill,” Adams says. “I remember speaking with Gene about the concept and wanting it to be big budget and futuristic like Blade Runner, which was out around then. Unfortunately, the outline was ahead of its time, and I believe it was Gene who canceled the project. When I saw Arnold Schwarzenegger in The Terminator a couple of years later, I knew my movie would have been a hit!”

Back Issue #101 is due 11/1. You can get it directly from TwoMorrows Publishing or your local comics shop.