EXCLUSIVE COMMENTARY: All the buzz on the modern remake of a Batman/Deadman classic.

It’s NEAL ADAMS MONTH here at 13th Dimension, and we’re featuring daily commentary by Adams on his variant-cover project for DC Comics. Each of his 27 variants is a twist on one of his famous covers from the past. He provided the pencils, and the inks and colors were handled by some of the biggest names in the business like Dave Gibbons and Bill Sienkiewicz. 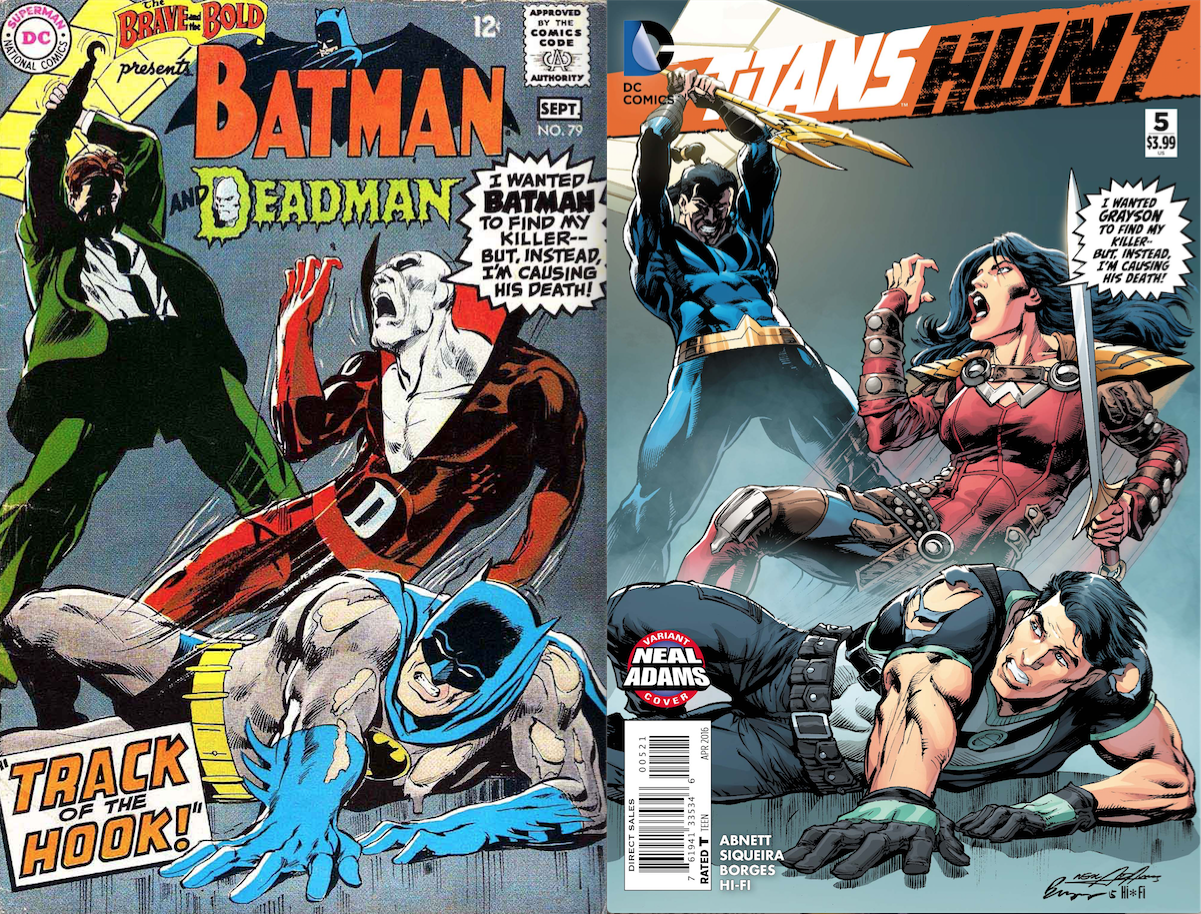 Dan Greenfield: So, this is the new/old version of the Teen Titans and your classic Deadman “Track of the Hook” cover.

Neal Adams: It’s a nice action cover. The composition was very good. I don’t know if this was the first combination of Batman and Deadman that I did with Bob Haney? (Note: It was.)

We had to beat Batman up on that cover an awful lot in order for Deadman to try to save him but, of course, Deadman is frustrated and screaming all the time anyway. And the implication is that that’s the Hook, the guy that killed Deadman. 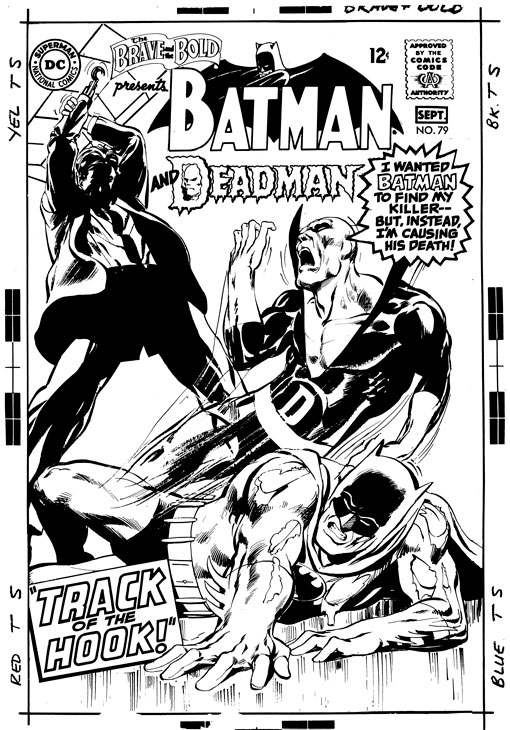 Neal: Yeah. So, he’s gonna kill Batman. Makes a nice dramatic cover and you can see the composition is totally filling the page so we did the same thing here (for Titans Hunt). The same kind of nonsense. It’s a nonsense action cover.

And I’ll say one thing about this. This cover was inked by Buzz—Aldrin Aw. Just one of the best inkings I’ve seen. I didn’t know necessarily what to expect but he did a great job on this cover. Maybe he was inspired, I don’t know. But this is quite a spectacular job. Not to diminish any of the other covers but I like this better than the original. (Both laugh) Really! It’s juicy and it’s got all kinds of stuff in it that I really like—all these elements and all the shading.

This, again, was a $50 cover (Note: What Adams was paid at the time) so it had to get done and knocked out. 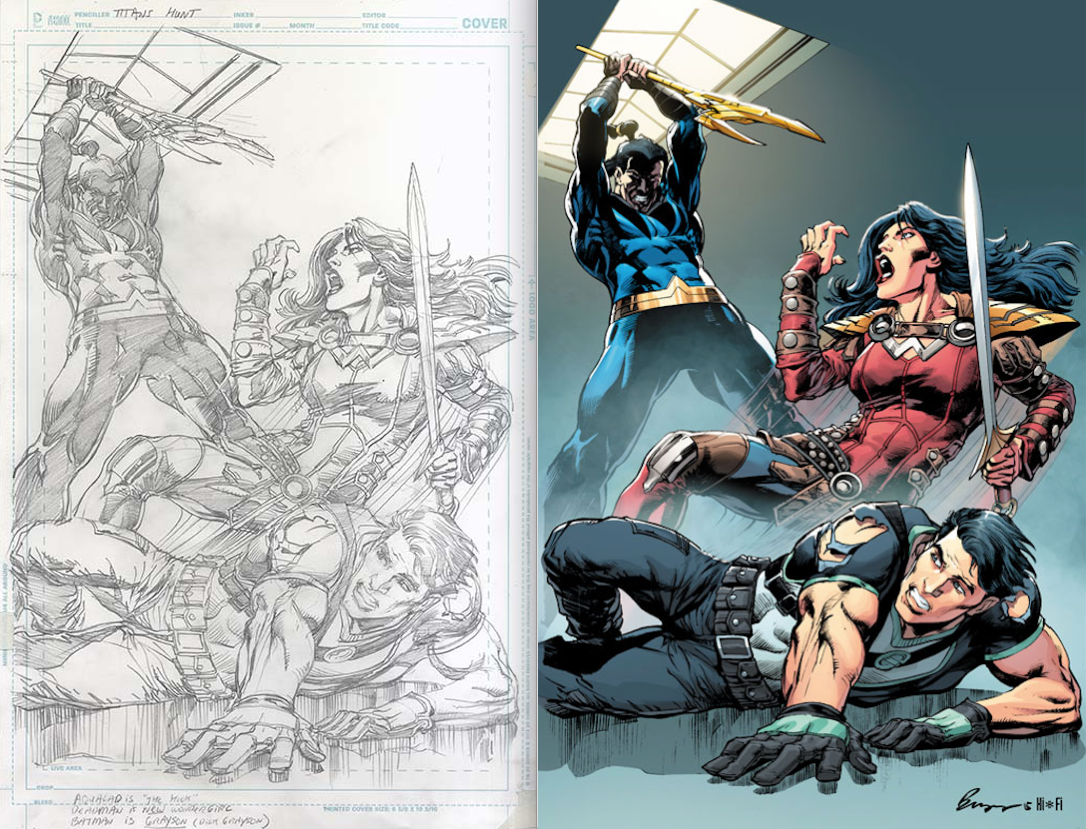 I’m also not used to doing these characters in these outfits but he—Buzz—being a fan, is geeky enough to pull my crap out of the pooper and make everything right. So he’s kind of a fan artist. He knows all this stuff and wherever I let down, he brought it up. If you look at the pencil on this, you’ll find that this is better than the pencil.

And I love to see that. … I expect to see him working for DC soon because that’s a great cover.

NEXT: Wipe that smile off your face, Sinestro … Click here.