A quick talk with the guest-star inker, who turned in some of the best work of NEAL ADAMS MONTH.

It’s NEAL ADAMS MONTH here at 13th Dimension, and we’re featuring daily commentary by Adams on his variant-cover project for DC Comics. Each of his 27 variants is a twist on one of his famous covers from the past. He provided the pencils, and the inks and colors were handled by some of the biggest names in the business like Frank Miller and Bill Sienkiewicz.

For the full NEAL ADAMS MONTH INDEX of stories — including commentary from about a dozen guest inkers — click here.

A really interesting aspect of NEAL ADAMS MONTH has been looking at the how the guest-star inkers approached their covers, especially the heavy hitters.

Still others have been superb — and I point specifically to the work of Kevin Nowlan, who nailed it time and again. He had three covers — two of which have been published, with a third coming in March: Green Lantern #49 (click here), Teen Titans #17 (click here) and Justice League: Darkseid War Special #1 (due soon). 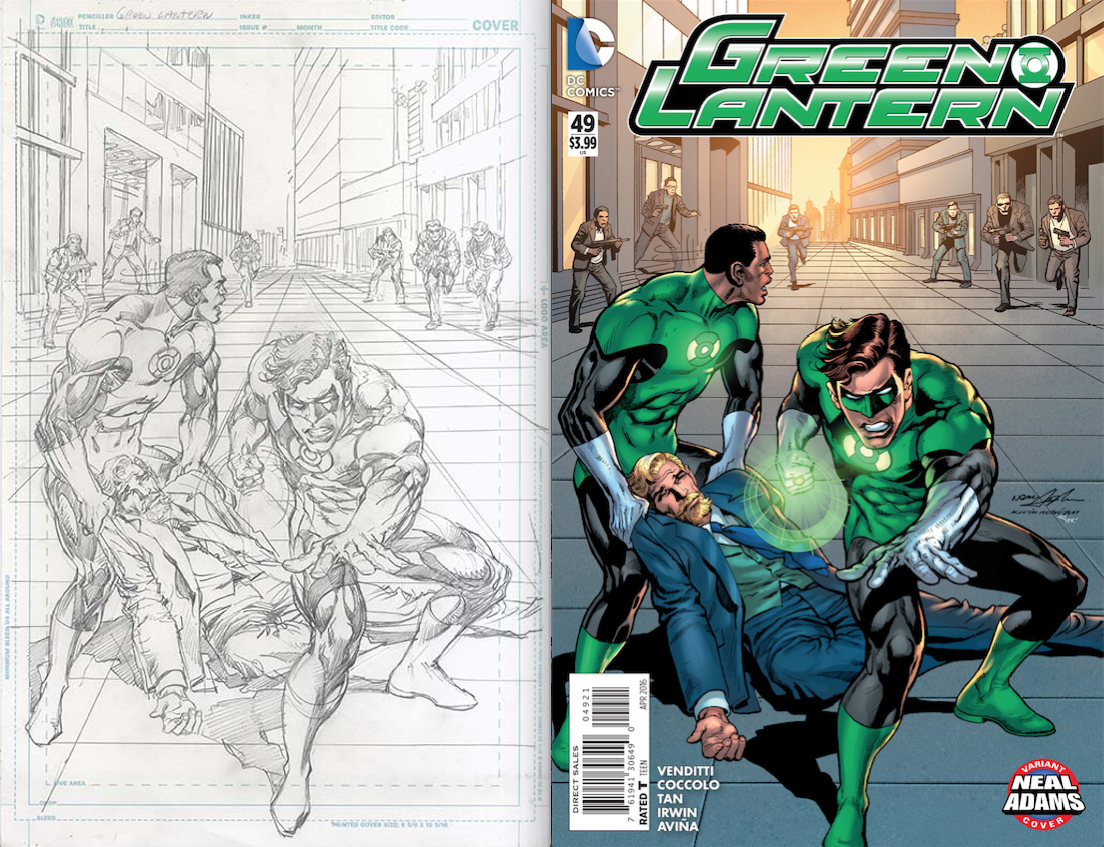 Hardcore Adams fans like to debate whether he’s better inking himself or when someone else does it. I think it depends on the inker, naturally, but for my money, Adams’ art never looked better than when it was inked by Dick Giordano.

It comes down to confidence, I think. Some of the guest inkers, judging by the linework on some of the homage covers, seemed to be intimidated, unwilling to deviate much from Adams’ pencils.

Then you get someone like Nowlan, who, as the best inkers do, acted like a de facto editor: Enhance the good and downplay or excise what’s unnecessary or distracting.

Nowlan didn’t simply put ink to Adams’ covers, he made them better. 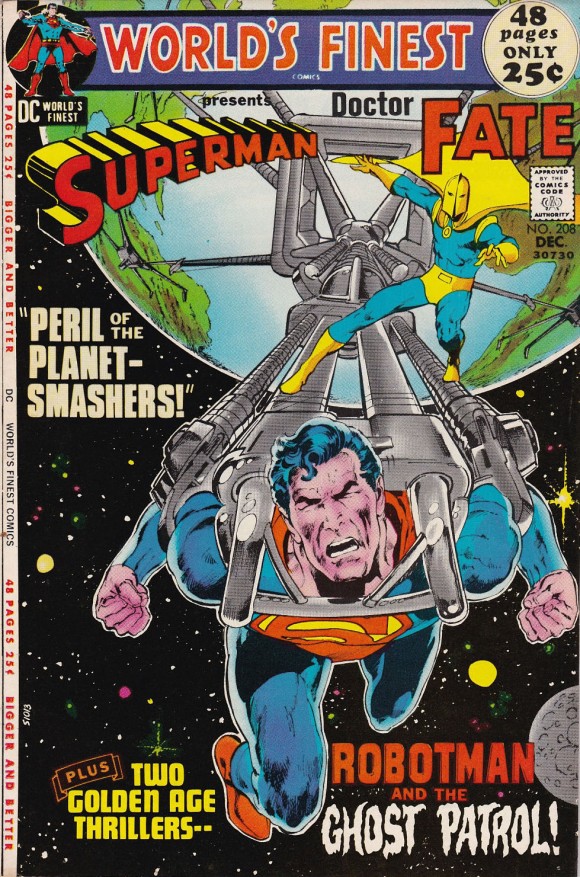 It combines extreme exaggerations of comic-book dynamics and tortured physics with fussy rendering and faux realism. The result is a 13-year-old kid either believes this scene could happen or he’s dying to pay the two-bit admission price to find out more.

It’s a stark, bold composition with the focus on Superman’s straining face. Adams is the Harrison Ford of comic artists. He never lets you down when you need a good grimace.

Kevin: I’ve always been a sucker for the dramatic shadows and gritty textures over a simple, bold design. From Adams (and Wood and Wrightson and Heath), I learned that photo realism was never really the goal. You want the art to have a stronger punch than that. So it’s really cartooning with a “realistic” skin.

Dan: You have your own style. Neal Adams has his. How did you work to meld the two on your homage covers?

Kevin: I really wasn’t trying to impose my own style over Adams. I was just trying to ink like him. Any place where my “style” appears is accidental… and probably inevitable.