Our previous installment featured The Flash #49, which was based on Superman #317. (Click here.) 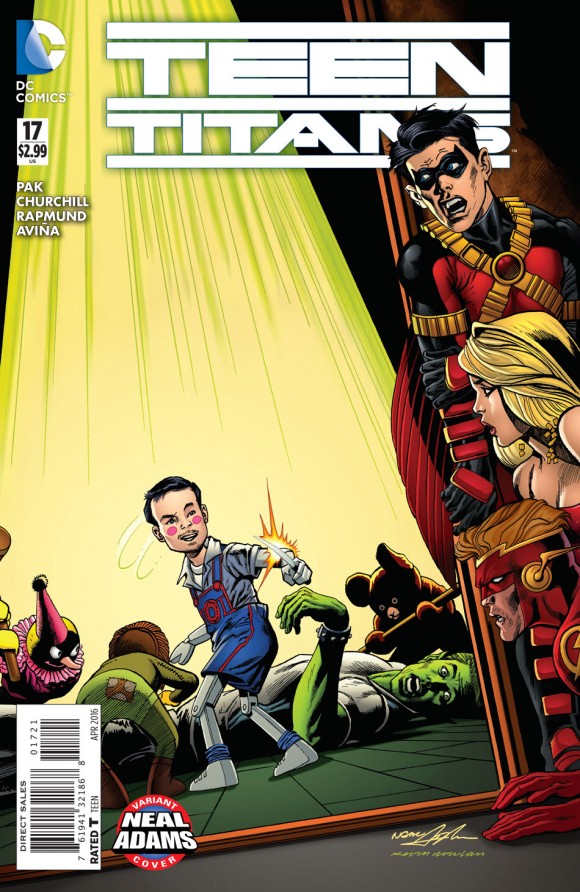 I’m gonna just get out of the way here and let Neal explain these covers — and the hidden-in-plain-sight gags: 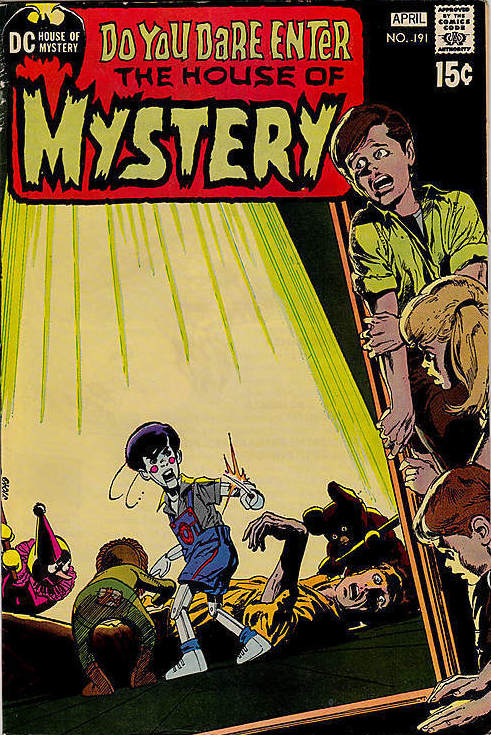 Neal Adams: This is one of those compositions that I had to talk the editor into because of what was a big empty space. But it’s a good idea because your eye will go right there.

Let me just tell you about covers. Covers, as well as any drawing, any composition, has to do with your ability to direct the viewer’s eye without them knowing it! OK?

There’s a thing they experimented on in the ’60s where they were able to track eyes and they would have people look at paintings and they would track the eyes. I don’t know exactly how they did it. So you’d see a line. It would go around on the painting and the eye starts here and it goes here and goes here and this, this.

In here, if you put an eye tracker on your eyes, you will look at him (indicates the top boy) and then you will go to him (the puppet). You won’t go to her. You go from him…to him. OK? Because you’re seeing his eyes pop. 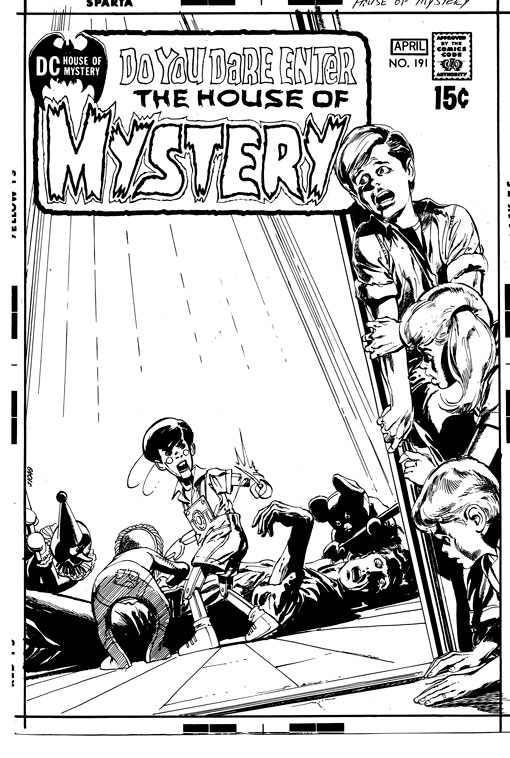 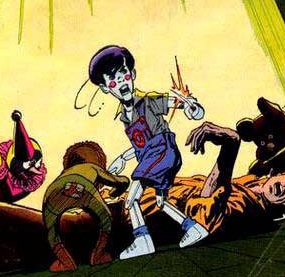 Dan: (Laughs) Then who’s that on the new one?

Neal: Do you know who Sal Amendola is?

Neal: The new one is Jim Lee. 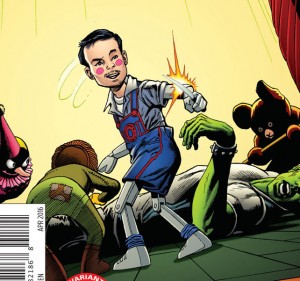 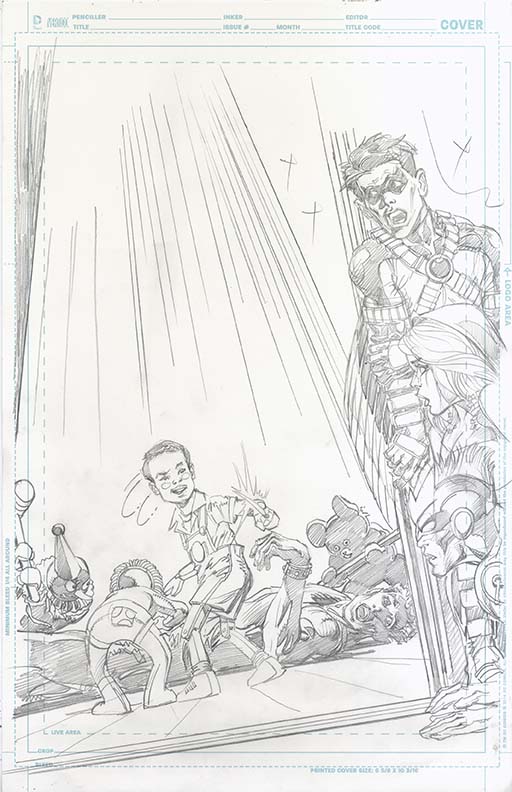 NEXT: An all-time favorite…