NEAL ADAMS MONTH: Father and Son (and Daughter and …)

The most personal connection in NEAL ADAMS MONTH.

It’s NEAL ADAMS MONTH here at 13th Dimension, and we’re featuring daily commentary by Adams on his variant-cover project for DC Comics. Each of his 27 variants is a twist on one of his famous covers from the past. He provided the pencils, and the inks and colors were handled by some of the biggest names in the business like Frank Miller and Walt Simonson.

For the full NEAL ADAMS MONTH INDEX of stories — including commentary by guest inkers like Brent Anderson and P. Craig Russell — click here. 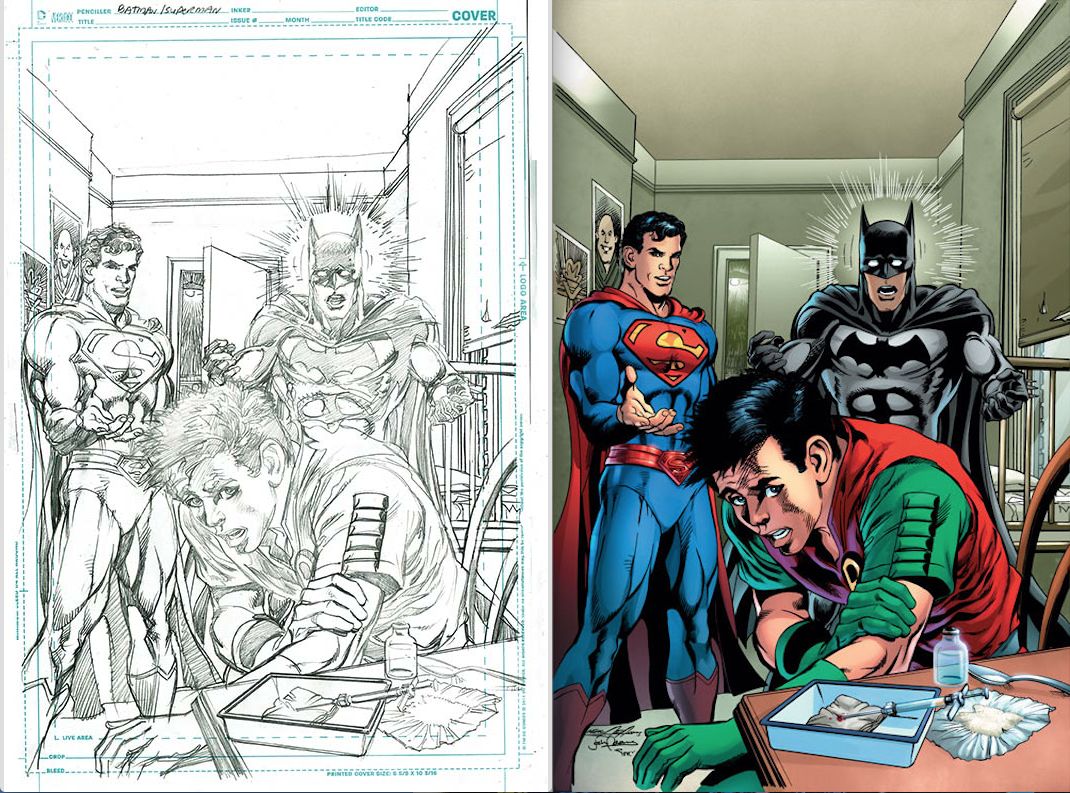 Batman/Superman #29 inked by Josh Adams and colored by Alex Sinclair.

The Adams clan is a pretty tight crew, a machine unto itself. Go to a convention, you’re likely to run into Neal’s daughter Kris, who keeps the plates spinning, or wife Marilyn, or any number of other members of the family, both immediate and extended. There’s a lot going on behind the scenes at Continuity Studios.

But for today’s NEAL ADAMS MONTH cover, it’s not just Neal’s handiwork on display for the public: His son Josh inked Batman/Superman #29 — today’s featured cover. (You can read more about it from Neal’s perspective, here.) 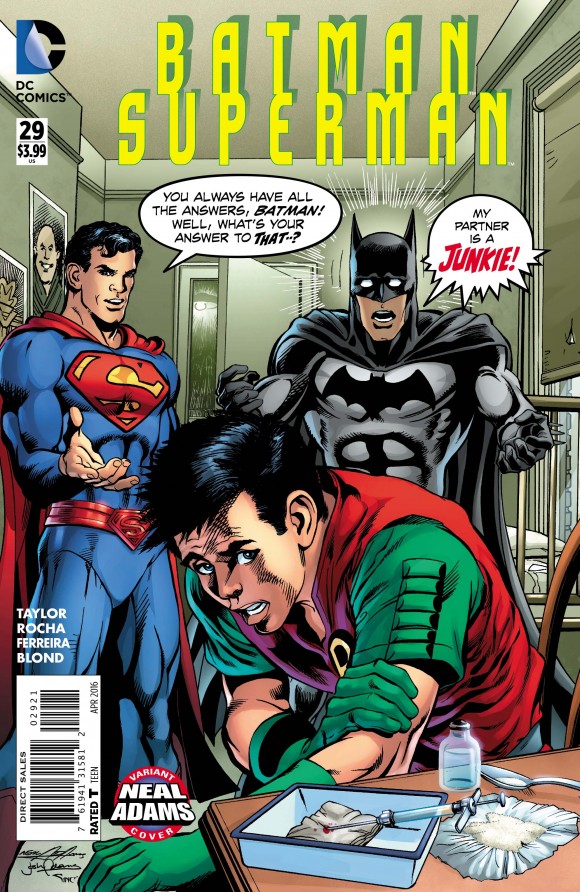 We’re asking all of Neal’s inkers this month some quick questions about working on this project — and here’s Josh Adams:

Josh Adams: Detective Comics #400, featuring Batman squaring off with Man-Bat as giants standing over Gotham. Without having to dissect its meaning, the cover is cool. 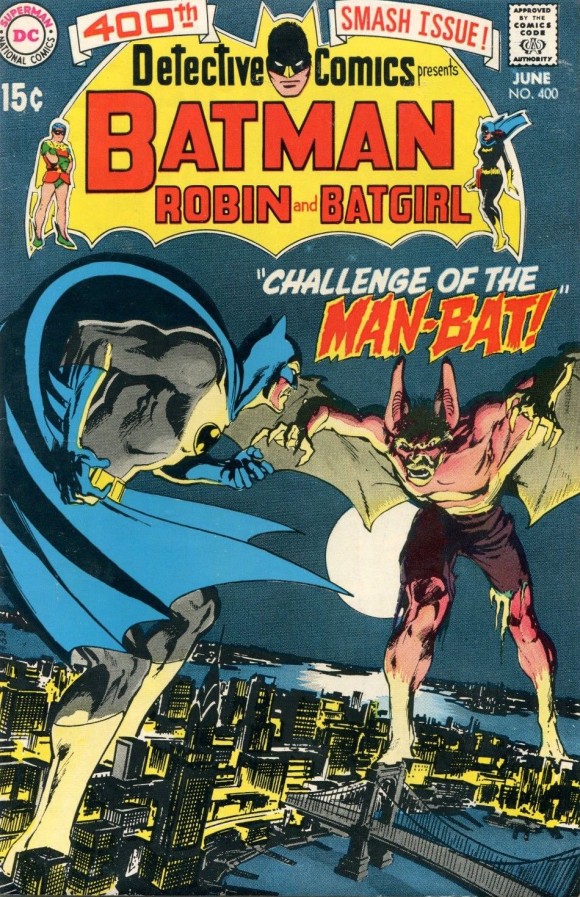 Josh: Well, being that he is my dad, probably influenced me more than most. As a little kid I sat next to him at his desk and drew superheroes. I’d have to say that as a father he made being an artist more magical and special than he ever could as just “Neal Adams.”

Dan: You have your own style. Neal has his. How did you work to meld the two on your cover?

Josh: I’m there to complement his pencils with my inks and to elaborate on the story he’s telling as I’d hope he wanted. My style is just doing the best I can.