MODOK Gets His Own Book Collection — Wait, What?

Home » COMICS HISTORY » MODOK Gets His Own Book Collection — Wait, What?

So, OK. There are a gazillion trade collections starring Spider-Man out there. And gazillions more starring the Avengers and their various members. And even more gazillions starring… oh, you get the idea.

But you know who’s getting his own collection at the end of the year?

That’s right, MODOK. (Or M.O.D.O.K. — Mental/Mobile/Mechanized Organism Designed Only for Killing — if you prefer.) 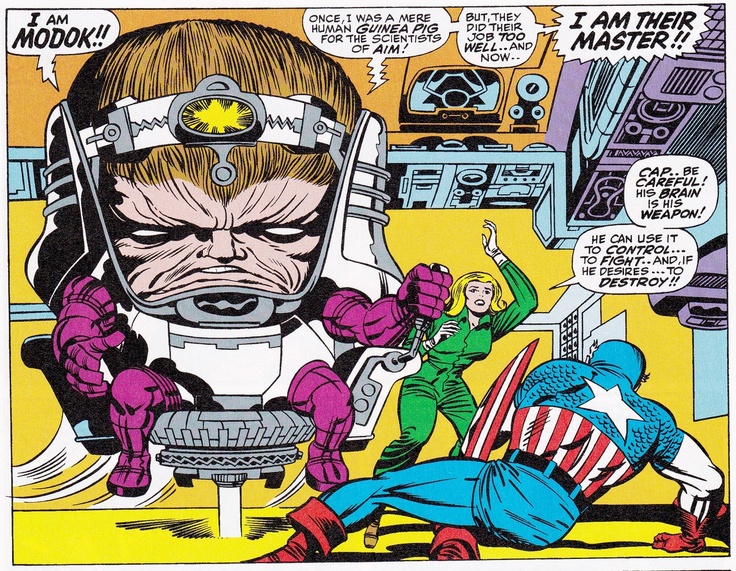 Dig this official blurb on Amazon:

M.O.D.O.K. takes on the Marvel Universe in this heady collection of his greatest hits! A.I.M.’s greatest and most bizarre creation, the Mental Organism Designed Only for Killing, has a brain as powerful as it is oversized – and a burning desire for world domination! Watch as M.O.D.O.K. butts heads with Captain America, Iron Man, the Champions, the Hulk and the Fantastic Four, and even takes a bride?! Plus, M.O.D.O.K. gathers a team of villains for the ultimate heist! And on Battleworld, M.O.D.O.K. is the fearsome Merc with the Maw! But what happens when the Avengers are transformed into M.O.D.O.K.s too?!

That’s not all, either. Tigra is getting a book too, right around the same time in December, according to Amazon: 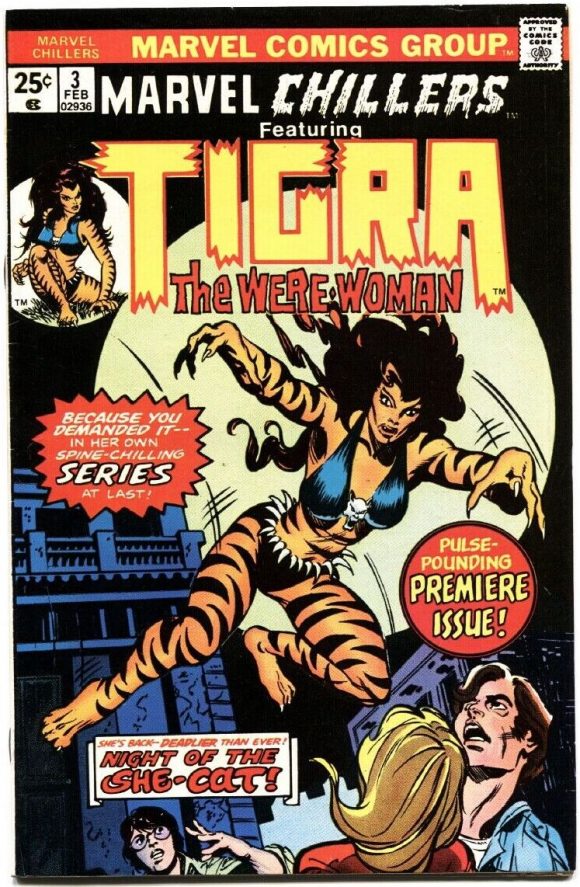 Marvel’s feline fury is on the prowl! Before Greer Grant Nelson became Tigra, she was the Cat – a costumed hero taking on foes like the Owl and the Man-Bull. But an encounter with the mystical Cat People soon unlocked her full potential – and Greer became Tigra, the Were-Woman! Transformed into a feline fi ghting force, Tigra soon made her mark on the Marvel Universe – clashing with Werewolf By Night, Kraven the Hunter, Red Wolf and more, and leaping into action alongside the Thing and Spider-Man! Plus, join Tigra on the trail of a killer in a moody crime drama illustrated by Mike Deodato Jr.!

What, is December C-List Month?

Both are almost certainly part of Marvel’s push for its upcoming slate of cartoons that includes solo series for MODOK and Tigra (among others) and will culminate in something called Marvel’s Offenders.

Whatever. Cool. I just like living in a world where either one of these characters can carve out a little shelf space of their own. (13th Dimension contributor Anthony Durso called for a Tigra collection a few months back, as it happens.)

One thing, though: Neither book has been formally solicited by Marvel yet. So anything can change between now and December.

But that’s pretty much true of anything, isn’t it?