Classic AVENGERS VS. FANTASTIC FOUR Battles to Get Book Collection

This wouldn’t have anything to do with the Marvel Cinematic Universe… would it? 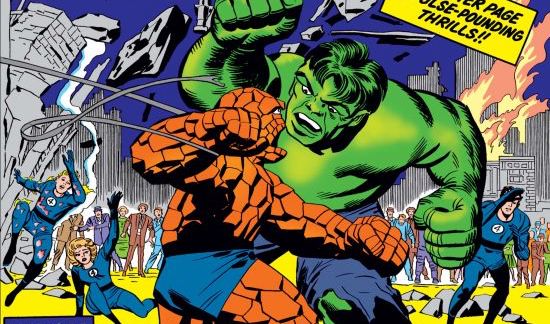 From FF #25. Pencils by Jack Kirby. Inks by George Roussos.

Here’s something floating under the radar: Marvel in December will be releasing Avengers vs. Fantastic Four, a trade collection featuring classic showdowns from the Silver and Bronze Ages (and then some), according to a listing on Amazon.

That’s cool enough, right? But it does make me wonder: Why now? See, publishers frequently release collections timed to some larger, multimedia event. For example, Marvel is planning collections for MODOK and Tigra, given they’ve got new animated series coming out soon. (Click here for more on that.)

Now, sometimes a cigar is just a cigar and this is coming out… just because. Or maybe there’s some reason I’m not immediately picking up on. But, gee, I gotta wonder if this isn’t signalling the Fantastic Four’s arrival in the Marvel Cinematic Universe.

Think about it: July’s Spider-Man: Far From Home is introducing a multiverse to the franchise — which would explain why we’ve not seen Marvel’s First Family or the X-Men in the MCU. And then there’s all the hubbub over actor David Harbour’s comment that has people speculating that the Thing could appear in the Black Widow movie.

So it does make you think.

In any event, here’s the official description: 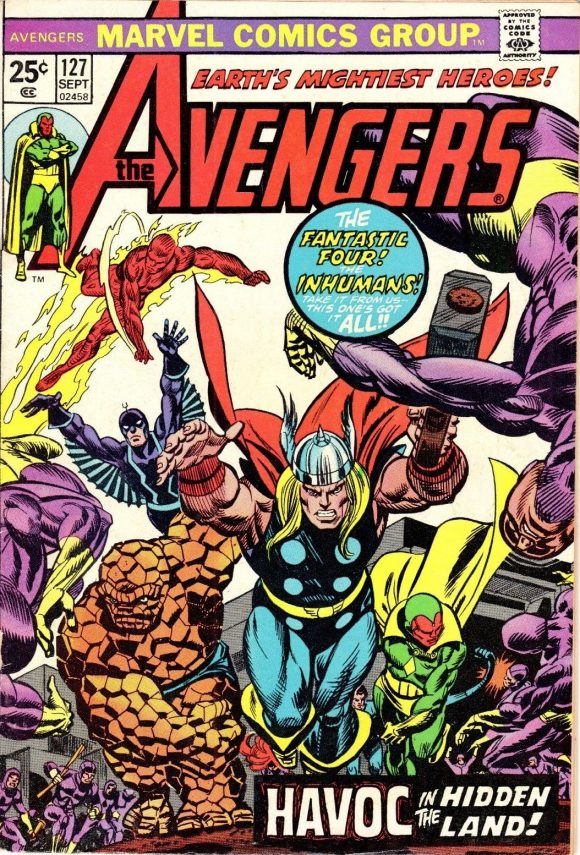 Marvel is using this cover by Gil Kane, Mike Esposito and John Romita as a placeholder image.

Earth’s Mightiest Heroes and Marvel’s First Family share some of their greatest adventures! First, it’s the battle of the century — the Hulk vs. the Thing! And it’ll take the combined forces of both teams to stop the destruction! Worlds collide again when Ultron-7 crashes Quicksilver and Crystal’s wedding! And the Avengers and the Fantastic Four each have roles to play in cosmic encounters with Annihilus and the Skrulls! Then, on a break from the FF, Mr. Fantastic and the Invisible Woman actually join the Avengers for the Super-Nova saga! The New Avengers and the Fantastic Four face the Kree – -but why are Hank Pym and the Mighty Avengers breaking into the Baxter Building?!

Now, the usual caveat applies here. Marvel hasn’t officially solicited this one yet, at least as far as I can tell. So plans can change.

But keep your eyes — and ears — open…