I’m a late adopter on “Arrow,” the CW’s adaptation of the Green Arrow story. I watched the first couple episodes of Season 1 and was left pretty lukewarm, so I let it go. But as the season wore on, I kept hearing about how good the show was getting. And that drumbeat just kept getting louder and louder.

Fans were especially pleased with how immersed the show was in DC Universe culture. Its predecessor, “Smallville,” about Superman’s (too-long) coming of age, was always at its best when it embraced its source. So late last month, we began binge-watching the show here at 13th Dimension HQ and we’re already all caught up.

I’ll tell you now: Believe the hype, because the first half of this season alone has had at least a half dozen F-Yeah moments. It’s an excellent show and its star, Stephen Amell, has become increasingly comfortable in the role of Oliver Queen. 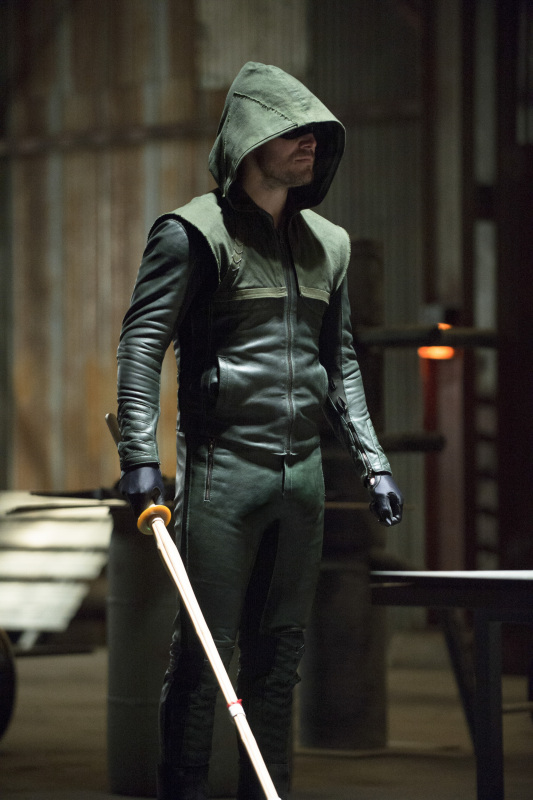 Plus, there’s this name that keeps popping up: Ra’s al Ghul. (A lot of fans are even speculating that Oliver’s corporate rival, played by Summer Glau, is his daughter Talia.)

This is a show that practically bathes in its DCness and I can’t get enough of it. The show has two more episodes before it goes on a mini-hiatus (the Olympics are coming, you know) and judging by the synopses I’ve read, a lot is going to happen, including Ollie’s long-awaited training of Roy.

Last night, I spoke to Stephen Amell by phone from Los Angeles before he headed back to set in Vancouver. We covered a lot of ground in a short period of time: 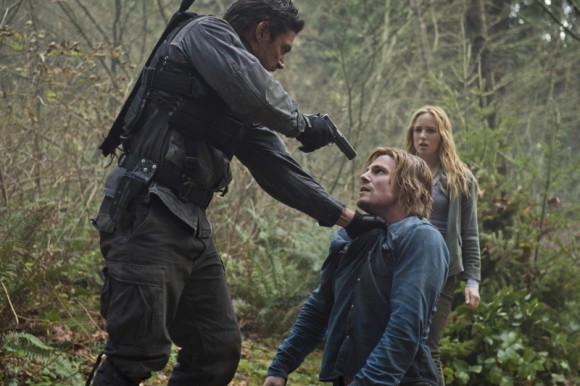 Dan Greenfield: I know there are going to be a couple of episodes, then you’re going on hiatus. So how in broad strokes would you describe what we’re going to see on the next two shows?

Stephen Amell: We’re really solidifying our (connection to the) DC Universe. … We have Deathstroke, we have me training Roy and his possible introduction. And we are getting to the point of a real culmination in Katie Cassidy’s storyline and that downward spiral her character (Laurel Lance) is on at the moment. It’s definitely still the midseason but we are starting to see the hints of what our end game is.

You talked about the DC Universe … I noticed in … the second episode to come, there’s a character in there who seems like she might be directly connected to Ra’s al Ghul.

What can you tell us about that? Without spoilers.

Basically we have a visitor — we have another visitor — from Nanda Parbat and she is none too pleased with Sara’s defection away from the League (of Assassins) … and definitely has a connection to Ra’s al Ghul. (Note: In the world of “Arrow,” Sara Lance is Canary.) 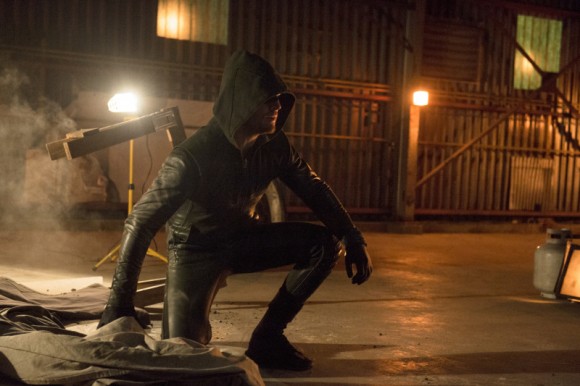 I know you’ve said in the past that you were interested in seeing Batman on the show, or at least that’s how you were quoted. What other characters would you like to see come up either later this season or a following season of “Arrow”? What would you think would be realistic, let’s ask it that way.

Yeah, people always ask me, ‘What’s your ultimate dream character?’ and obviously Batman because of the parallels with our two characters. But on a more realistic note, and a more immediate note, we’ve now said Ra’s al Ghul’s name on the show, oh, I don’t know, 10, 15 times and y’know we don’t want to keep namedropping somebody and then not have that person show up.

I really hope that we’ll get to use that character in some capacity. That would be my ultimate now. I’m sure that will change as time goes on.

Now, a couple questions about you and some of the other characters on the show. You have a really great chemistry with the other members of Team Arrow: David Ramsey (as back-up muscle and confidant Diggle) and Emily Bett Rickards (as computer-whiz Felicity). Are you friendly outside the show or is it just strictly on set. What’s that relationship like — because you really do have a very natural chemistry with those two actors.

Yeah, Emily’s been great. I’ve been with Emily since her first day on set. And David’s great. David was at my house yesterday for a party and we’ve become very good buddies off screen. 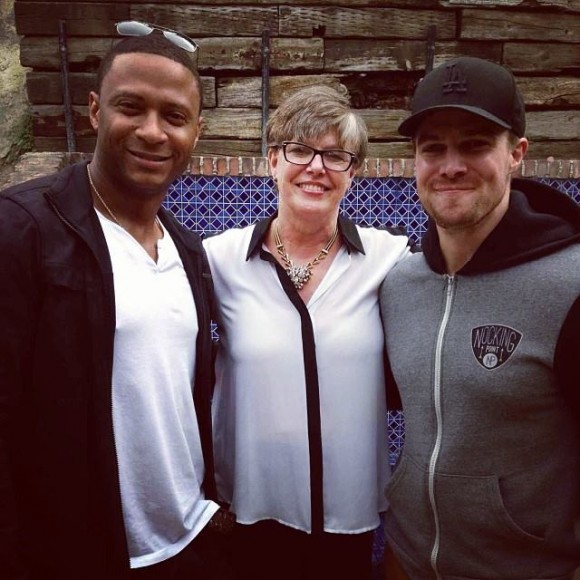 Stephen Amell posted this on Facebook on Sunday: That’s his mom flanked by him and David Ramsey.

Y’know we have these days, foundry days, days in the Arrowcave — we’re usually banging out eight or nine pages of dialogue and a lot of those will be quick-talking … Emily’s always got a mouthful to say and we have a lot of fun goofing around and just making those days not get stale because you do them a lot. There’s just an easiness. If I could put my finger on what makes good chemistry, I’d be probably a very high-powered studio executive. I don’t know. I think a lot of it is luck of the draw. … We’re just lucky, I guess.

Now, if you got to choose who Oliver would end up with, whether it would be Felicity or Laurel or Sara, who would you pick?

(Short pause) I mean there’s just no good way for me to answer that question because (Dan laughs) I’m gonna piss off a huge percentage of the fan base even by neglecting to answer. Which is what I’m going to do.

So I’d just like him to find someone that he can be happy with. Or be happy by himself.

I don’t think that’s going to be the option.

No, that’s obviously not going to happen (Dan laughs) … They’re not gonna have him without a love interest. … It is television. But I just want him to be happy. 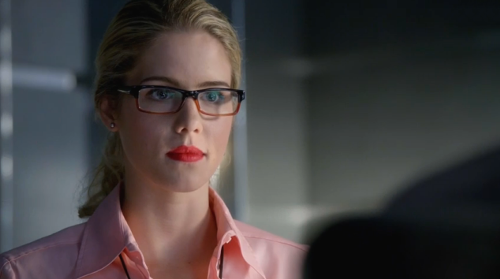 For the record, I’m on Team Felicity.

Now, your relationship with Colton Haynes as Roy Harper — what are the chances we’re going to get to see him in a full, red outfit by the end of the season?

Oh, boy. I don’t know. You mean not a red hoodie, like a full, red outfit? Hunh. Don’t know! That’s not for me to say. I know that’s the natural path. I hope it happens but I don’t know if it’s going to happen. I’d say like give it like a (pause) 25 percent chance. 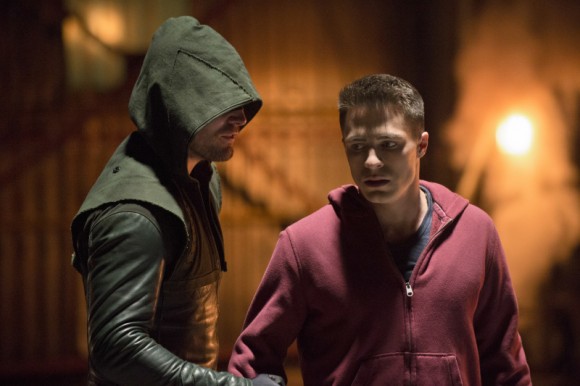 On that point, you’re a season and a half in, how much say do you have as far as weighing in on Oliver’s direction or the direction of the Arrow? Where does it stand for you at this stage of the show?

Y’know, I’m not in the writer’s room. I don’t have a say in future storylines. I do know that I sit down with Marc Guggenheim and Andrew Kreisberg and they pitch me stuff. … They certainly aren’t asking for my permission. But we have a really nice system where I usually get a chance to read a slightly earlier draft of the script than what’s the shooting draft. And I get a nice dialogue going with the producers. I’m really happy and proud to say that they almost always take my input and put it into the show.

I’m tweaking things at a very superficial level but it’s important because there are little things that I notice because I live in this character every day. It’s become a really nice collaboration, but they are most definitely still my bosses and I do what I’m told.

It’s a completely separate bubble. I live in the bubble of our show and I actually don’t like any outside influences. 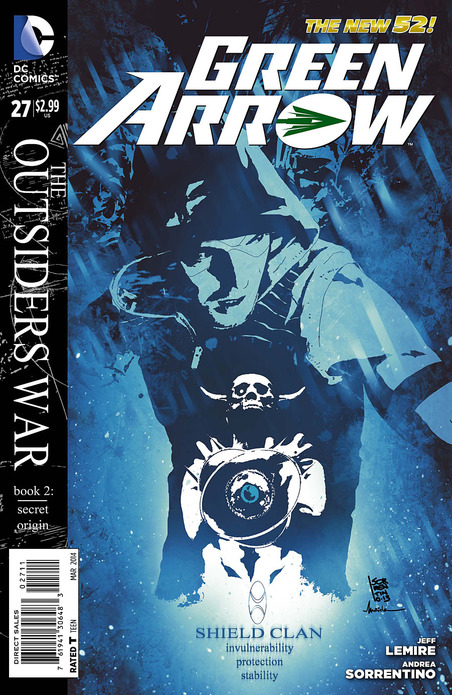 Despite the similarities, this is not Stephen Amell.

Got it. For fans who are a little bit behind, or who are just starting on the show now, what would you tell them to get them interested and get them to take the plunge at this point?

I tell them they don’t have to be a comic book fan to like the show. I tell them to read some of the articles that have been written about our second season and the type of transformation that we’re making. And I tell them literally to watch the first two acts of the pilot. And by the time I break the guy’s neck at the end of the second act, if they’re not in, then (pause) God bless them.